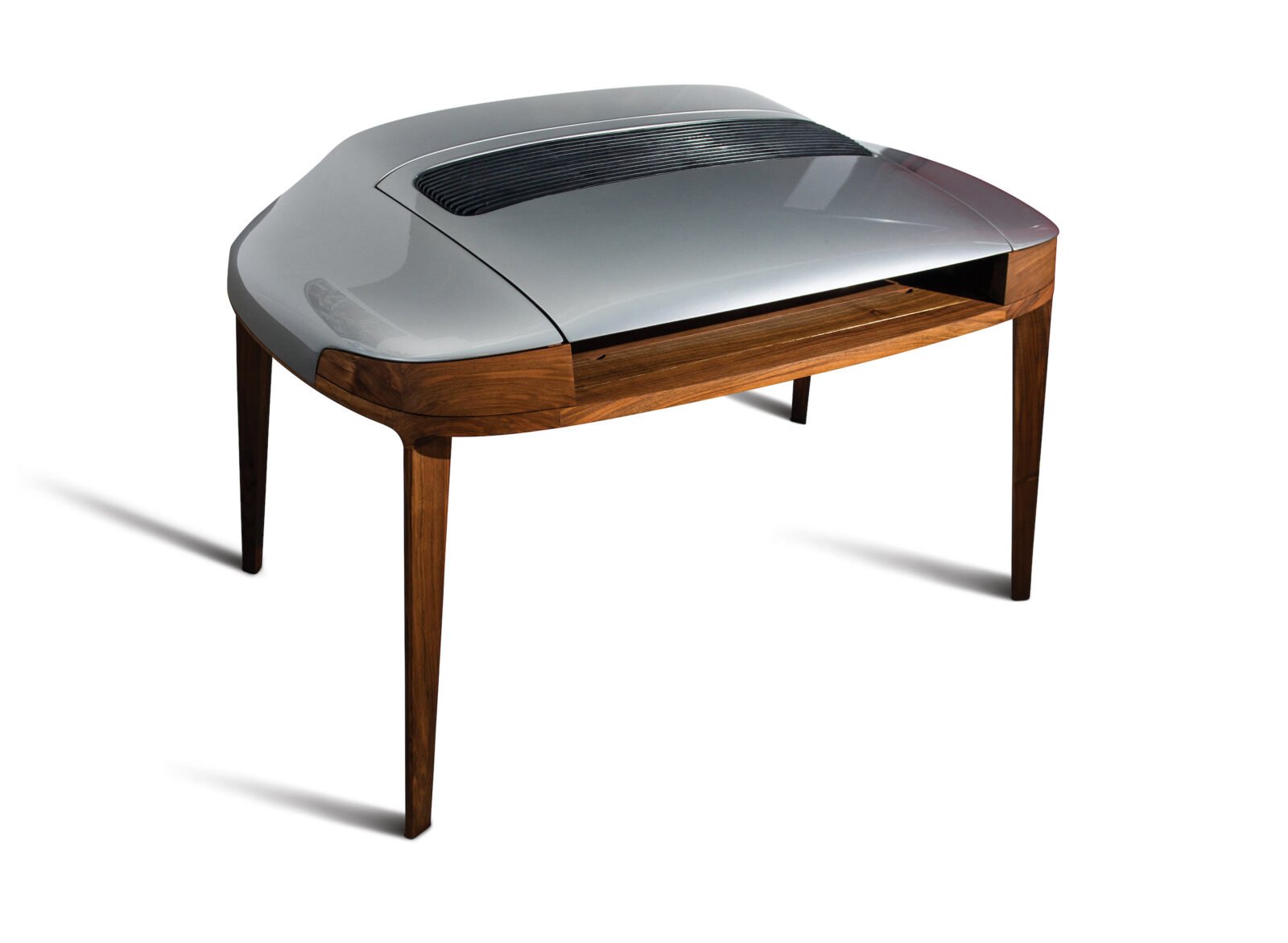 This Porsche writing desk was handcrafted from American walnut and fitted with 100% original Arctic Silver Porsche body panels. The desk is the work of 3 GJB 17, a boutique French company that specializes in turning vintage car parts into the kind of modern furniture that industrial designers lust after.

Only 3 of these desks were made by the team of wood and metalworkers at 3 GJB 17, each has the same basic design with some color variations. The Porsche engine compartment lid opens to expose a beautiful American walnut desk with a drawer on each side, and a pen compartment under your wrists.

Ideally suited to ownership by a Porsche owner, or aspiring owner, this desk would make an ideal location to store your 911 owner’s manuals, service books, and parts catalogues. 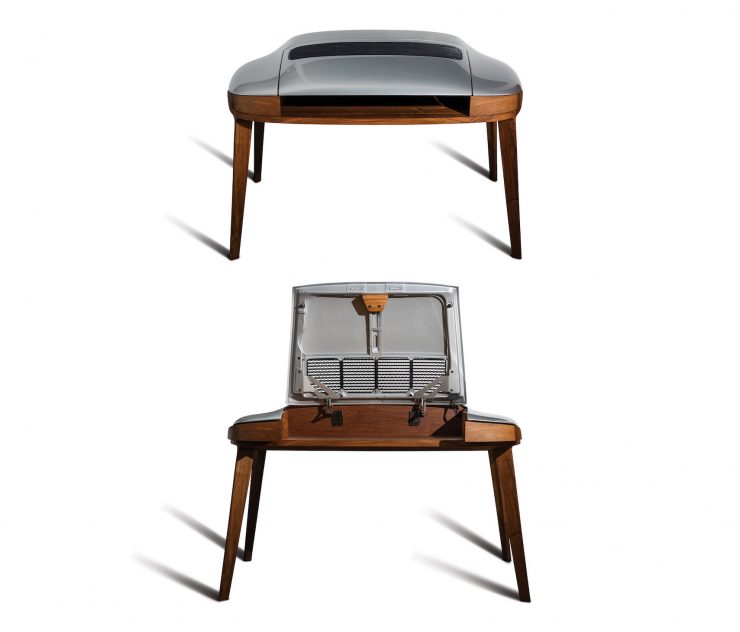 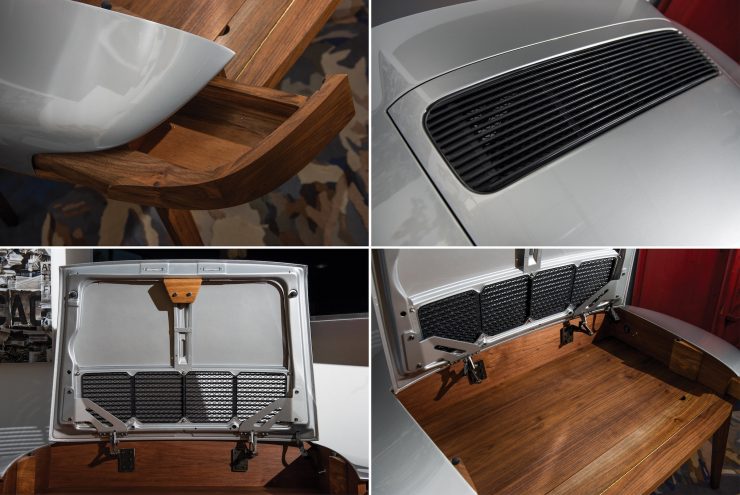