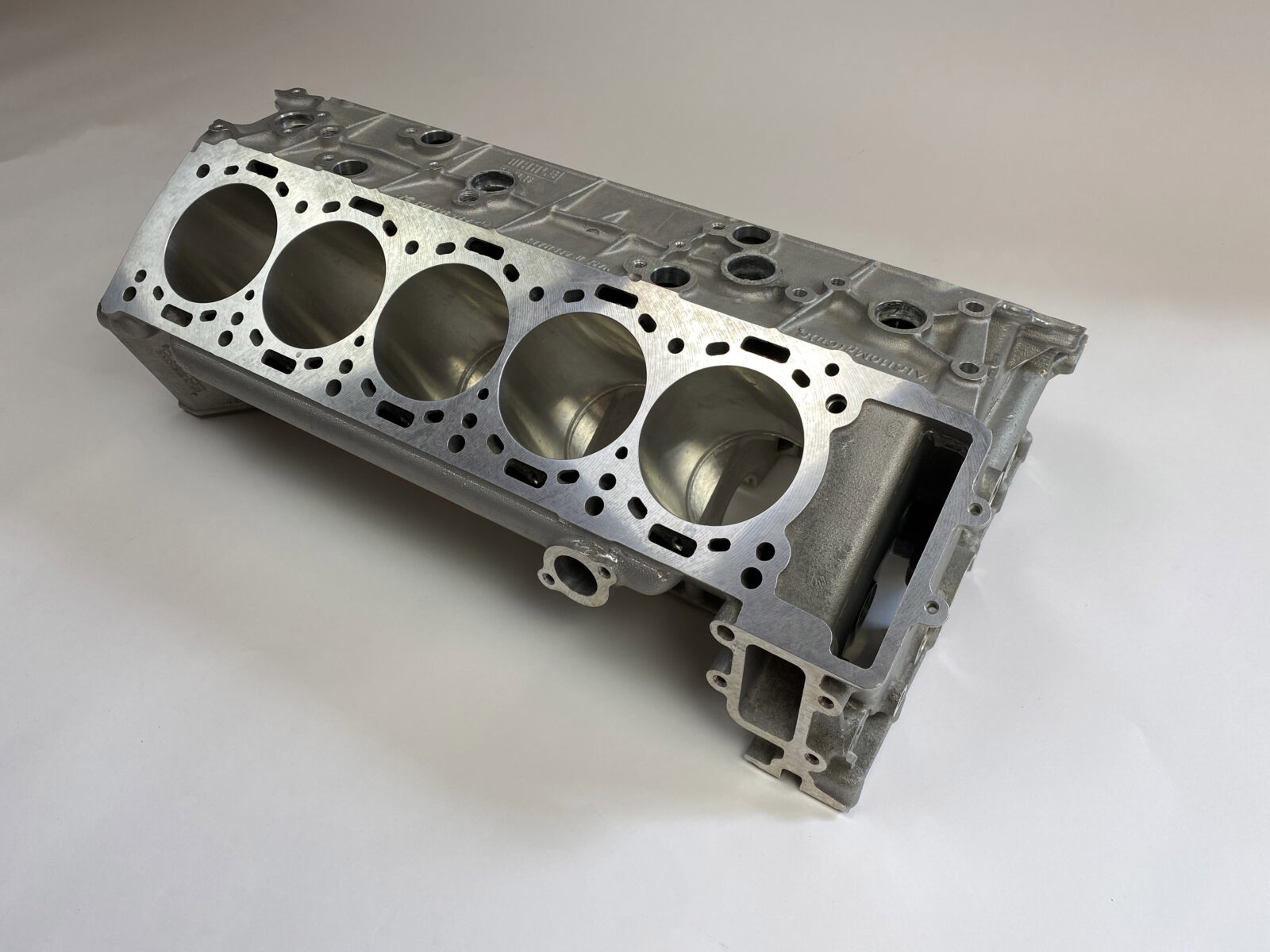 This is an original Porsche Carrera GT engine block, it’s been completely stripped down of all its components and it’s being offered for sale as a bare block that’ll likely be used as a display piece.

The Porsche Carrera GT engine has a fascinating history, development first started out back in 1992 when Porsche secretly developed the V10 for the Footwork Formula One team. This project was shelved before completion however the engine refused to go quietly, it was resurrected in the late 1990s for a planned Porsche Le Mans prototype.

This Le Mans prototype project was also shelved, however a modified version of the engine was fitted to the Porsche Carrera GT concept car first shown at the 2000 Paris Motor Show. The public response to this car was so strong that Porsche decided to put it into limited production, helped along by the fact that the then-new Porsche Cayenne had given the company a much-needed boost in income.

The Carrera GT was an advanced car by the standards of the early 2000s, and it would still be classed as such today, it’s built around a rigid carbon fibre monocoque chassis, 380mm SGL Carbon disc brakes, a twin-plate ceramic dry-clutch, and a 600+ hp all-alloy V10 engine.

The engine had been significantly change from its earlier Formula One and subsequent Le Mans configuration to make it suitable for road use. It’s a 68° V10 with an aluminium alloy block and heads, chain driven double overhead cams per bank, four valves per cylinder, variable intake valve timing, sodium-cooled exhaust valves, a compression ratio of 12.0:1, and a swept capacity of 5,733cc or 5.7 liters.

Over the course of the 2003 to 2007 production run Porsche built 1,270 examples of the Carrera GT, today they remain highly sought after and the model is remembered as one of the great supercars of its time.

This bare Carrera GT engine block is due to cross the auction block later this month, it has a price guide of €3,000 to €5,000 and at the time of writing we don’t have a whole lot more information about it. If you’d like to read more or register to bid you can click here to visit the listing. 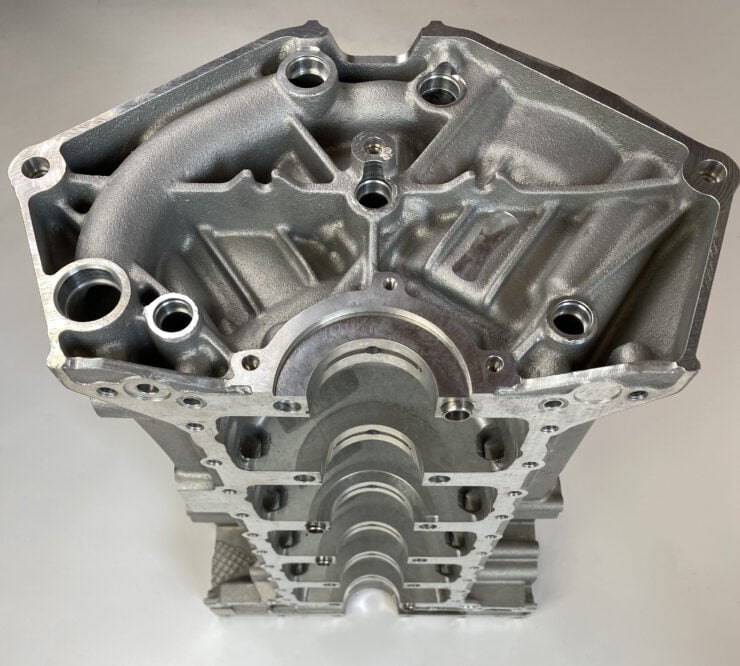 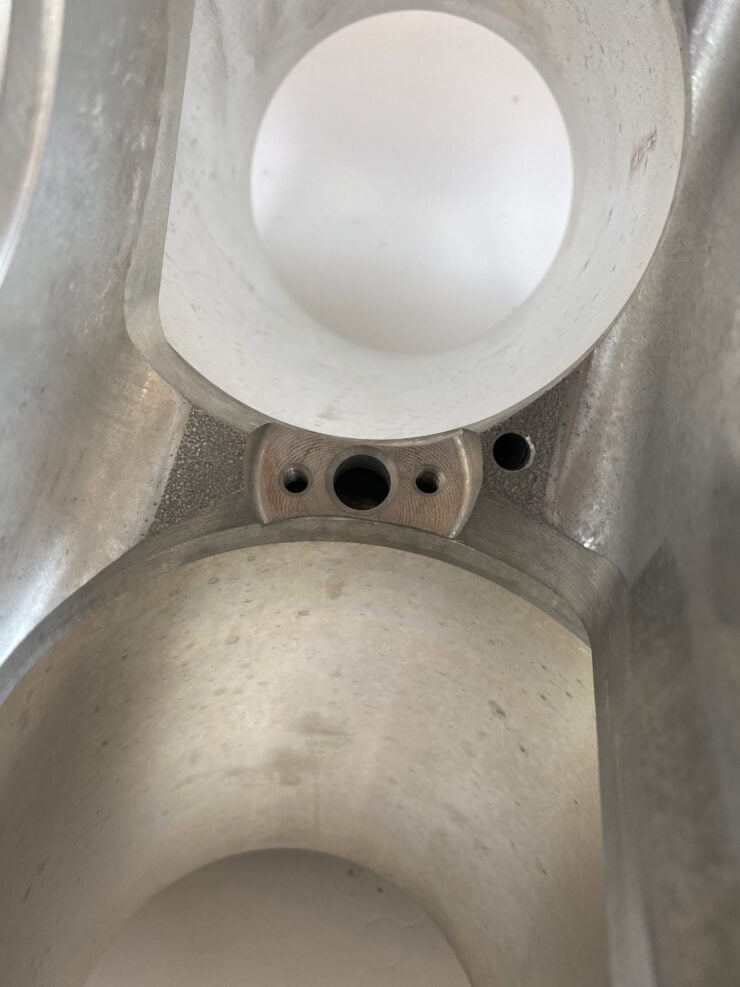 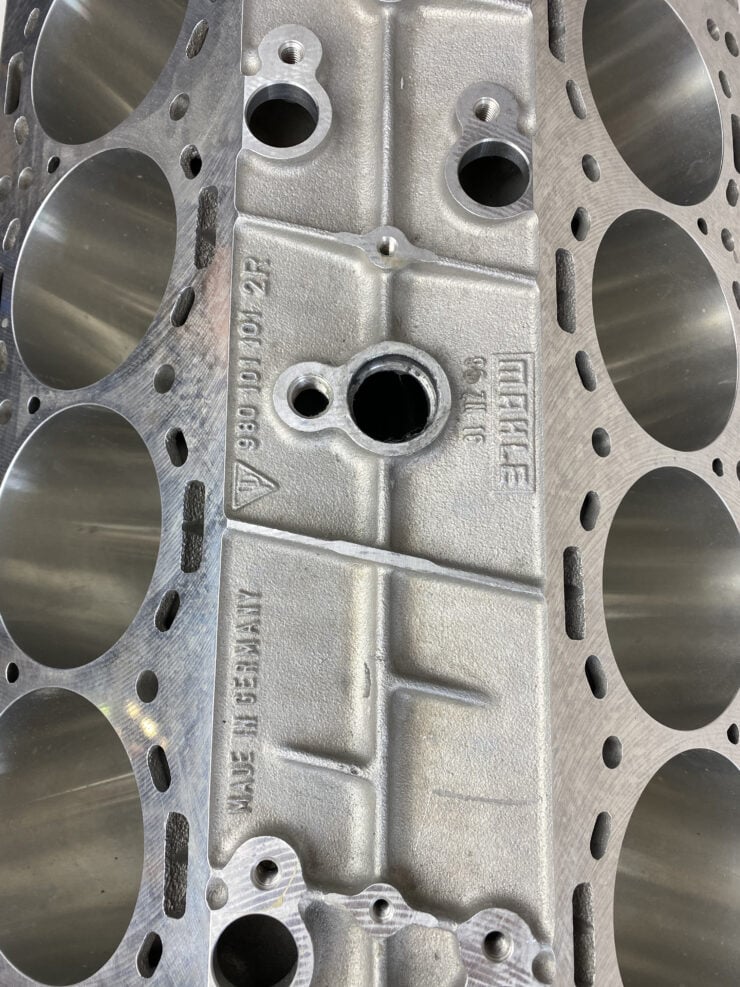 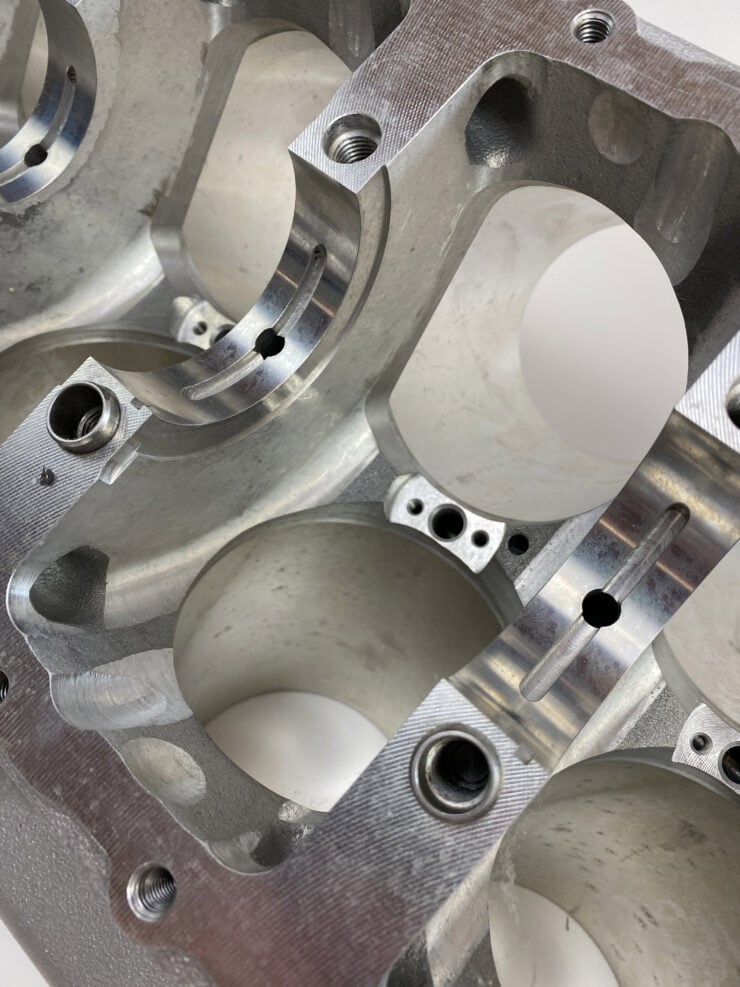 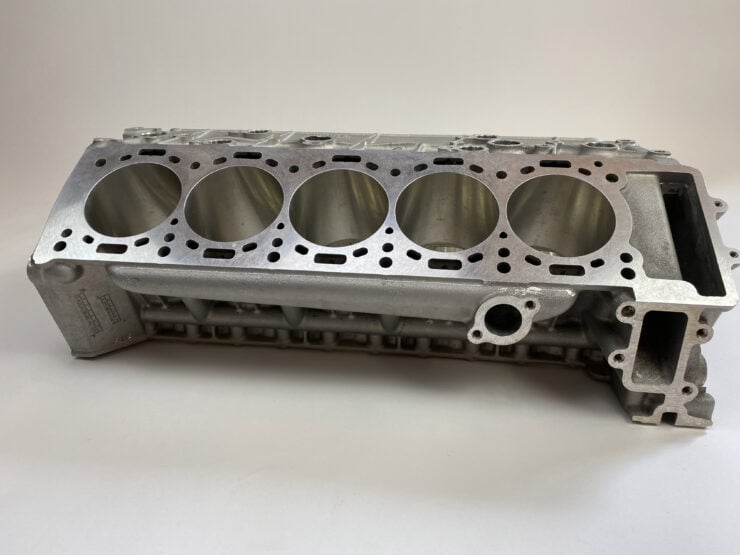