It’s The Ryans! A Story About A Yellow Car 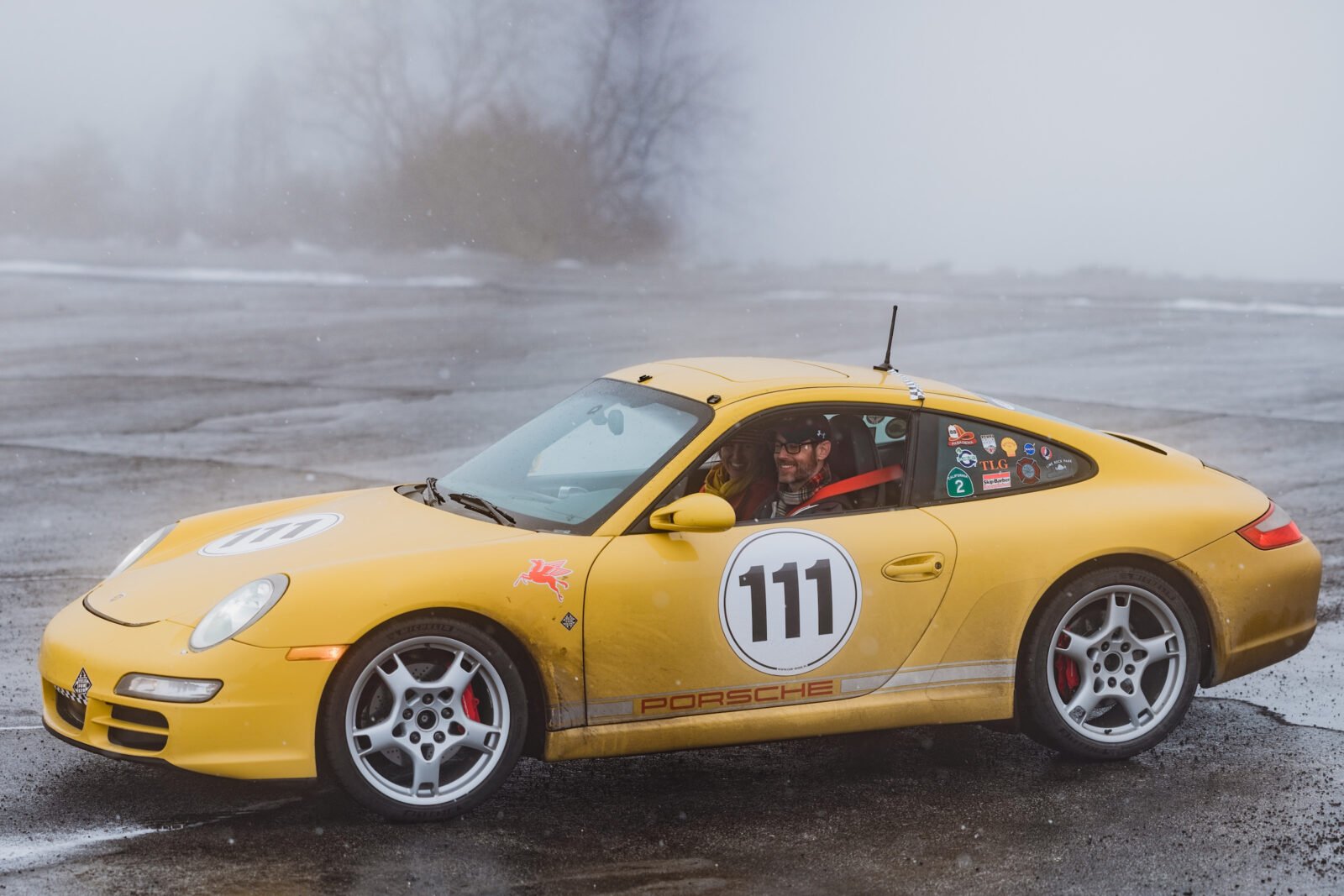 Los Angeles is home to a vast array of renowned personalities, landmarks, and industries – none more celebrated than the business of film. It was in this industry that J and Nicole Ryan first planted their professional roots as a producer and publicist, respectively.

Although working in the film industry is an ambition of creative nature it remains, first and foremost, a business. It wasn’t until later in life, when the Ryans were thrown a difficult curveball of sorts, that they were able to use an impossible situation as a catalyst to convert their professional paths into ones which also allowed them to express their passions. This curveball, which I’ll get to in a moment, left the Ryans with a choice – a choice which turned on a well-driven Porsche 997 affectionally dubbed “Yellow Car.”

Yellow Car is a 2005 Porsche 997 911 S. The 2005 model marked the awaited return from the mired “runny egg” design choice that Porsche had made years prior. Purists rejoiced the classic round headlights, and the sales steadily increased until 2008, and have since enjoyed exponential growth. 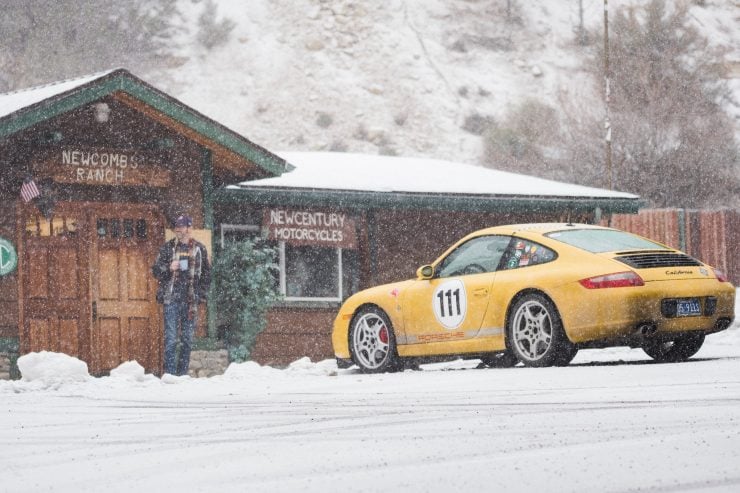 I can hear you groaning now, “So this is just another 997 S?” Well you couldn’t be more right/wrong! Confused? Let me explain. While this IS another of the variety that you, as a likely petrolhead, have read countless articles about, Yellow Car couldn’t possibly stand out more, whether walking past it or sitting inside.

At first glance, your eyes are met with a colorful mosaic of decals, each of which tells a story. From the Telefunken patch which teases an emotional bout involving David Letterman, to the prominent triple “1” meatballs located on the doors and frunk lid, this 911 stands out among the crowd. In addition to the eclectic collection of storied stickers, a matte-black engine lid gives Yellow Car an outlaw feel that certainly is befitting of the dirty yet well-loved machine.

As you lower yourself into the passenger seat, you’re immediately faced with an early 911 script dressed in gold above the glove box. Looking between your seat and the driver’s, you find a walkie used for communication between drivers on the local Angeles Crest Highway. As for the radio, you won’t find one. Yellow Car is a bare-bones, daily-use example of creation for enjoyment’s sake. 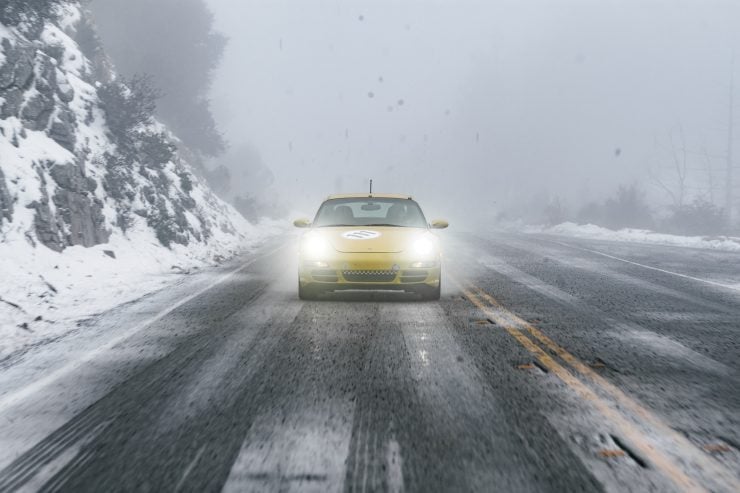 Of course, none of these little touches were originally on the Ryans’ minds at all. As J explained, he was never really one to modify cars outside of the factory options. At this point you’ve got to wonder – how can somebody who sticks with the factory options end up with a car that sounds this unique? Simply put, this 997 S is more than a Porsche to the Ryans. Yellow Car is their means to experiencing life in a different way. For them, Yellow Car was their response to the curveball that life threw.

Mrs. Ryan was diagnosed with Multiple Sclerosis in 2011. With this luckless diagnosis came a harsh new reality of what was to come. For the first few years, symptoms were fairly manageable, not quite interfering with life as they knew it. As time progressed, however, difficulties arose, and their day-to-day could no longer look the same.

There is a wealth of information about the disease available online, and I encourage every reader to learn more and possibly donate to the research that goes into it if possible. To keep in the spirit of the Ryans’ story, however, this article will focus on their ingenuity and passion for life, and the silver lining in the situation that they strove to find. 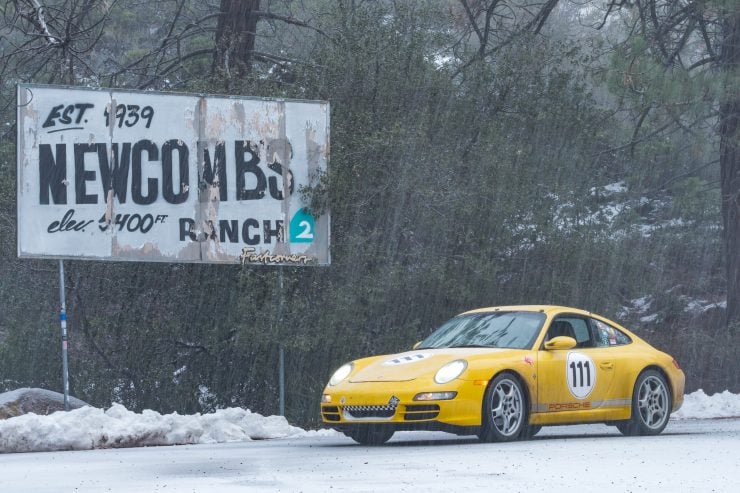 As a result of MS symptoms and its treatment, early mornings became the new normal for the Ryans. Rather than let their mornings be a time for wallowing, the couple discovered that these hours could be spent on the Angeles Crest Highway.

“The Crest” became a gateway of sorts – a portal from powerlessness to control, or from mundanity to excitement. In times of loneliness, the Crest provided friendship. For the Ryans and their new early schedule, a roadside diner called Newcomb’s Ranch on the Crest became their weekly retreat from L.A. Friday mornings.

They’d rise in the morning with a sense of anticipation to traverse the twisted asphalt to Newcomb’s for breakfast, where they found a club (#notaclub) and good vibes to start the day. Though dubbed the Good Vibes Breakfast Club (#GVBC), it is not actually a club. Instead it is a gathering of those who love to escape the city in their vehicles and meet up for a good meal, a cup of coffee, and camaraderie. All are welcomed. 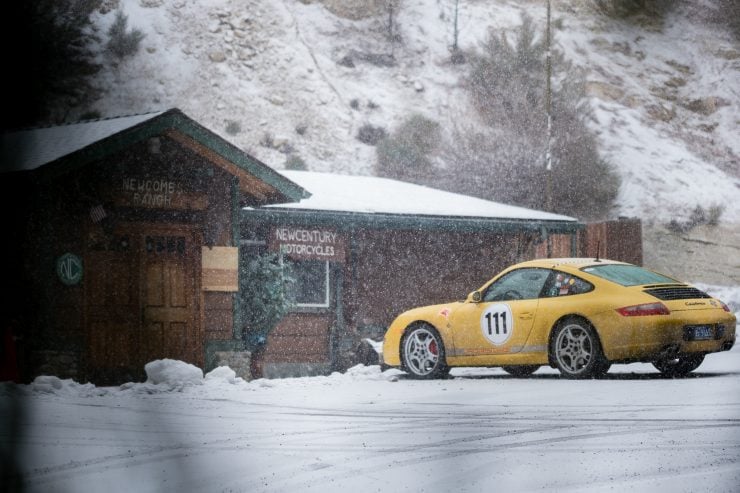 This life-changing experience presented the Ryans with an option – dwell on the bad and the difficult, or live and love life while they can. They choose the latter and birthed the mantra #liveitwhileyougotit. In this mindset, they sought out to fulfill a passion-project involving the likeness of the aforementioned David Letterman – a podcast titled “It’s Tonight’s Show”.

In the stylings of The Tonight Show, J and Nicole interview car enthusiasts, comedians, and artists from all walks of life. Although fame isn’t a must, they seek out talented and sometimes influential guests to discuss their passions through a lens of positivity. Each segment abounds with enthusiasm for the subject of discussion and is framed with statements of admiration for each other, their guests, and their audience.

This attribute begets a positive environment in which to discuss both agreeable facets of their guests’ own passions, as well as a safe space to engage in opinionated commentary relating to other fields of discussion. By constantly involving themselves in the car community, guests are often individuals introduced by the network of local Cars & Coffee attendees or even by the odd chance run-in while driving the Crest, as was the case for guests Hannah Elliott and Magnus Walker.

In J’s years of petrol addiction, he has amassed a vast understanding of car communities, including those which include individuals from many different walks of life. Although he now sports a Porsche, J had previously rocked a slew of BMWs, a couple of DeLoreans, and even a Porsche 944 Turbo which he bought simply because Letterman had one.

He’ll be the first to admit that there are many others out there more knowledgeable about cars and the automotive industry, but that’s part of what makes “It’s Tonight’s Show” so great – J and Nicole bring a genuine sense of curiosity with equal servings of humility and intrigue to each episode, engaging with their guests and sharing automotive stories with unparalleled and unassuming enthusiasm.

What started out as an escape for the Ryans – a chance to get away together and laugh at the little things – “It’s Tonight’s Show” has matured into an ever-expanding automotive cultural hub. Though I don’t have permission to reveal the names of their future guests, I can say this- there are some racing legends and mainstay personalities of the automotive industry who will be speaking with J and Nicole in the near future.

Subscribe to their channel Porsche Life 111 to catch up on hundreds of hours of content, stay on top of their exciting new episodes, and dive a little deeper into the inspiring story shared by Mr. Ryan, Mrs. Ryan, and their Yellow Car. 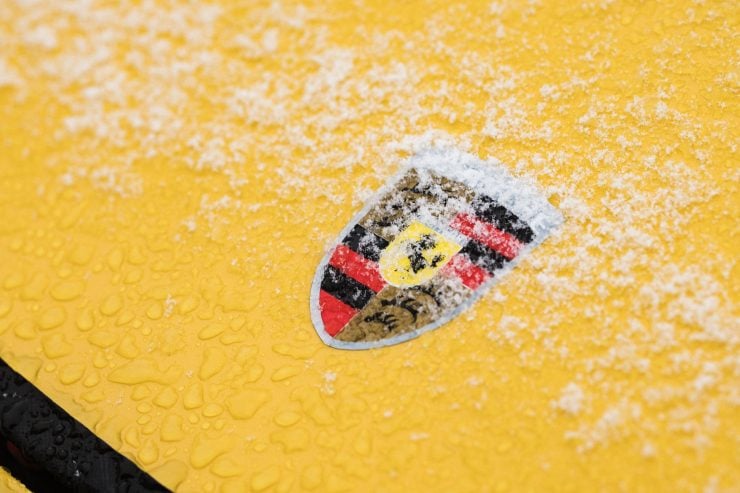 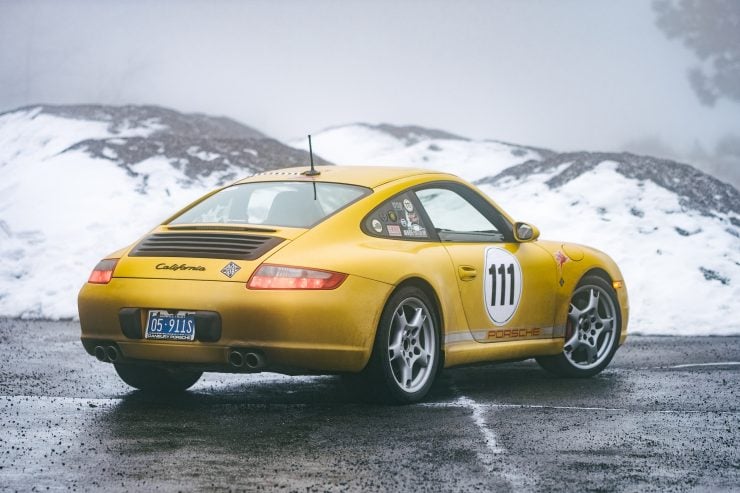 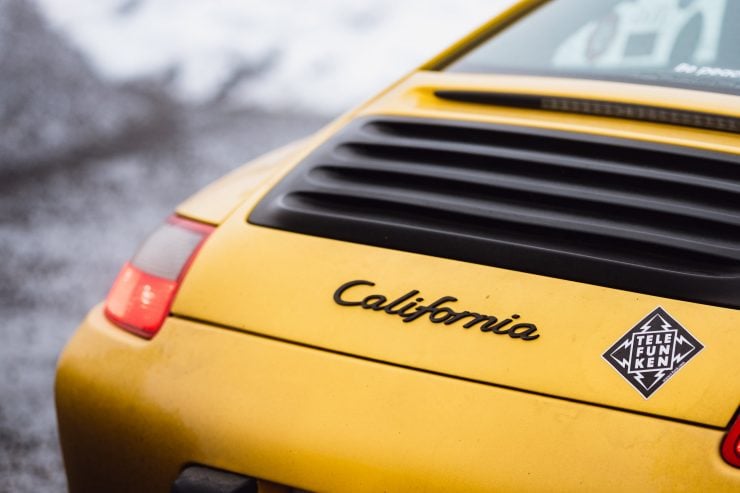 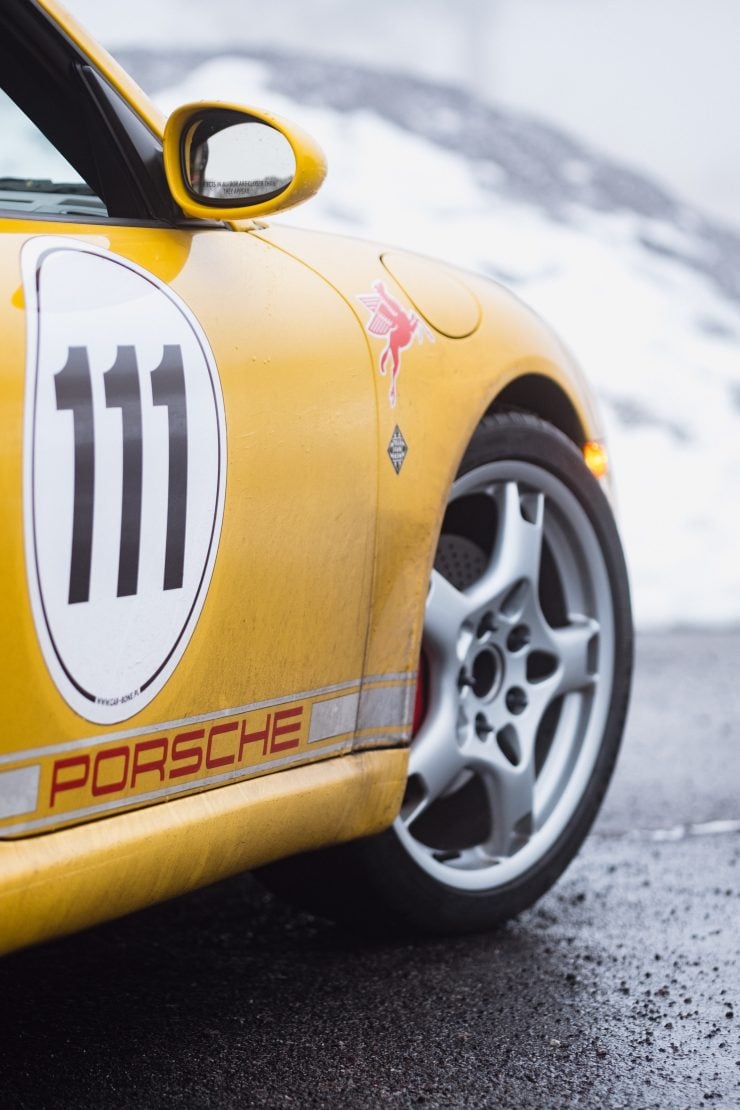 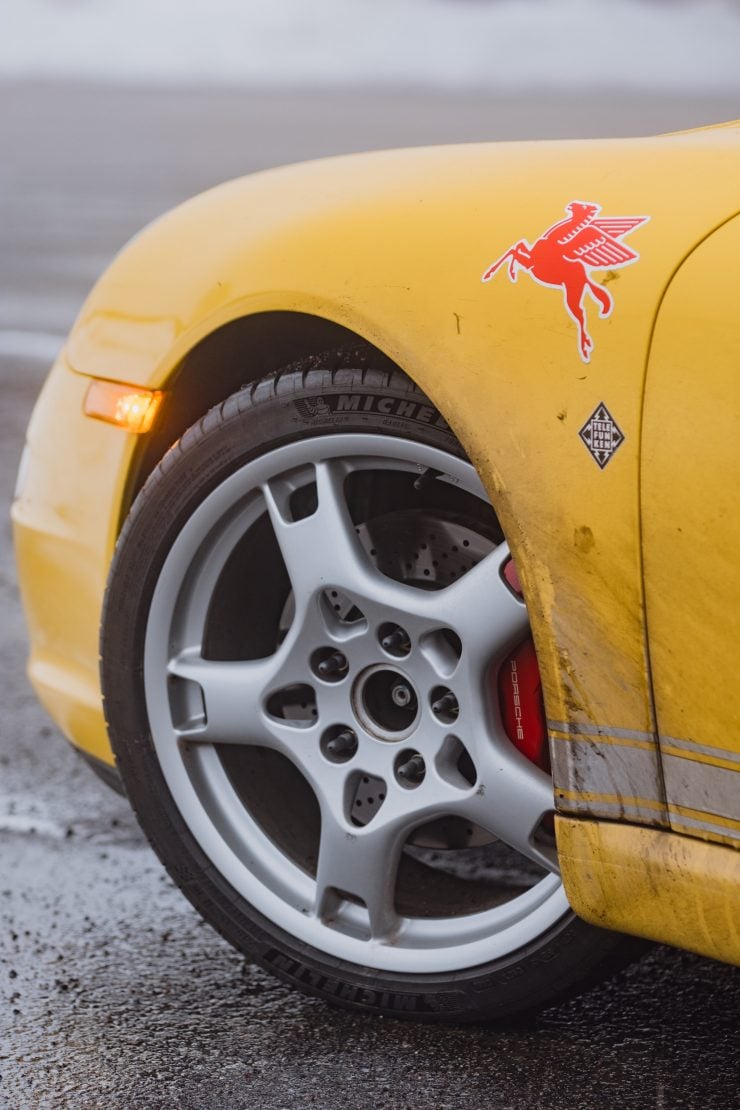 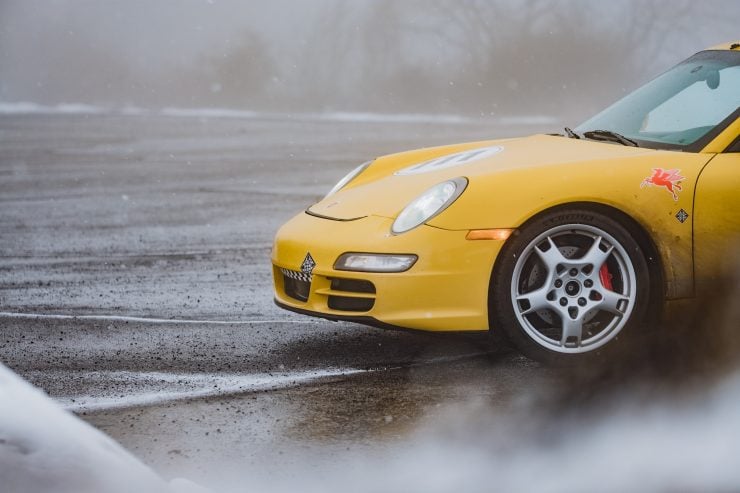 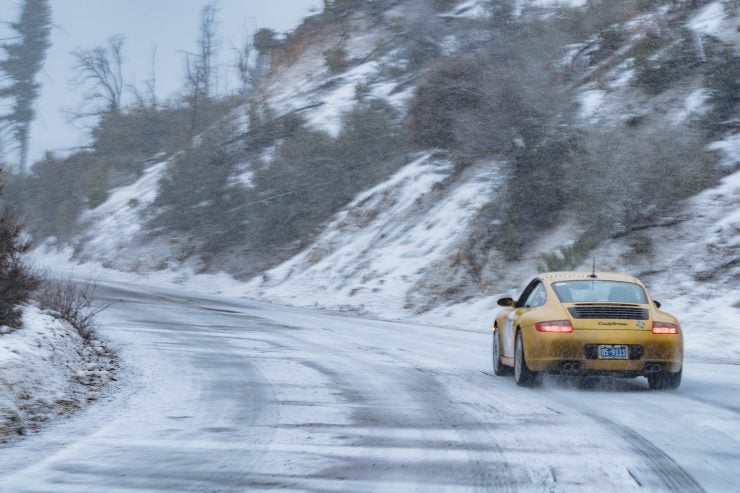 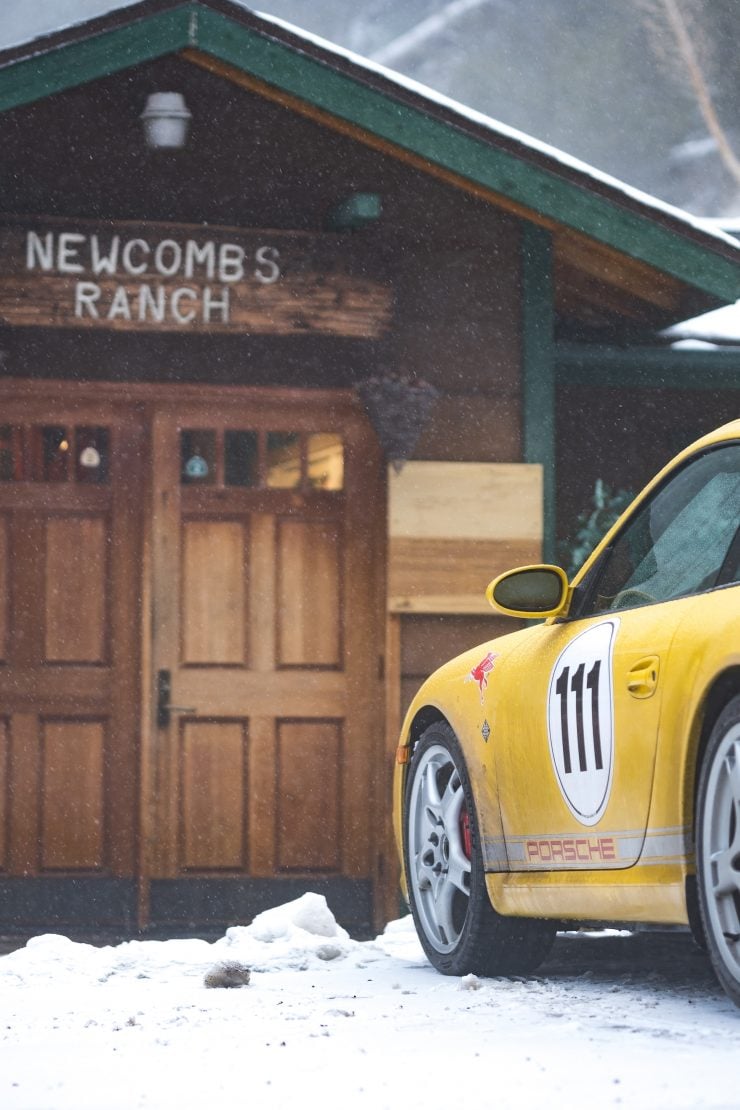 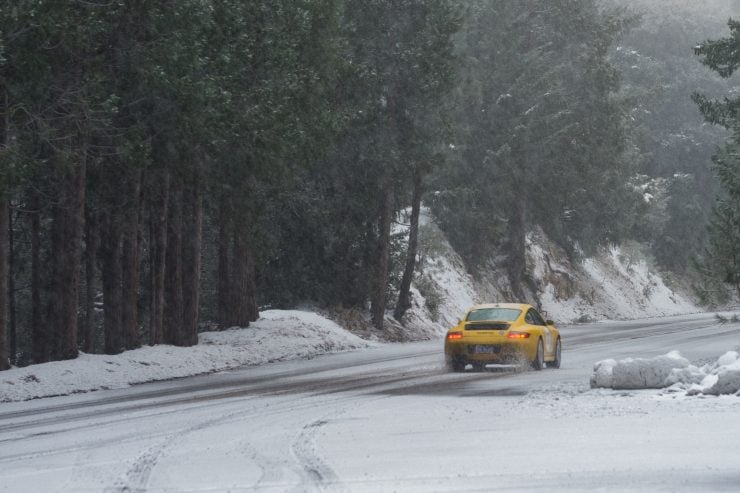 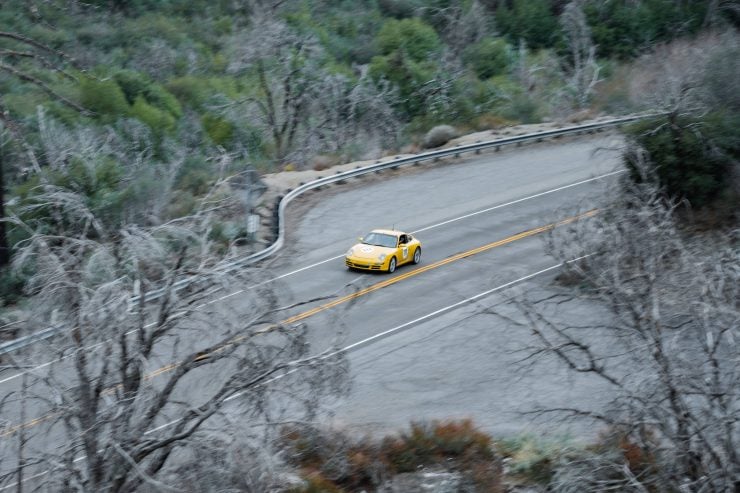 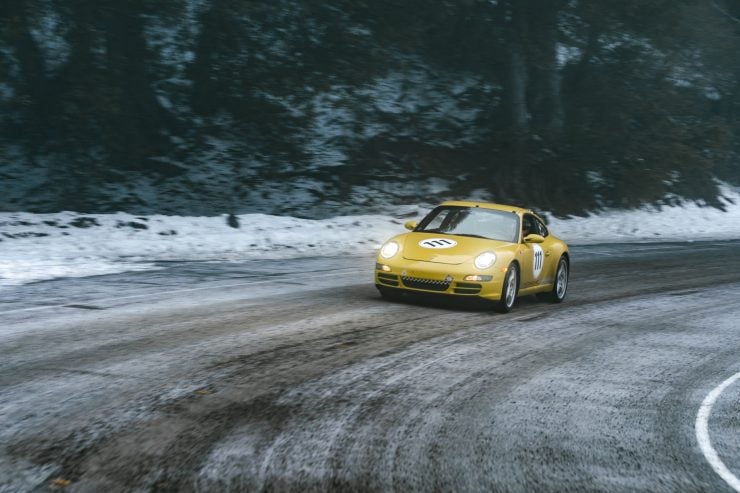 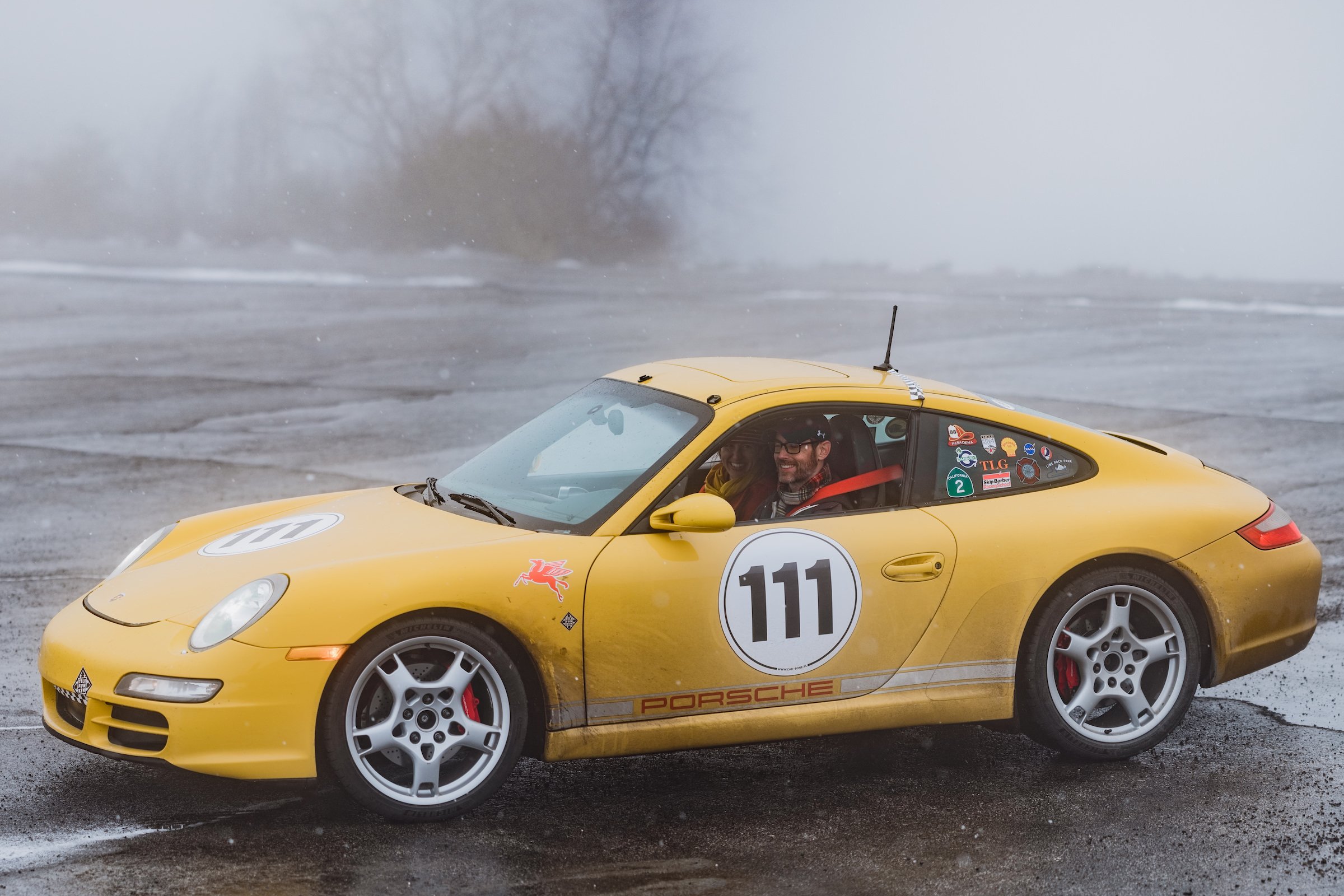 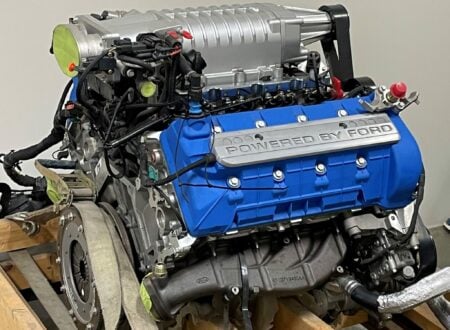