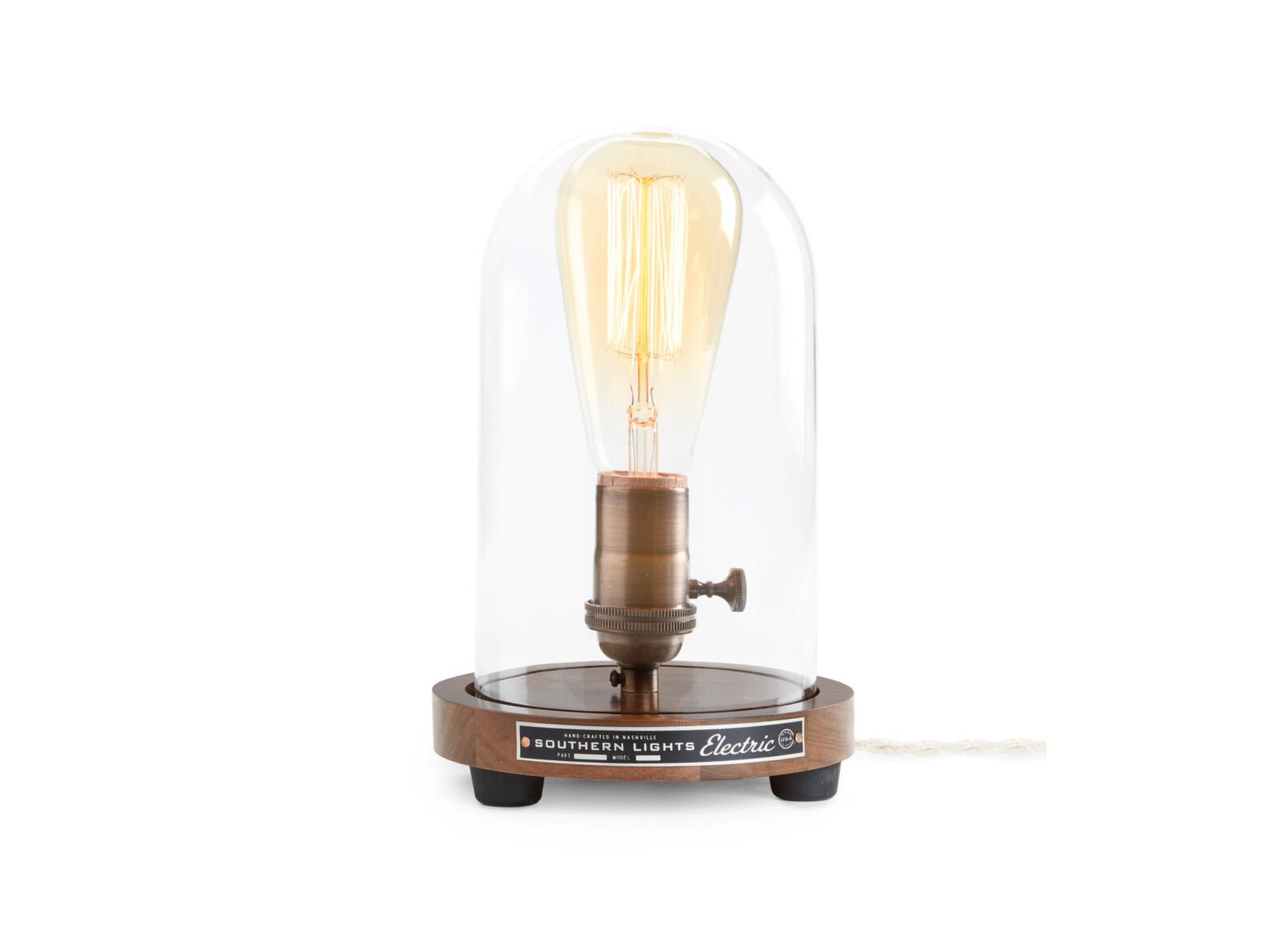 The Original Bell Jar Table Lamp by Southern Lights Electric uses a large Edison bulb to give the same warm light that lit the workshops, factories, garages, and speakeasies of the 20th century.

The lamp measures in at 8.5″ high by 5″ wide, with a 48″ white cloth covered cord, an antique-style brass socket, and a removable glass dome. Light is provided by a 30 Watt Edison-style bulb with a Marconi filament pattern and a 3000+ hour lifespan. New bulbs can be bought direct from Southern Lights Electric for $9 apiece, and they can be used internationally, with mains voltages varying between 120v and 240v.

Southern Lights Electric is an American company based in Nashville that makes traditional lighting, both for private customers and large scale industrial projects. The Original Bell Jar Table Lamp has a solid American Walnut base which is precision milled and fitted with a hand-silkscreened nameplate applied in their Nashville based studio. 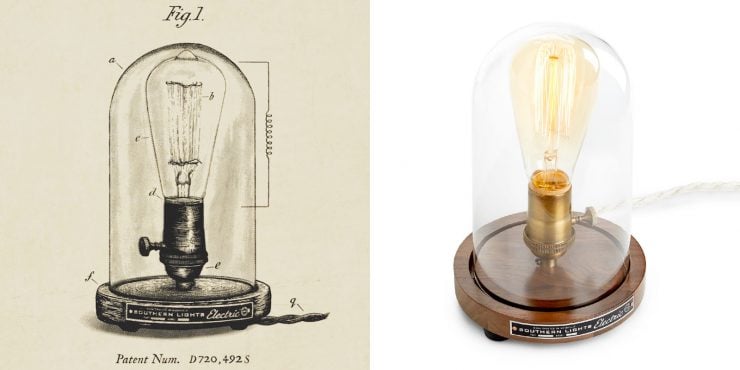 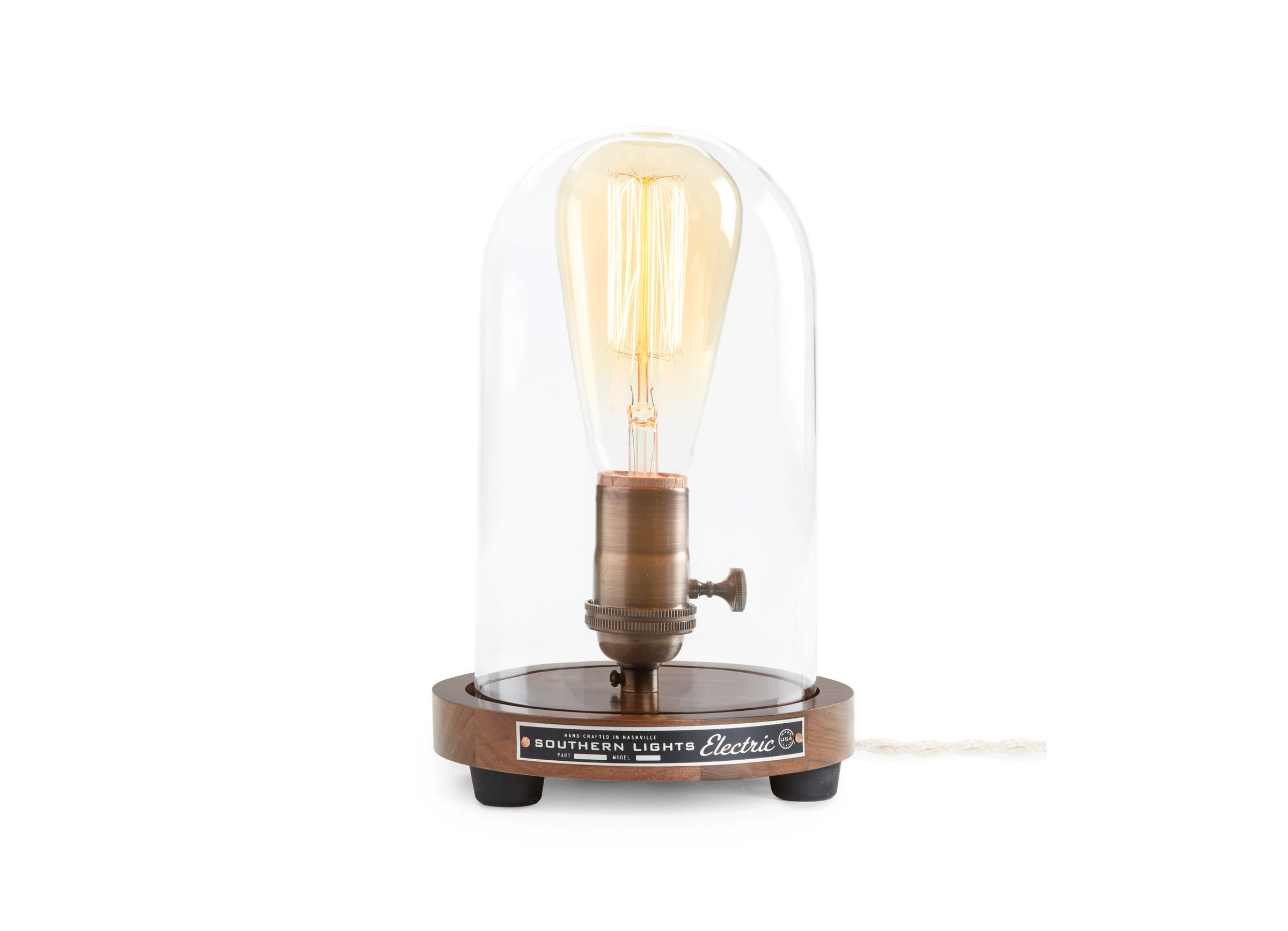