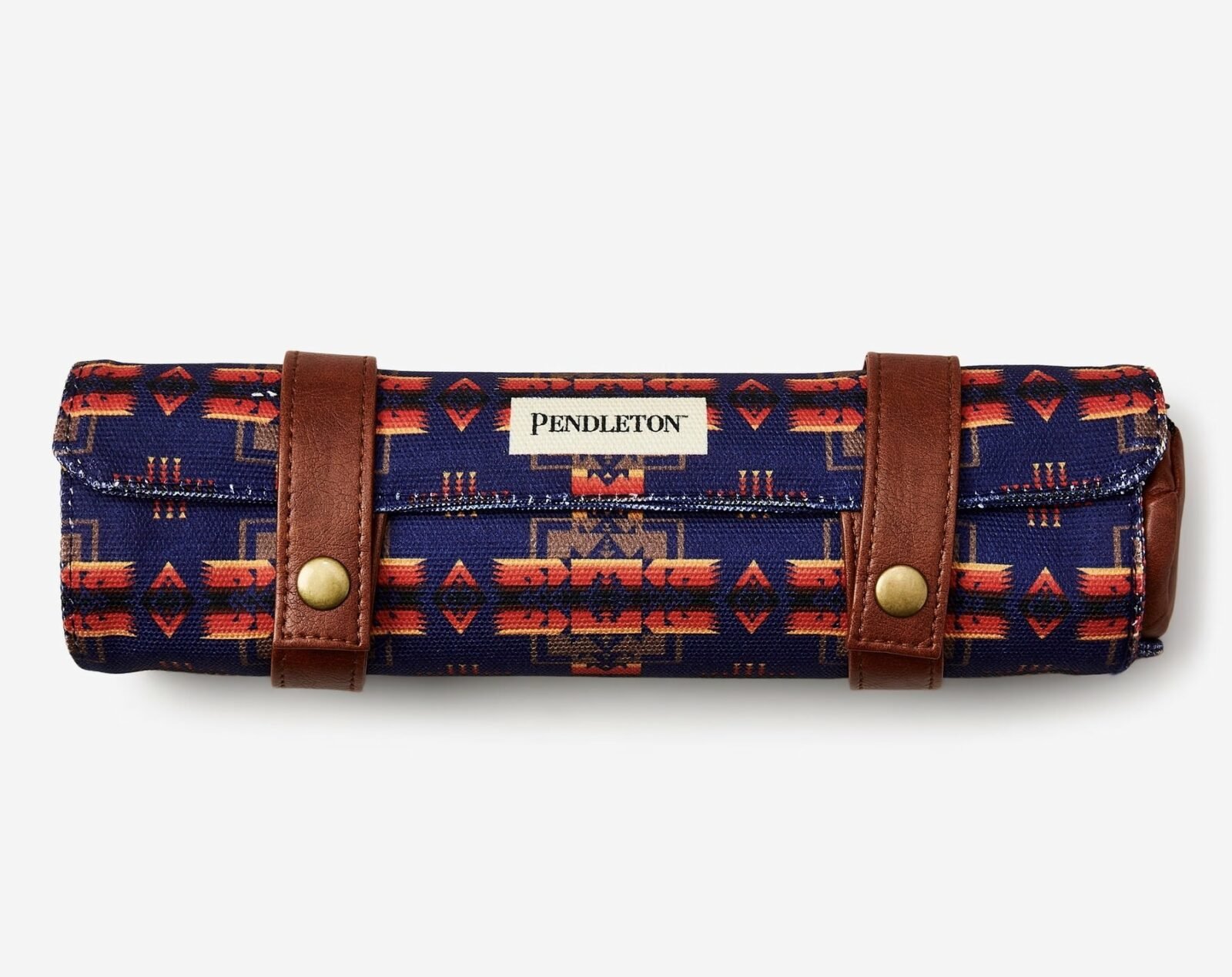 This is the Pendleton Travel Chess & Checkers roll up game, it’s a canvas roll-out playing board and it includes 32 silkscreened wooden games pieces that reverse, allowing you to play chess or checkers.

Pendleton is a family-owned company that was first founded back in 1863, its base of operations is in Portland, Oregon and they have been weaving world-class woolens in their two Pacific Northwest mills for well over a century.

This travel set is designed to be packed away and used on family holidays and camping trips. Once rolled it’s approximately the size of a water bottle – 10″ x 2″ – and unrolled ready to play it measures in at 10″ x 14″. 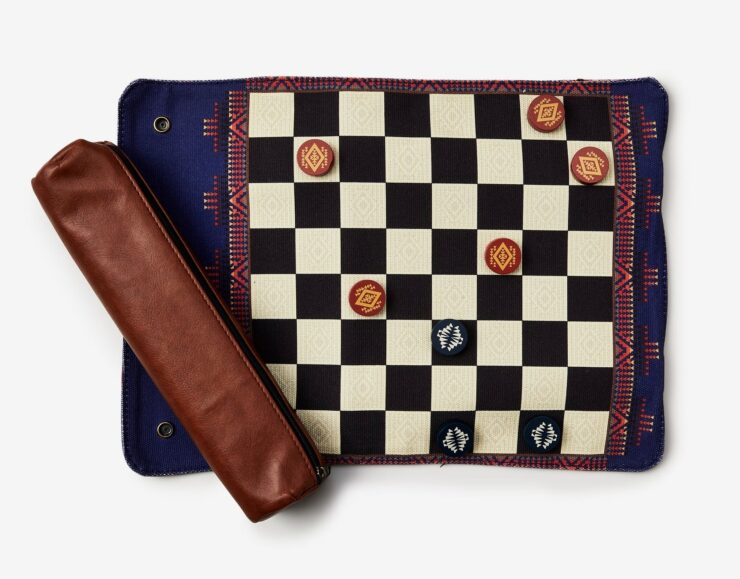 The canvas playing board is an 8×8 grid allowing you to play chess or checkers. You simply turn the pieces over to display checkers pieces or chess pieces depending on what you want to play.

Chess is believed to have originated in India in approximately 700 BC though it has evolved considerably from its original form. Checkers may actually pre-date chess, it was possibly being played as early as 3,000 BC and its “checkered” board pattern may have influenced the layout used in chess.

Both games are able to use the same 8×8 board and as a result you just need different pieces to play either game – this has resulted in travel sets like the one you see here being developed, the first dating back hundreds of years.

Each of these sets from Pendleton costs $24.50 USD and they come with everything you need to play either game. 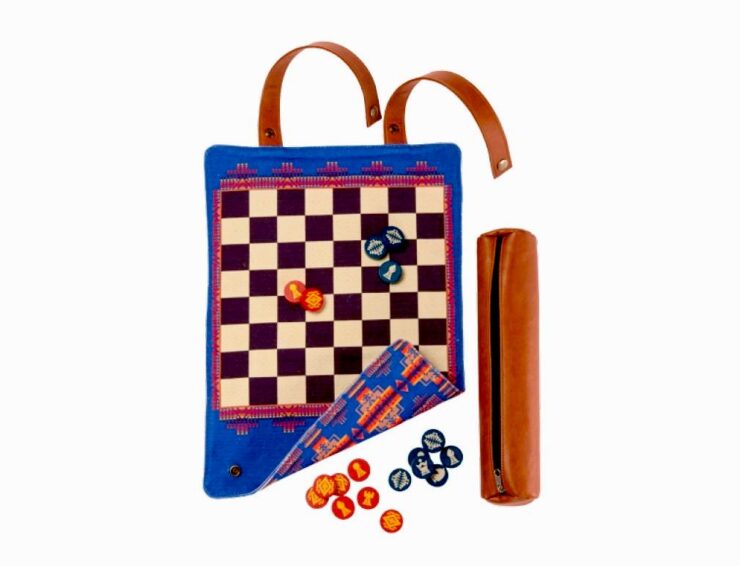