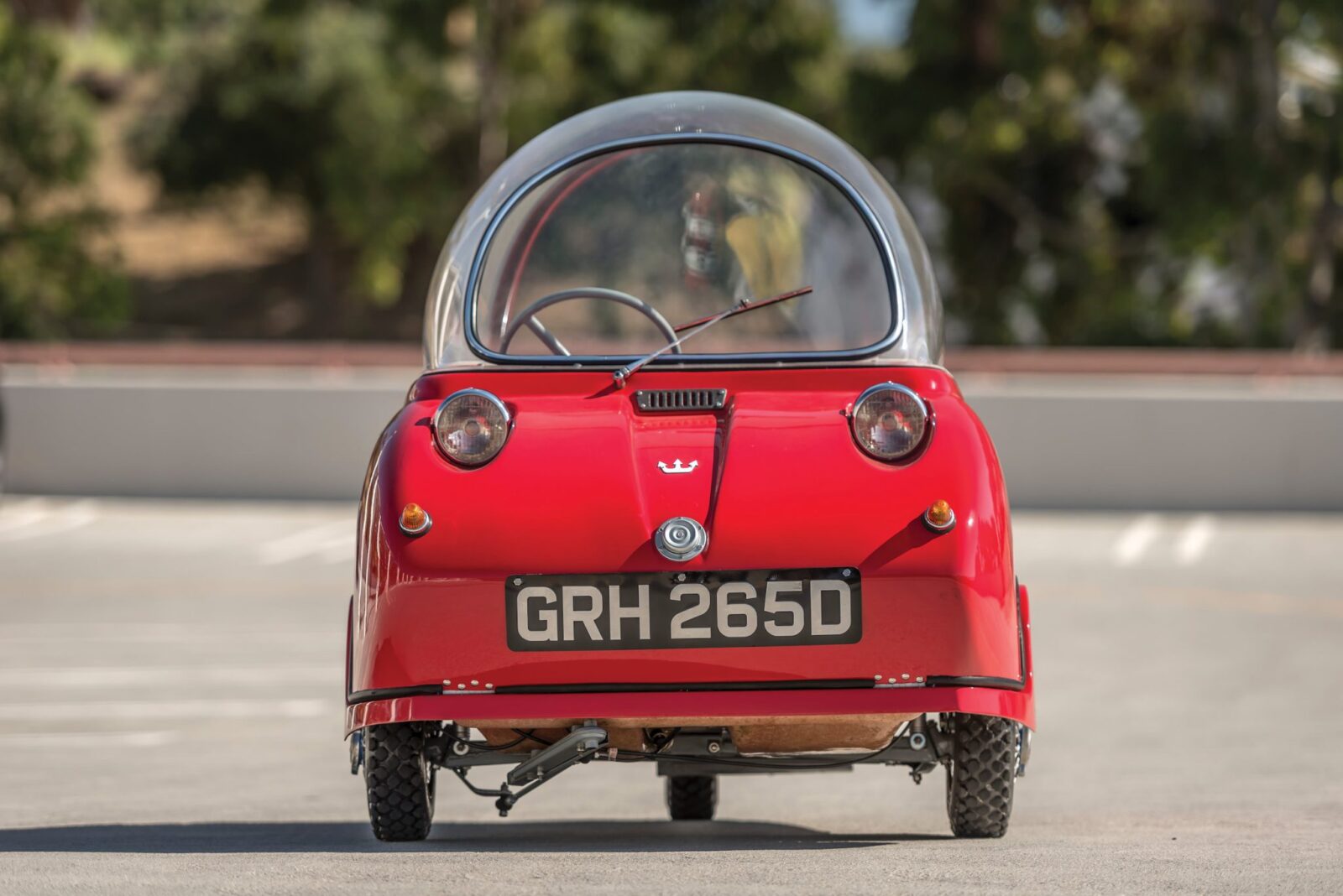 A Short History of the Peel Trident

The Peel Engineering Company retains the unique distinction of being the only automobile manufacturer to ever set up on the Isle of Man. The company started out making GRP boats and motorcycle fairings in the small town of Peel on the island’s west coast, before branching out into microcar manufacturing with the Peel Manxcar prototype in 1955.

The Manxcar was followed by the iconic Peel P50, which was itself supplanted by one of the most memorable microcars of them all – the Peel Trident with its legendary bubble canopy.

Peel marketed the Trident with the slogan “Your transport of tomorrow – today” due to the car’s futuristic bubble top, which folded forward to allow occupants to enter the somewhat cosy passenger compartment.

The Trident was first shown to the public at the 1964 British Motorcycle Show at Earls Court in London to a curious and quizzical reception. Peel already had a name for building that were essentially enclosed motor scooters with exceptional fuel economy, but the new Trident looked like it’d just landed from outer space.

Unlike its forebear the P50, the Trident had seating for two adults, albeit a little on the intimate side. The steering wheel sits on the right-hand side and only had a single spoke, there’s a sliding vent on the driver side, and a solitary windscreen wiper upfront.

Just 45 Peel Tridents were ever made, with the final 6 featuring automatic transmissions and 98cc motors from the Triumph Tina scooter. The first 39 examples were fitted with the 49cc 3-speed Zweirad Union (DKW) engine producing 4.2 hp and offering a top speed of 38 mph.

Considering the year of its design, the Peel Trident was relatively advanced – with a full monocoque composite body, extremely good fuel economy, and better cabin visibility than anything this side of a convertible.

The Revival of the Peel Engineering Company

The original Peel Engineering Company disappeared in 1969 before being revived by a pair of investors recently. A successful appearance on BBC TV’s ‘Dragons Den’ led to new funding and exposure for the company, and a Peel P50 made a popular appearance on Top Gear with Jeremy Clarkson.

Peel is now back in business building both the Trident and the P50, in either electric or 49cc petrol engine configuration, and interest has been brisk from both collectors and those who genuinely want to use the little cars as daily urban transportation.

The comprehensively restored Peel Trident you see here is an original 1965 example that also happens to be one of very few living in the USA. The Jetsons appeal of the retrofuturistic Trident has seen values begin to climb in recent years – helped significantly by the rarity of the original cars.

This is one of the earlier 49cc 3-speed Zweirad Union engined Peels capable of almost 40 mph and fuel economy of approximately 100 mpg – which a famous in-period review joked was “almost cheaper than walking”.

RM Sotheby’s will be offering the little Peel on the 18th of August at the Monterey Auction, there’s no estimated value on the lot but there’s no reserve either – meaning punters might just pick themselves up a bargain. If you’d like to read more about the Trident or register to bid you can click here to visit the listing. 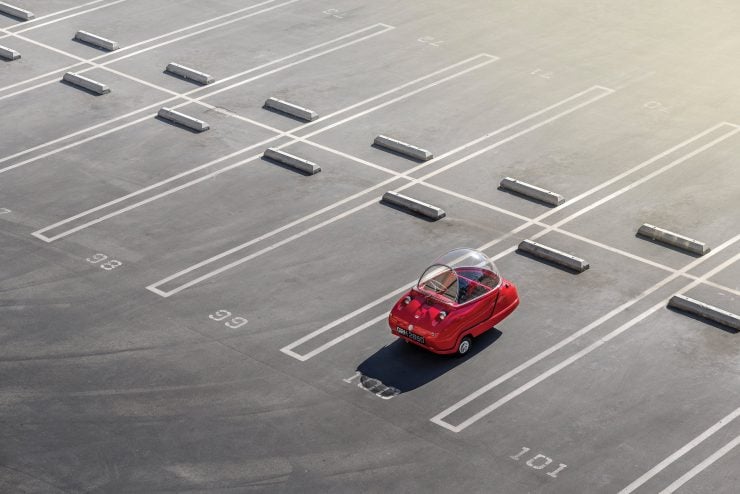 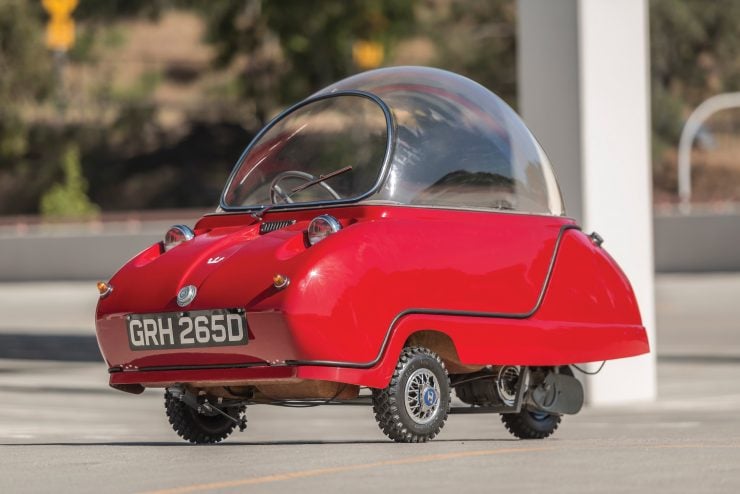 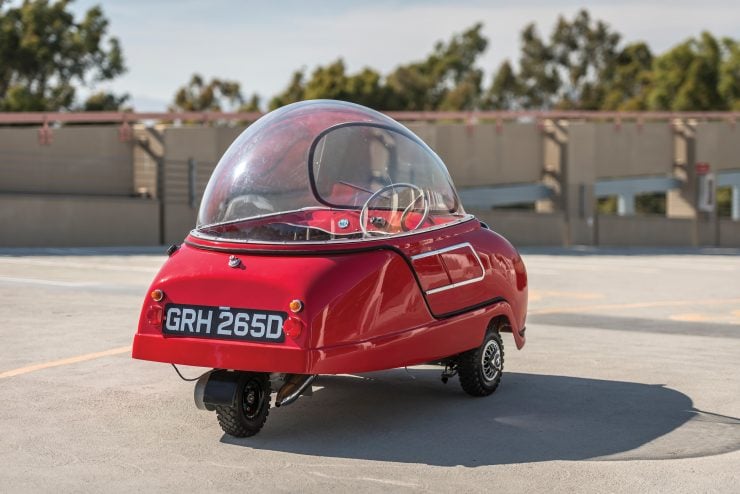 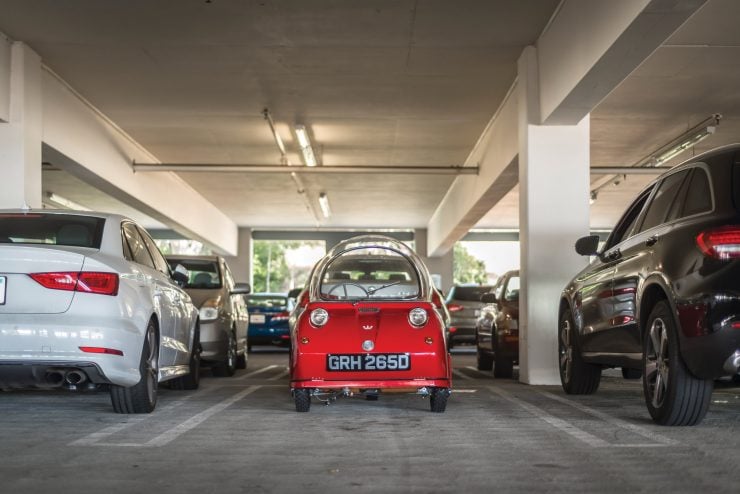 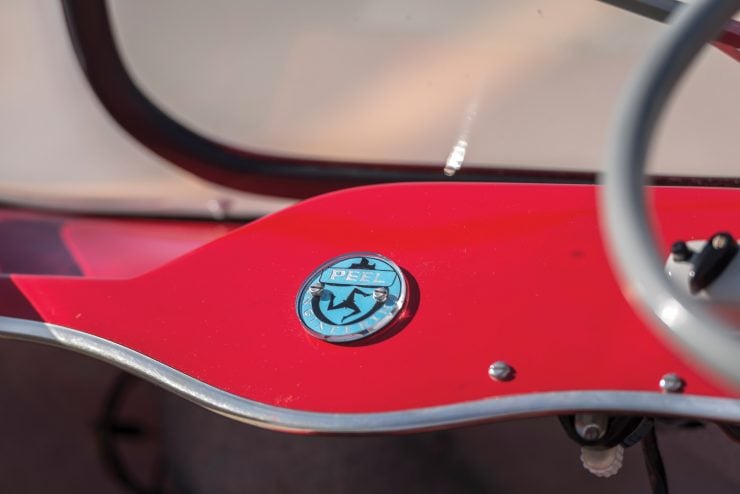 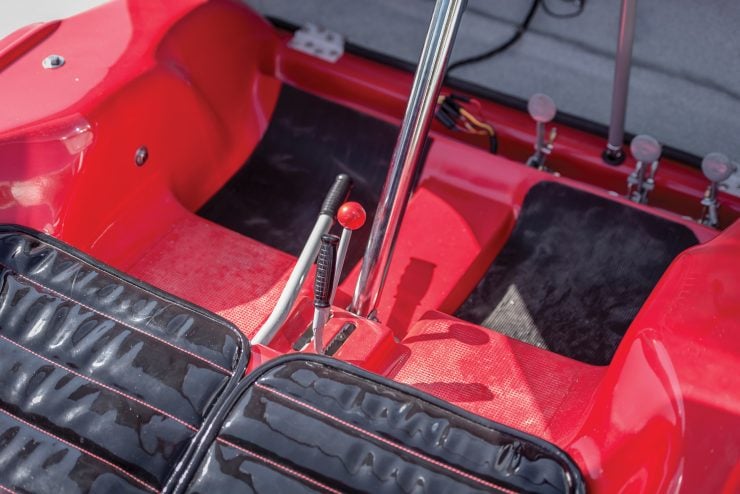 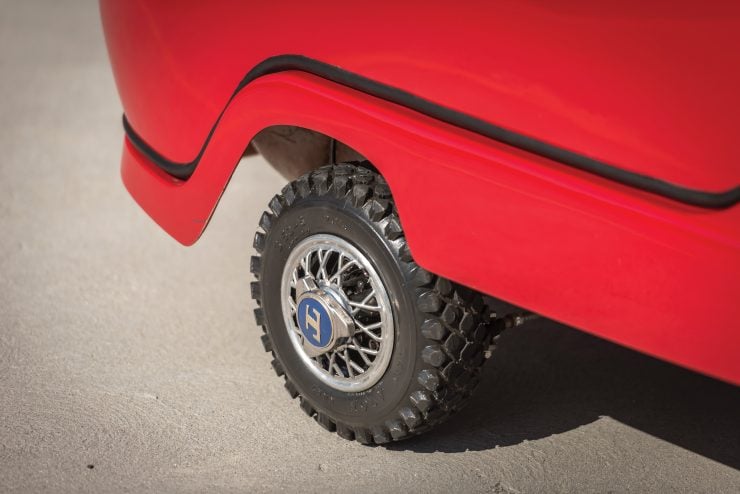 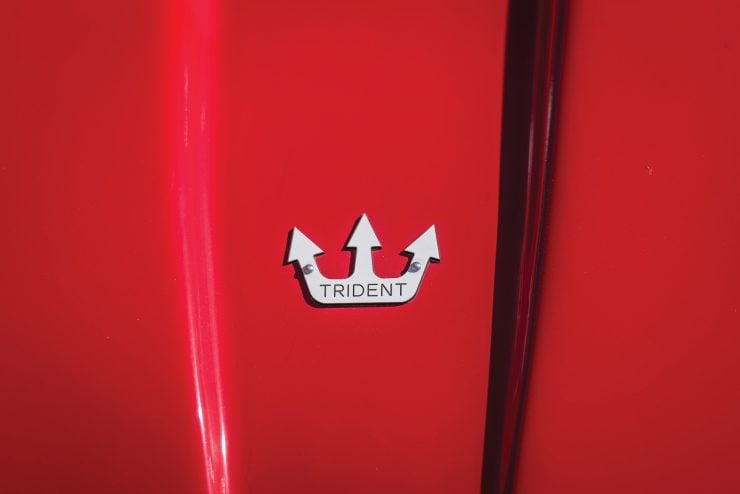 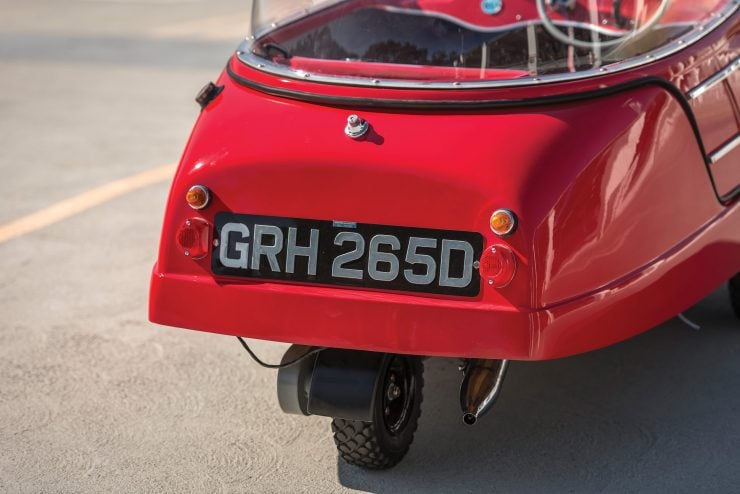 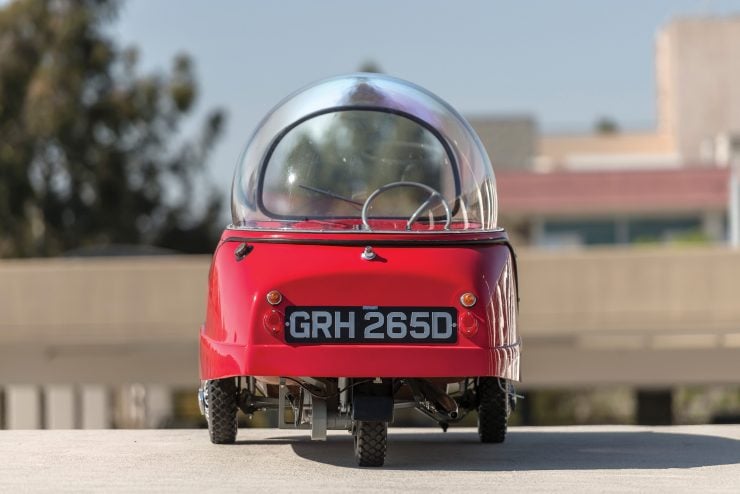 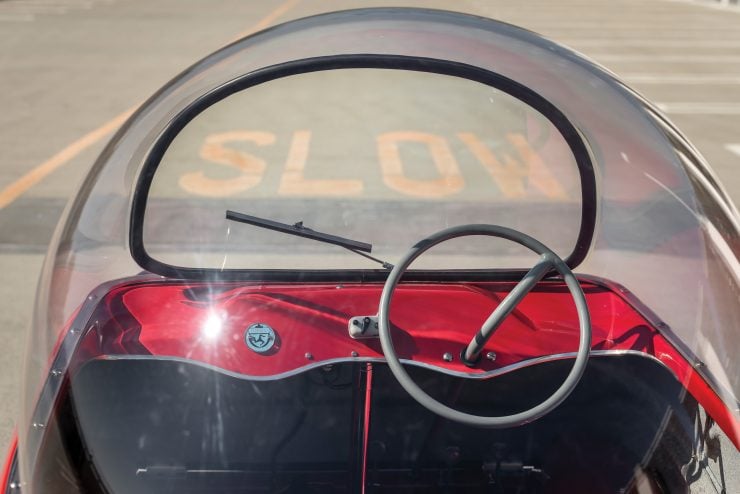 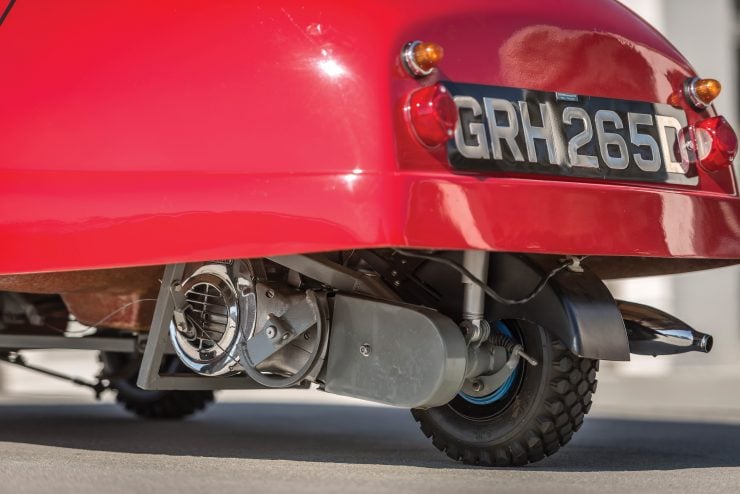 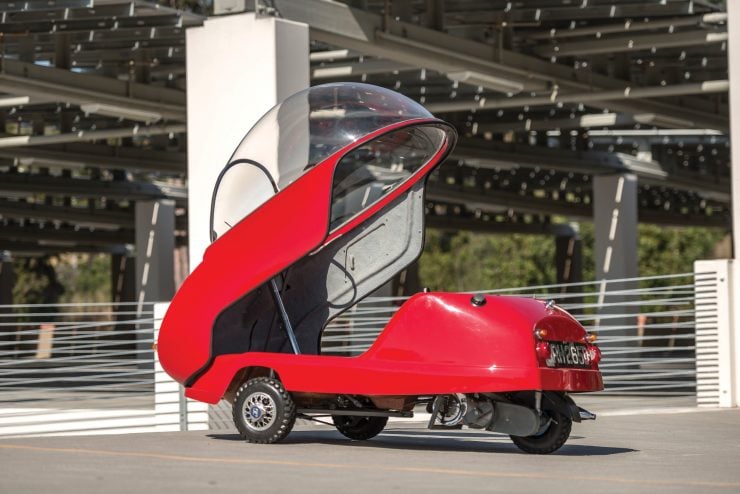 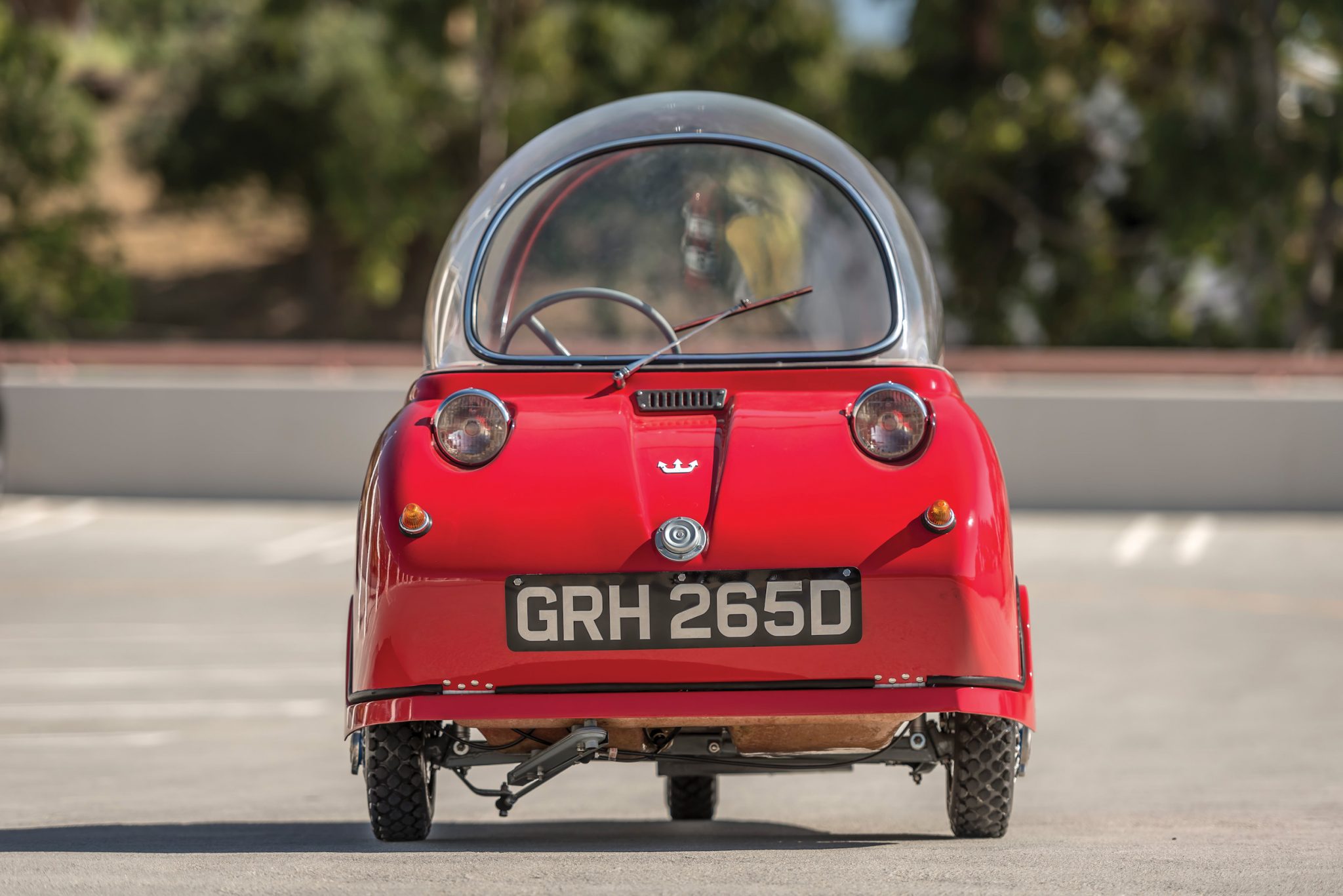