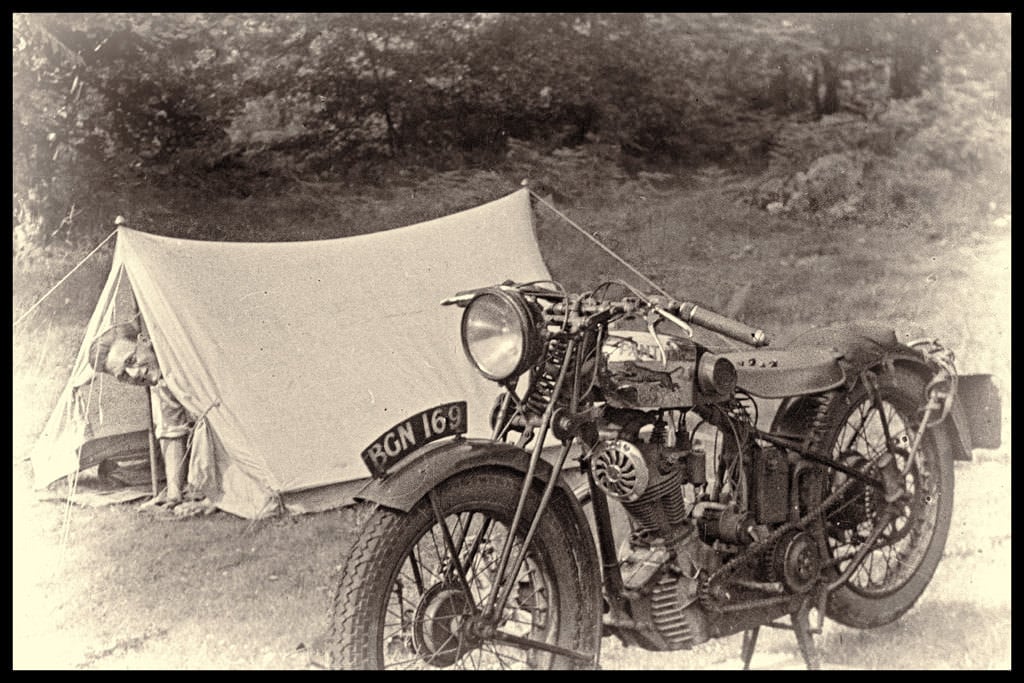 Etsy is a place where you can find all manner of weird and wonderful things, it kind of reminds me of what eBay was like when it first kicked off in the nineties. This vintage photo shows a Panther Motorcycle with a man peeking out of a tent, you can grab an 8″ x 12″ print here if you’re looking to add a touch of sepia to your garage wall.