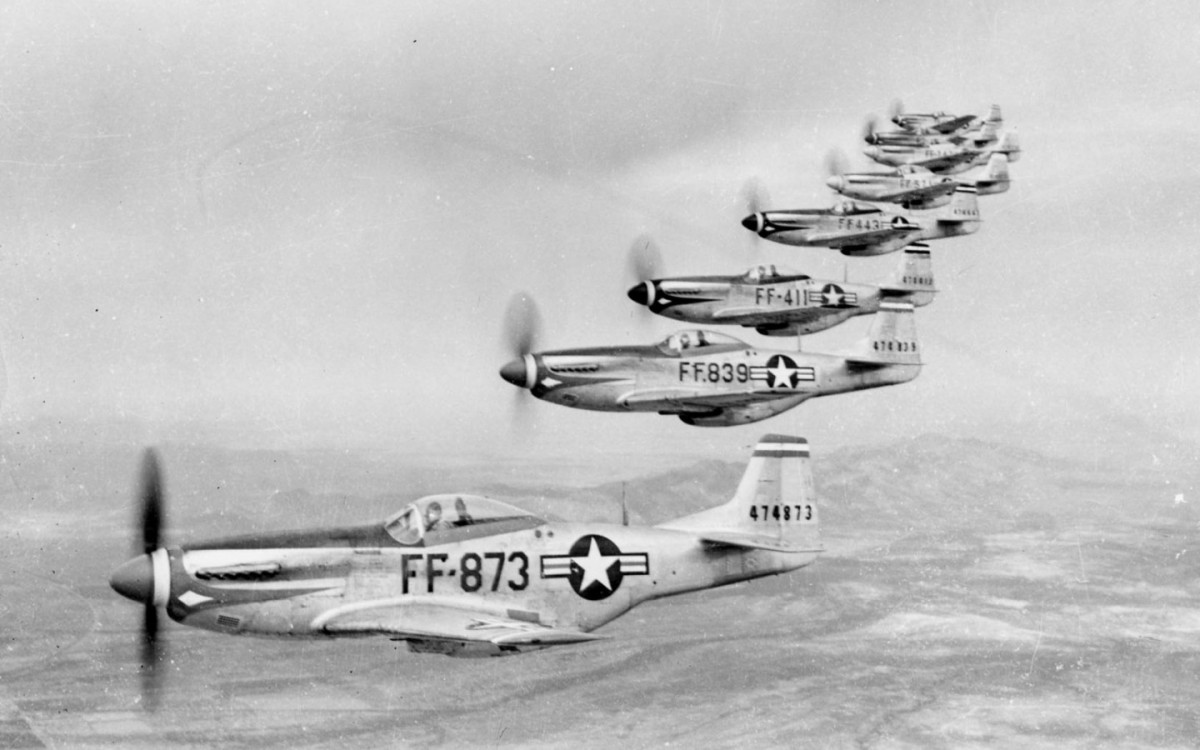 The North American P-51 Mustang was a masterpiece of American engineering that was designed and built on an extremely short timeline – only 102 days passed from commissioning the project to delivery of the first prototype and the P-51 first flew 47 days after its initial roll out on the 26th of October 1940.

What many don’t know about the P-51 Mustang is that it was designed and built on orders of the British Purchasing Commission, an organisation established during the Second World War by the British government. The sole job of the New York based BPC was to buy armaments from North American manufacturers to assist in the war effort against Axis powers.

Although it was first designed to use the Allison V-1710 engine, the lack of high-altitude performance from the Allison eventually led to North American Aviation choosing to use the same powerplant as the British Spitfire – the legendary Rolls-Royce Merlin.

You can read more about the history of the P-51 Mustang here via Warbird Alley, that wallpaper image below measures 1440 x 900 pixels and you can load the full size version by clicking it. 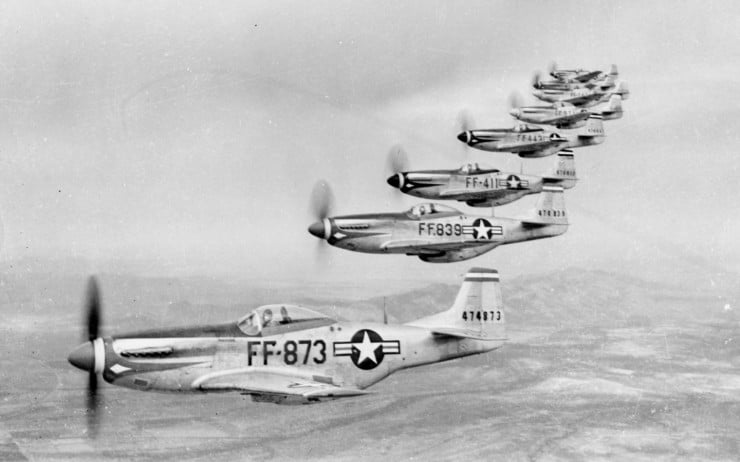 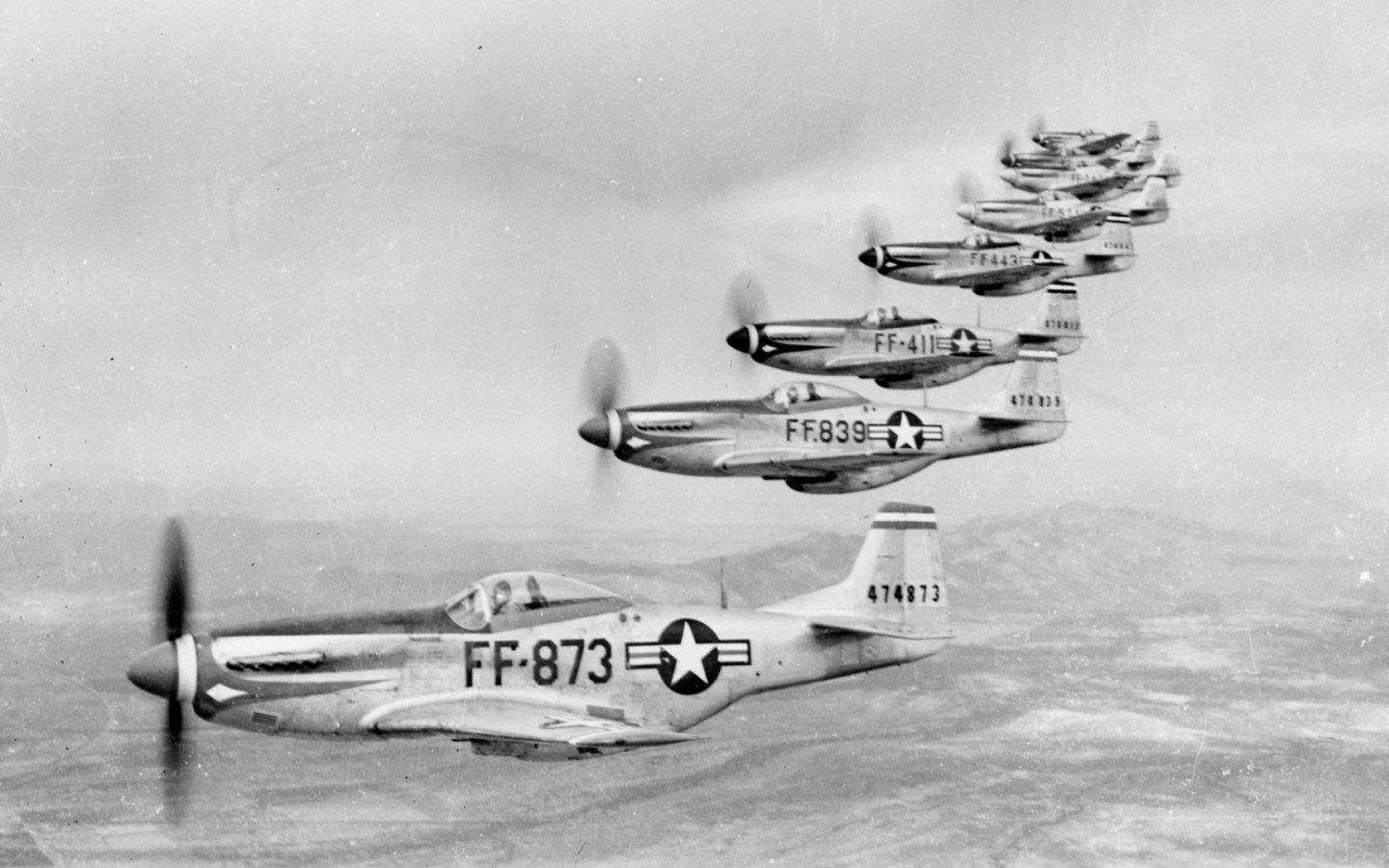