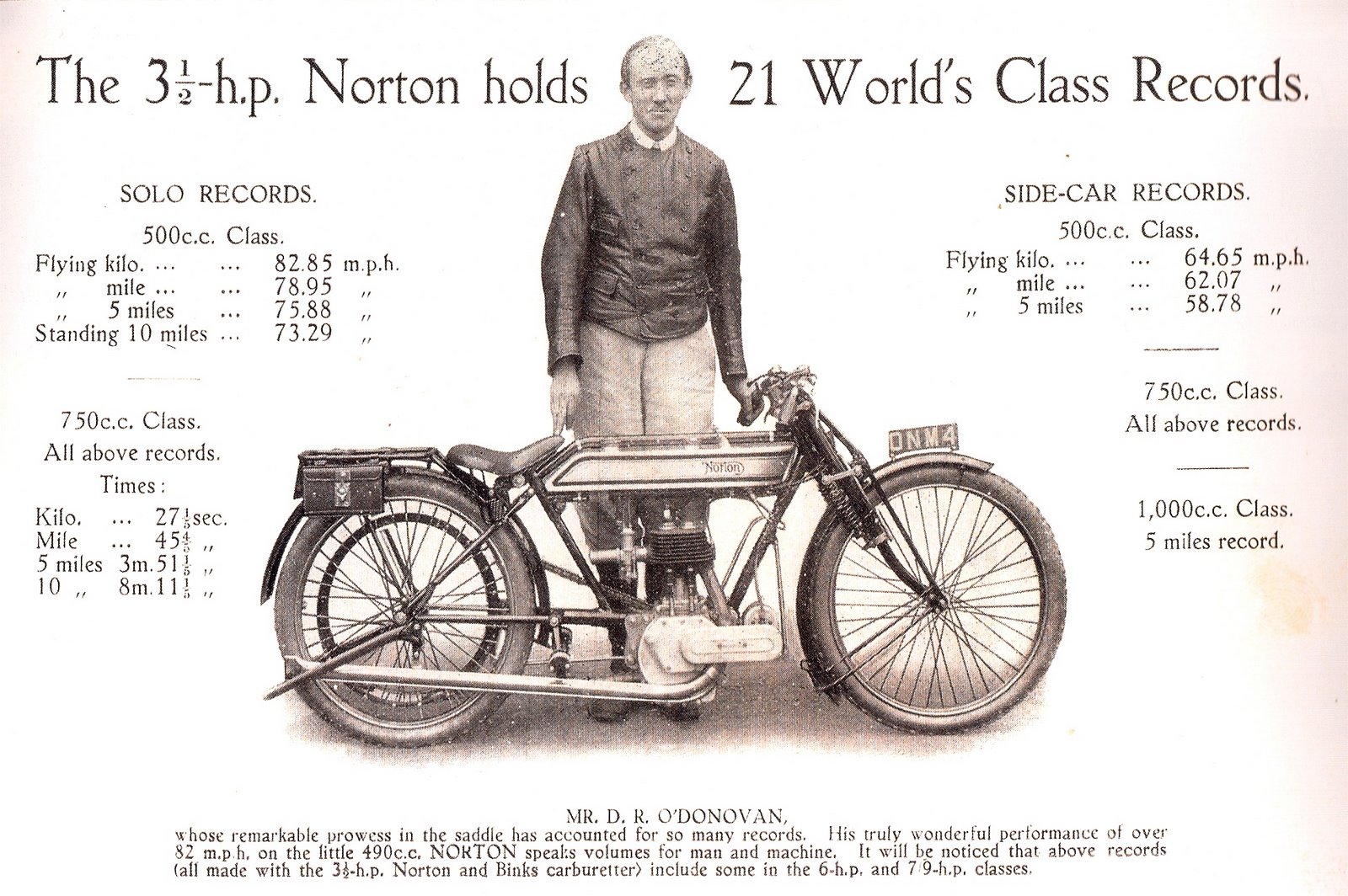 The early Norton models are amongst my favourite motorcycles of all time from both aesthetic and engineering standpoints. The beautiful simplicity of the old, single cylinder engines, the curvature of the exhaust and the unmistakable Norton fuel tank all look so good together even today, almost 100 years later.

It seems a shame that the modern Norton motorcycle company is focussing so much on design elements from the 60s and 70s but ignoring their older models, a modern version of the bike pictured here would have me lining up with my chequebook in hand.

Click the image for the desktop wallpaper sized version.