This wonderful old film features some of the top motorcycle racers of the 1910’s and early 1920’s including Teddy Carroll, Red Parkhurst, Otto Walker, and Ralph Hepburn. If you watch till the end you’ll see the iconic Walter Davidson, President and co-founder of Harley-Davidson motorcycles.

There’s no sound with the film as this was recorded in the days before films had audio, although the old timey screen text does a good job of keeping you up to date on what’s happening on screen. 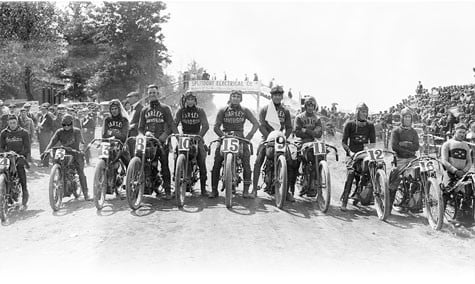