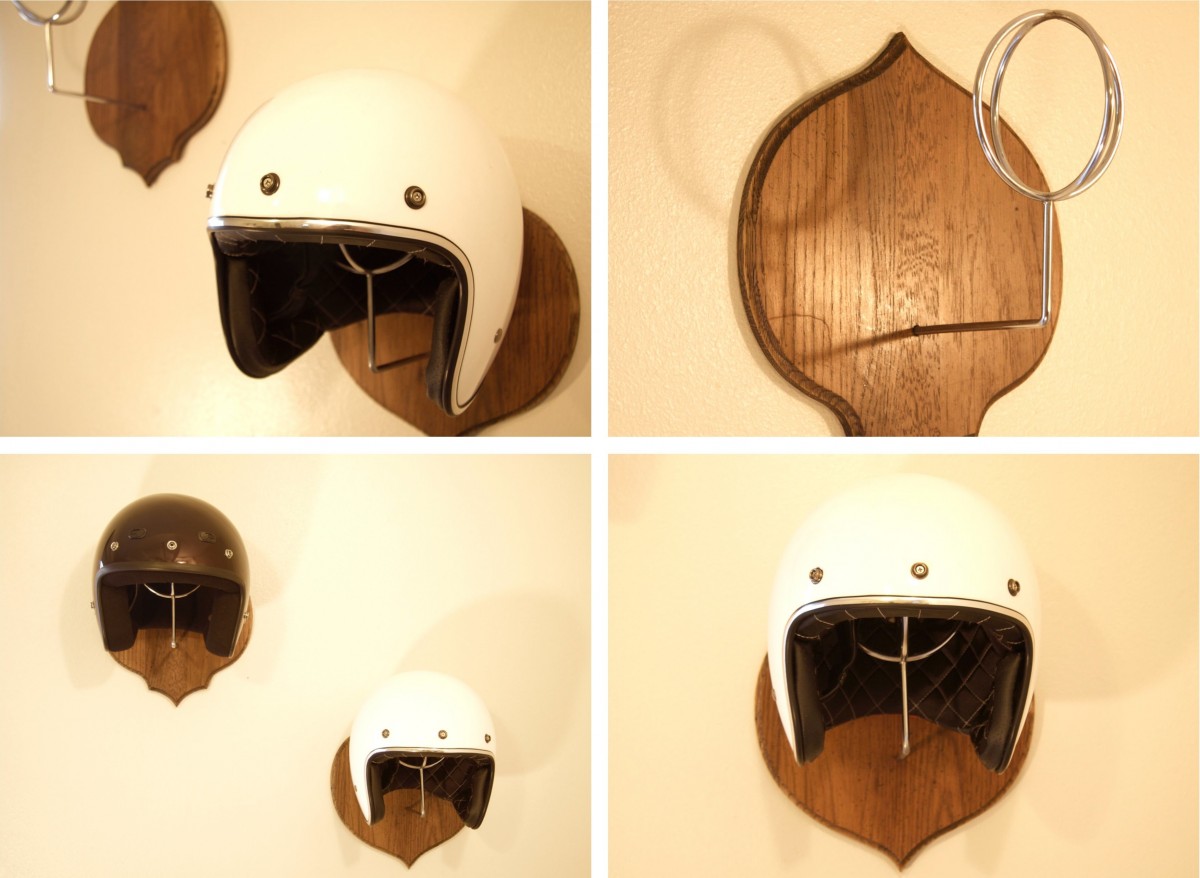 These motorcycle helmet mounts by Brandon Cameron are possibly the single greatest method of storing a lid that have ever been devised by humankind. Or alienkind for that matter.

Each mount is made of reclaimed Oak and chromed steel, the design allows them to hold either a 3/4 or a full face helmet in style and the mounts have the added benefit of allowing the helmet to air-out – an invaluable benefit to those of us who live in the warmer latitudes.

Each mount is made by hand in McAllen, Texas and they’re available in limited numbers at a very reasonable $65 each.