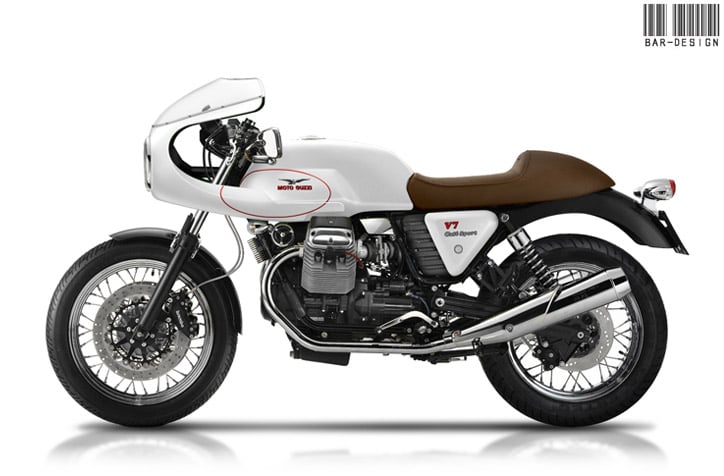 Luca Bar is the head designer at BAR Design, he’s well known for producing stunning and unique motorcycle designs, largely based on pre-existing models from various, large manufacturers. His work with the V7 Moto Guzzi is greatly appealing to me, it seems to blend just the right amount of retro with more than enough modern engineering to keep even hard core super bike fiends happy.

Check out more of his work here. 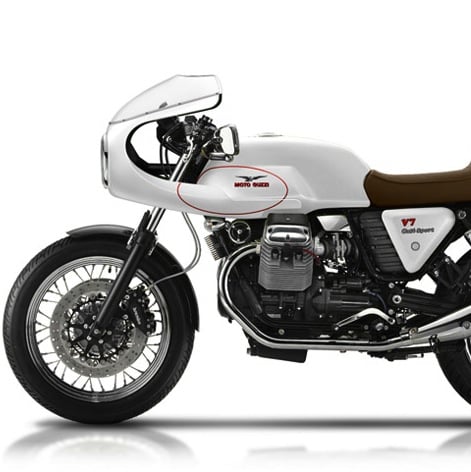