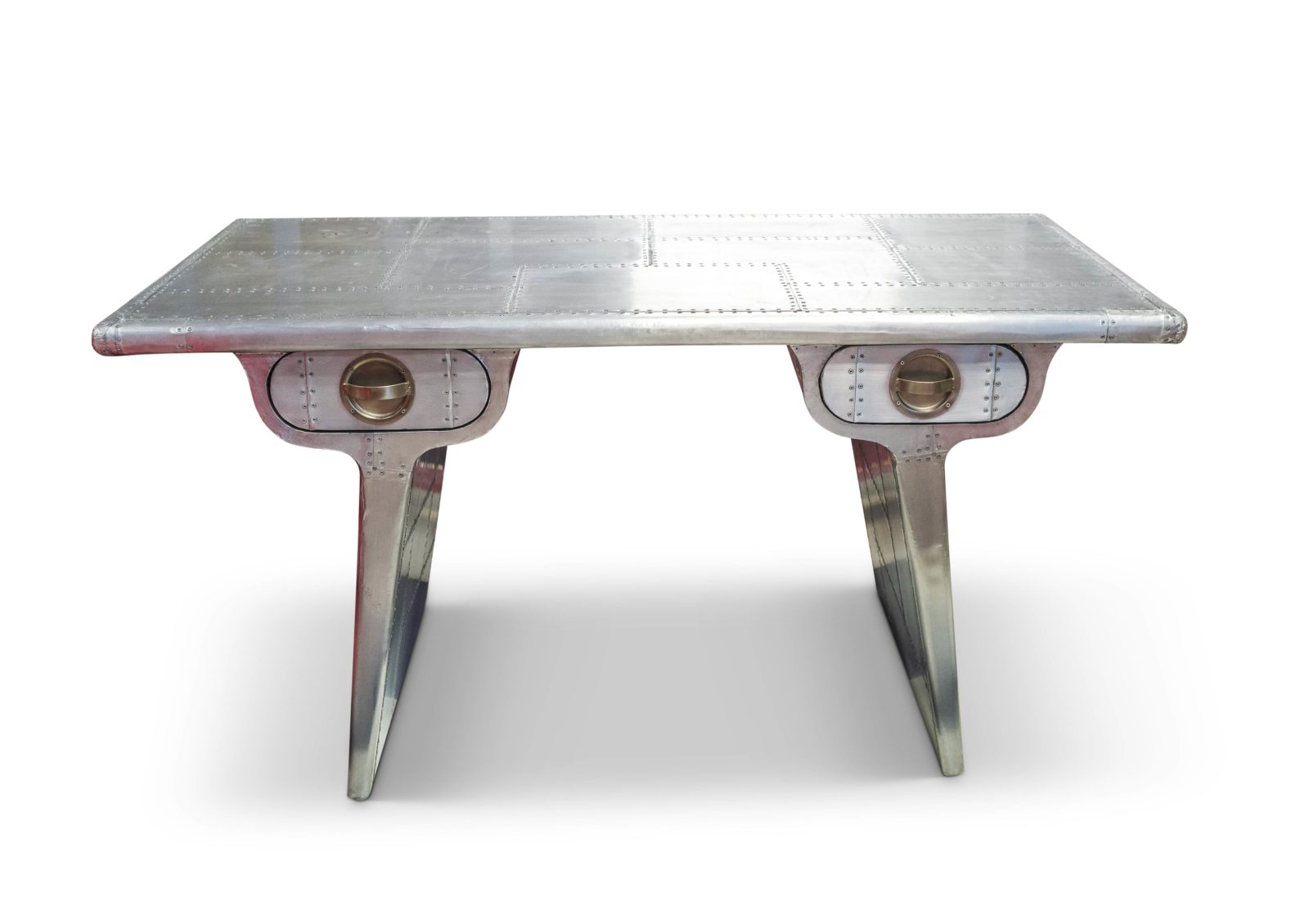 This lot consists of two pieces – an aluminum aircraft-style desk with two built-in drawers, and a separate cabinet also made from aluminum with protective wood trim, side handles, and two front-facing drawers.

Aircraft inspired furniture has exploded in popularity in recent years with companies in the USA, UK, and Europe specializing in repurposing old aircraft parts into things like chairs, sofas, desks, coffee tables, and more.

This lot contains both the desk and the matching side cabinet, both are finished in aluminum to evoke the styling of mid-century aircraft.

The world’s first all-metal aircraft was the Junkers J 1 that first flew in 1915. It was nicknamed the “Blechesel” or “Tin Donkey” at the time and must have seemed out of place when airfields were full of aircraft with wooden frames with fabric skins.

In the years since, the use of aluminum in aircraft construction has now become the global industry standard. In the late-1920s an American man named Hawley Bowlus was working as the Superintendent of Construction on Charles Lindbergh’s aircraft, the Spirit of St. Louis.

Bowlus would take what he learned working with aluminum and create the first riveted aluminum travel trailer (caravan) which would be replicated by Wally Byam in the 1936 to create the first Airstream. Aircraft inspired design would explode in popularity after WWII with the 1950s “Jet Age” and it still remains popular today. 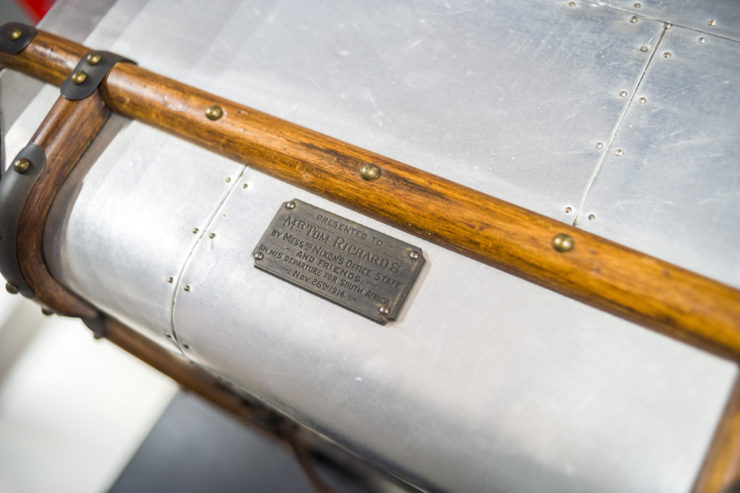 Interestingly the side cabinet comes with a small plaque that dates it back to 1914.

We don’t have a whole lot of additional information about this desk and cabinet combination, just the size at 30.5 × 60 × 30 inches for the desk and 23 x 23 x 23 inches for the cabinet. The two pieces appear to have been manufactured separately and some time apart, the cabinet carries a plaque dating it back to 1914.

If you’d like to see more or register to bid you can visit the listing here. 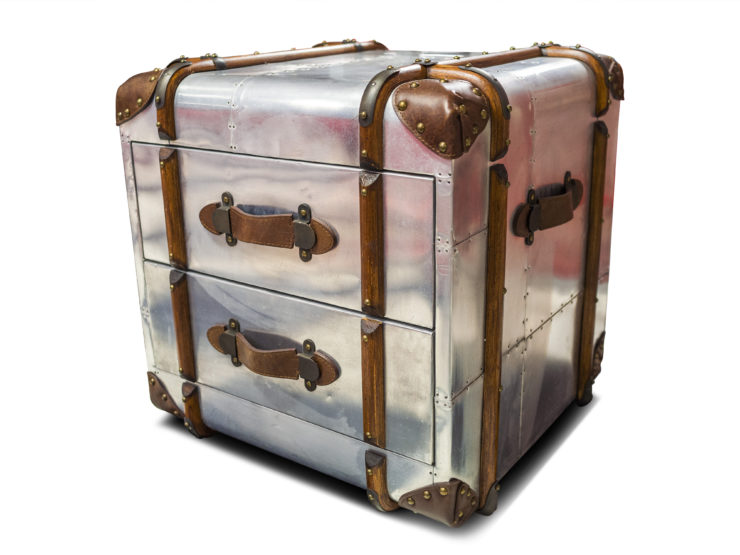 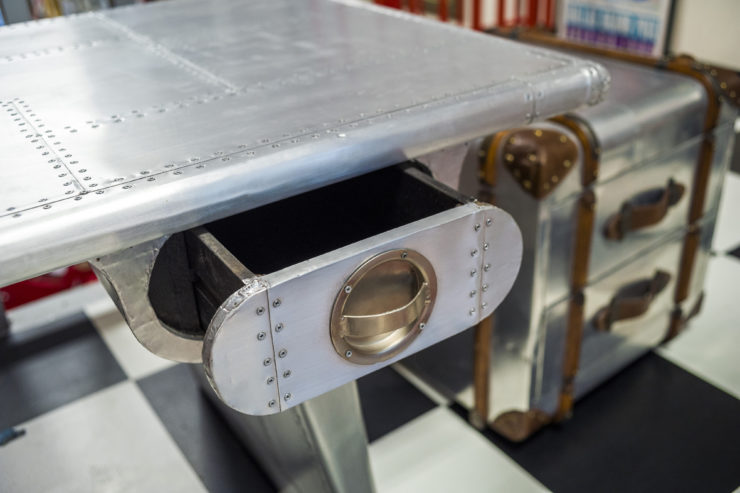