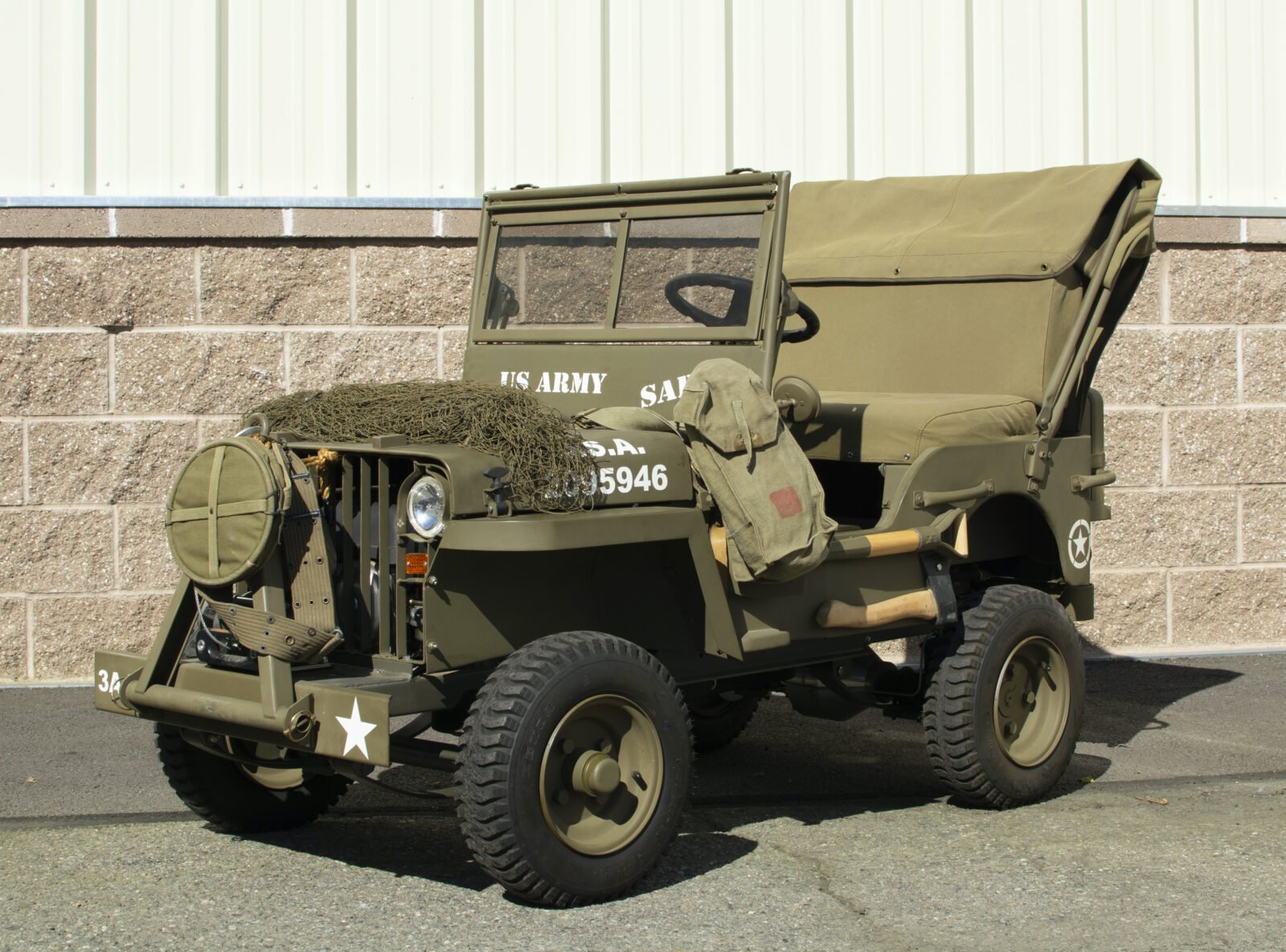 This mini Jeep is modeled on the WW2-era military MB/GPW Jeeps from the early to mid 1940s. Just like the original full sized Jeep this one uses steel body-on-frame construction, it’s army green with a folding canvas top, and it has a front-mounted gasoline engine.

Each one of these mini Jeeps was built by East Coast Mini Classics of Sanford, Maine to a surprisingly detailed level – even the tire tread pattern is correct for the era. Inside you’ll find seating for two children, though no age limits are listed, and the steering wheel is mounted on the left with a large throttle pedal.

The vehicle is powered by a 13 hp Honda gasoline engine with an electric starter, it uses a hydrostatic drive with reverse, as well as rack-and-pinion steering, all-wheel suspension, and it has a full-floating rear axle with an aluminum differential.

The engine has a heavy-duty oil cooling system, it has dual hydraulic disc brakes, and an emergency parking brake. The mini Jeep has a complete lighting system including headlights which is powered by a 20 amp alternator, and it has a new deep cycle maintenance-free battery. 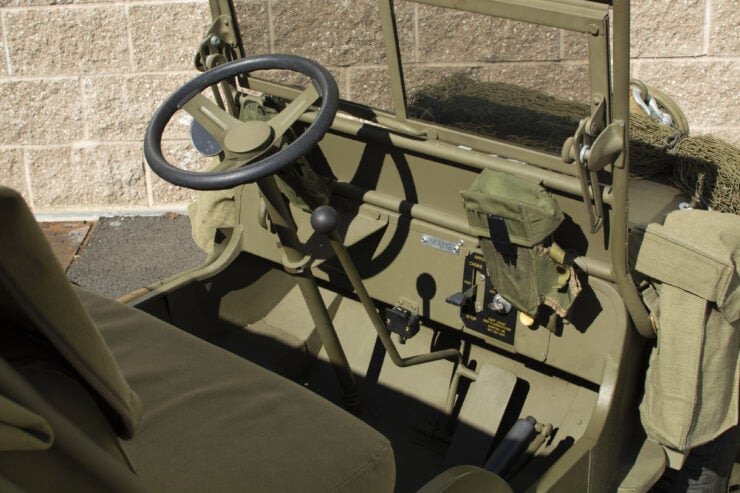 Above Image: The Mini Jeep has seating for two children, a fully functioning lighting system, rack and pinion steering, and a 13 hp gasoline engine mounted up front.

Interestingly the team at East Coast Mini Classics fitted it with a functional front-mounted Warn winch as well as authentic military surplus accessories such as a jerry can, canteens, a shovel, an axe, camouflage netting, and storage pouches.

The top speed isn’t listed however it’s safe to expect that it would be modest, the reasonable ground clearance would make it suitable for some simple off-asphalt excursions and the folding top will come in handy if the weather takes a turn for the worse.

This mini Jeep is due to cross the auction block with RM Sotheby’s in early May, if you’d like to read more about it or register to bid you can click here to visit the listing. 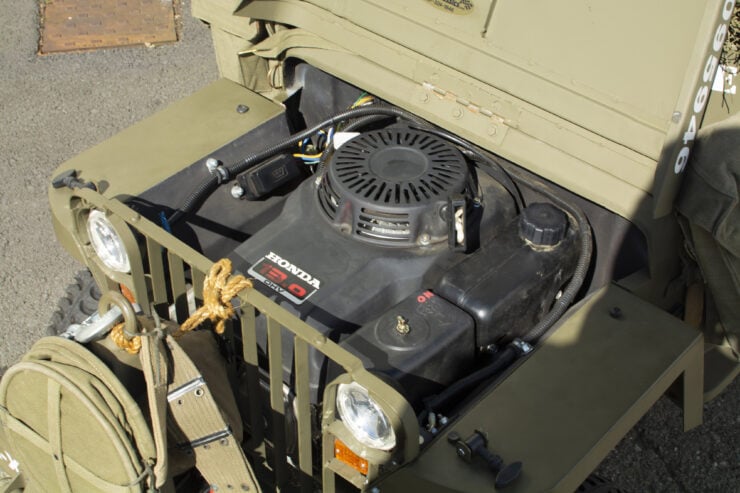 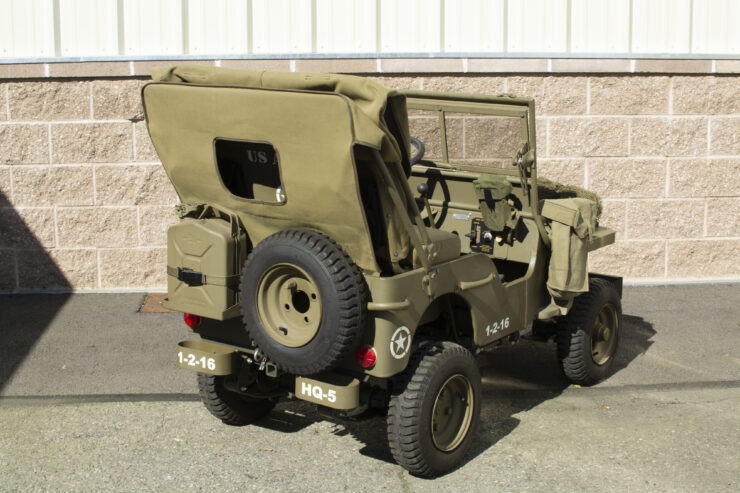 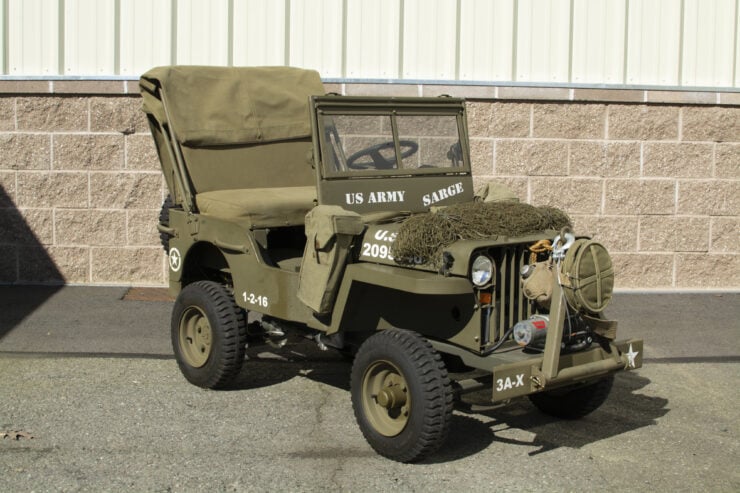 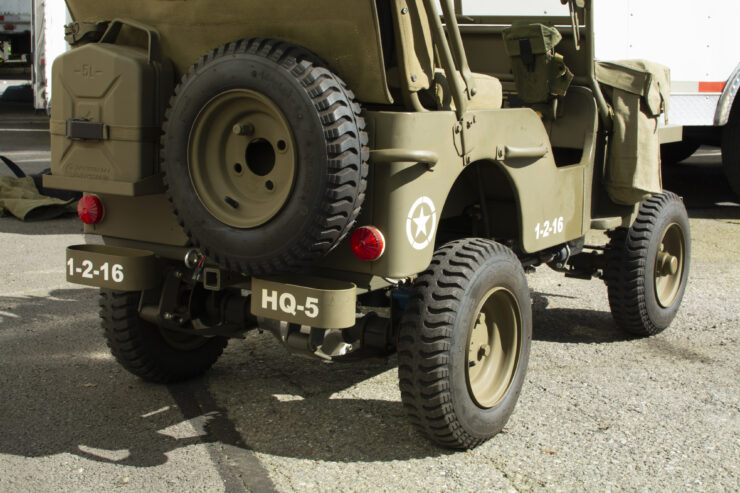 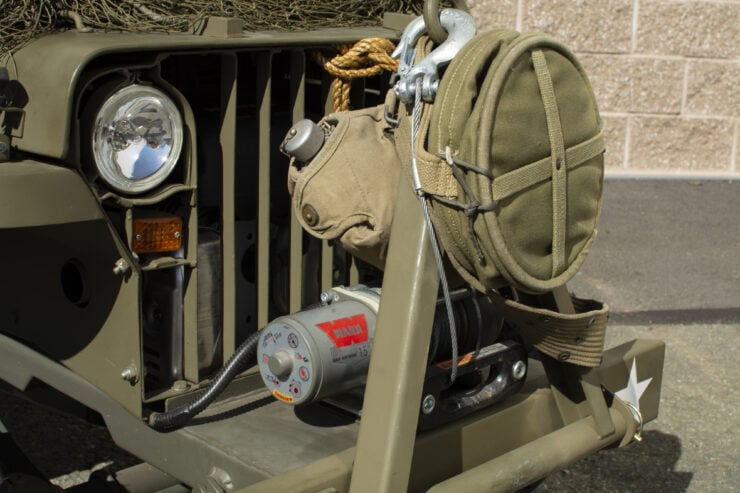 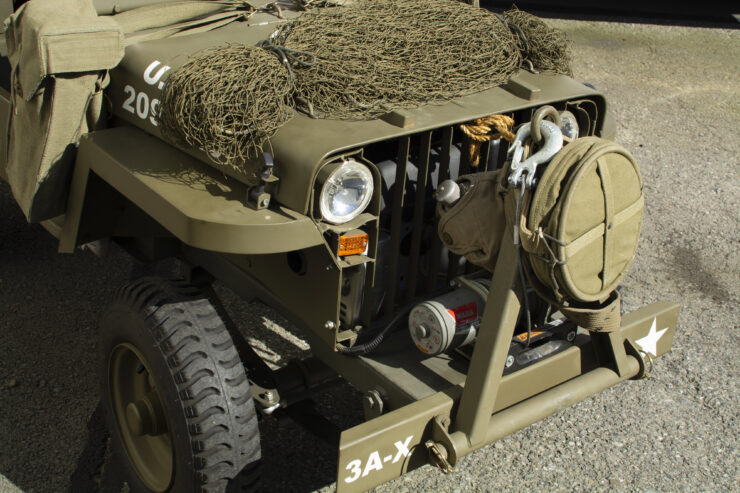