This is the first 4K resolution scan of Master Hands, a film described as a classic capitalist realist drama showing the manufacture of Chevrolet automobiles from the foundry to the finished vehicles rolling out of the factory.

Unlike many similar films from this era, this one is largely free of that booming narration that was so common at the time. Instead you get a light soundtrack of classical music playing alongside truly remarkable footage of the full production cycle – from liquid iron being poured into moulds to final assembly.

The industrial might of the United States during this period in history was unmatched, as the world would see when America was dragged into the war by the bombing of Pearl Harbor in late 1941. The country quickly tooled up for the war effort, supplying equipment to both American and Allied forces around the world, helping to hasten the end of the conflict.

This film was made by the Jam Handy Organization in 1936 and later selected for the 1999 National Film Registry of “artistically, culturally, and socially significant” films.

Master Hands provides a fascinating insight into just how much manual labour went into auto manufacturing before the age of robotics and computerization. The lack of safety considerations is also notable with no sign of safety glasses, high-visibility vests, or hard hats. 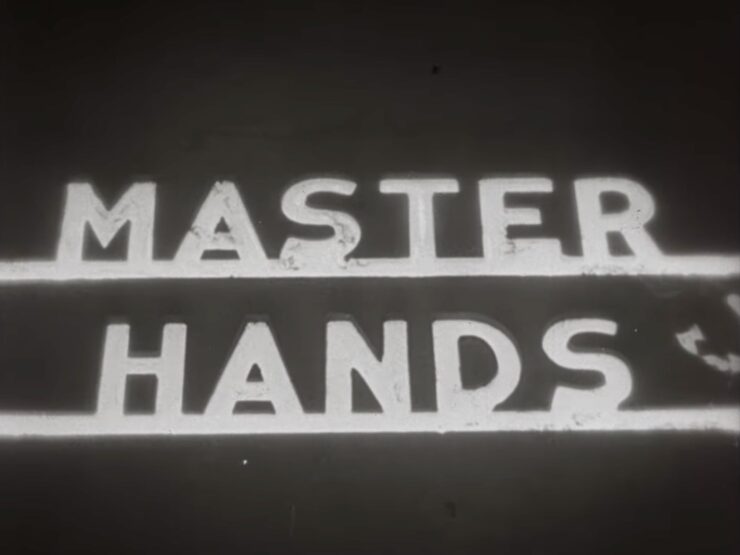 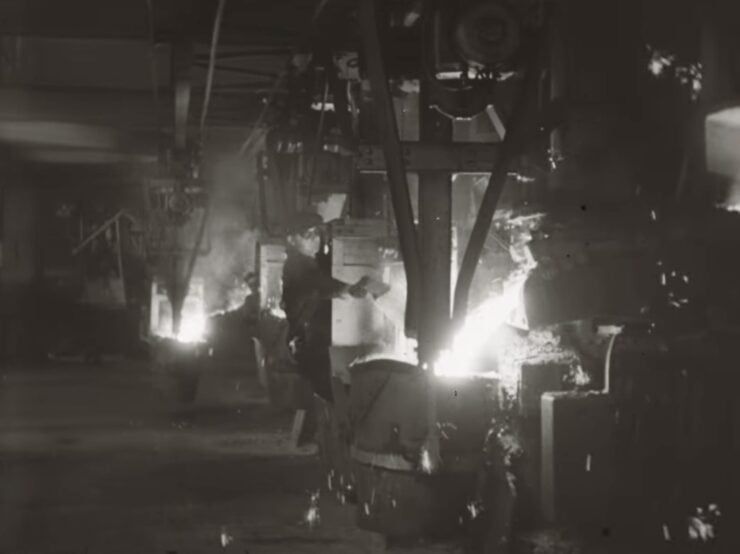 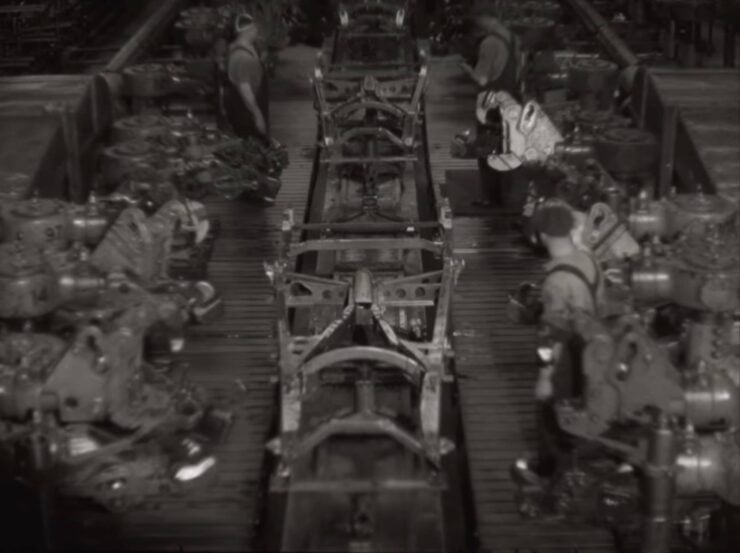 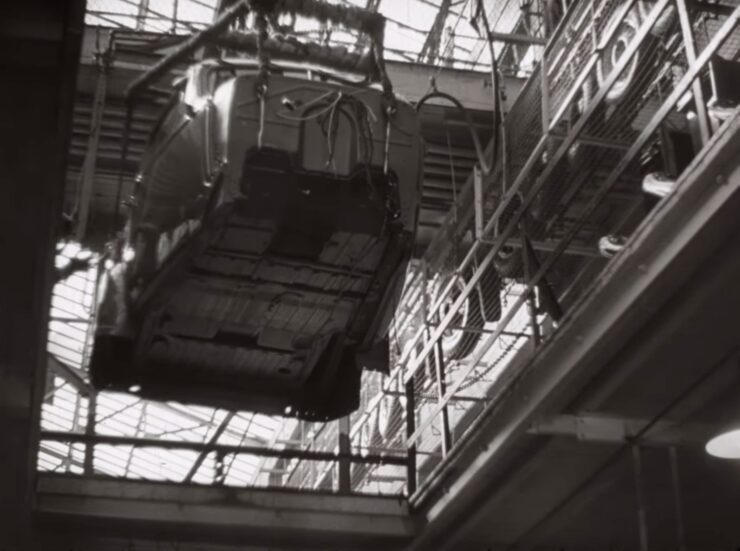 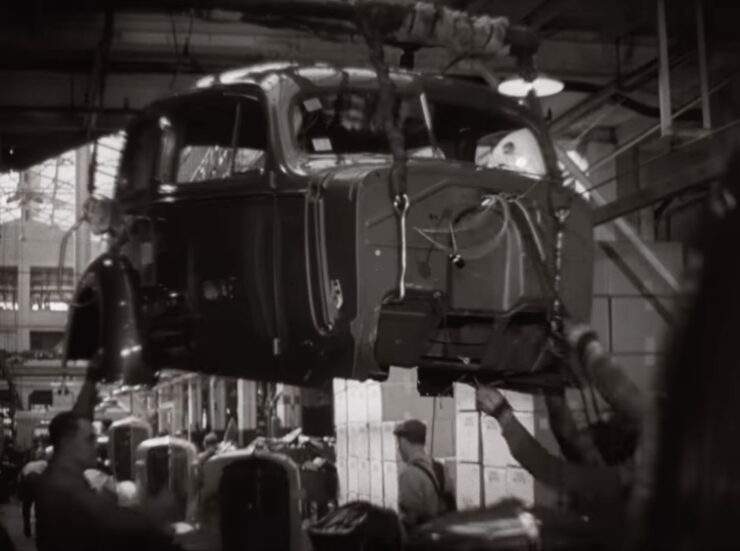 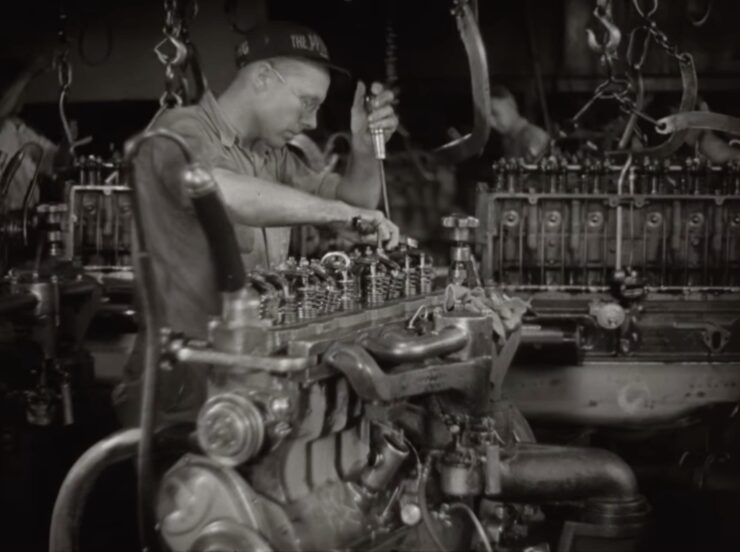 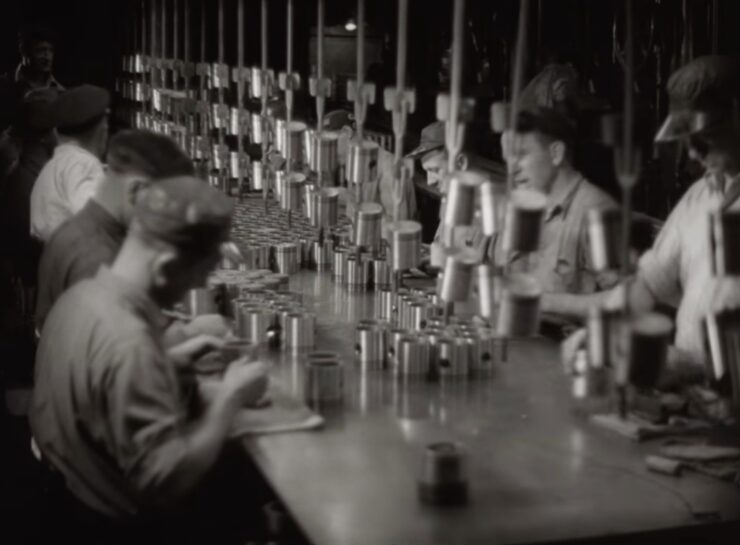 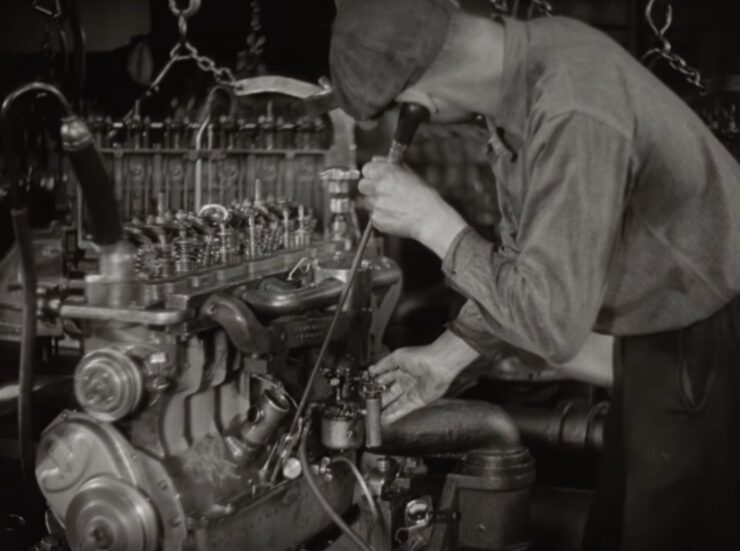