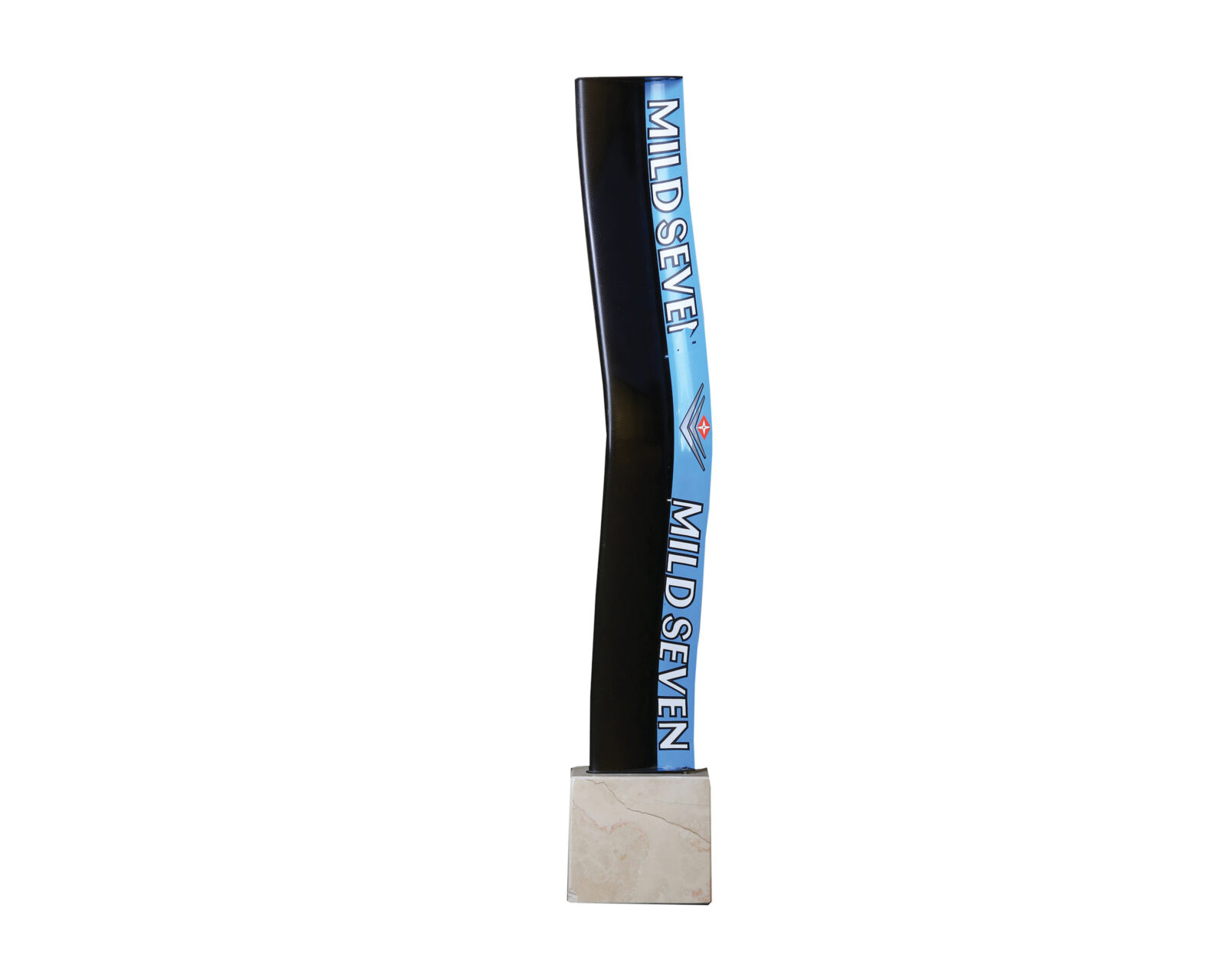 This is a rear wing element from Michael Schumacher’s Benetton B194 Formula 1 car, it was dislodged in an accident during qualifying for the 1994 Australian Grand Prix. This would be an eventful race for Schumacher, he was almost tied in the championship standings with British driver Damon Hill.

As this was the final race of the season, the championship would be decided by the time the chequered flag fell – both Schumacher and Hill were battling for their first title.

During qualifying Nigel Mansell set a lighting-fast qualifying time of 1:16.179, Schumacher desperately wanted the advantage he would get from a pole position start – so much so that he overcooked it and binned the car into the wall. Schumacher’s previously set time of 1:16.197 was good enough for 2nd on the grid the next day, one place ahead of Hill.

It was this crash that resulted in a few parts of Schumacher’s car coming loose – including this piece of the rear wing that’s now been preserved for posterity and mounted to a base with a plaque fitted to the top.

The battle between Schumacher and Hill during the race has gone down in infamy, on lap 36 the two men collided as Schumacher came back onto the track after losing control and going off. You can watch the incident yourself above, the stewards deemed it a racing incident and took no further action, so Schumacher took his first F1 World Championship title.

F1 memorabilia is an industry worth countless millions of dollars each year as fans and collectors work to acquire important and significant pieces. Any car parts are always highly prized, and car parts from significant race weekends are particularly popular.

RM Sotheby’s will be offering this Benetton rear wing element on the 6th of February at their Paris auction, there’s currently no price estimate attached to the lot, and you can click here if you’d like to read more about it or register to bid. 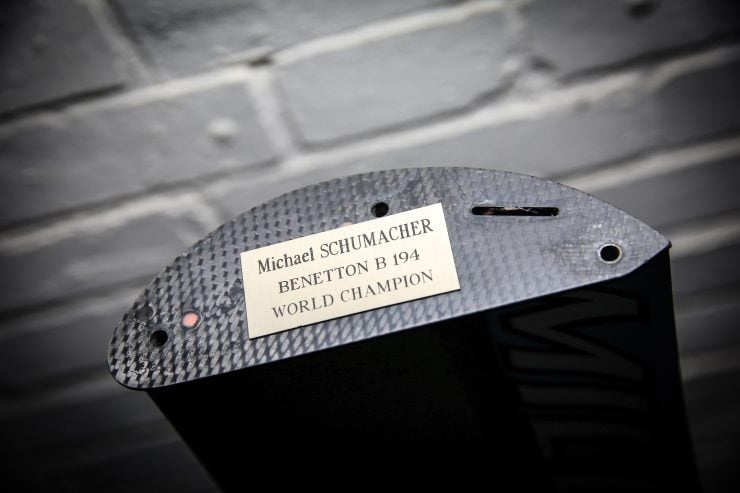