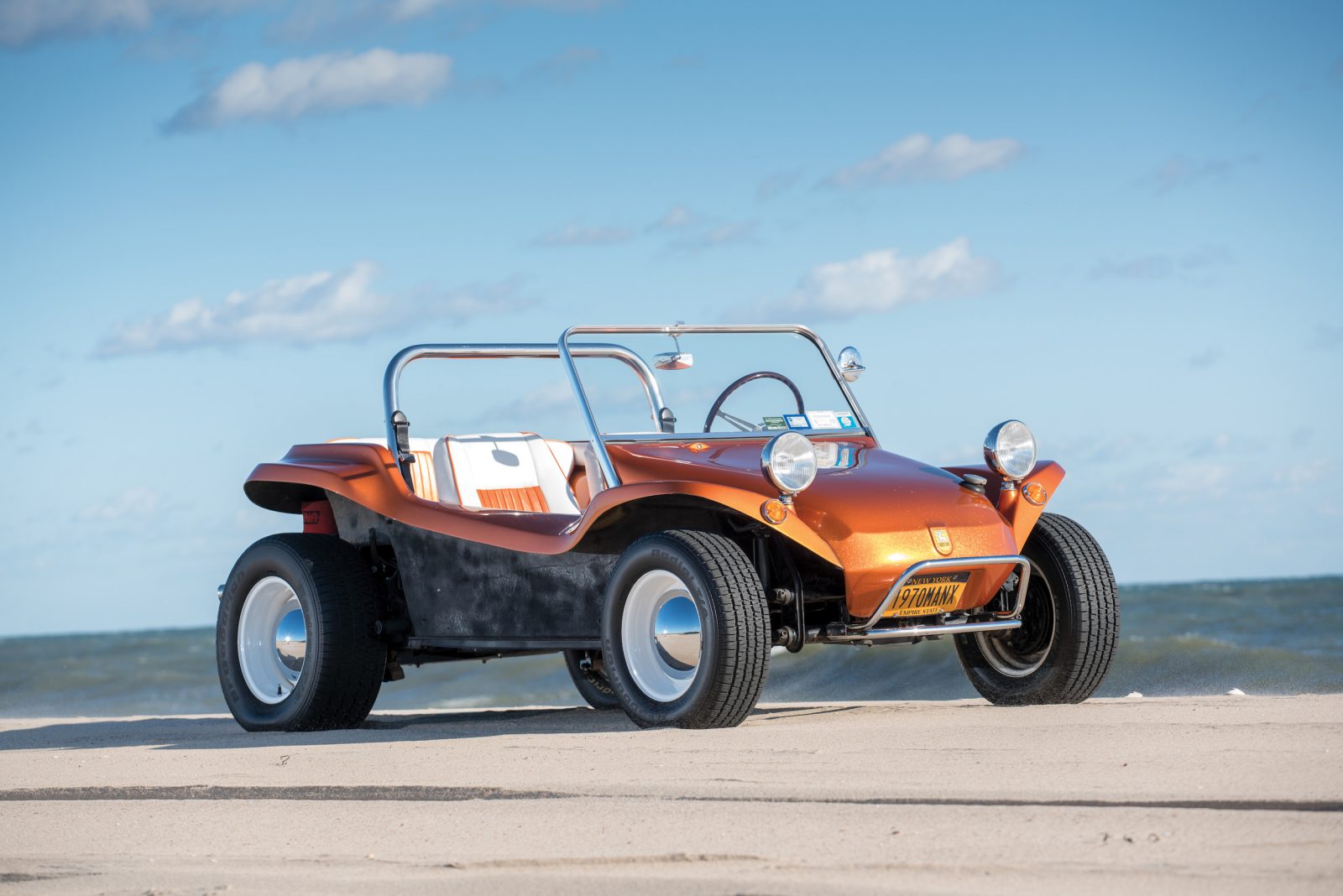 A Brief History of the Meyers Manx

The Meyers Manx is a dune buggy developed by Bruce Meyers, it originally had an advanced fiberglass composite monocoque body with a VW Beetle drive train and suspension attached, however this proved complex and costly to mass-produce. The second design still used a large fiberglass tub, but it was now bolted to a shortened VW Beetle floorpan. This hugely simplified the construction, and resulted in the Manx being quite cheap to build – particularly as secondhand Beetles could be bought very inexpensively in the 1960s.

In his early life Bruce Meyers attended art school before finding his way aboard the aircraft carrier USS Bunker Hill as a gunner during WWII. The nautical life appealed to him (despite the best efforts of the Kamikaze) and after the war he found work building fiberglass boats for Jensen Marine in California.

This background in art and fiberglass boat construction perfectly prepared Meyers for what would become his most famous achievement. As an avid surfer he saw many dune buggies, almost invariably made from heavy American road cars or their parts. Bruce knew he could build something far lighter and faster using fiberglass – so he sketched out designs for an ideally proportioned dune buggy that was light, had large wheels and tires, a low center of gravity, minimal ramp over exposure, and optimal entry and departure angles.

The decision to use a shortened VW Beetle platform was inspired, it meant the buggy would have independent front and rear suspension, a mechanically simple engine with no radiators or cooling hoses, and a rear weight bias that kept the weight over the driven wheels. 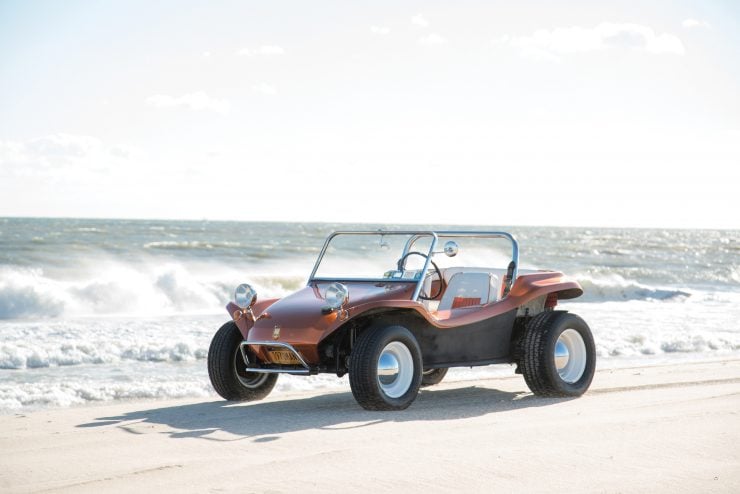 In 1965 Bruce started selling kits for people who wanted to build their own Meyers Manx buggy, and they sold like hotcakes. They sold so well in fact that it was difficult to keep up with demand, and a slew of copycats popped up offering Manx clones for discounted prices, often with suboptimal materials and construction.

Over the course of the Manx heyday it’s estimated that over 350,000 were build – however only 5,000 or so of those were official Meyers Manx buggies. Bruce filed a court case to protect his intellectual property however the judge controversially ruled that his patent as unpatentable – opening the floodgates for those copying the design and resulting in B. F. Meyers & Co. going out of business in 1971.

VW Beetle floorpans can now be bought new, there are companies building them from scratch, so it’s now possible to build a brand new zero mile Meyers Manx for the first time since 1971.

Collectors have been taking an increasing amount of interest in the original Manx buggies. Although approximately 5,000 were built many have been crashed or succumbed to the ravages of time – so clean surviving examples are much sought after.

The beautifully presented example shown here is a 1970 model, built just a year before the company shut down. It’s fitted with classic steel wheels and chrome hubcaps, small front and rear chrome bump guards, and a thick chromed rollover bar.

The VW flat-4 is fed by dual Weber Downdraft carburetors topped with UNI pod filters, exhaust exits from long tube headers into a single muffler. The interior has seating for 4, with two-tone white and orange seats, a wood rim steering wheel, and an original Gene Berg Bug Shifter.

If you’d like to read more about this Manx or register to bid you can click here to visit the listing on RM Sotheby’s. 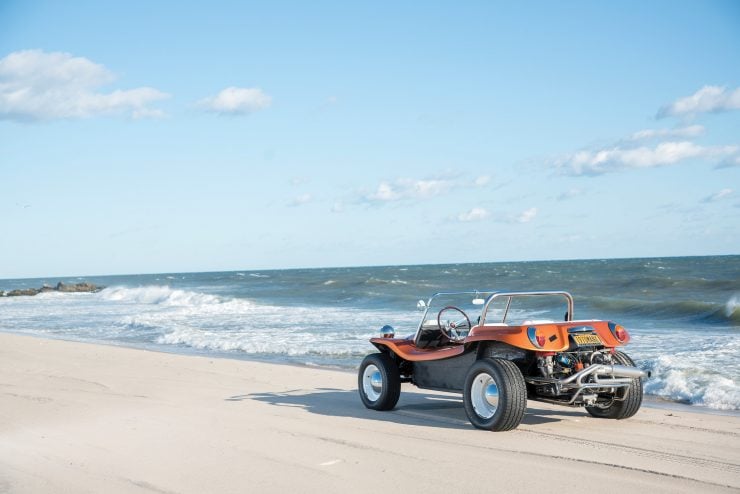 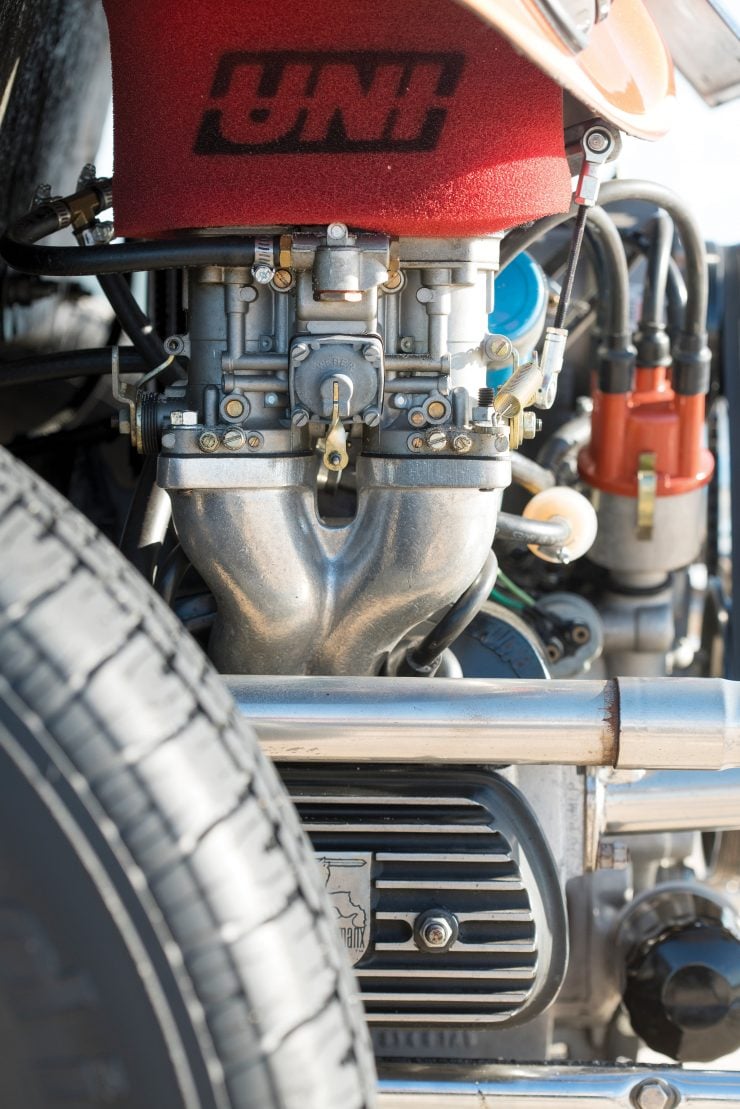 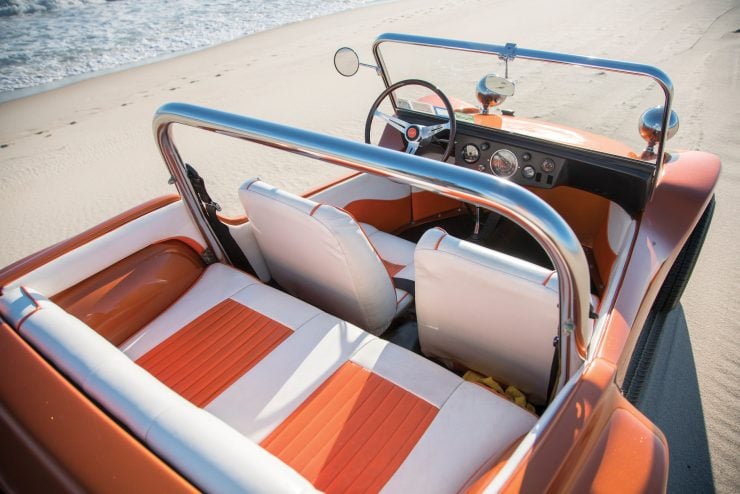 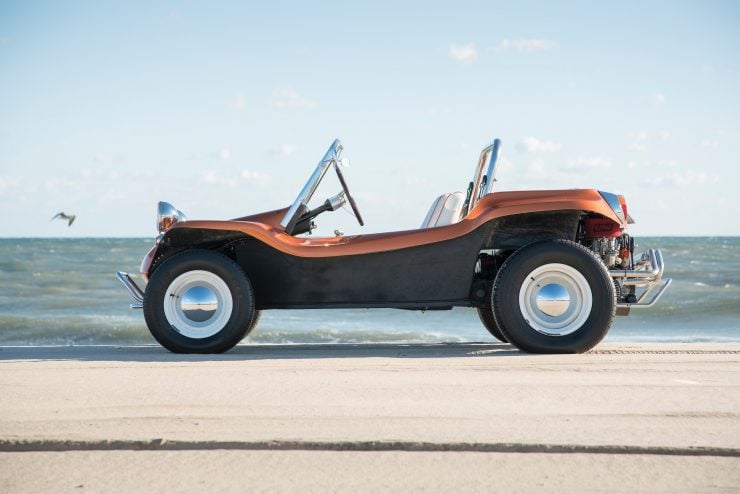 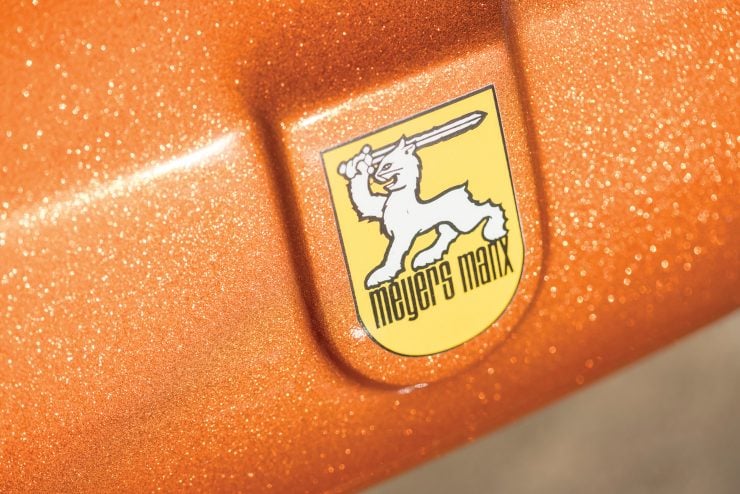 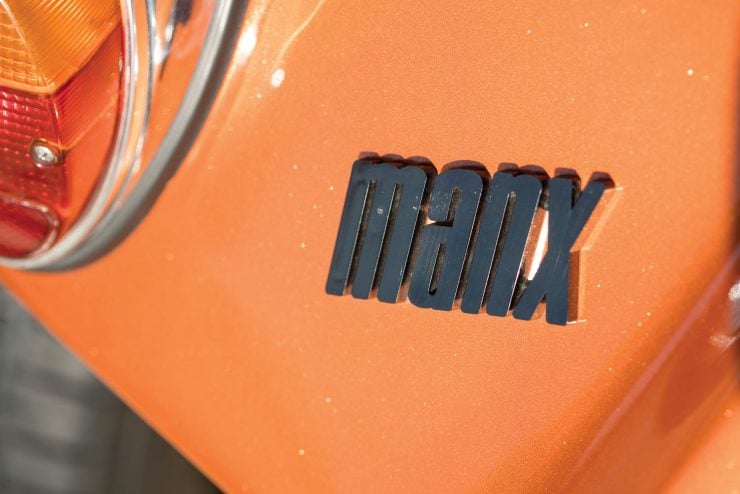 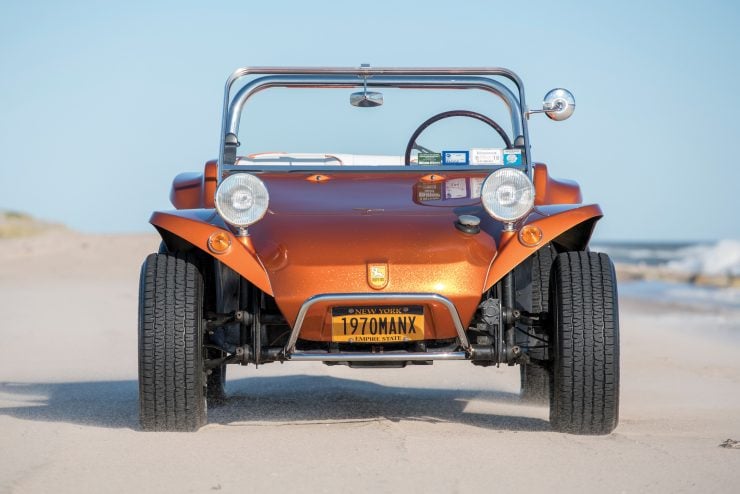 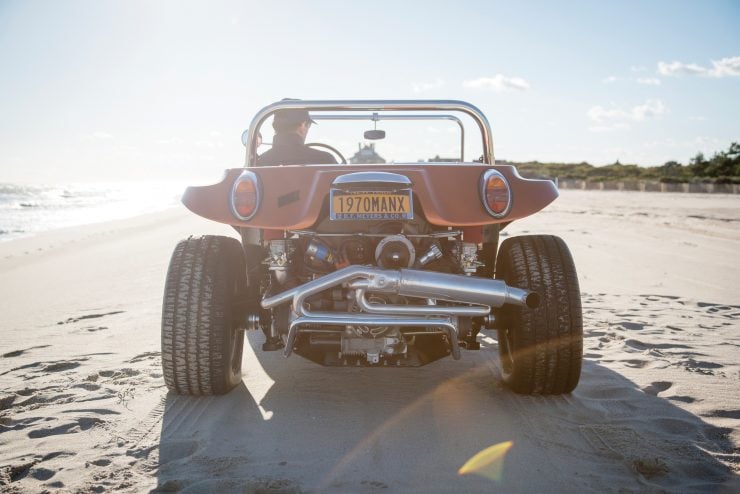 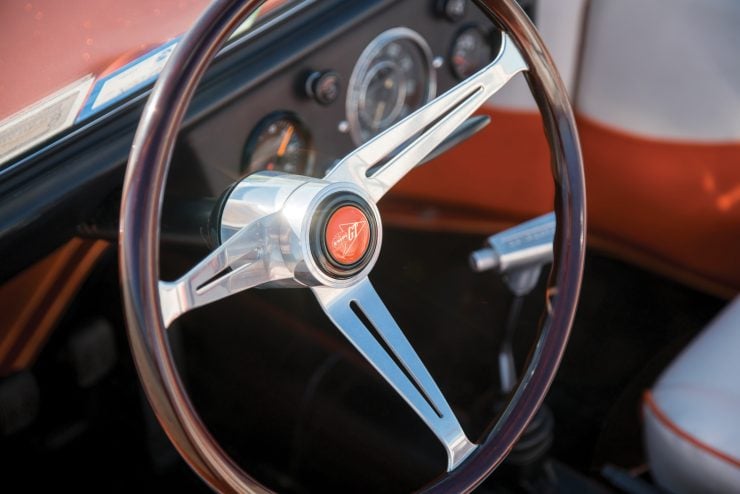 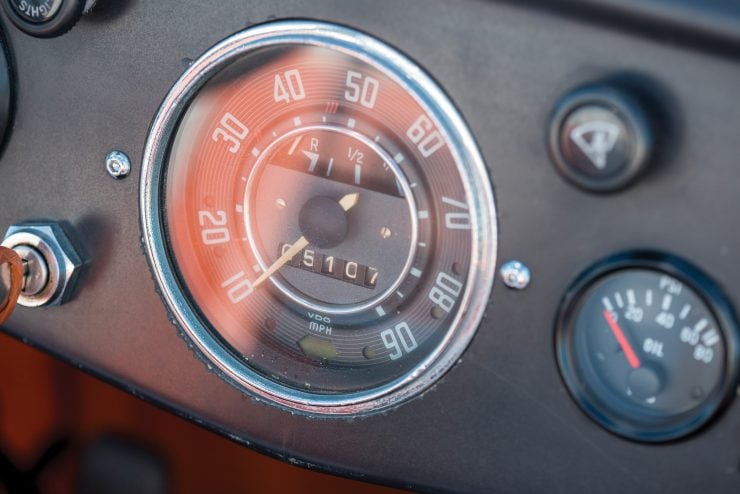 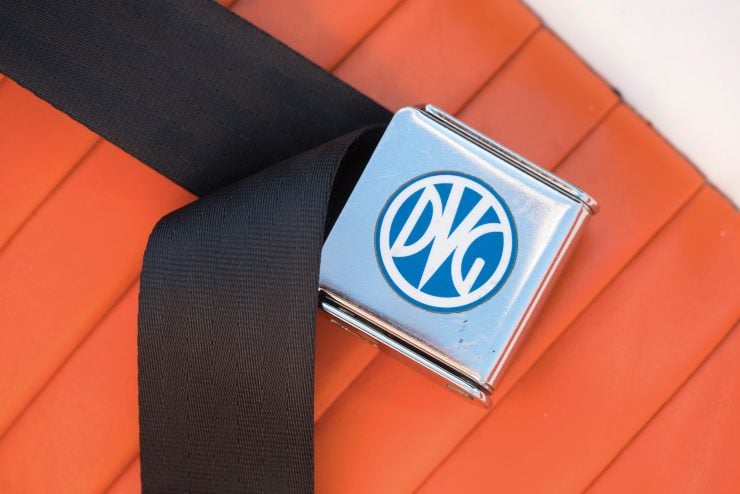 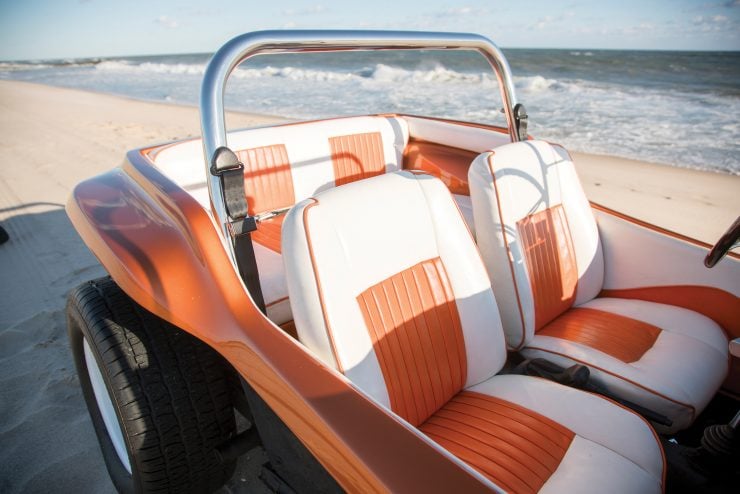 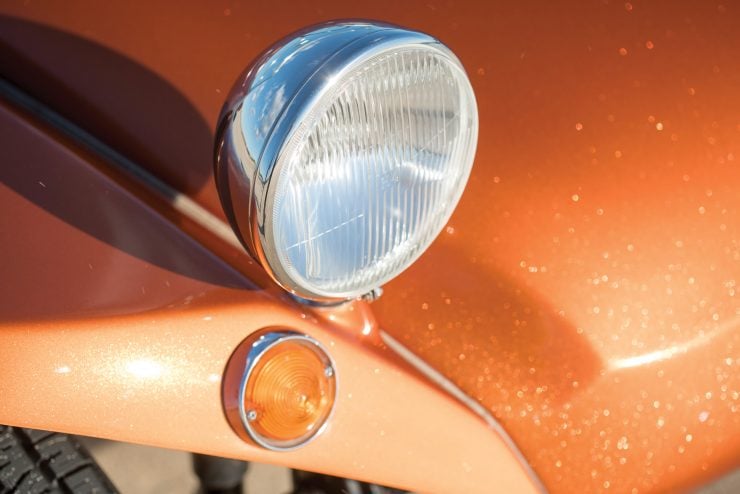 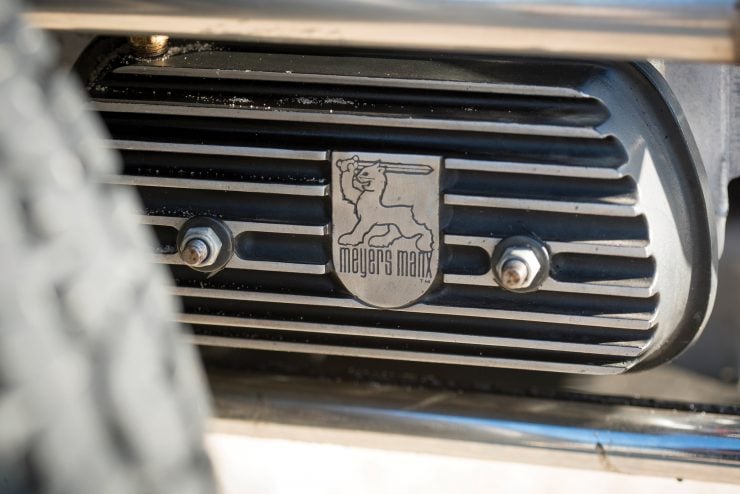 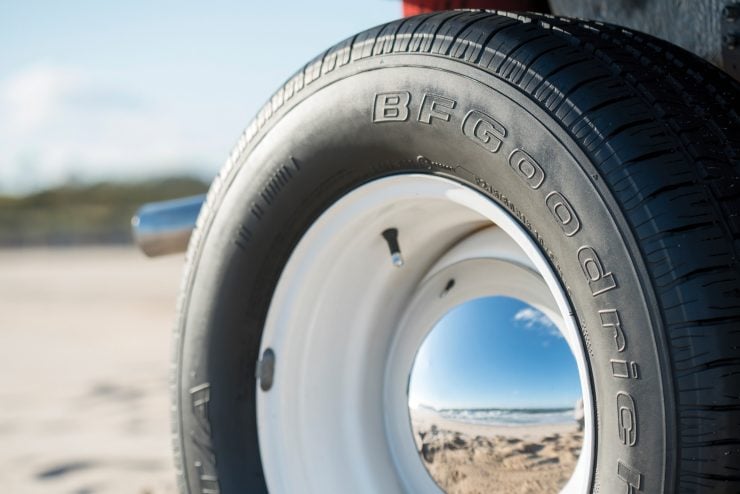 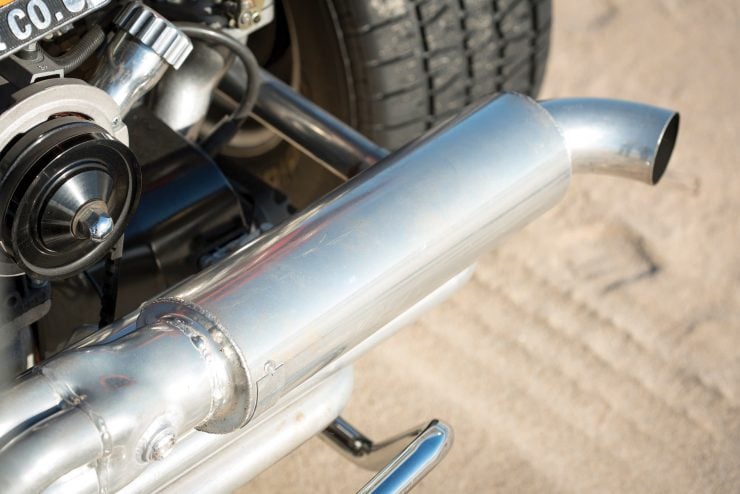 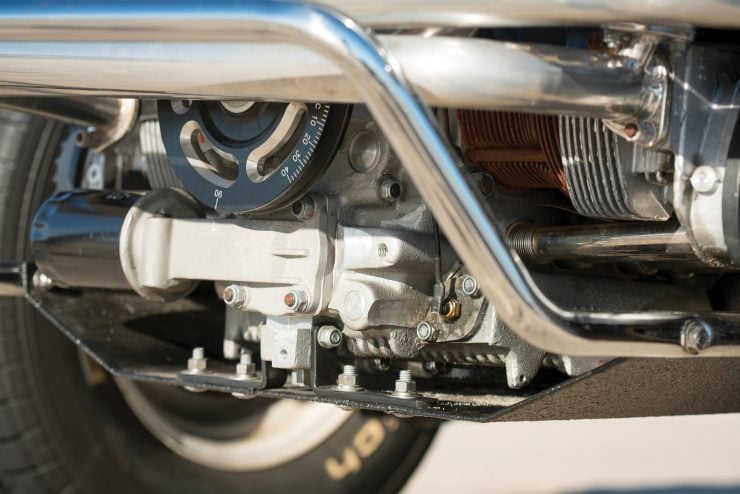 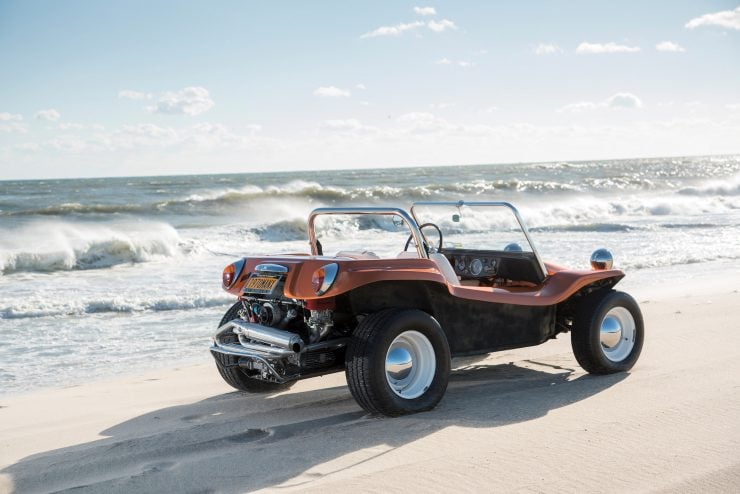 This is the only privately owned F-4 Phantom II capable of flight in the world, and it’s currently for sale. The McDonnell F-4 Phantom II is one of the most beloved jet fighters of all…