The Kaiser Jeep M715 is the military variant of the civilian Jeep Gladiator. By the mid-1960s it became clear that the current US Military 4×4 truck, the Dodge M37, needed to be replaced – rather than put out a tender to manufacturers for a new vehicle design, the military went looking for a current production truck that could meet its specifications in order to keep both initial costs down, as well as ongoing maintenance and part costs.

The truck needed to be four wheel drive, it needed a load carrying capacity of 1 1/4 tons, and it needed to be rugged enough to withstand the rigours of military use. The Kaiser Jeep M715 was selected, it was built in a number of variants including the M724 (cab and chassis), the M725 (four berth ambulance), the M726 (telephone maintenance utility), and other variants on these.

The Kaiser Jeep M715 was powered by a 230 cu. in. (3.8 litre) Jeep Tornado inline-6 cylinder overhead cam gasoline engine. This was a notably advanced engine for the day and the first mass-produced overhead cam engine in the United States post-WWII.

Unusually the overhead cam only had 6 lobes, each lobe operated both the exhaust and inlet valve for each cylinder. This allowed better valve arrangement in the cross-flow head, but did add some complexity to cam lobe design. In standard trim the Jeep Tornado engine produced 140 hp at 4,000 rpm and 210 ft lbs of torque at 1,750 rpm with an 8.5:1 compression ratio.

Power was sent to the live axles via a Warner T-98 4-speed manual transmission, braking was accomplished via power assisted drums on all four corners, and both the front and rear axles ride on leaf springs. Over the course of the 1967 to 1969 military production run 33,000 examples of the Kaiser Jeep M715 were built, they were deployed to Vietnam, the Korean DMZ, and bases in Europe.

Many thousands of M715s have survived and are now in private hands in the United States. They’re often a target for restomods including larger, more powerful engines, uprated transmissions, larger wheels and tires, and a slew of other modifications to improve both their on and off-road ability.

Interestingly, the M715 is still in production in South Korean by Kia for use by the South Korean Armed Forces. Indian automaker Tata is also developing a M715 type vehicle as a candidate for the Indian Army’s LSV requirement.

This V8 is mated to an Oldsmobile automatic transmission to make daily driving much easier, it also means it’s now highway drivable as well – something that can be a struggle in the original 6-cylinder 4-speed vehicle.

Up front it rides on a Dana 60 axle and there’s a Dana 70 axle in the rear, both ride on new heavy duty leaf springs and the original drum brakes are kept as is the 2 horsepower front-mounted winch. The look of the truck is transformed by the 42” Super Swamper tires designed for off-road use but still more than capable of being driven on the road.

If you’d like to read more about this truck or register to bid you can click here to visit the listing on Worldwide Auctioneers. It’s due to roll across the auction block on the 4th of October and it’s being offered with no reserve. 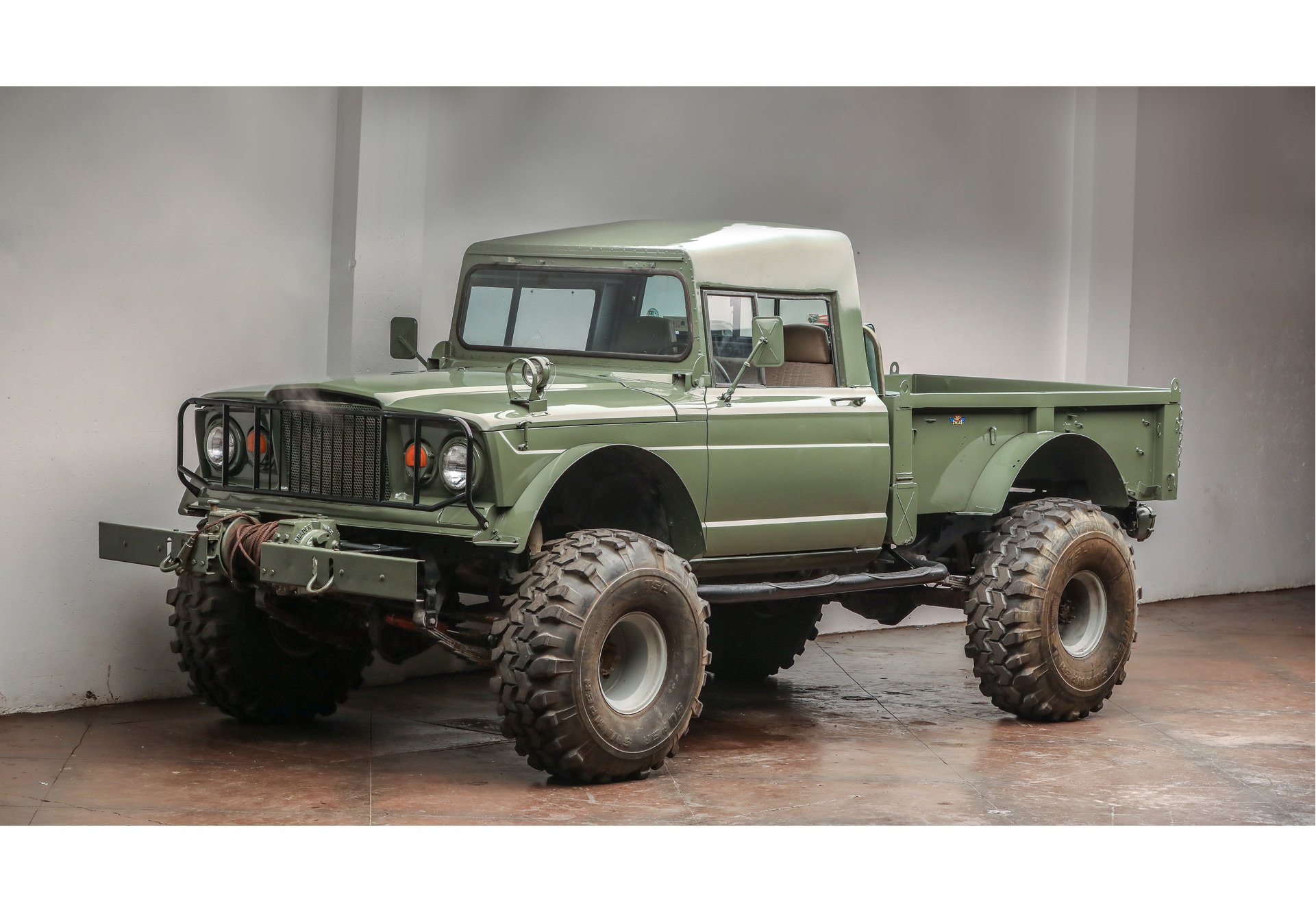