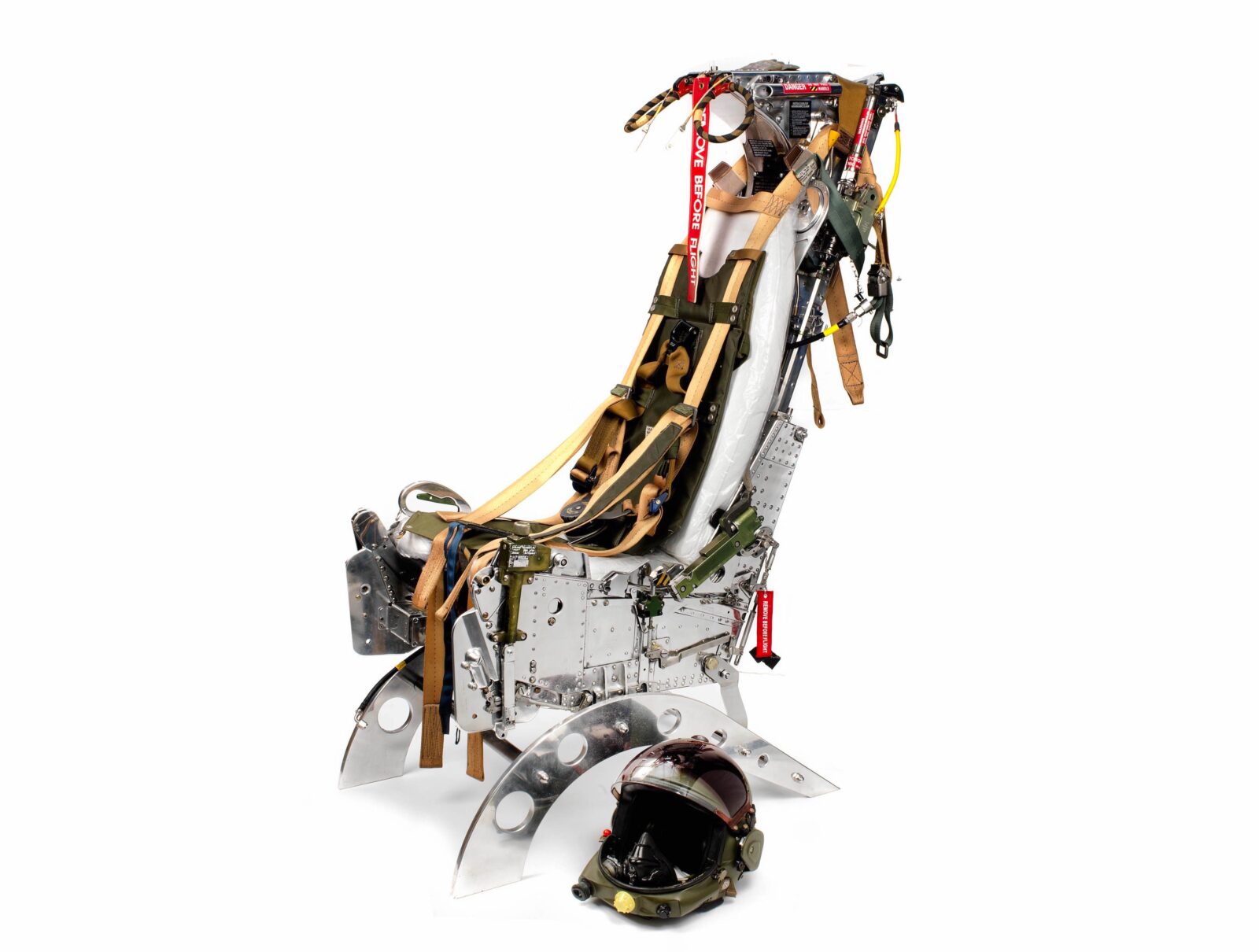 This is a Martin-Baker Mk.7 rocket-assisted ejection seat from a McDonnell-Douglas F4 Phantom II – America’s pre-eminent fighter jet in the 1960s that was used extensively in the Vietnam War.

As you would expect this ejection seat has had its original rocket systems removed and it’s now supplied as an inert display piece. The seat has seen a few upgrades since it was decommissioned, it’s been polished to a mirror finish and reupholstered in white leather, it also now sits on a new permanent polished alloy base.

Although the F4 Phantom II was an American aircraft it was fitted with British ejection seats from Martin-Baker, this company was an early innovator in the field of ejection seats and they estimate that 7,613 lives have been saved through the use of their seats since the first ejection in 1945.

This seat is being supplied accompanied by a high-speed, anti-blast fighter pilot’s helmet, a Mk 5/A by the ML Aviation Company. The helmet is finished in green with a hinged oxygen radio mask chin guard and part tinted visor, it also has a velvet visor cover and internal earphones. 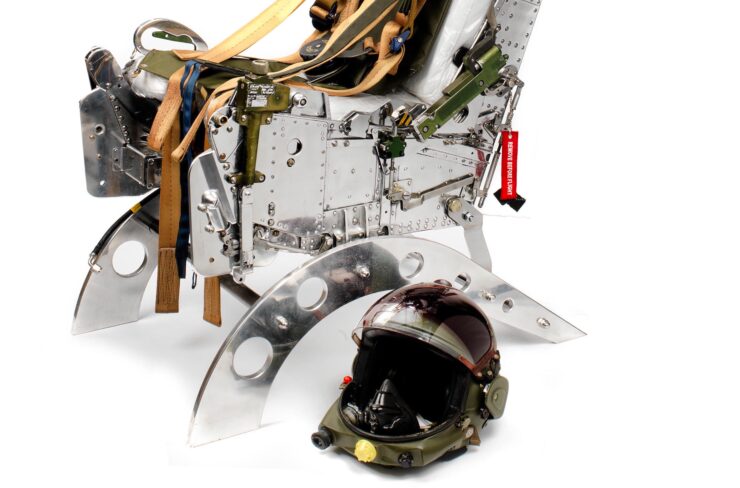 Above Image: This ejection seat has been modified for display, and it comes with the above pictured fighter pilot’s helmet.

The reason zero-zero capability was so important is that earlier seats needed to be used at a minimum safe altitude and speed in order for the parachute to have time to open. This meant that pilots couldn’t use the seats if they needed to during low speed and low altitude flights.

The addition of small rockets to the bottom of the seat and an explosive charge to assist the parachute canopy in deploying gave the Mk.7 its zero-zero abilities and it’s a standard feature on most modern ejection seats. 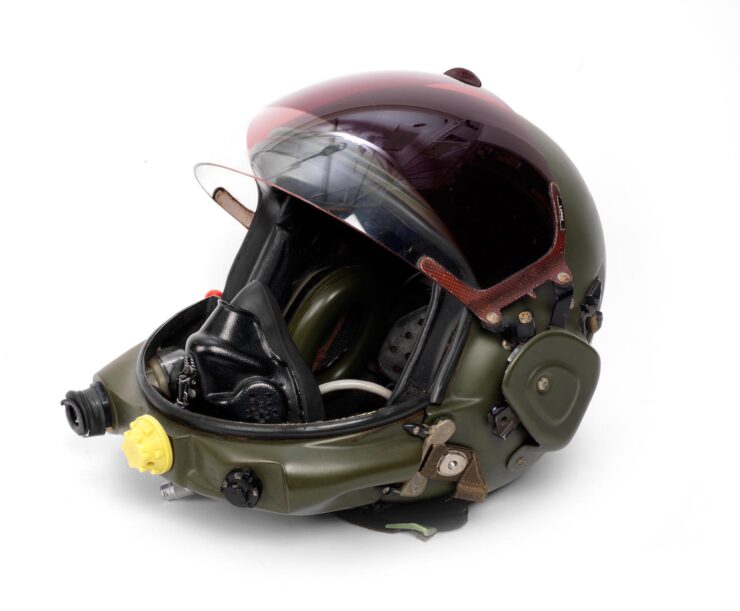