First Ever NHRA National Event in 1955

The NHRA or National Hot Rod Association was founded by Wally Parks in 1951, he wanted to get drag racing off the streets and onto safer, professional level tracks and in doing so he doubtless saved a lot of young men’s lives throughout the 50’s and 60’s.

This great 10:00 minute film covers the first ever national scale NHRA drag racing event in 1955, it’s Super-8 footage so sadly there’s no audio but it’s still well worth a watch.

Some of the cars featured are so unique that I was a a little frustrated that so little information is available on them, it seems that quite a strong cottage-industry had built up around drag racing and hand-built, one-off cars were a fairly common sight at the strip. 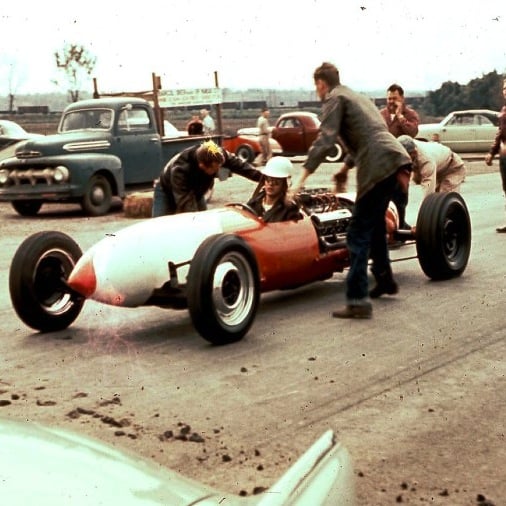