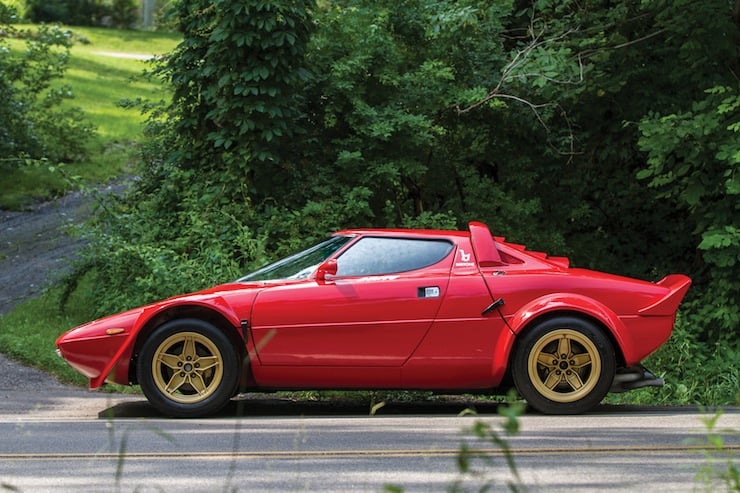 The Lancia Stratos HF Stradale, commonly referred to as the “Stratos”, is quite easily one of the most iconic motor cars of the 1970s – This is no mean feat when you consider she sheer number of incredible cars that rolled out of automobile factories around the world during the decade of disco.

The Stratos started life as a concept car at the Turin Motor Show in 1970, it was designed by Bertone and would set a trend in “wedge-shaped” super car design that continues to the modern day. The relatively small Stratos was designed specifically for rallying – the first car ever designed solely with rally racing in mind. Due to its singularity of purpose, the car would go on to dominate at international rally events right through the 1970s, still taking occasional wins all the way up to 1981. 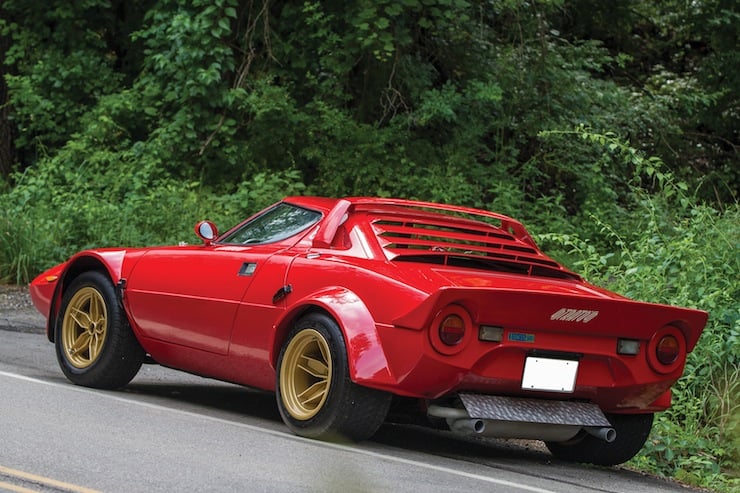 First introduced for the 1974 WRC season, the car went on to take the championship in ’74, ’75 and ’76. Due to homologation restrictions, 492 Lancia Stratos HF Stradales had to be made and were sold largely into private ownership. Some of these privately owned cars would be raced by the overwhelming majority found their way into climate controlled storage – resulting in many of the original cars, like this 1975 example, still being in almost immaculate condition.

The road-legal HF Stradale Stratos was fitted with the same DOHC V6 engine from the Ferrari Dino, it was capable of 190hp in stock form but some had aftermarket turbos fitted that punched the power output up to a slightly eye watering 580hp. The car’s kerb weight of 980kg (2,161lbs) led to it having slightly boisterous handling, a trait that the car would become famous for throughout the mid-1970s and beyond.

If you’d like to add a Stratos to your collection you’ll be able to bid on the car you see here, it’s coming up for auction on the 16th of August 2013 care of RM Auctions at their annual Monterey Auction. 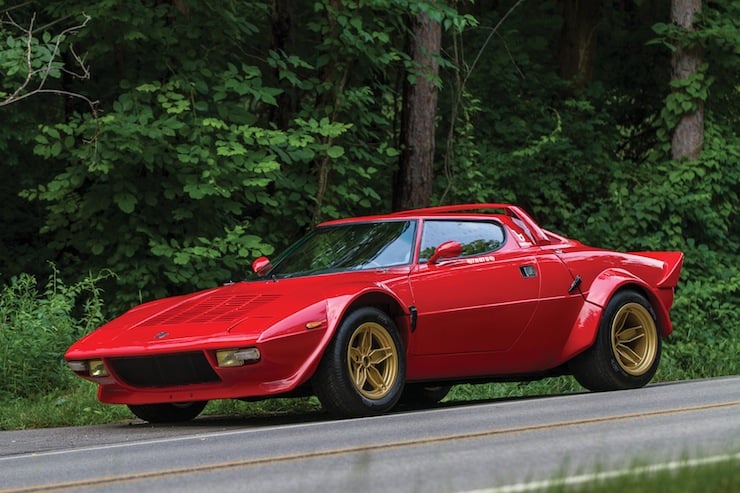 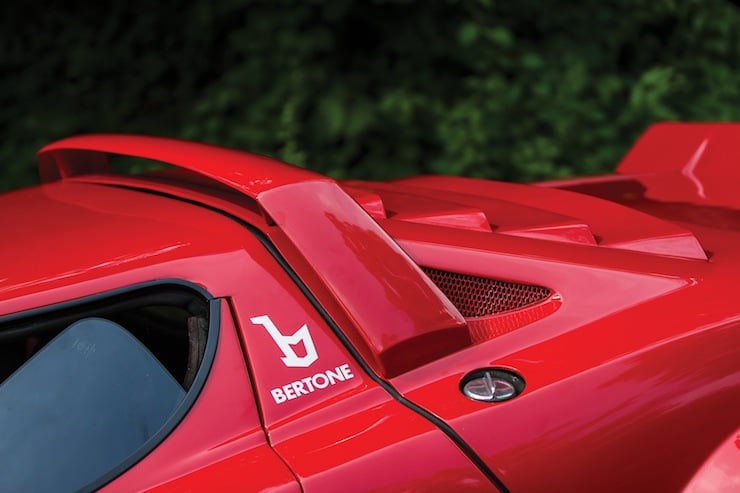 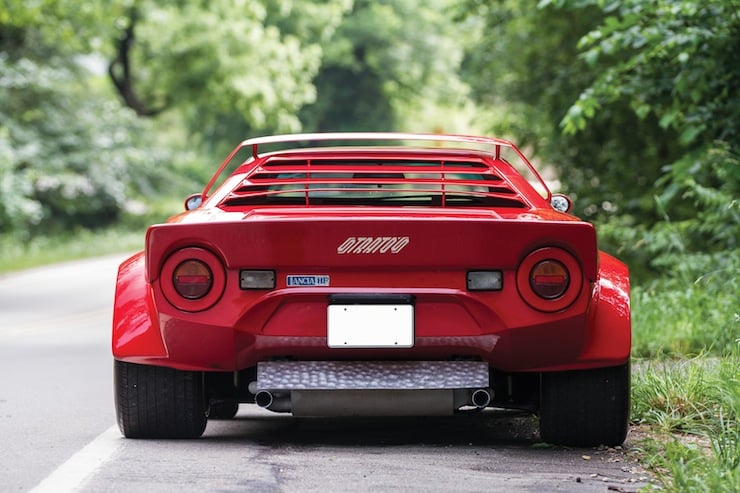 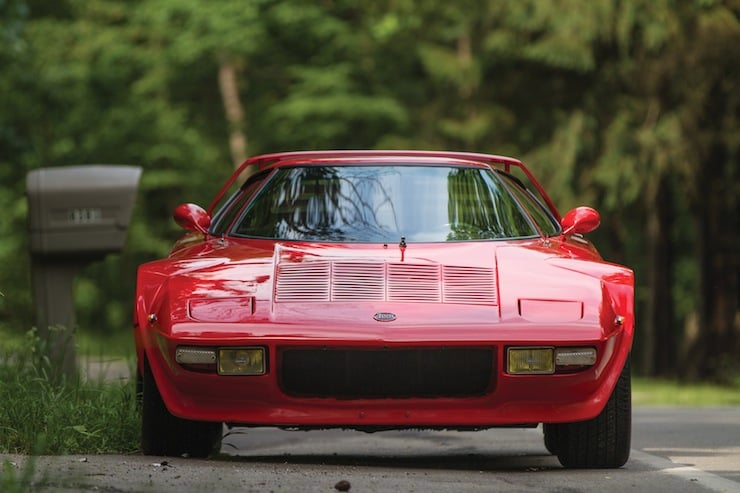 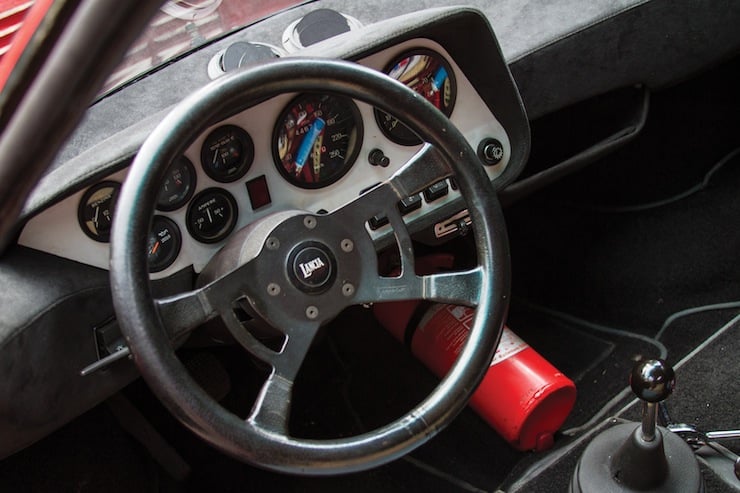 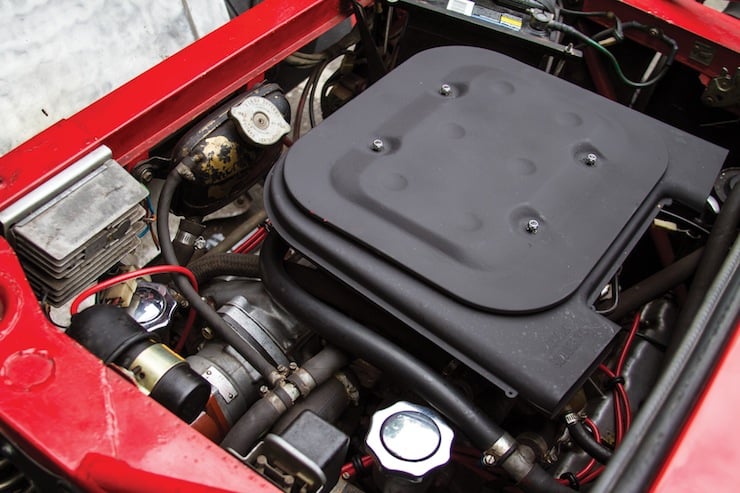 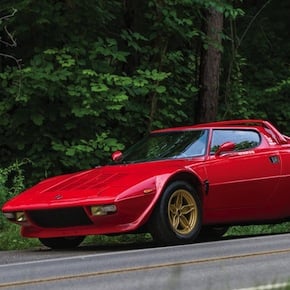