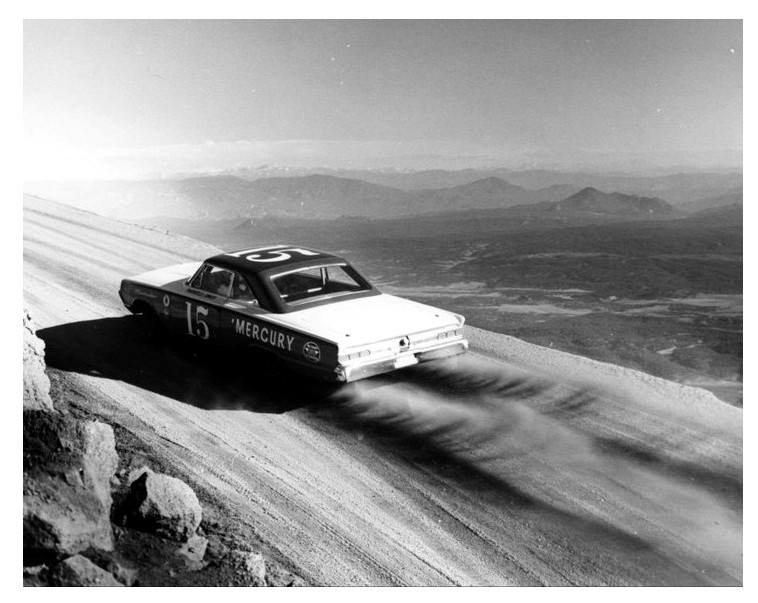 The background of this photograph has been the source of much debate between us here at Silodrome, I think it’s Pikes Peak but I’m being told there’s no way that’s the case. We can’t sort it out here so we’re turning it over to our readers, what do you think? Tell us on Twitter here or Facebook here.

Controversy aside, it’s wonderful to see a Mercury getting driven in anger on the gravel. It’s not something you see everyday and when you consider the weight, lack of 4×4 and the rather soapy suspension geometry of the car you begin to wonder if the driver was a god.