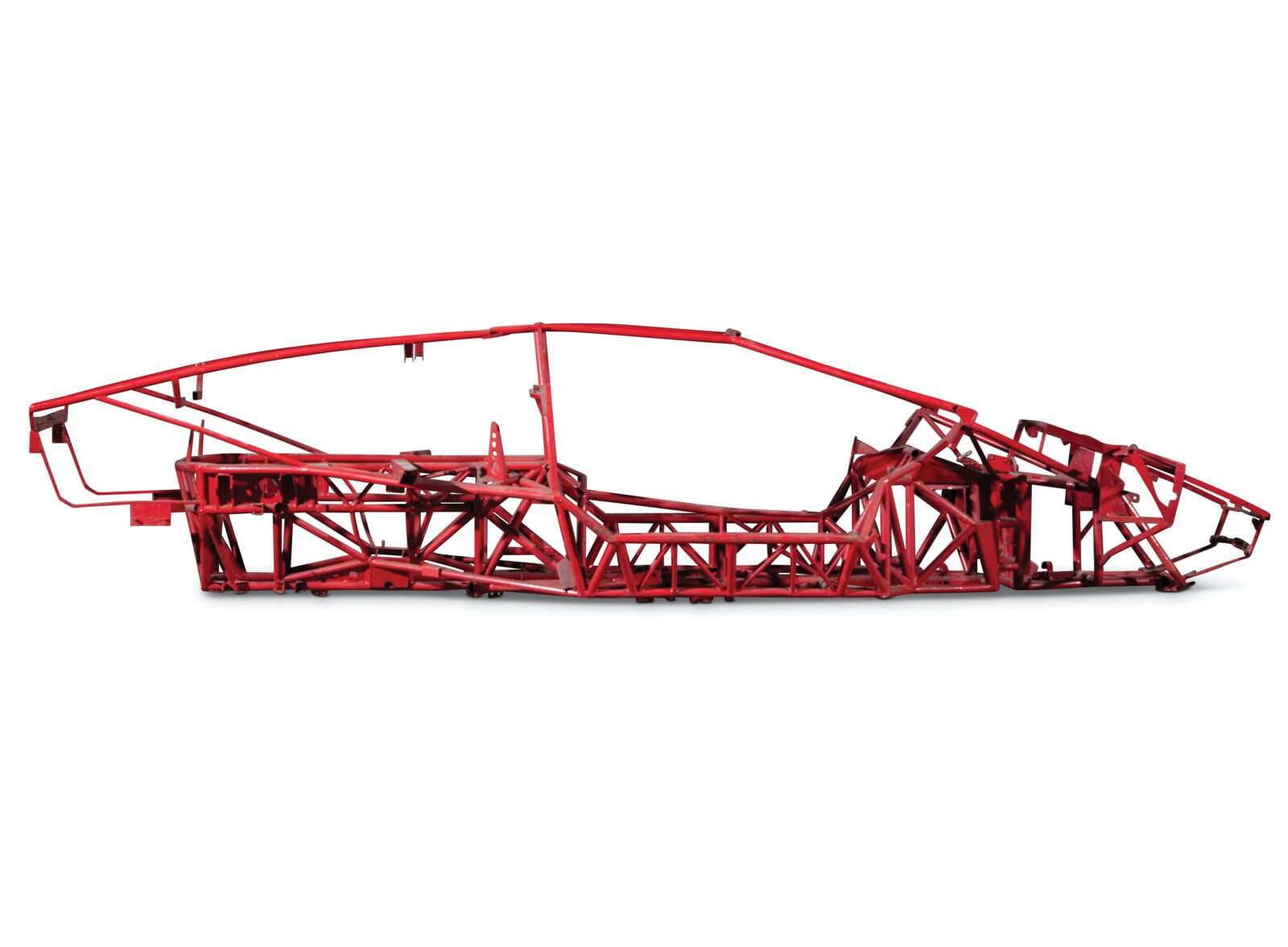 This is a complete replica of a Lamborghini Countach chassis, it was built to a remarkable level of original detail, possibly as a replacement for a damaged original chassis or as the foundation for a detail-oriented replica Countach.

Interestingly the original prototype for the Countach chassis used a combination of square tube and sheet steel however after testing it was decided to go with a more intricate spaceframe design using mostly tubular steel. This new spaceframe featured high sills on each side that were made possible because of the gullwing doors, the same reason the earlier Mercedes-Benz 300SL also used gullwing doors.

The process of building each Lamborghini Countach chassis was incredibly labour intensive. This was a time long before automakers had factory floors full of welding robots and so everything needed to be done by hand, by a talented team of fabricators who built each chassis on a jig. The chassis is made from a combination of 30 mm (1.2″), 25 mm (0.98″in), and 15 mm (0.59″) diameter steel tubes – all with 1 mm (0.039″) wall thickness. 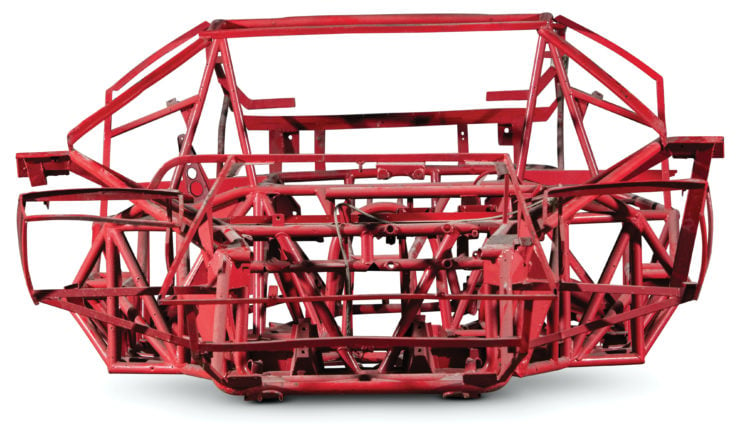 Due to the fact that each chassis is painstakingly welded together as a single structure it could get very expensive to perform repairs for even relatively minor front or rear end collisions. The upside to the chassis design was its low weight, a complete Countach chassis tips the scales at just 90 kgs (198 lbs).

We expect that the chassis you see here will either go to to a collector who wants to put it on display, or it’ll go to a Countach owner who’s in need of a new chassis. Either way the team at RM Sotheby’s expect it to sell for somewhere in the region of €10,000 to €20,000, which works out to approximately $11,000 to $22,000 USD at the time of writing.

If you’d like to read more about it or register to bid you can click here to visit the listing, it’s being sold with no reserve as part of the Petitjean Collection. 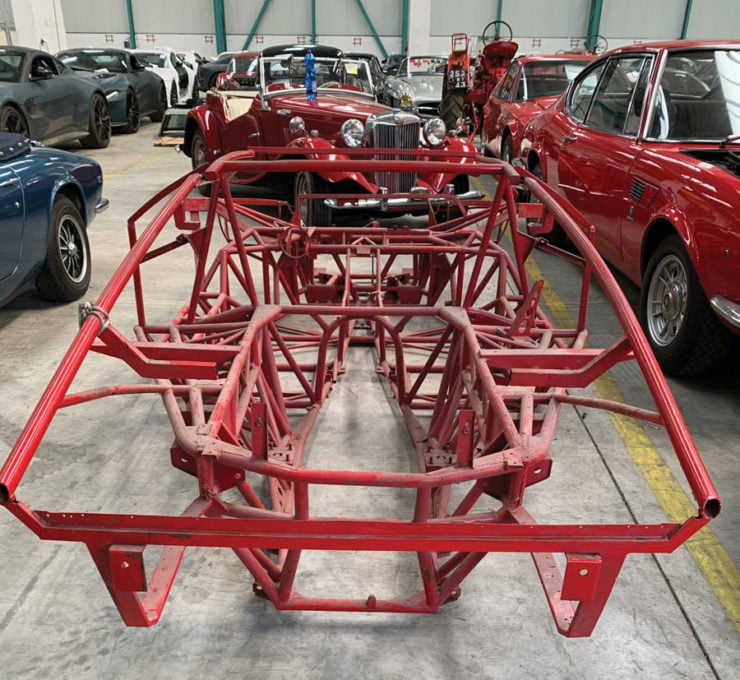 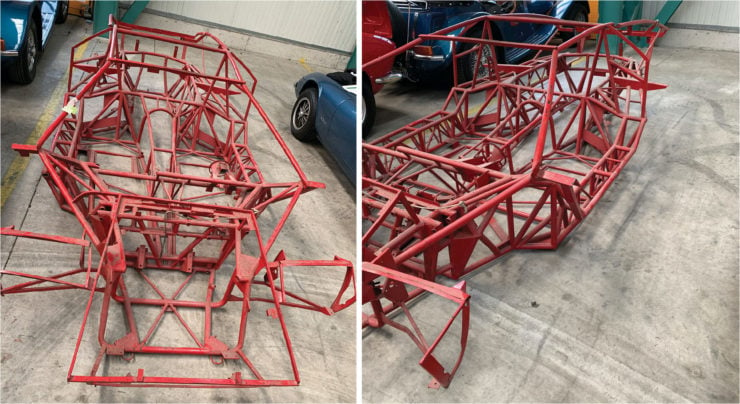