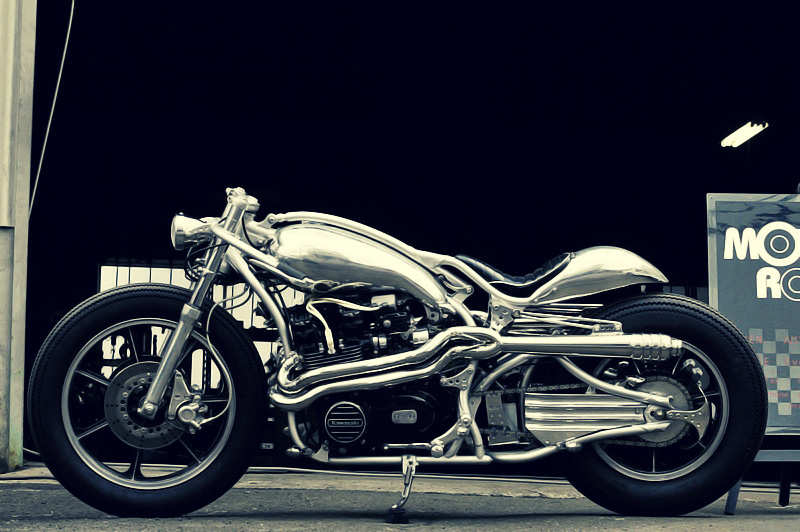 Custom motorcycles come in all shapes and sizes, some builders add as much as they can to a bike, some remove as much as possible and some throw away everything and start from scratch. Motor Rock falls into the latter category. With this Kawasaki Z750 LTD build Motor Rock threw away the frame, exhaust, fuel tank, seat and rear suspension. They essentially started this build with an engine, some wheels and a pair of forks.

The most eye catching feature of this bike has to be the custom frame, the flowing, undulating lines are unique and it must have been a hell of a job to get the geometry right. The hand beaten aluminium fuel tank and seat cowl are pretty remarkable in their own right, anyone who’s fabricated aluminium parts with know just how hard it can be, let alone creating symmetrical 3D shapes like that tank.

The base model Kawasaki Z750 LTD puts out just over 70HP, meaning that this thing would go like the clappers, especially now that Motor Rock have removed the stock air filter and added an aluminium funnel. Compared to the ugly-ish original bike, this is a work of art worthy of a spot in any modern art museum. 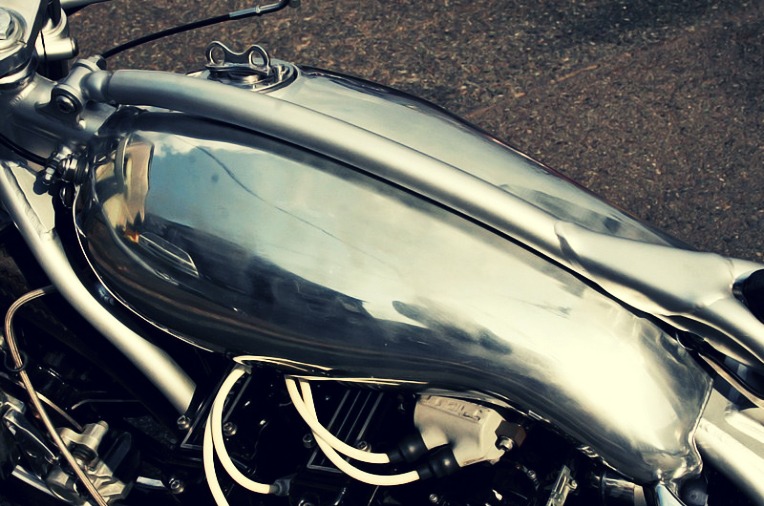 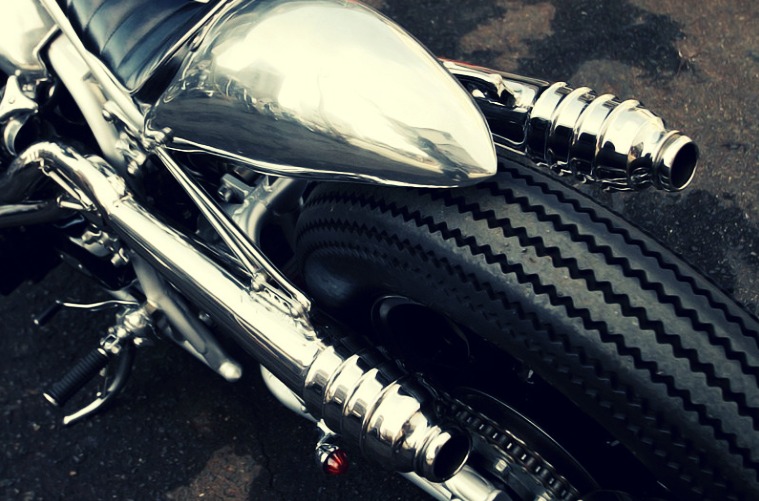 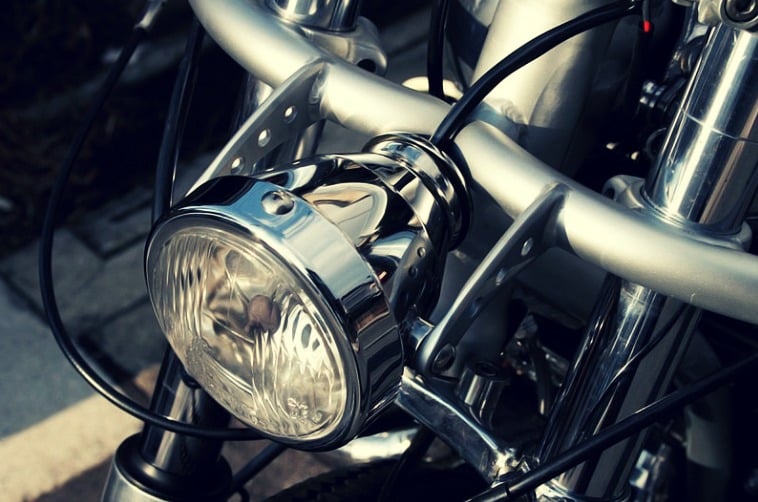 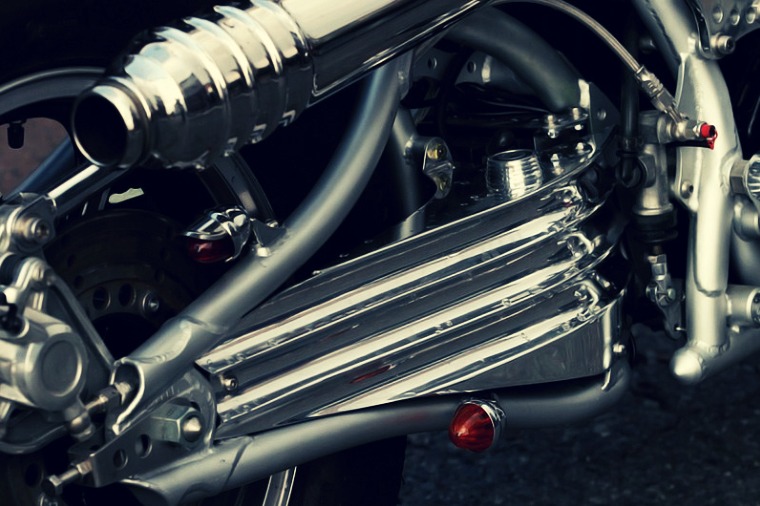 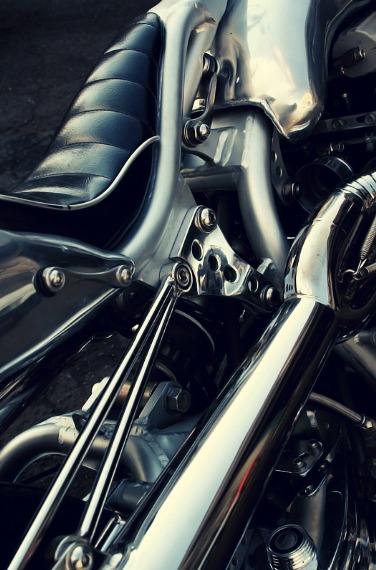 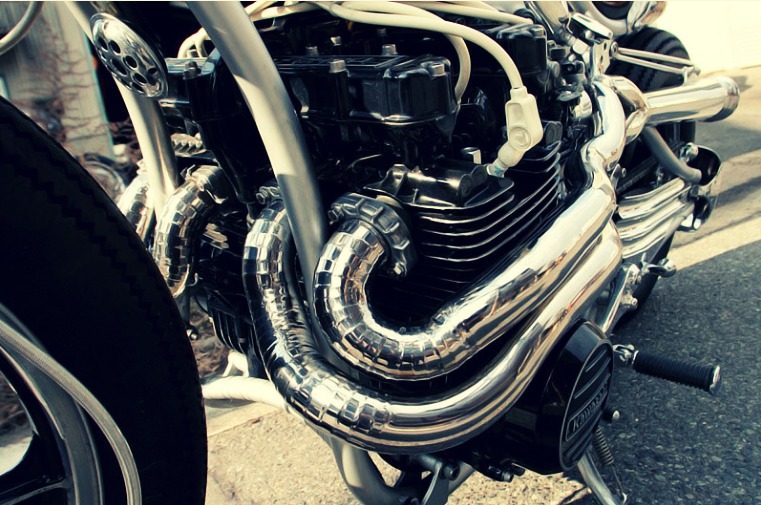 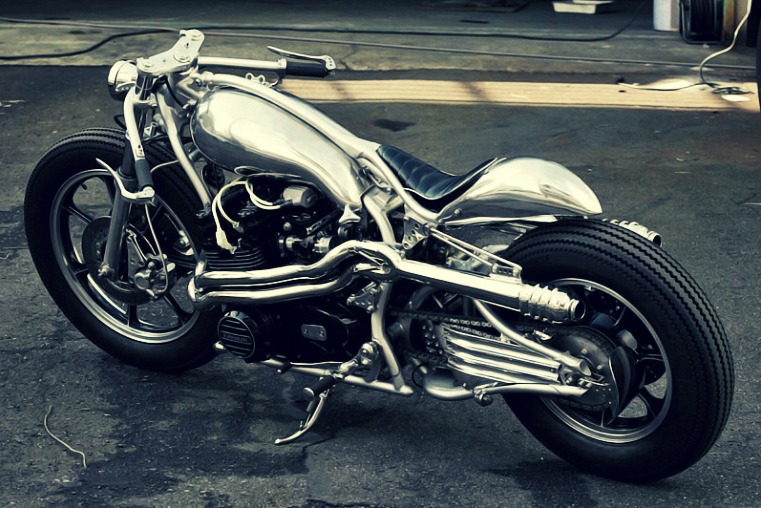 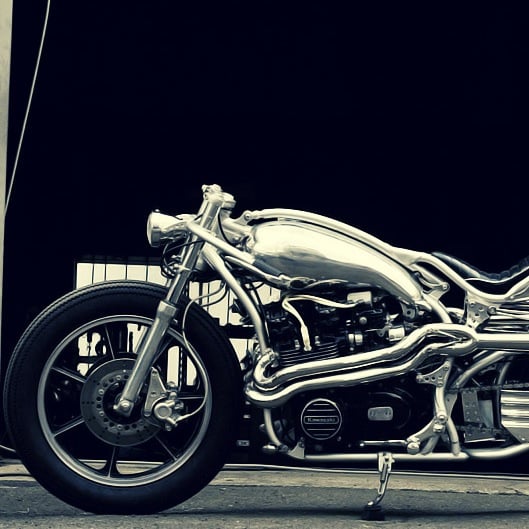