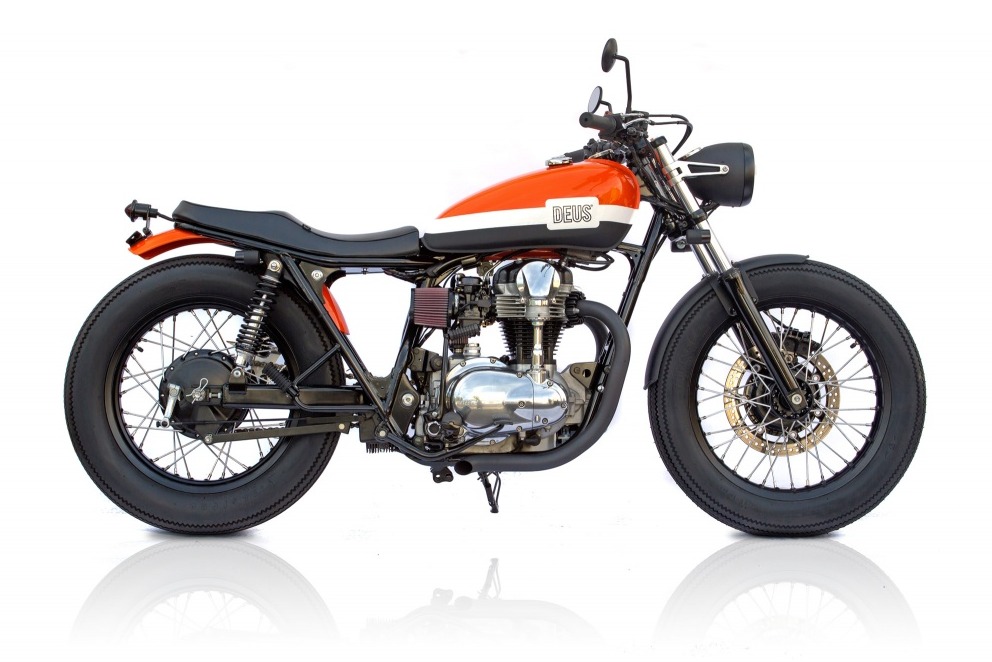 Randy De Puniet, a well established star in the world of MotoGP, took delivery of his first Deus Ex Machina motorcycle this week. He commissioned Deus to build him a mid-sized bike with a 2-up twin, it had to be light enough for spirited city riding and have enough power on tap for highway excursions out of Sydney.

With this set of prerequisites the engineers at Deus acquired a Kawasaki W650 and set to work lowering the bike at both ends, they fitted an SR500 fuel tank, tossed out the old air box, then added twin K&N high-flow filters, they added a custom 2 into 2 set of unbaffled pipes, then they bolted on a pair of low profile fenders and sent the bike off to the paint shop.

The finished motorcycle is a classic, clean Deus Ex Machina custom that’ll doubtless be already out there grinding down it’s foot pegs on the streets of Sydney, in the capable hands of De Puniet. 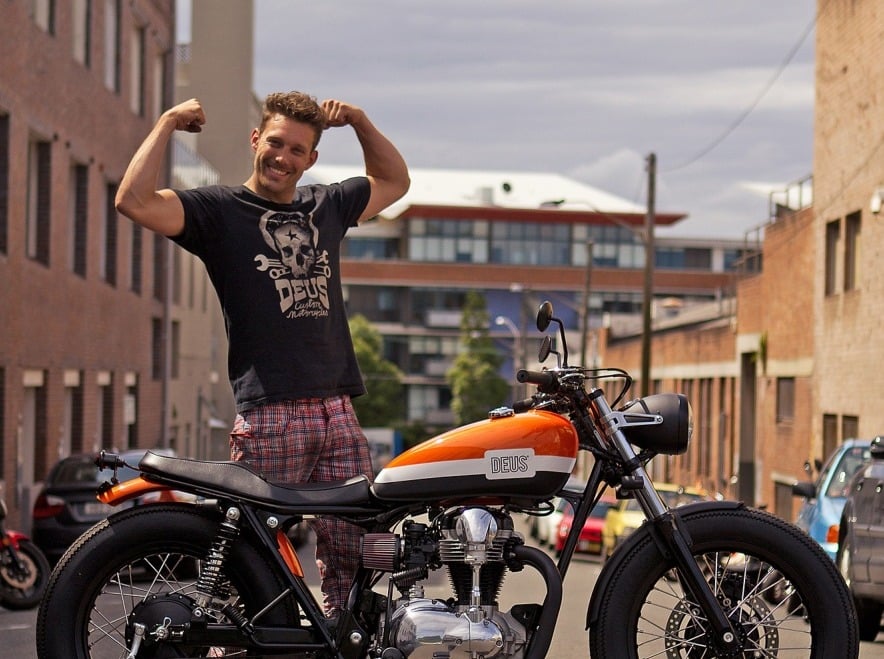 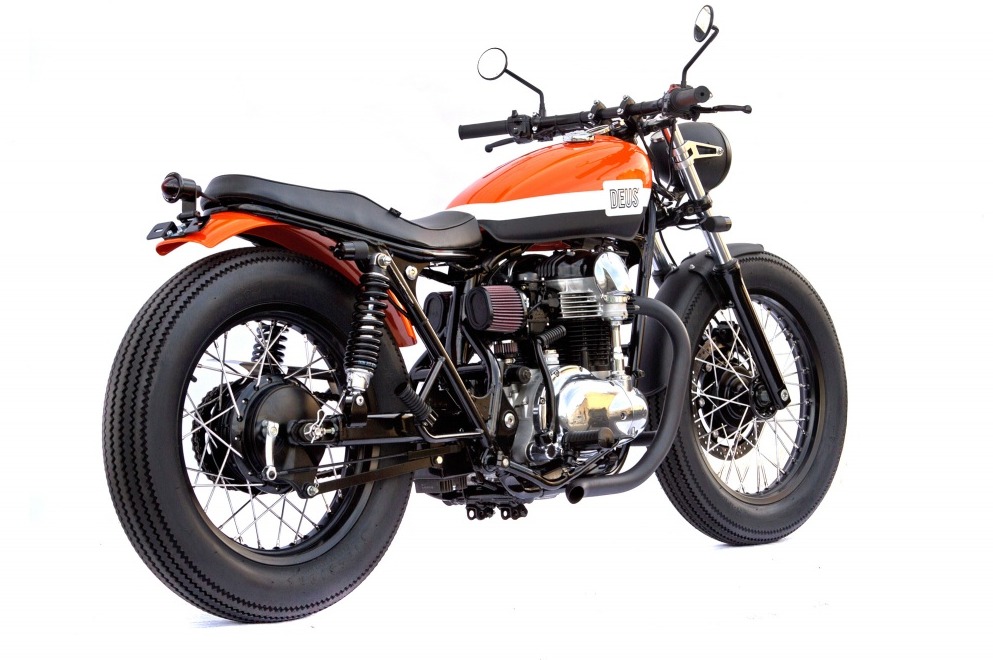 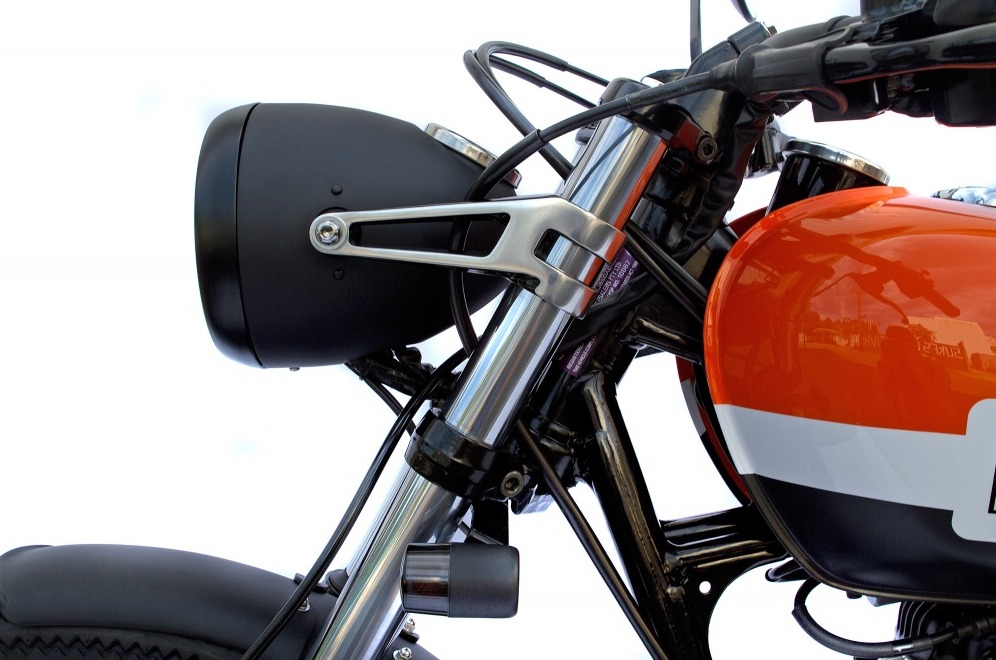 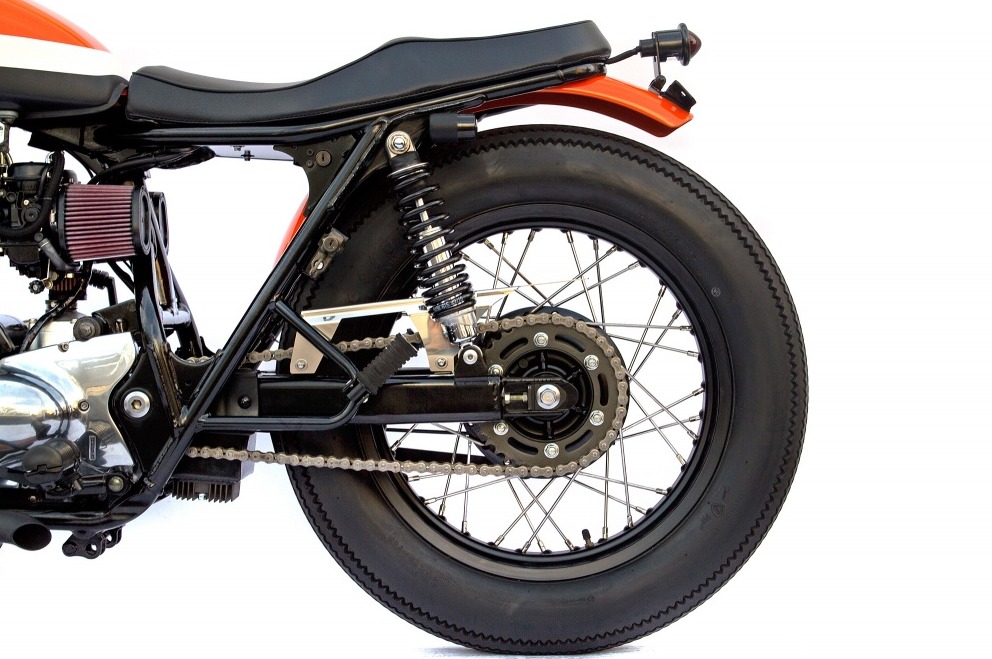 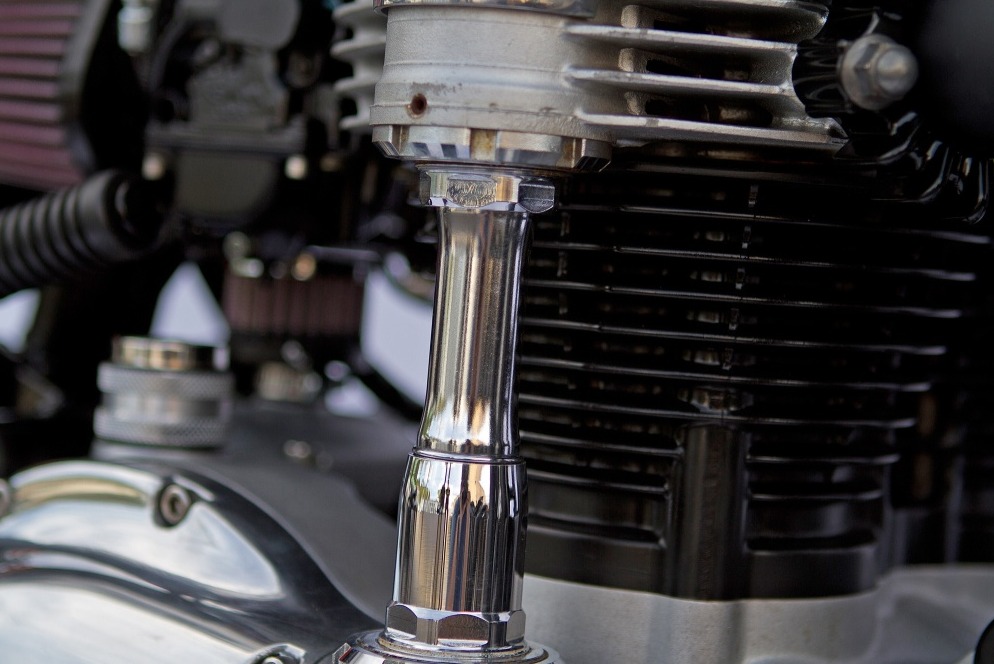 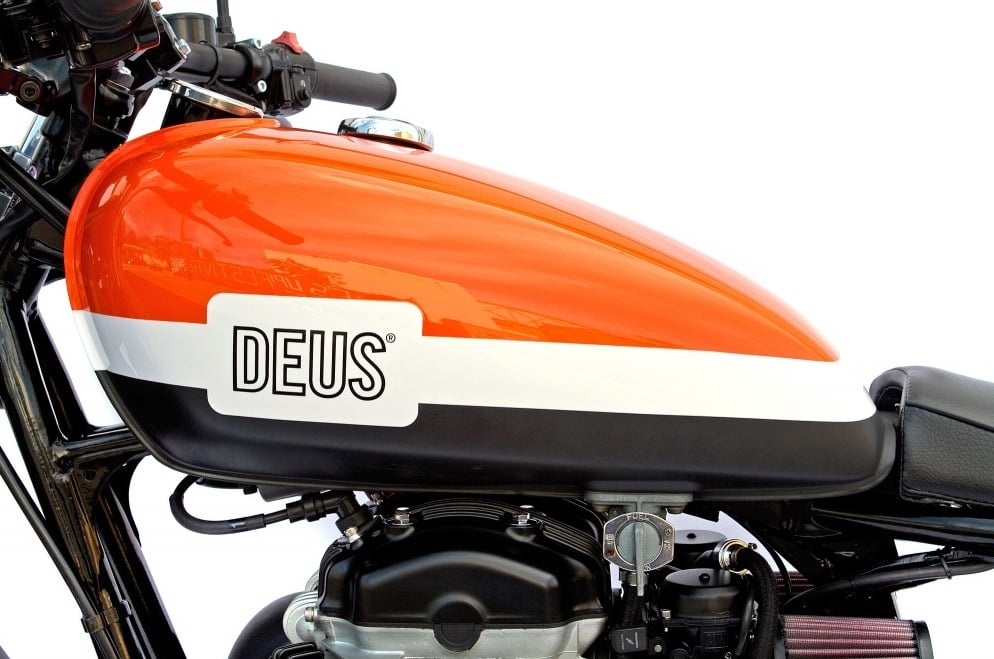 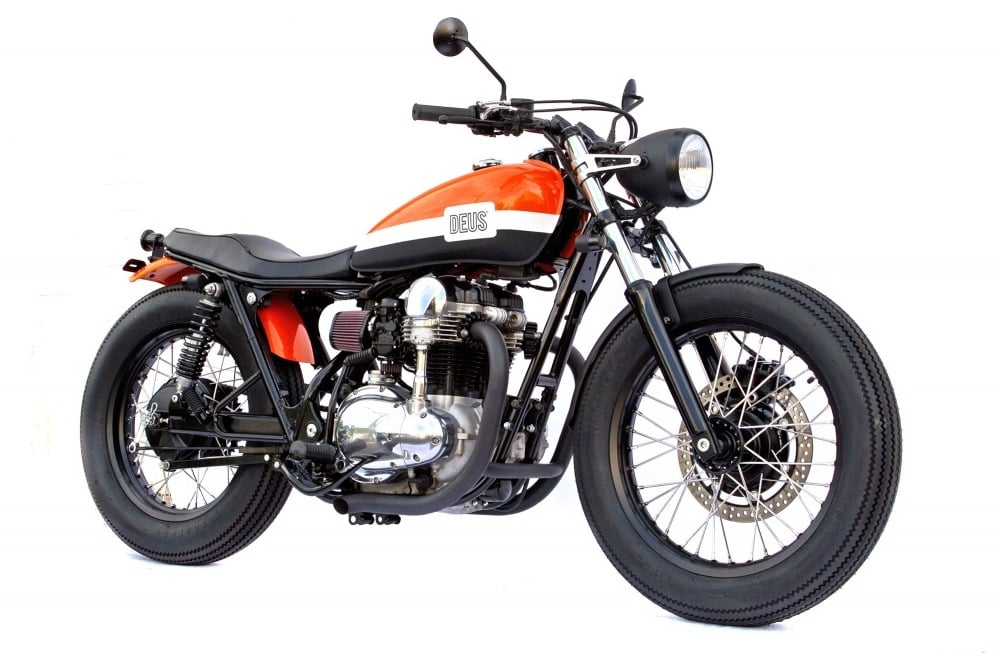 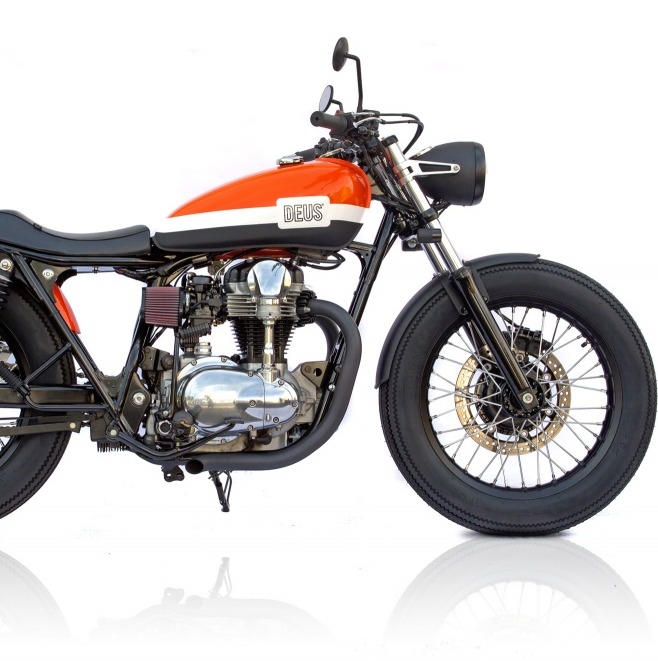