A History Of Flight is an almost two hour long documentary that covers the remarkable achievements of the first 100 years or flight, from the Wright brothers in Kitty Hawk to the Space Race, and everything in between.

As we look forward now to a new era of supersonic passenger aircraft and manned missions to both the Moon and Mars, it’s a good time to look back at the first century, and to marvel at just how much was achieved in a relatively short space of time.

The documentary starts off covering the first powered flights in the United States followed by the first flights in Europe, it then discusses aircraft design before pivoting to the First World War and showcasing the rapid development of aircraft that resulted from the war effort.

While watching the film you realize that the history of flight is closely tied to many major events of the 20th century – even you reading this right now may have received this article via a satellite orbiting far above the earth. 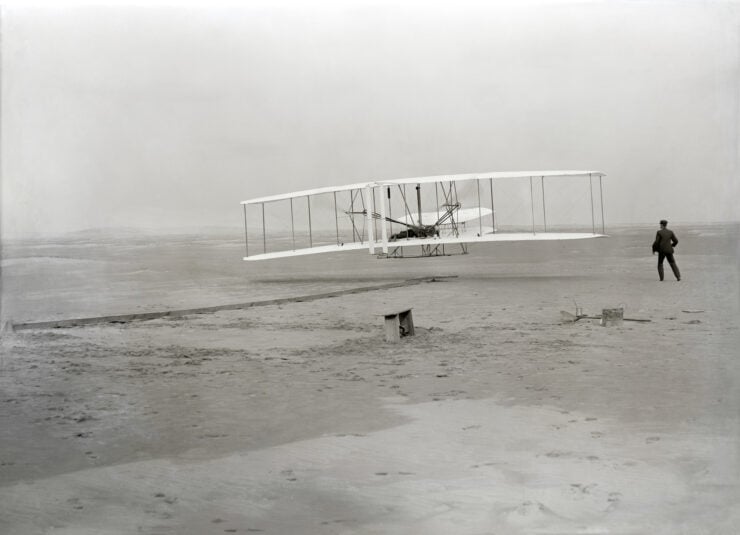 Above Image: The first powered, controlled, sustained airplane flight in history. Orville Wright, age 32, is at the controls of the machine, lying prone on the lower wing with hips in the cradle which operated the wing-warping mechanism. His brother, Wilbur Wright, age 36, ran alongside to help balance the machine.

The NASA Artemis program is now underway with plans to land humans on the Moon once again in the year 2024, this time at the lunar south pole. Plans are also underway to send humans in Mars in the 2030s, and eventually to more distant locations in the solar system.

Although we lost supersonic passenger aircraft with the retirement of the Concorde in 2003, there are a few programs underway to launch a new generation of supersonic passenger planes. The most likely to succeed appears to be Boom Technology, who are developing a 1:3 scale demonstrator which is due to take flight for the first time later this year. 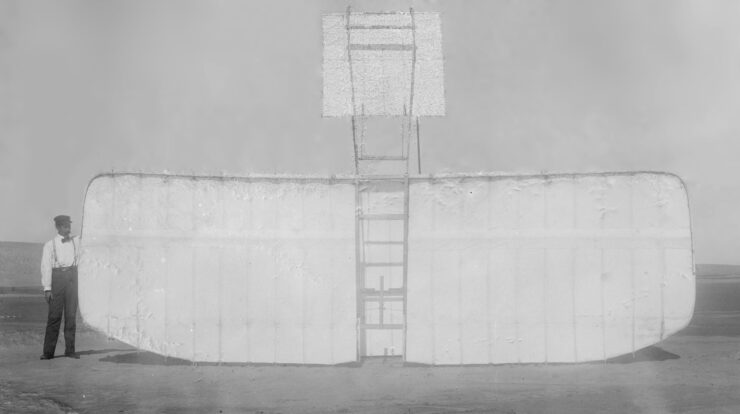 Published by Ben Branch - July 18th 2021
Related Posts
For Sale: A “Back To The Future Specification” 1985 Toyota Hilux