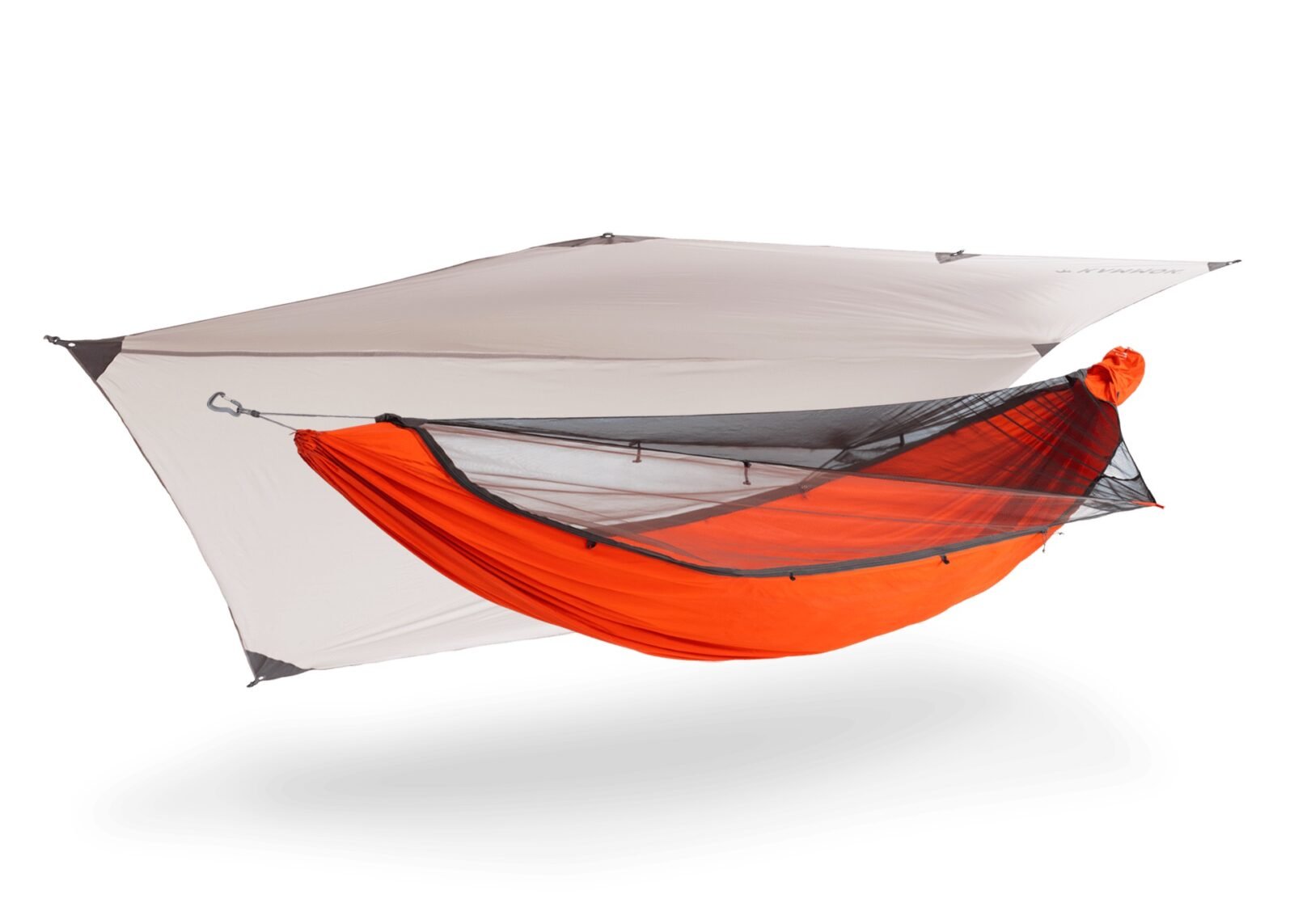 This is the Kammok Mantis, it’s described as an all-in-one hammock tent as it includes both an insect proof mesh and a rainfly to keep you dry during those unexpectedly rainy (or snowy) nights.

There’s a lot to be said for hammock camping, it allows very low pack weights as you no longer need to bring both a tent and a camping mattress. It also does away with the need for poles, and only minimal guy ropes and pegs are required, particularly if the weather is fine and you don’t need to set up the rain cover.

The Kammok Mantis weighs in at just 2 lb 14.5 oz (1.3 kg) in total, or just 1 lb 14.7 oz (870 g) without the rainfly. This makes it ideal for motorcycle camping, hiking, and for people who like to be able to set up or take down camp in a matter of three or four minutes.

Above Video: This video shows the process of setting up the Kammok Mantis, including the rainfly.

Kammok was founded by Greg McEvilly in 2010 after he fell from a hammock while camping, he realized he could design something better, and so he set to work. By 2021 the company has shipped their hammocks to six continents, they’re so confident in their designs that they back them all with an “Adventure Grade guarantee.”

When fully set up the Mantis can accommodate anyone up to 500 lbs or 227 kgs and it just needs trees, vehicles, or other secure anchor points. The MSRP is $239 USD, this includes the hammock (and bug mesh), rainfly, and carry bag. 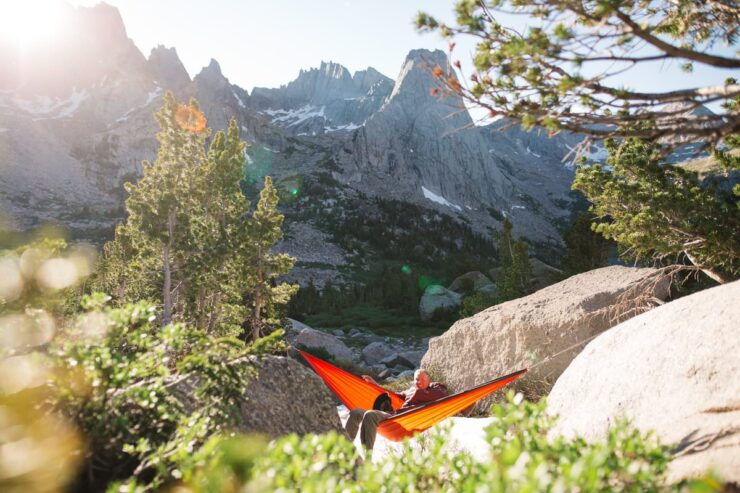 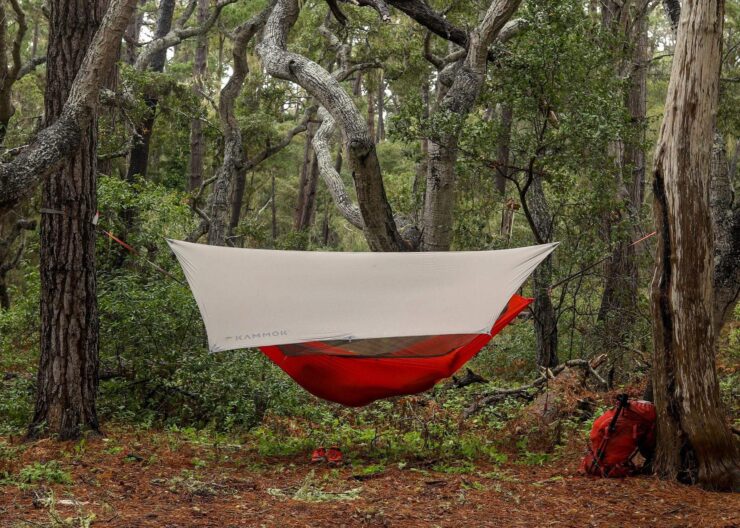 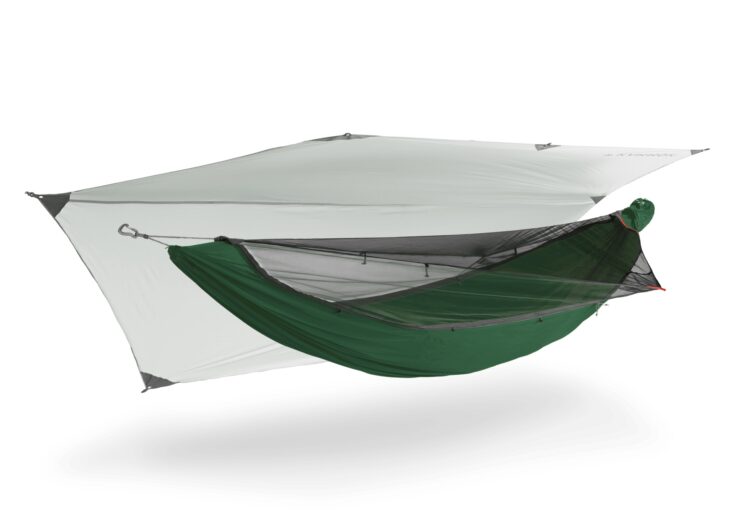 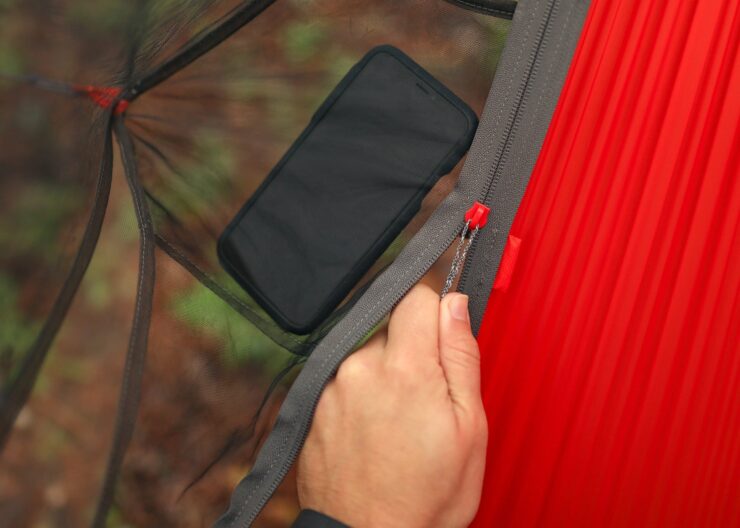 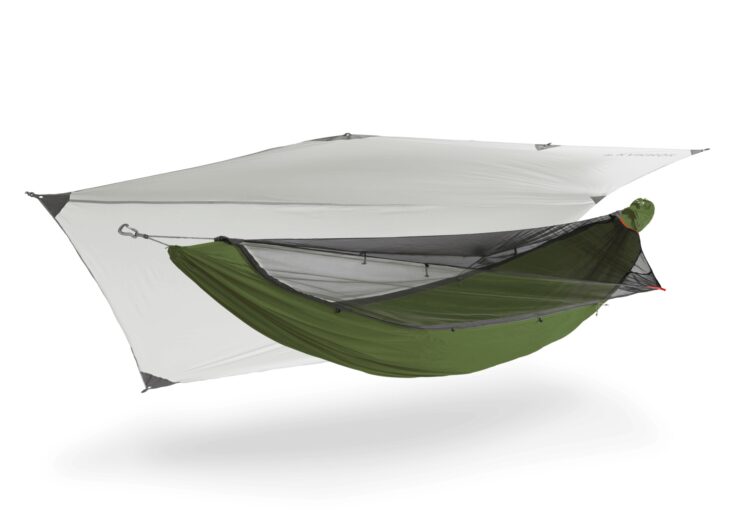 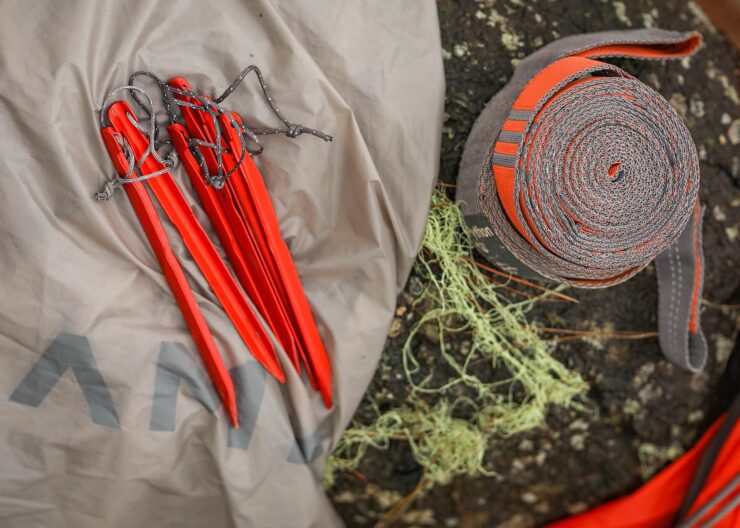 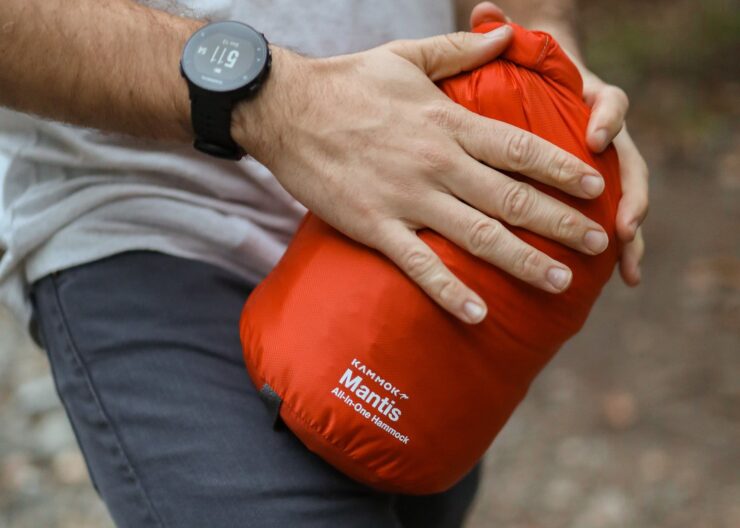