John Wayne On A Motorcycle 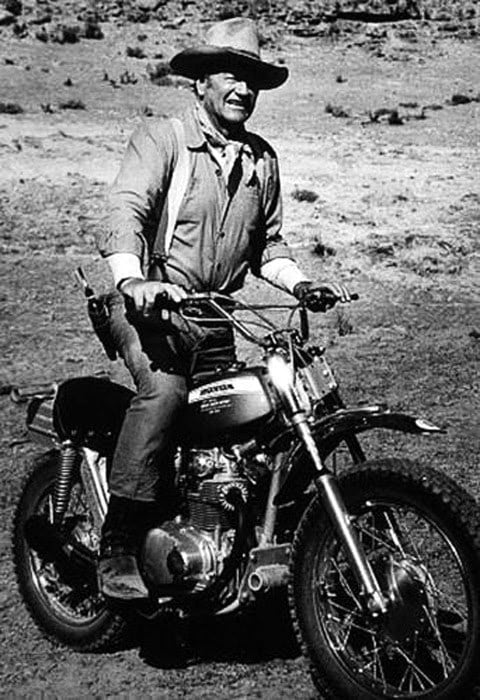 This great photograph of John Wayne was taken in 1970 on the set of Big Jake, a western set in 1909. Wayne is said to have used the Honda to get around the set and there are rumours that he wrote the bike off one evening after having had a few too many drinks and attempting to ride back to his trailer. 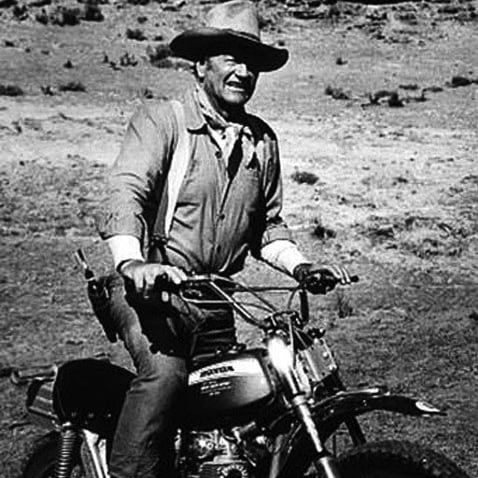 Published by Ben Branch - December 13th 2011
Related Posts
The Honda Cub EZ90: The Motorcycle Of The Future From 1991