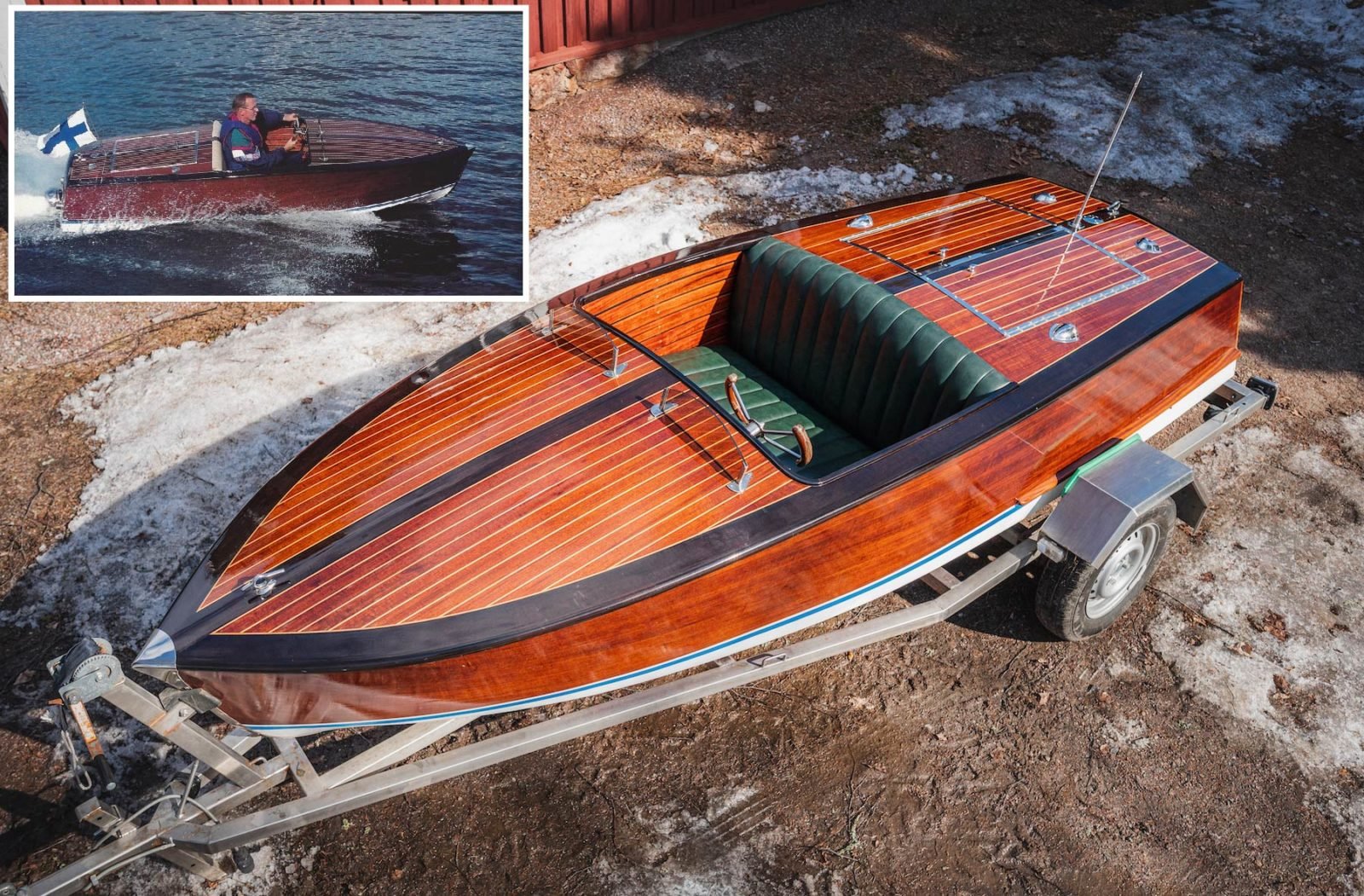 This is the only Jet-Zet that was ever made, it has handbuilt by a Finnish craftsman named Hannu Viren using mahogany, pine, and the drivetrain from a 1980s-era Kawasaki jet ski.

Jet skis and mahogany-trimmed speed boats typically exist at opposite ends of the boating world.

Jet skis remain most popular with a younger demographic and classic handmade wooden runabouts tend to be popular with an older crowd who can afford them, and their oftentimes expensive upkeep. 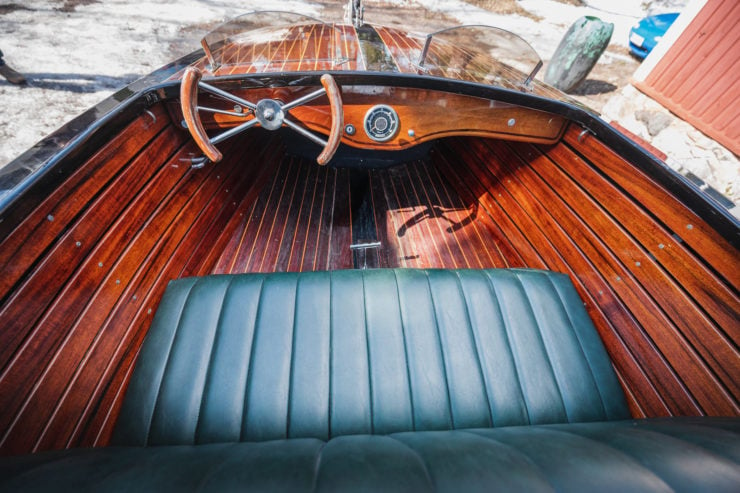 The interior of the boat is just as nicely detailed as the outside, with floors and side-panels finished in mahogany and a dark green vinyl bench seat. Steering is done with an X-shaped steering yoke and both the skipper and passenger have a spray screen.

A craftsman and woodworker from Finland named Hannu Viren decided to create a combination of these two watercraft when he acquired a working 1980s-era Kawasaki jet ski and had a little spare time on his hands.

He built the boat using modern wooden boat building techniques, including marine ply, pine, and mahogany with multiple outer layers of epoxy resin to ensure that water will never get close to touching the wood.

Inside the boat there’s no less attention to detail, the floors and side-panels are finished in mahogany and a dark green vinyl bench seat complements the deck’s finish. Viren also made the steering wheel, throttle grip, and window frames from metal, and there’s a single gauge on the dashboard to show engine RPM.

When asked in an interview whether he would ever build another Jet-Zet, Viren replied “I will not make another one, I don’t repeat it” – so it seems unlikely another will ever be made, making this boat entirely unique and no doubt quite a conversation piece down at the boat ramp.

Jet-Zet is now coming up for auction with RM Sotheby’s on the 14th of May in Monaco, it’s being offered with no reserve and you can click here to read more about it or register to bid. 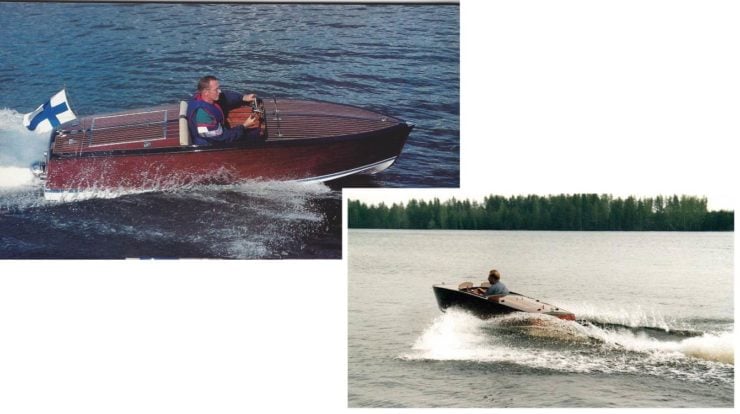 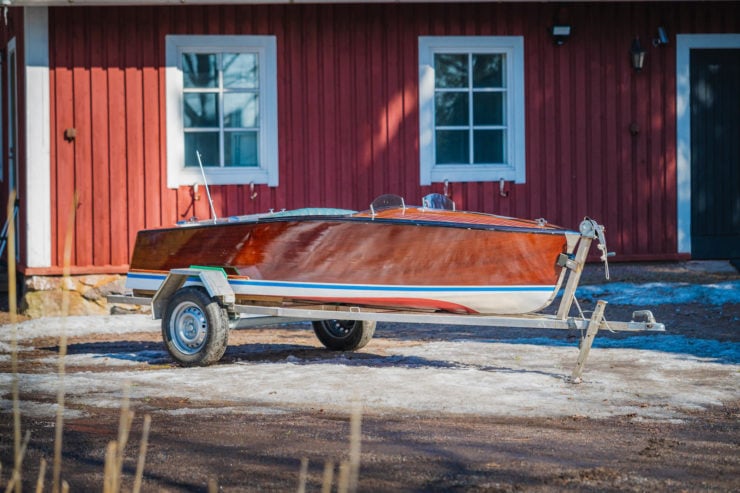 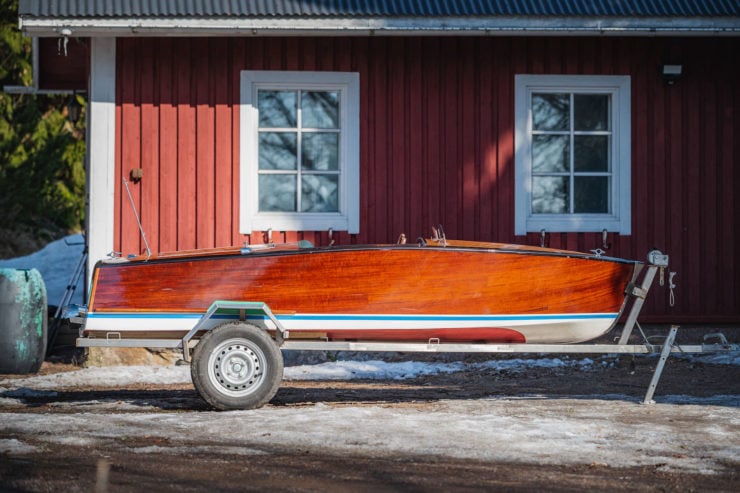 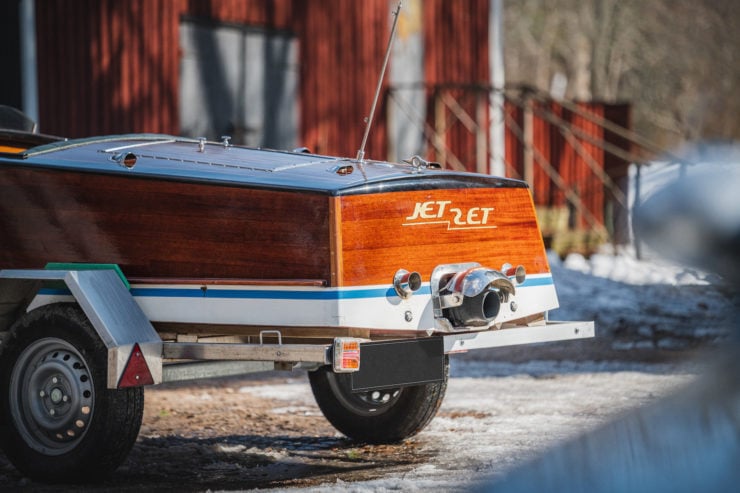 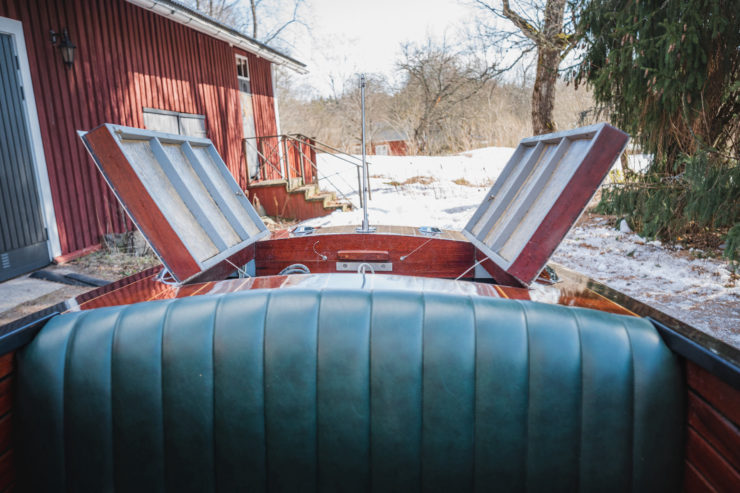 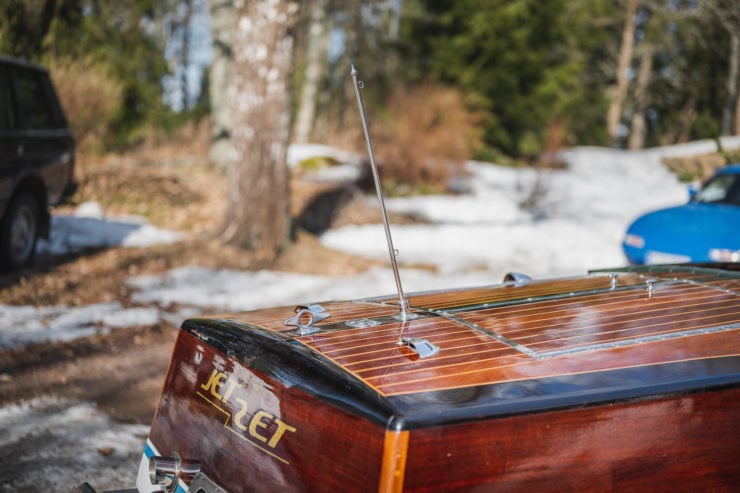 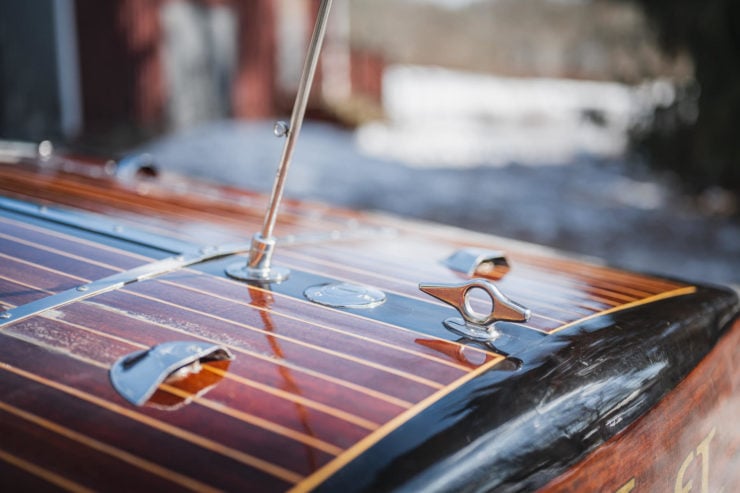 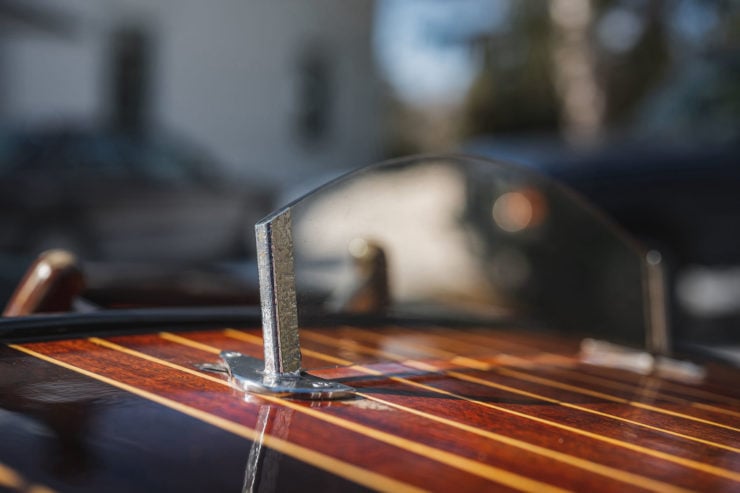 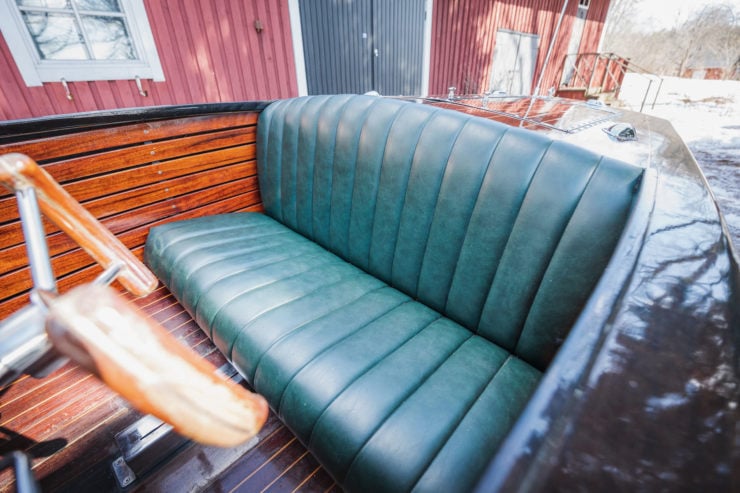 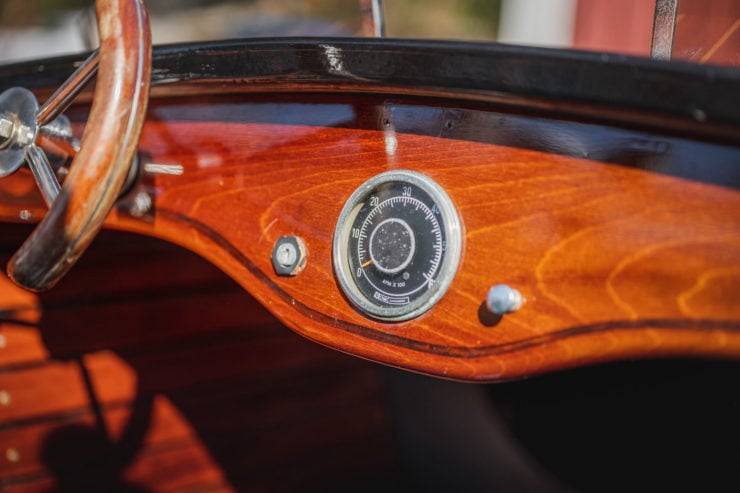 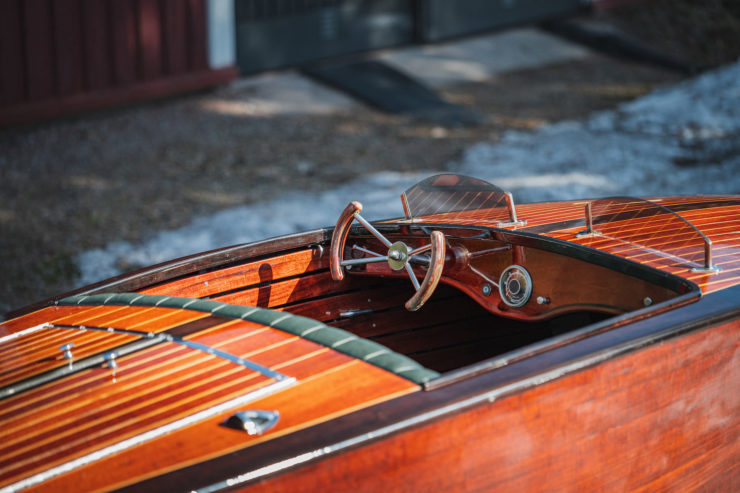 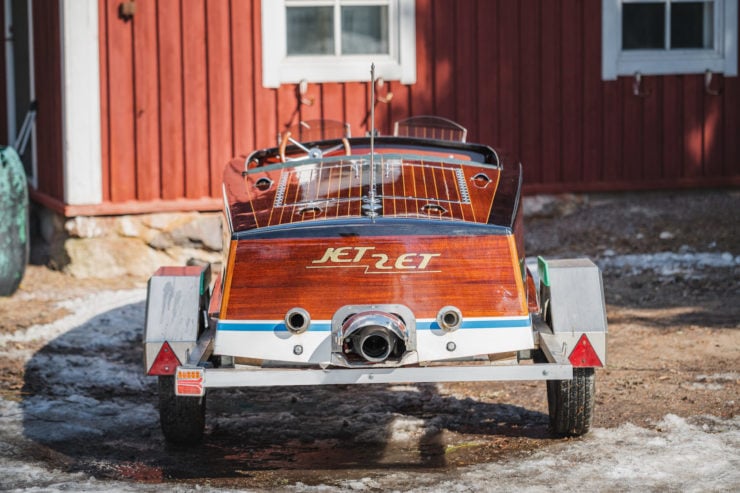 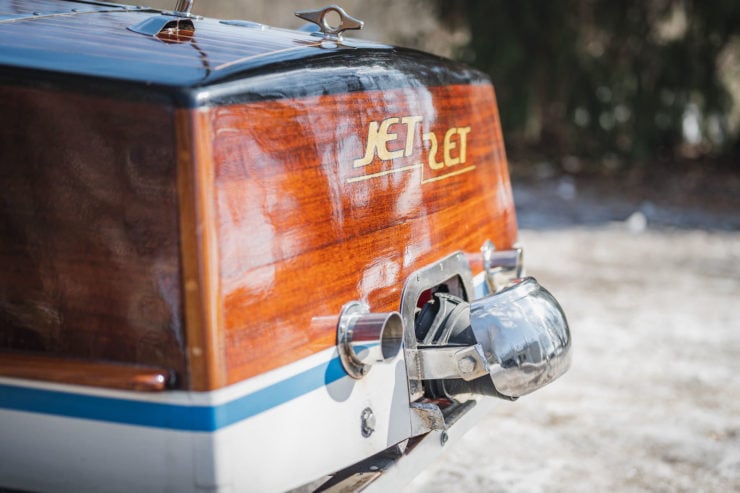 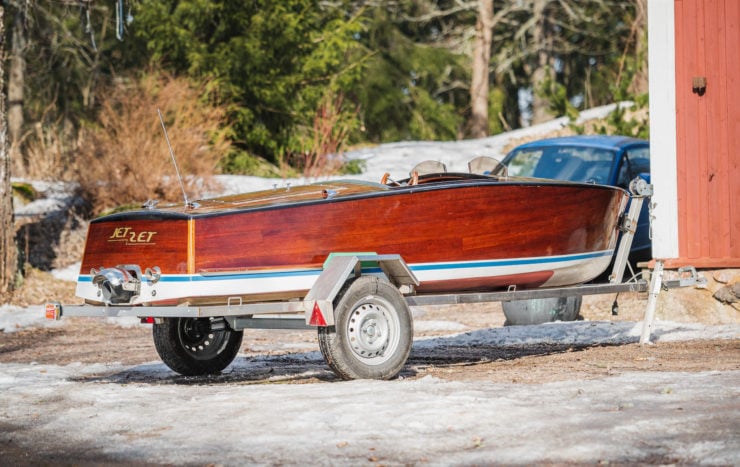