The Jeep + Robby the Robot from Forbidden Planet – 1956 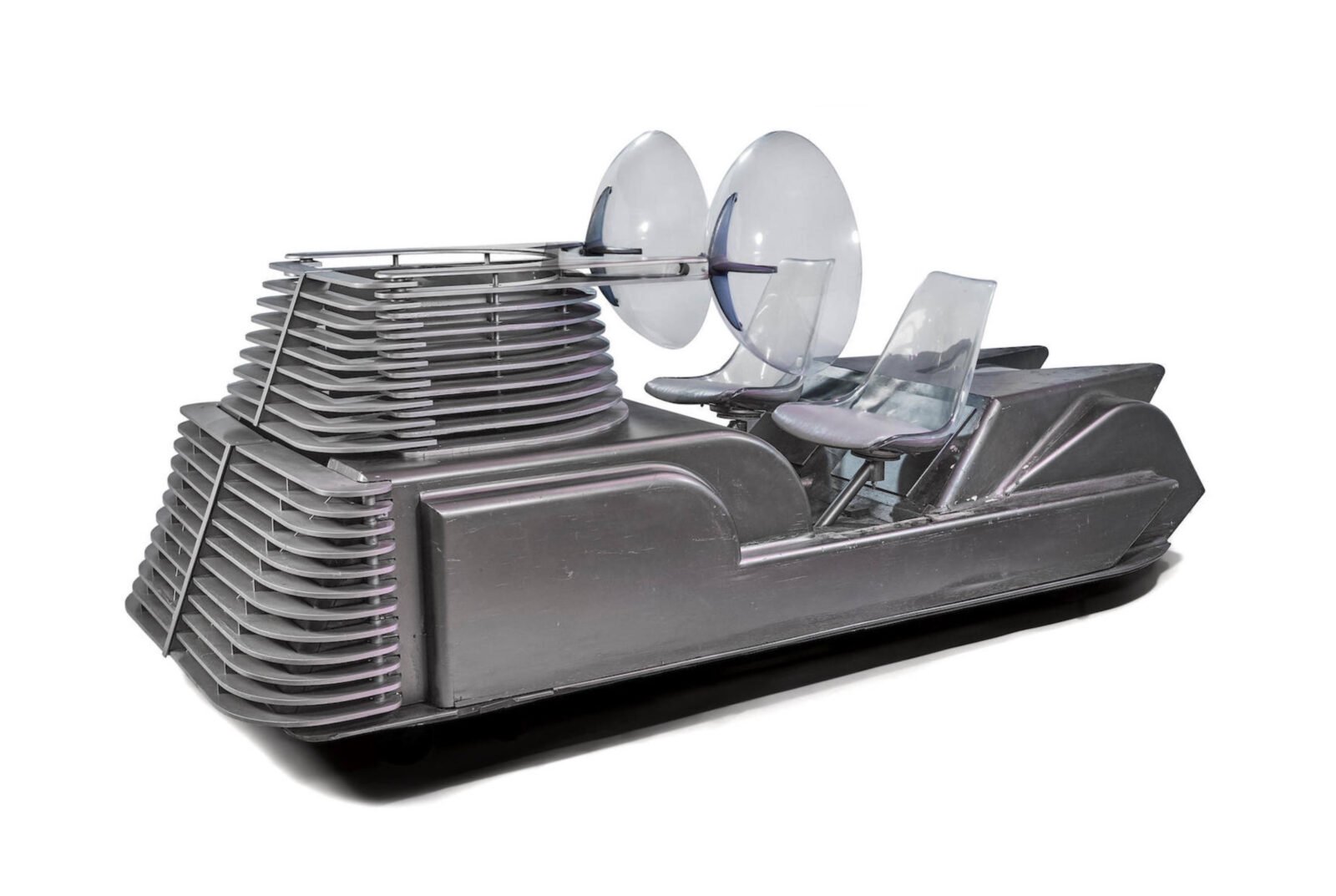 This is the original Jeep and Robby the Robot (suit) from the exceedingly influential 1956 science fiction film Forbidden Planet – Amazingly they’re coming up for public sale as a twofer, and it’s hard to imagine they won’t be front and centre on the radar for every serious sci-fi collector in the world.

The film Forbidden Planet was groundbreaking when it was released in 1956, and today it’s remembered as being important for a number of reasons: It was the first movie to depict humans traveling faster than light in a human-built ship, it was entirely set on another planet and in space with no scenes on Earth, Robby the Robot was the first advanced cinema robot (not just a tin man suit), and the musical score was made up of 100% electronic music.

The reason both Robby and the Jeep are being offered as a single lot is because they can function as a single unit – with Robby standing inside the front section of the Jeep, which can open and close like a saloon door to allow entry and exit.

The styling of the Jeep was advanced for the 1950s and the idea of integrating a robot into a vehicle would famously be revisited with Luke Skywalker and his X-Wing with R2D2 onboard. The Jeep was originally drivable as can be seen in the film, but in more recent years it was pilfered by the props department who removed the engine and steering mechanism for another film.

Returning the Forbidden Planet Jeep to full operation wouldn’t be particularly difficult for a well equipped shop, it was originally based on a Crosley car body so sourcing a period correct engine and other required parts would be relatively easy.

The body is a custom unit made mostly from wood that’s been painted silver, with twin Perspex windshields and matching seats, and the front robot gate that’s manually operated. 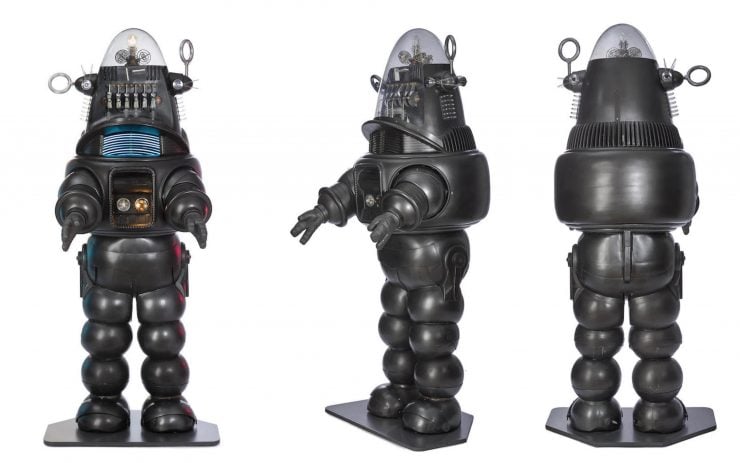 Robby the Robot cost MGM over $100,000 to design and build back in the mid-1950s – an astonishing amount of money back then, particularly considering the risk that was being taken on a big budget sci-fi film. He was designed by Robert Kinoshita, Arnold Gillespie, Irving Block, Mentor Huebner, and Arthur Lonergan – these men are today remembered for moving cinematic robot design into a whole new league of complexity.

Every part used to create Robby were created in MGM’s famous Prop Shop, with specially formed Royalite plastic used for the head, feet, and upper/lower torso. Each of the spheres are made of Lumarith (acetate), and there’s an internal backpack-like brace allowing the weight to be supported by the person inside – which was either actor/stuntman Frankie Carpenter or former child star Frankie Darro, who took turns during filming.

Robby’s lights and gizmos were powered either by five 12 volt DC motors (which were originally World War II military surplus), or by an external cable. He now comes with a series of spare parts, including the original Perspex dome which has now significantly yellowed with age.

If you’d like to read more about Robby and his Jeep you can click here to visit the listing on Bonhams. 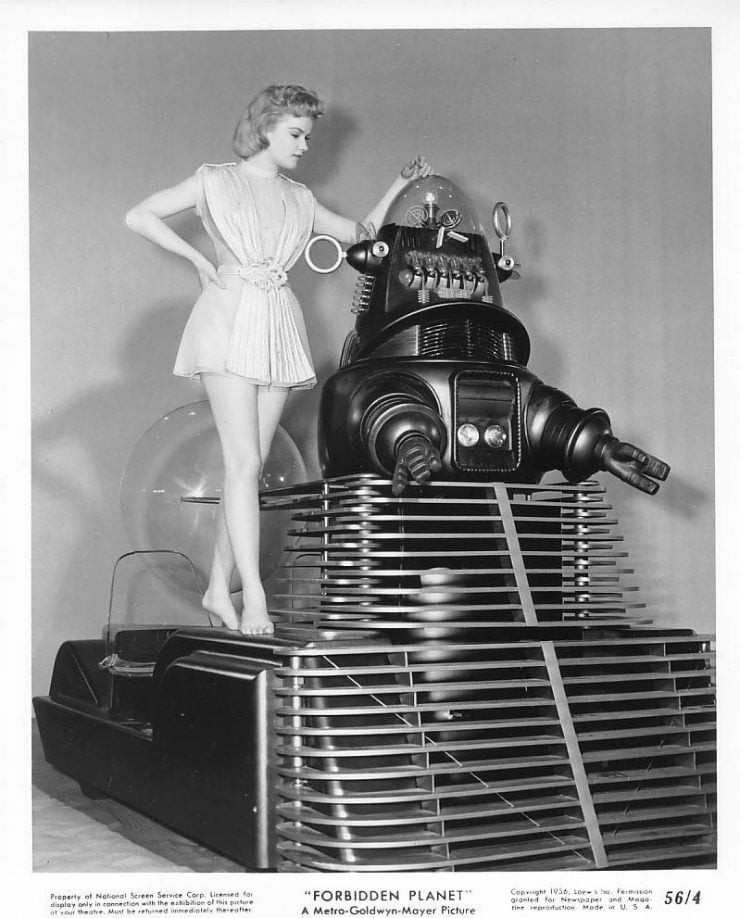 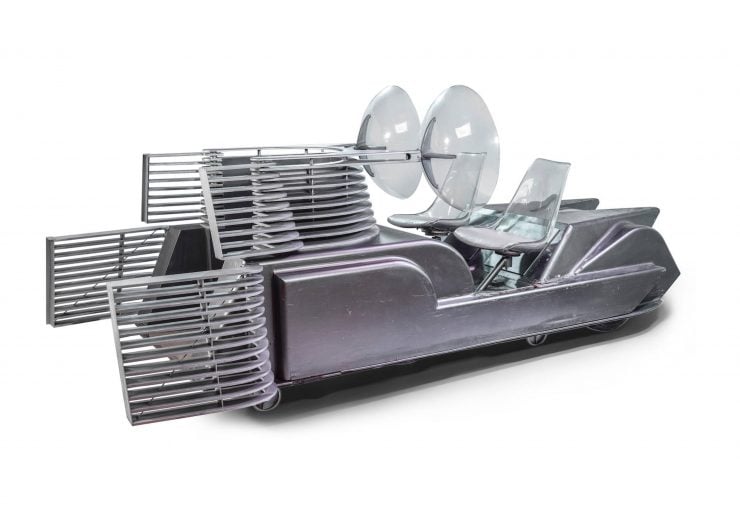 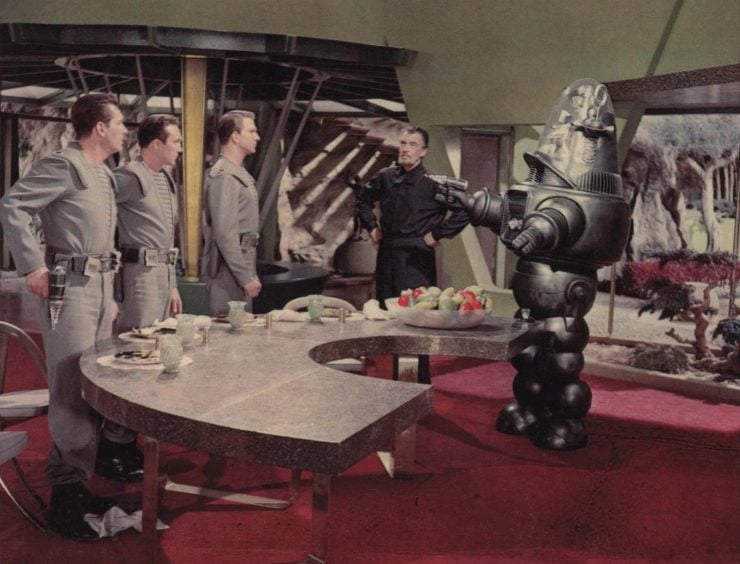 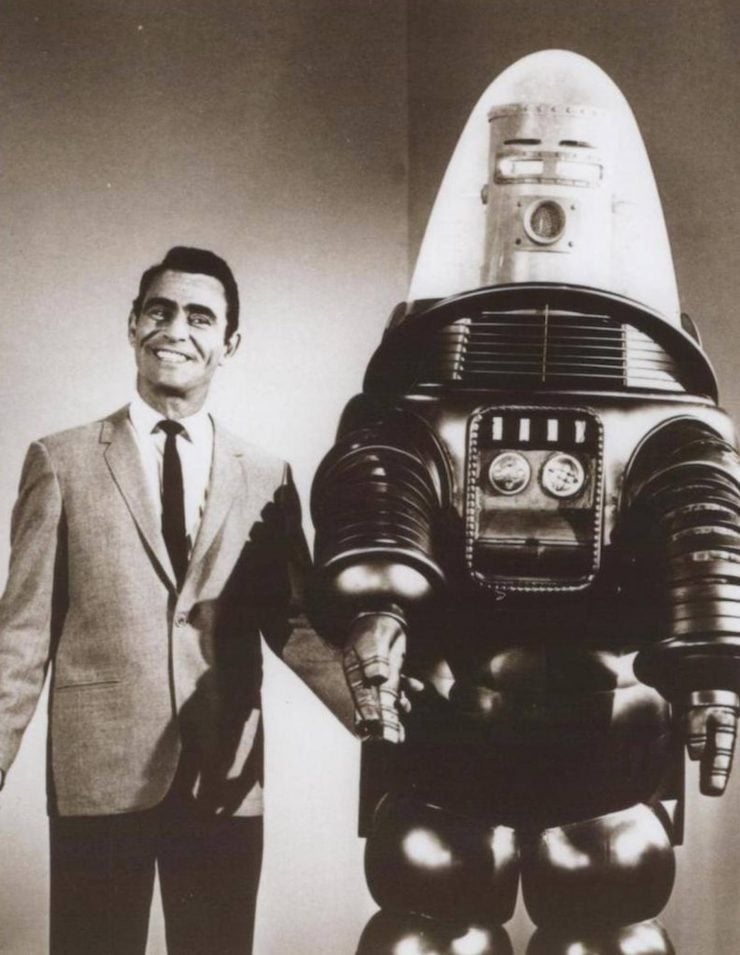 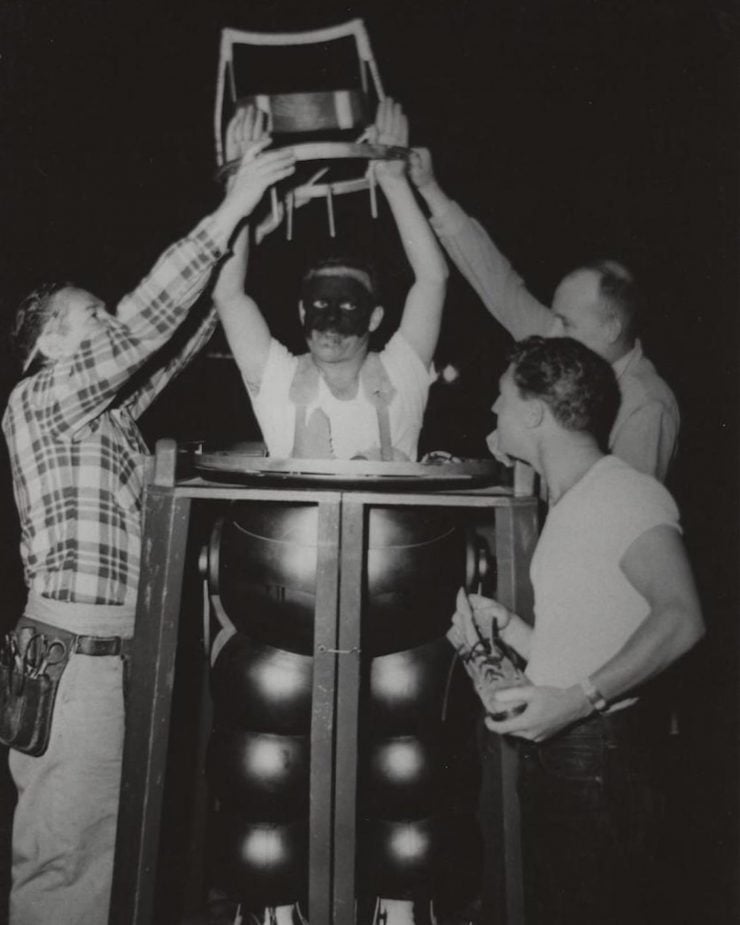 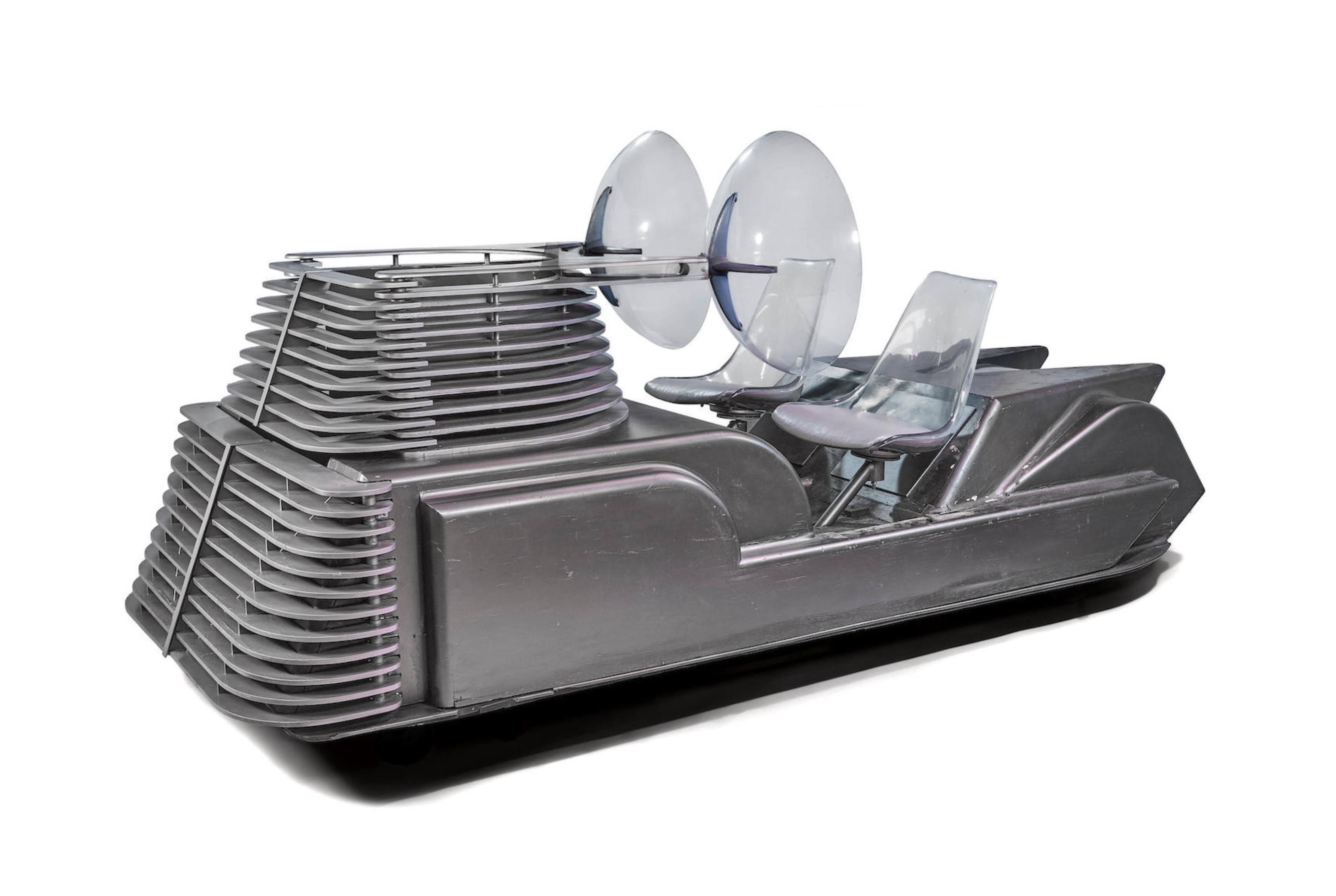 This restored Lamborghini 5C TL tractor is probably the slowest vehicle to ever wear the Lamborghini badge, but on the bright side it’s also…