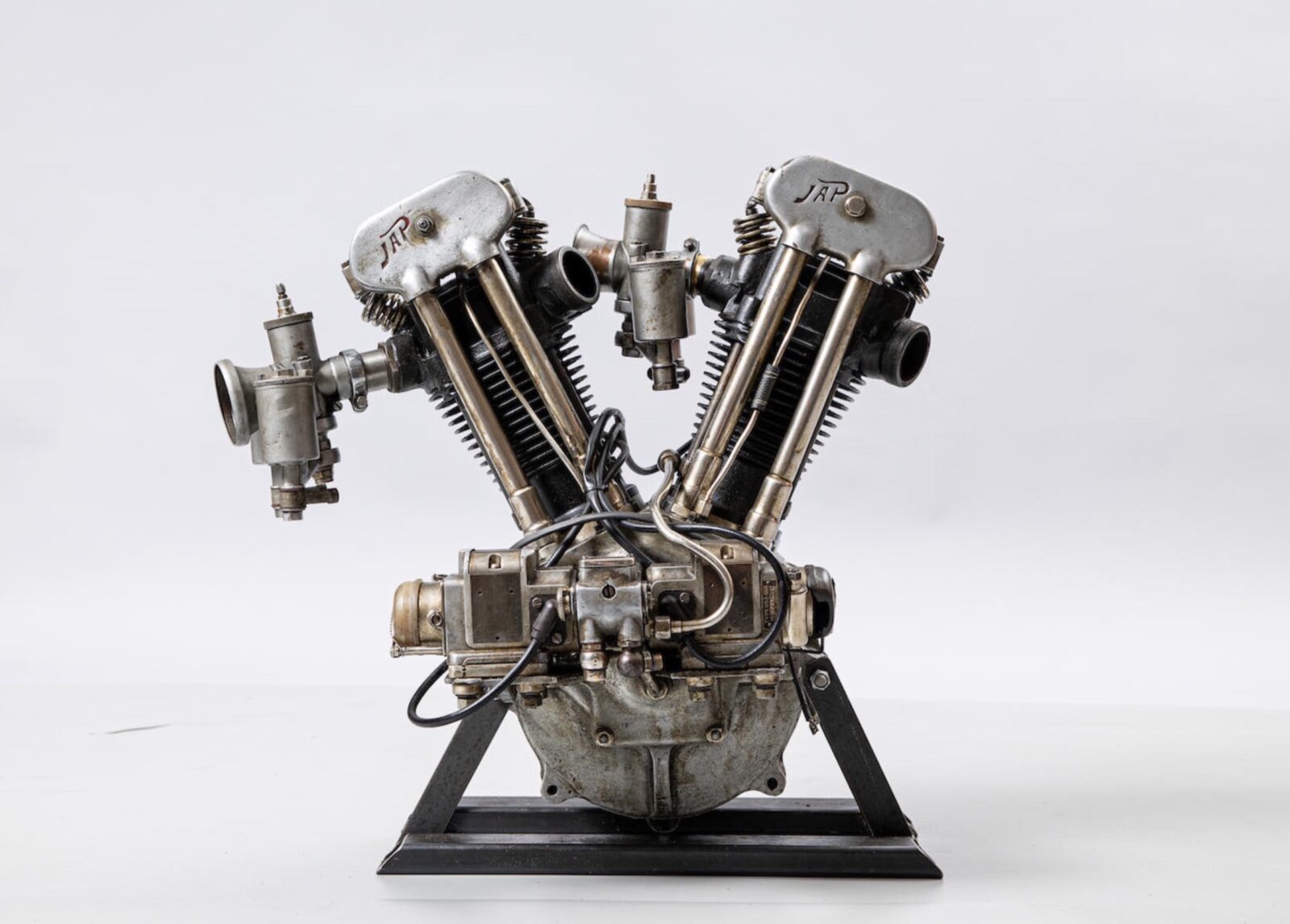 This is a JAP 8/80 V-twin, an engine that may will not be familiar with, however it was a bit of a celebrity back in its day as it powered some of the fastest motorcycles in the world – often around the legendary Brooklands circuit.

JAP stands for J.A. Prestwich, a company named after founder John Alfred Prestwich that had started out manufacturing scientific instruments in 1895 behind his father’s house. Prestwich’s natural engineering ability made him perfectly suited for designing and building engines for the slew of new motorcycles that were being produced in Britain.

By the 1920s and 1930s engines from JAP would power many of the world’s fastest racing motorcycles as well as many of Britain’s most expensive motorcycles, including the famous Brough Superior SS100. 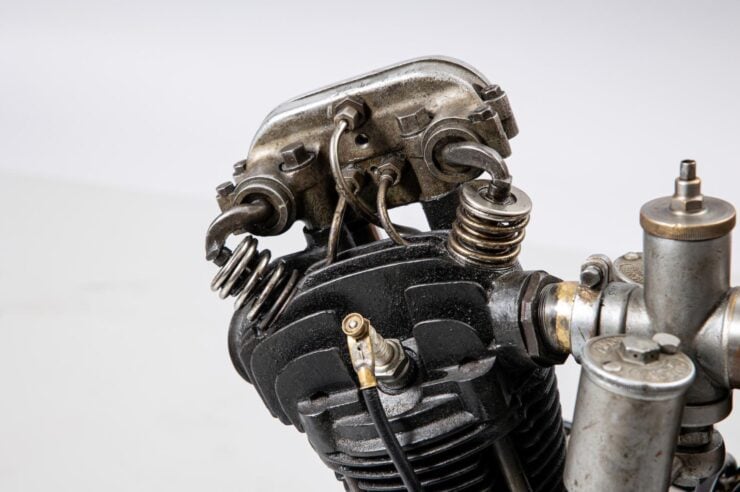 Above Image: The exposed valve train was a common feature of overhead valve engines in the 1930s and earlier.

The engine you see here is a modified JAP 8/80 JTOS racing engine that runs on methanol, it was formally owned by Henry Body, Mark Upham, and Ewan Cameron who used it to power the Hagon Sprinter in 2015 – when it was timed covering a ¼ mile in 13.2 seconds at 114 mph.

The 8/80, sometimes written 8-80, has a bore x stroke of 80mm x 99mm, twin BTH magnetos, a Pilgrim oil pump, and Type 27 twin float Amal carburetors tuned for methanol. These engines can put out a surprising amount of power for their age, likely the reason that JAP engines were chosen by so many of Britain’s leading motorcycle manufacturers in the 1920s and 1930s.

This JAP engine would make a great display piece or if the bidder is a little more ambitious it could have a motorcycle built around it for some fun on track.

If you’d like to read more about this engine or register to bid you can click here to visit the listing on Bonhams. It’s due to roll across the auction block on the 3rd of July with a price guide of £16,000 to £20,000. 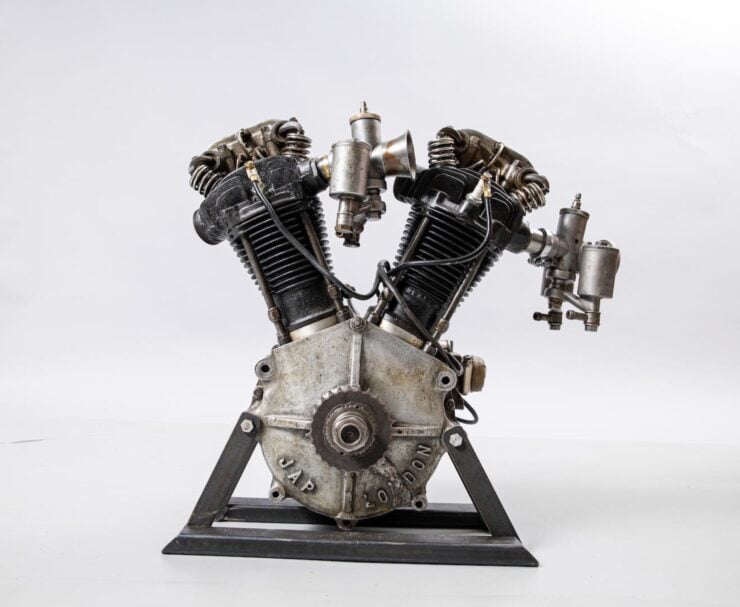 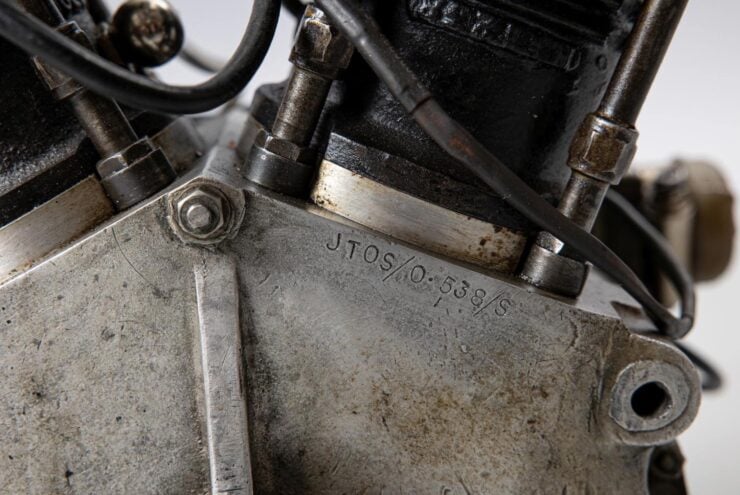 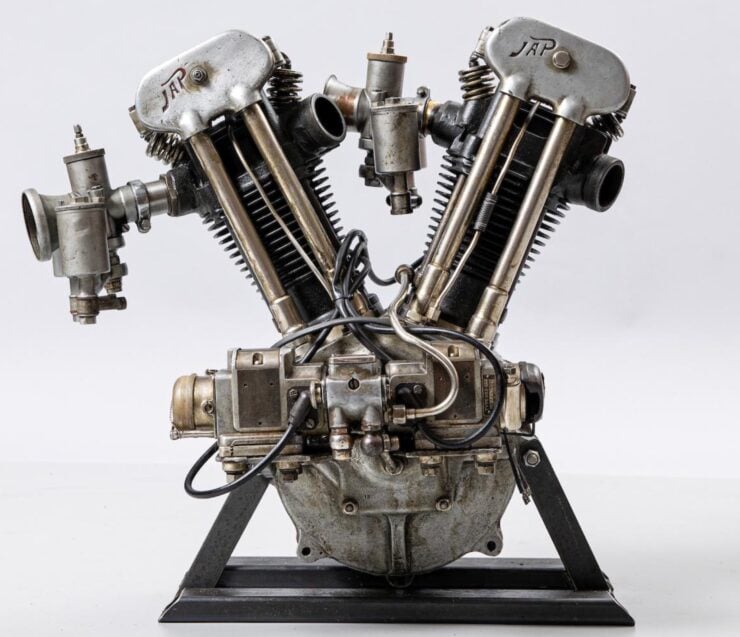