The Isdera Imperator 108i – A Rare Supercar That Almost Never Existed 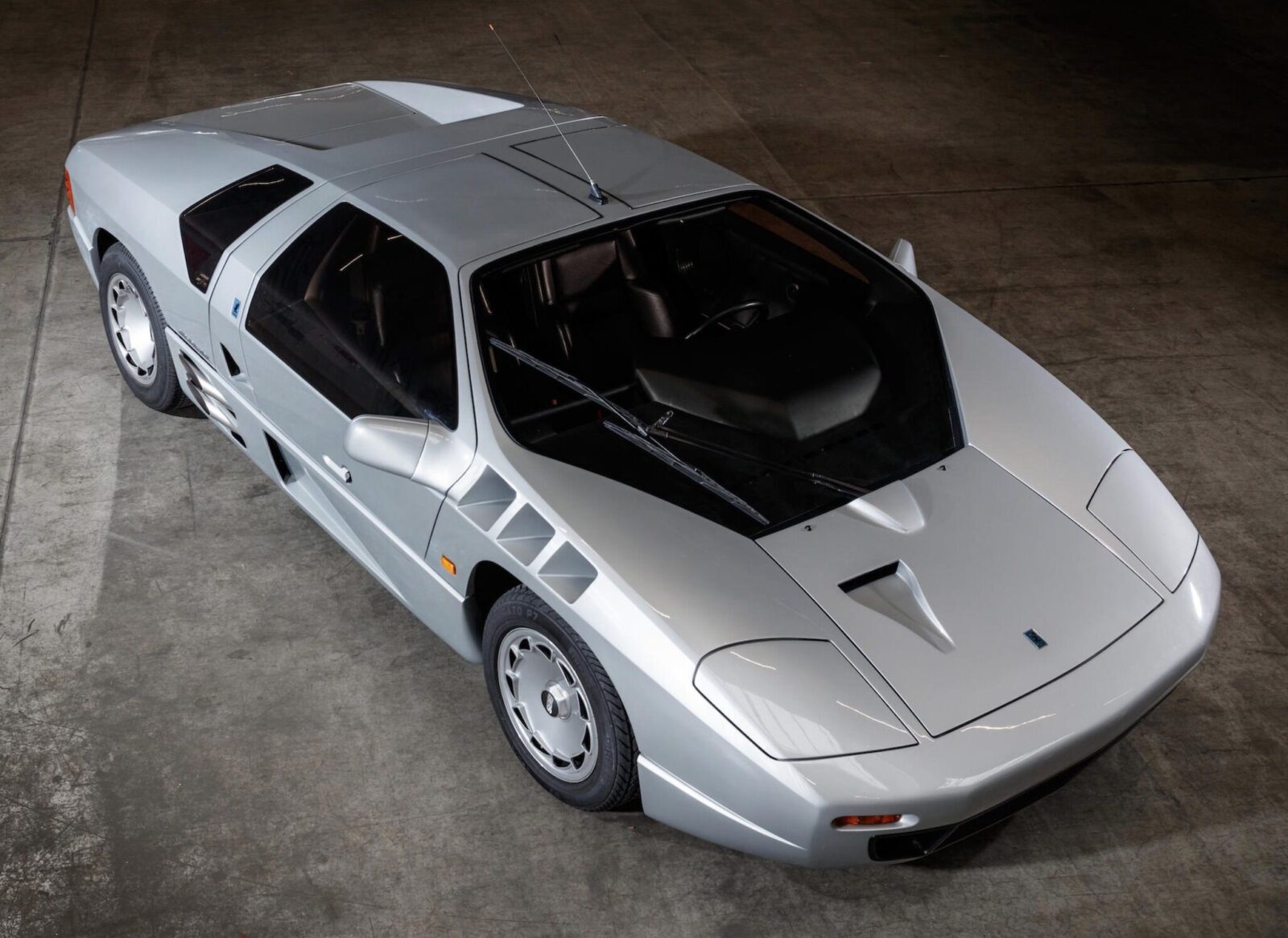 The Isdera Imperator 108i was a supercar born from the stubborn refusal of its designer to let it die as “just” a concept car – it was originally designed by Eberhard Schulz as the Mercedes-Benz CW311 concept car in 1978.

Mercedes had opted not to put it into production, but they didn’t stand in Schulz’s way when he set out to create his own production model of the car under the the marque “Isdera” that he founded in 1982. The company’s unusual name is a portmanteau of “Ingenieurbüro für Styling, Design und Racing,” or in English, “Engineering Company for Styling, Design and Racing.”

Eberhard Schulz had a fascinating career, he studied mechanical engineering but dropped out before graduating to build his own super car – the Erator GT with 400 hp and a top speed of over 300 km/h.

He drove this car to both Mercedes and Porsche to apply for a job, he landed a job with Porsche in 1971 but maintained contact with Mercedes over the years. The cars built by Schulz would typically be powered by Mercedes engines but would use many Porsche parts including interior elements sourced from cars like the Porsche 928. 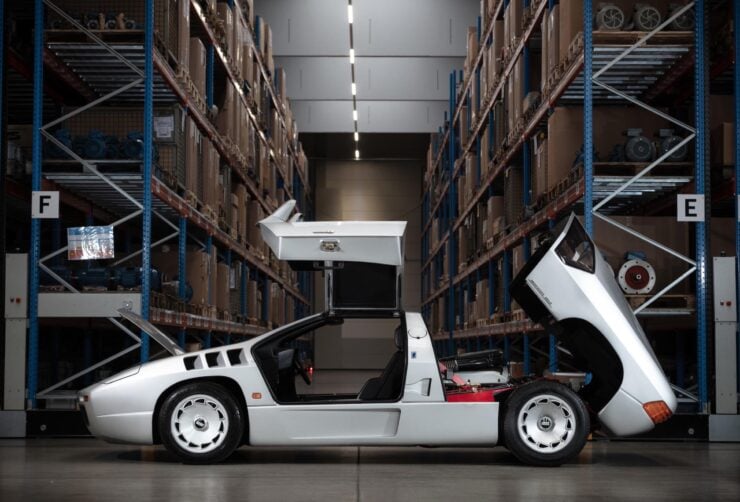 Above Image: The Imperator 108i has gullwing doors inspired by the Mercedes-Benz 300SL.

There can be little argument that the Isdera Imperator 108i was one of the most beautiful mid-engined supercars of its era. It was typically compared with cars like the Lamborghini Countach, the Ferrari F40, the Porsche 959, and later with cars like the Jaguar XJ220.

Schulz designed the Imperator 108i with a tubular steel spaceframe chassis onto which a bonded fiberglass body would be fitted. Front suspension consists of double wishbones and coil springs over tubular shock absorbers with an anti-roll bar, and in the rear you’ll find upper and lower transverse links, coil springs over tubular shock absorbers, and an anti-roll bar.

The car has power-assisted rack-and-pinion steering and ventilated disc brakes on all four corners which helped bring the car’s relatively low weight of 1,250 kgs or 2,756 lbs to a stop when required.

The mid-mounted engine used in the Imperator 108i changed over the course of the vehicle’s production run. Initially the car was fitted with a 5.0 litre M117 Mercedes-Benz V8 producing 296 bhp and 336 lb ft of torque.

Over time Mercedes developed more advanced and subsequently more powerful engines which were used including a 5.6 litre version of the M117, an AMG 5.6 litre V8, and finally a 6.0 litre AMG V8 with 32 valves capable of 390 bhp. 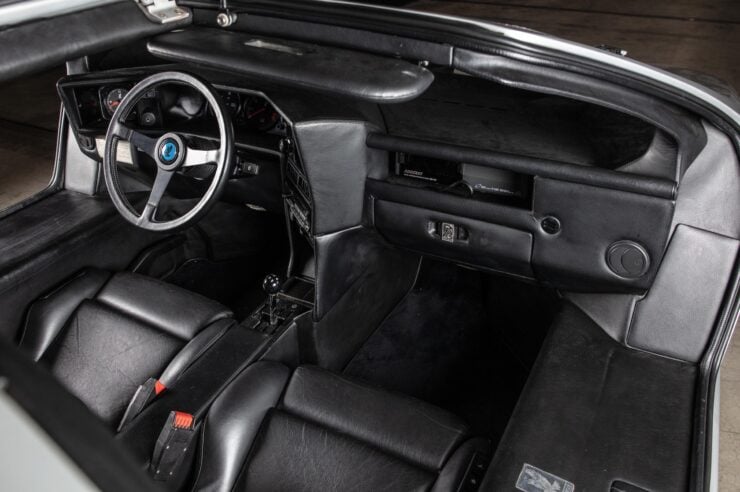 Above Image: The interior offers comfortable seating for two with the driver encapsulated by a wrap around dashboard like a fighter jet.

Power was sent to the rear wheels via a reliable 5-speed ZF manual transmission. Power output and performance specifications changed over time, the initial cars were capable of 283 km/h (176 mph) and a 0 to 60 mph time of 5.0 seconds, with later cars besting these figures significantly.

Isdera would keep the Imperator 108i in production from 1982 until 1993 when it was replaced with the Commendatore 112i, an advanced modern supercar that had a claimed top speed of 370 km/h (230 mph) recorded during testing.

Amazingly Isdera is still in business today, apparently the only way to order a car is to personally call the CEO and ask for one, an unusually personal touch befitting a company that only makes a handful of cars every few years and always to order.

If you’d like to see more or register to bid you can click here to visit the listing. 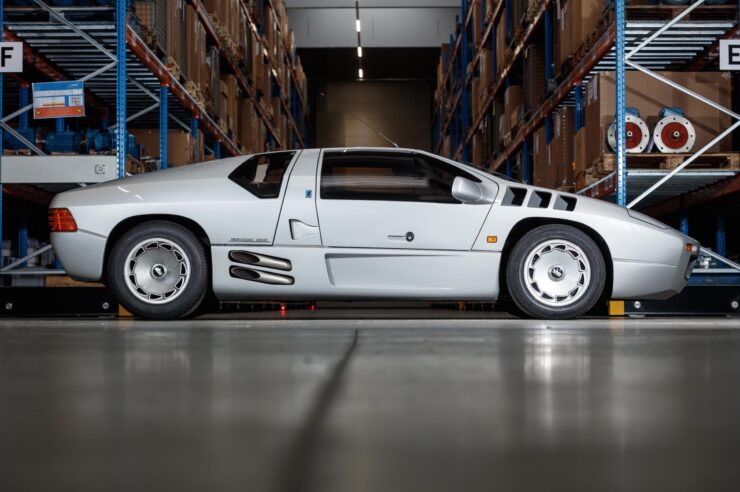 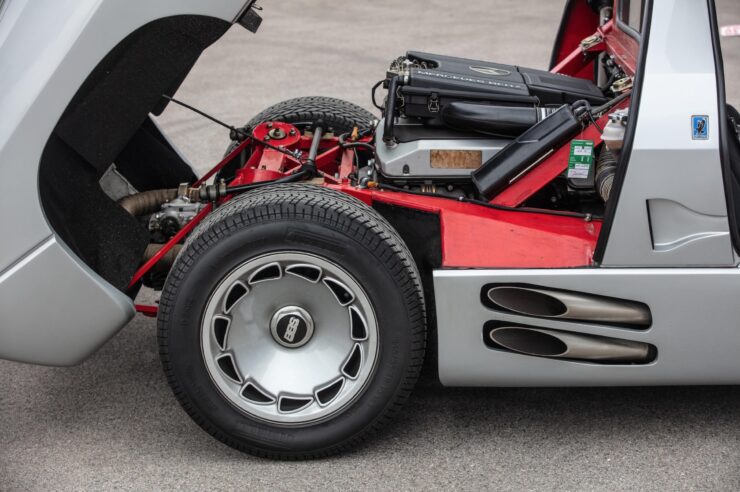 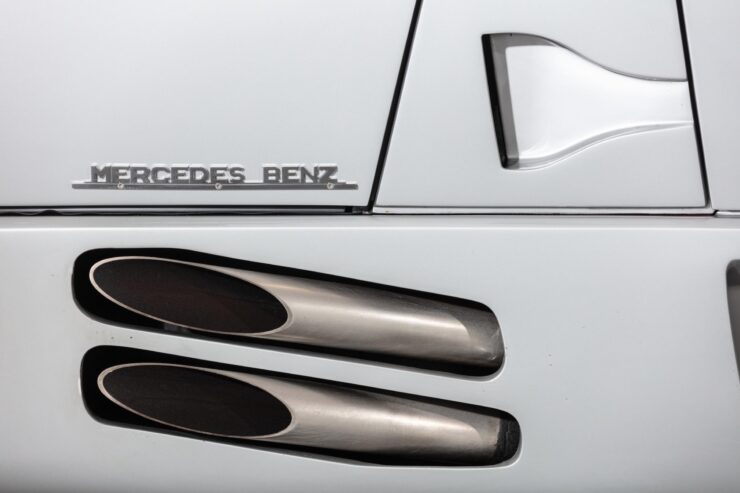 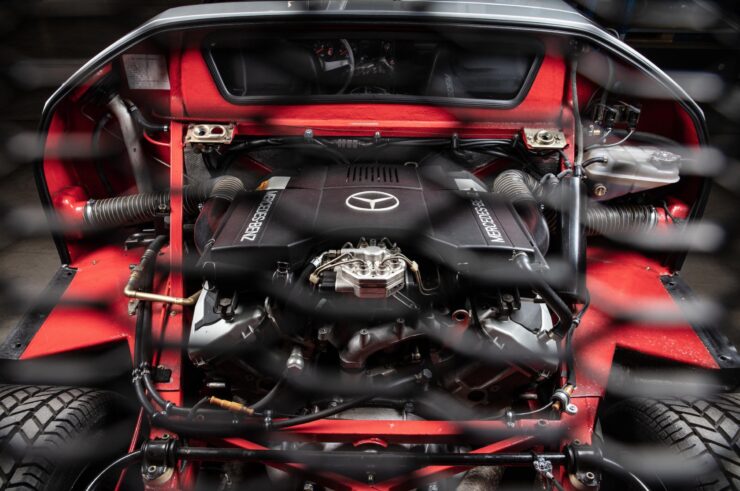 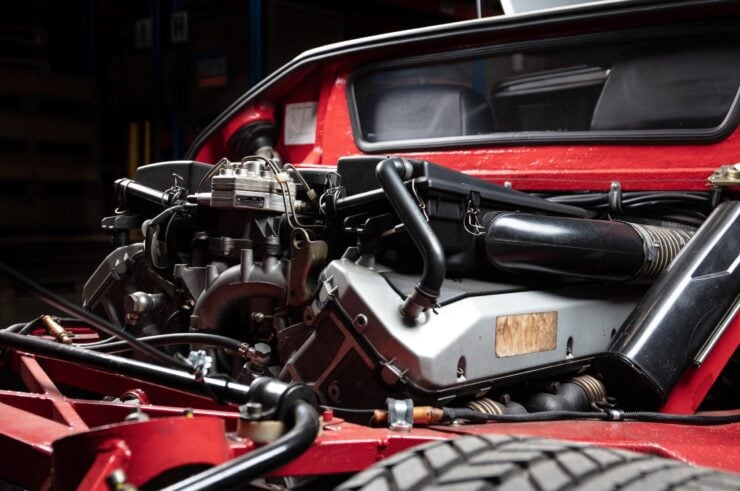 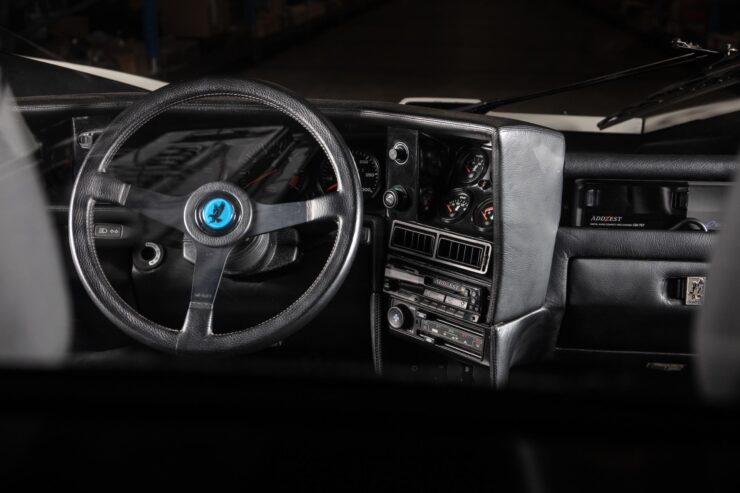 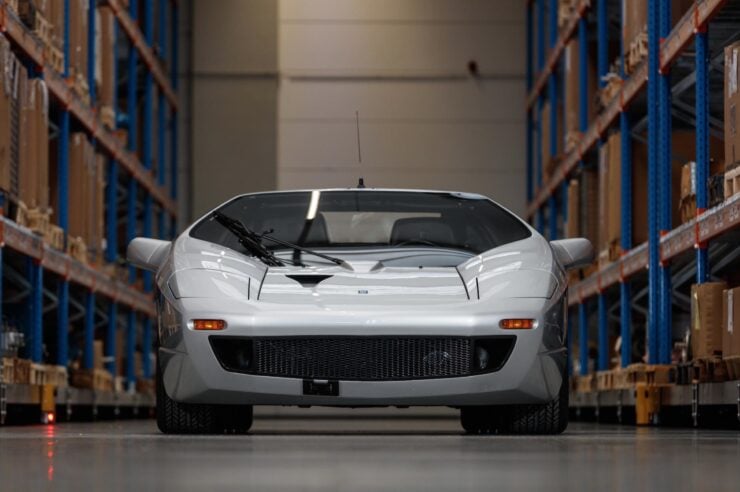 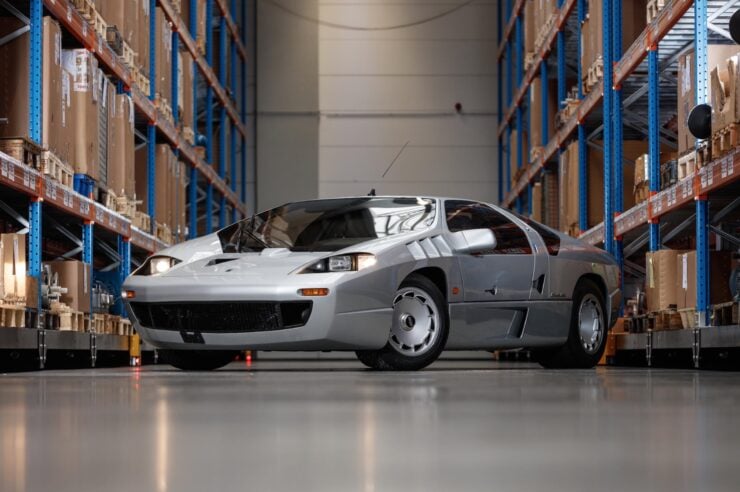 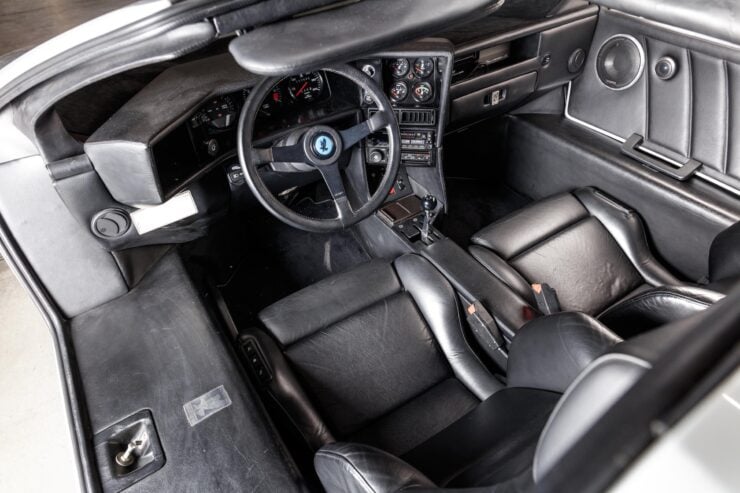 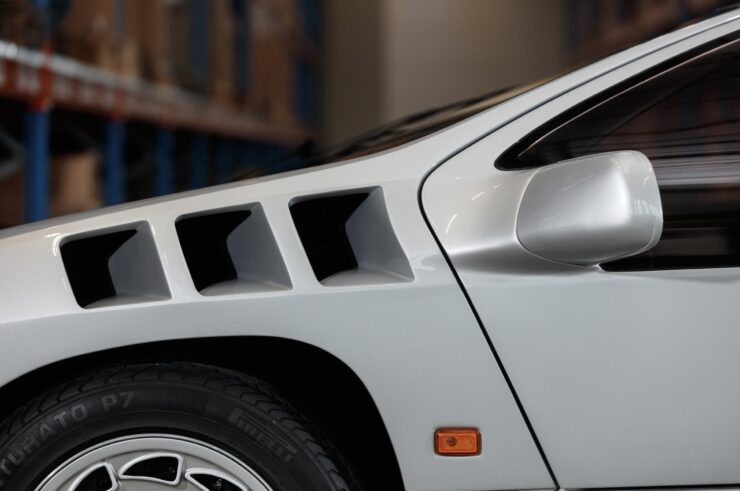 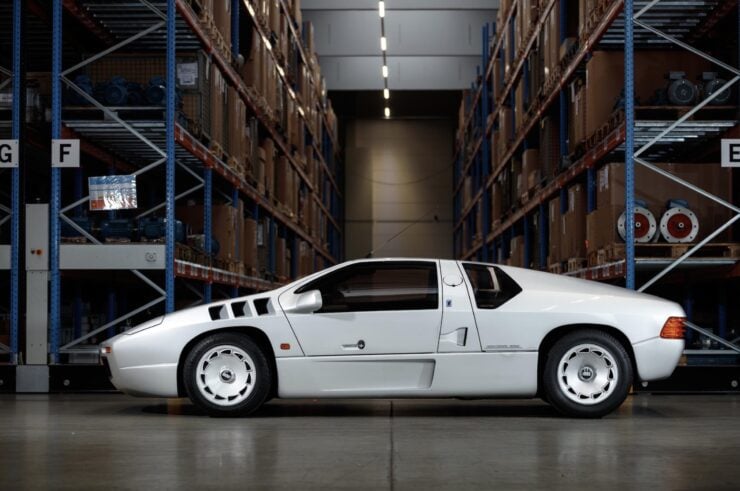 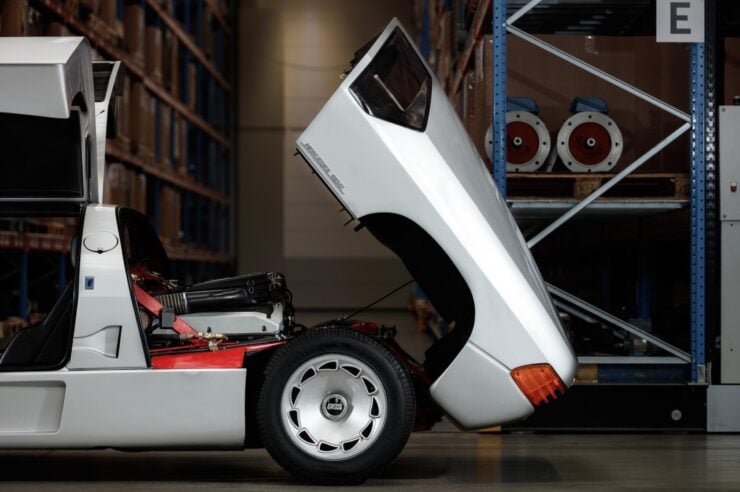 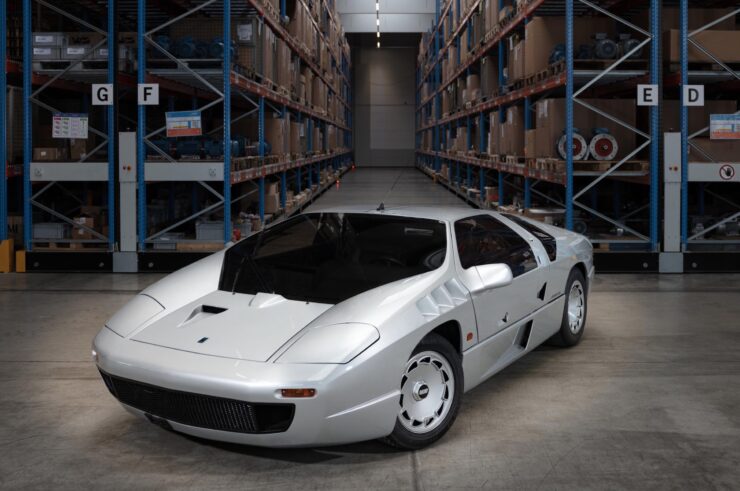 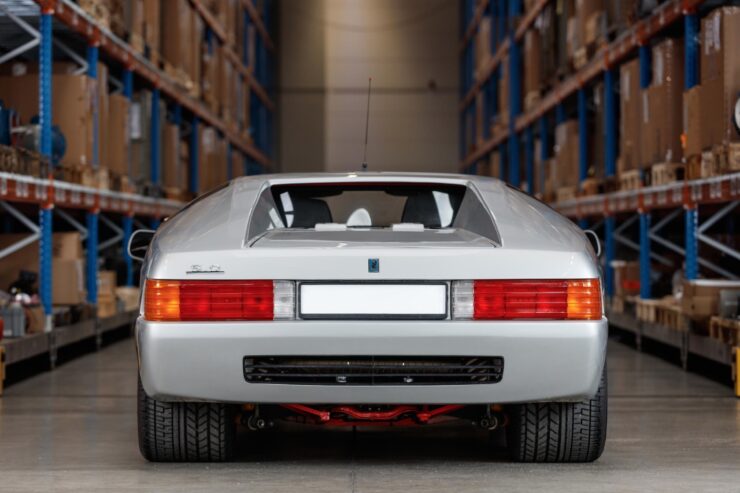