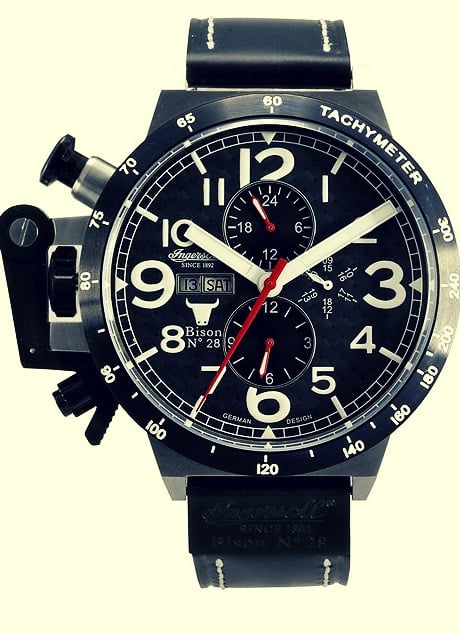 Ingersoll has been producing watches since 1892, the German watchmaker produces some rather unique timepieces with this member of the Bison Collection being a great example of their work. This model, the Caliber 520, is waterproof to 100 meters, has a 20 jewel auto winding mechanism, a transparent crystal back and a 3 year manufacturers warranty.

Somewhat surprisingly the price tag is just $499 USD, a fair bit less expensive than I would have guessed by looking at it.

Check it out over here at Watchismo. 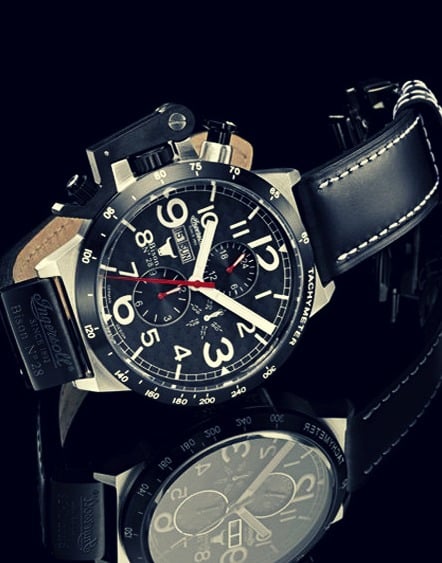