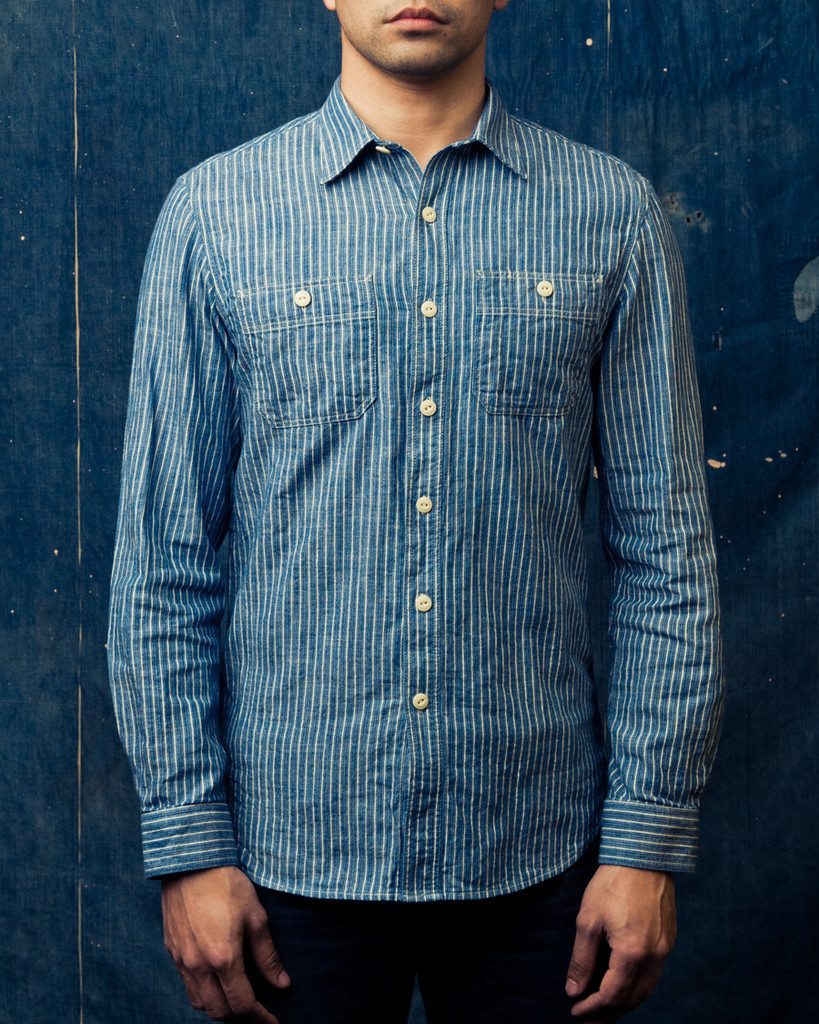 This exemplification of the work shirt by Imogene + Willie is made from selvage cotton, it features triple- and double-needle chain stitch construction, it comes in 2 colours and is available in 4 sizes.