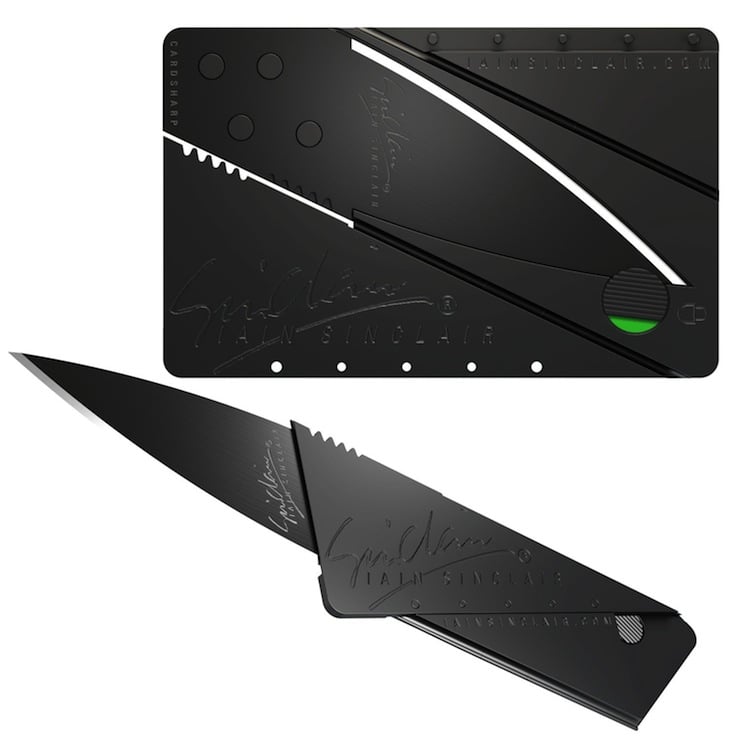 The Iain Sinclair Design Cardsharp2 Folding Knife is a fantastically clever little bit of gear, when folded up it’s a rectangular, credit card sized object that can slot right into your wallet and when folded out it’s a 65mm knife made from surgical steel.

Each one can be bought for just $5.74 (at the time of writing) and they make brilliant Christmas gifts for both men and women.