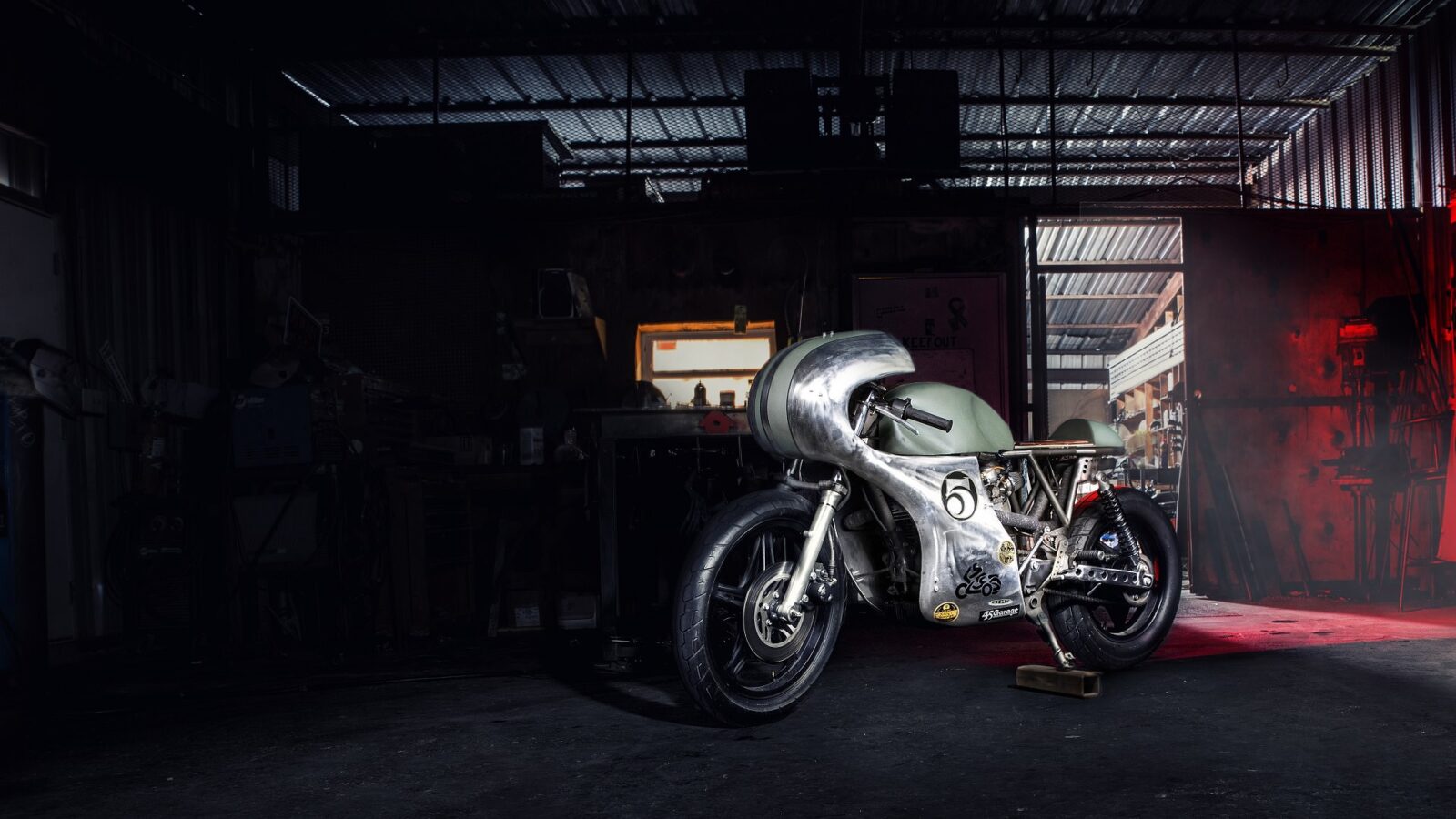 Custom motorcycles that have hand built fairings always draw a little extra attention from me, I love naked bikes and classic cafe racers but there’s something genuinely captivating about a sheet of metal that’s been hammered into a landscape of curves designed to bend the wind around itself.

The faired bike you see here is the work of the talented metal-worker Junior Burrell, it started life as a Honda CM400 before having a Honda CB450 engine shoehorned into its frame. The bodywork was formed from sheet aluminium in an act that I can only assume was black magic, voodoo or witchcraft.

The wheelbase was stretched 3″ with a longer swing arm to improve handling, the headlight was fabricated from copper tubing and then mounted down on the right side of the front fork to maintain the clean lines around the upper portion of the bodywork.

Junior has quickly earned himself an impressive list of followers with his focus on hand making almost all of the elements that go onto his builds – which has resulted in some remarkable motorcycles rolling out of his garage in Fort Worth, Texas. 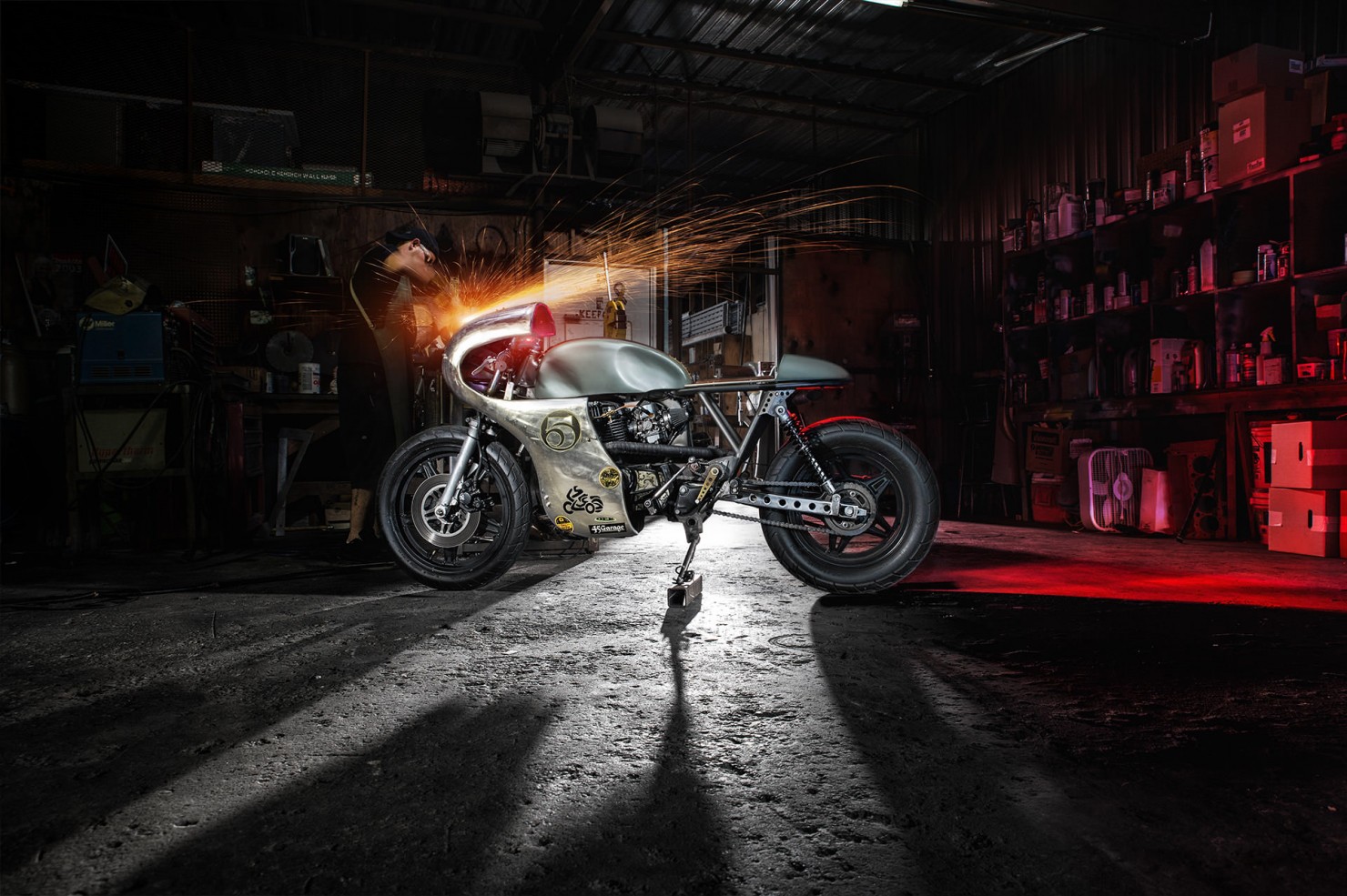 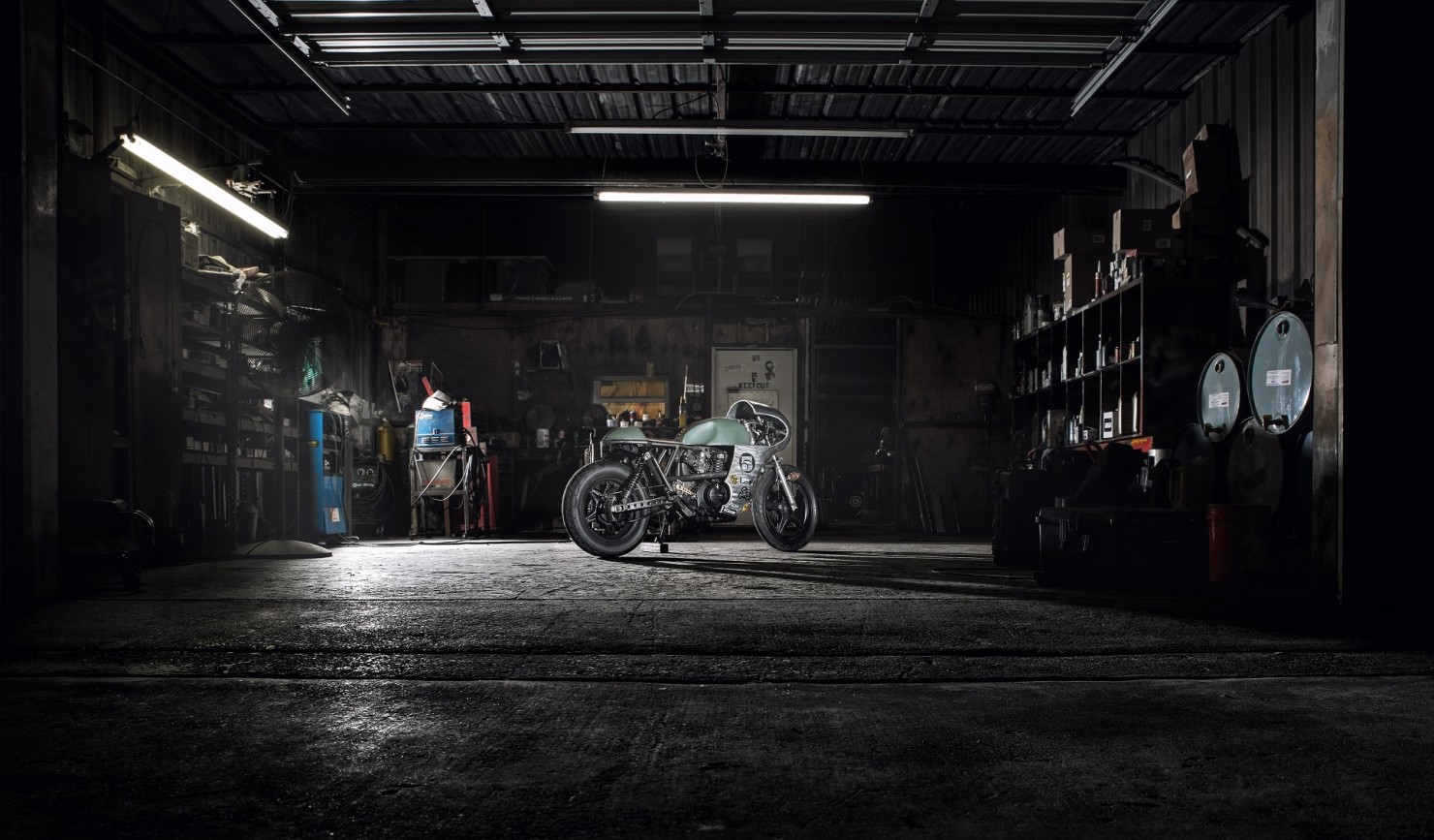 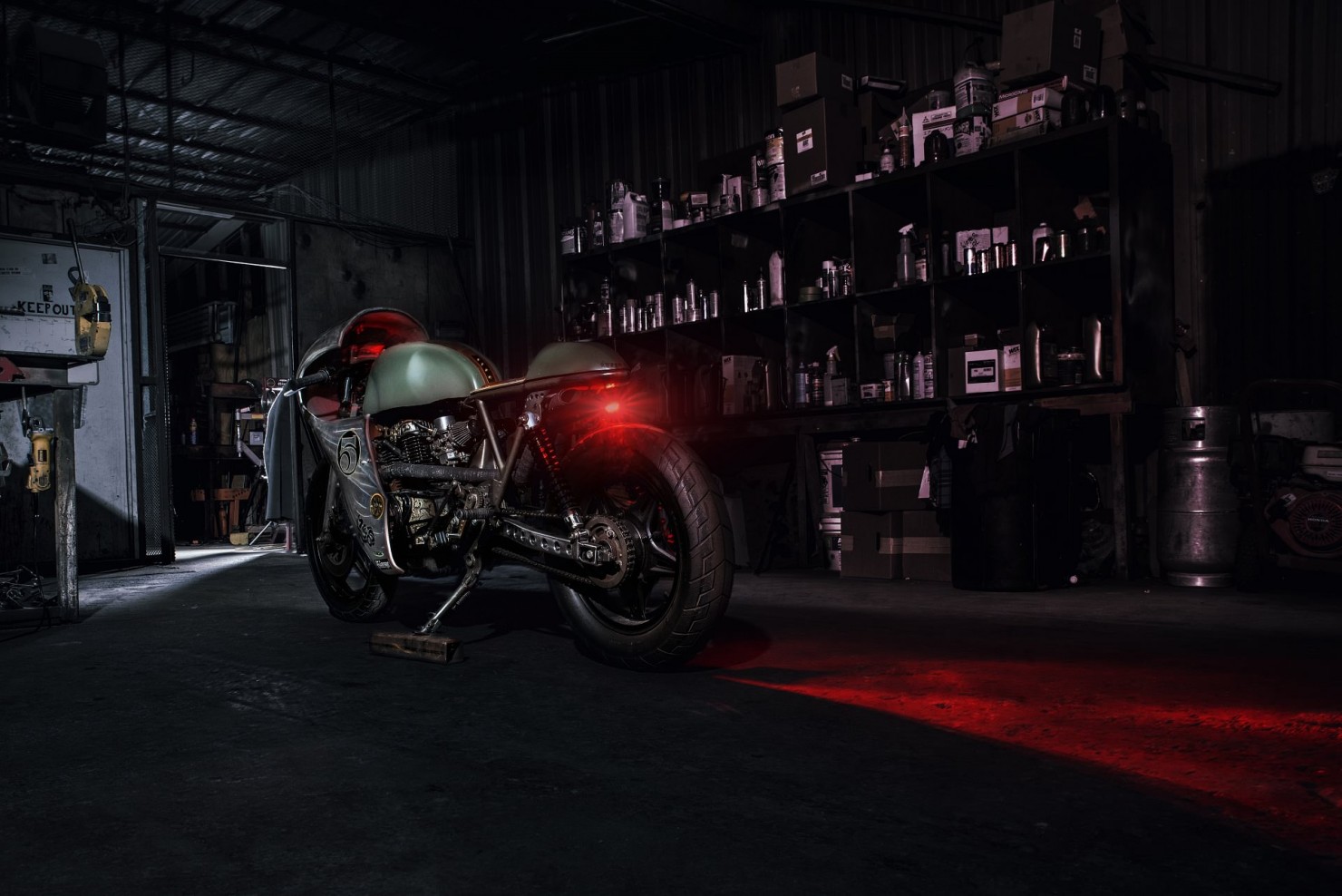 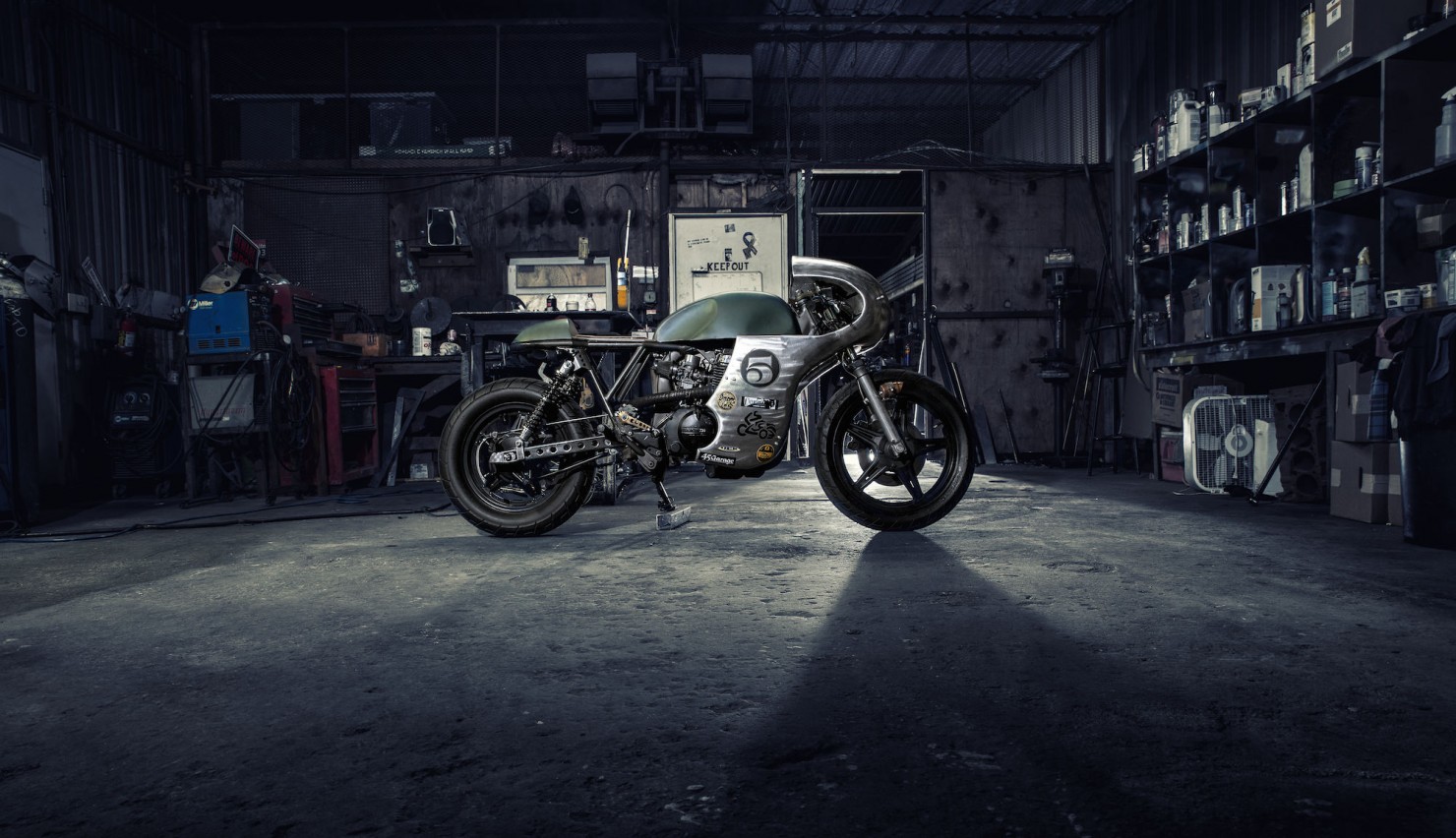 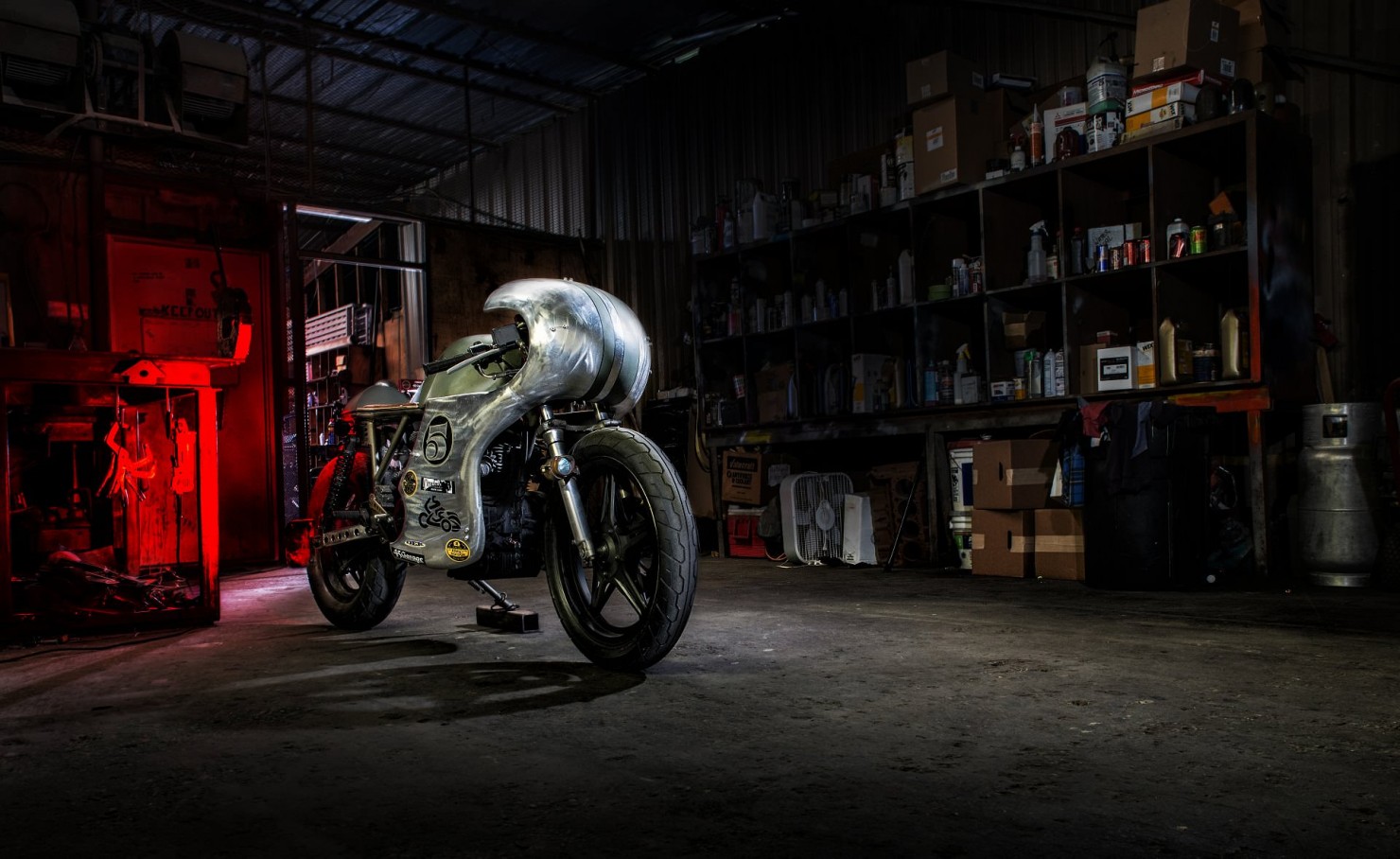 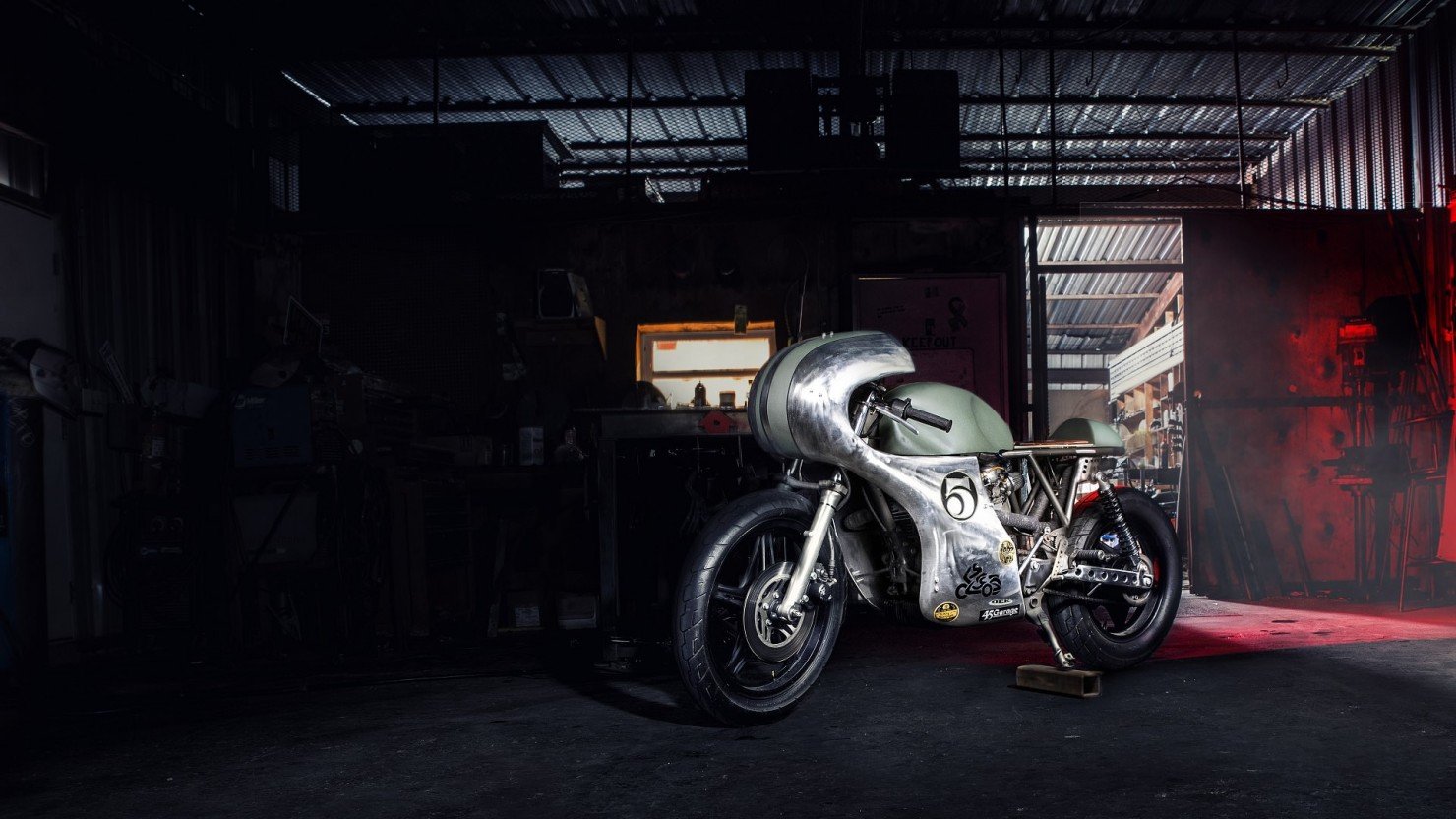 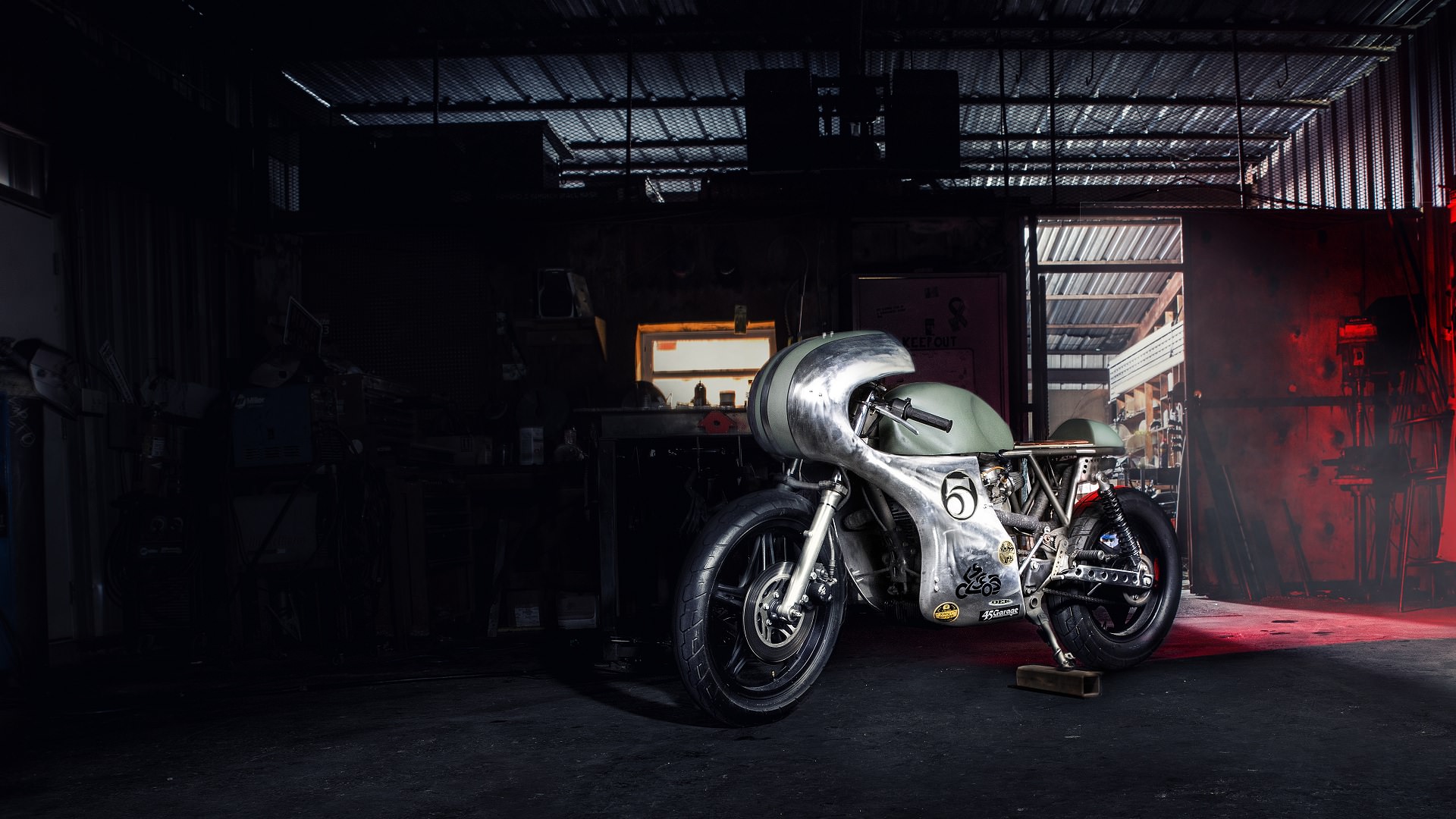