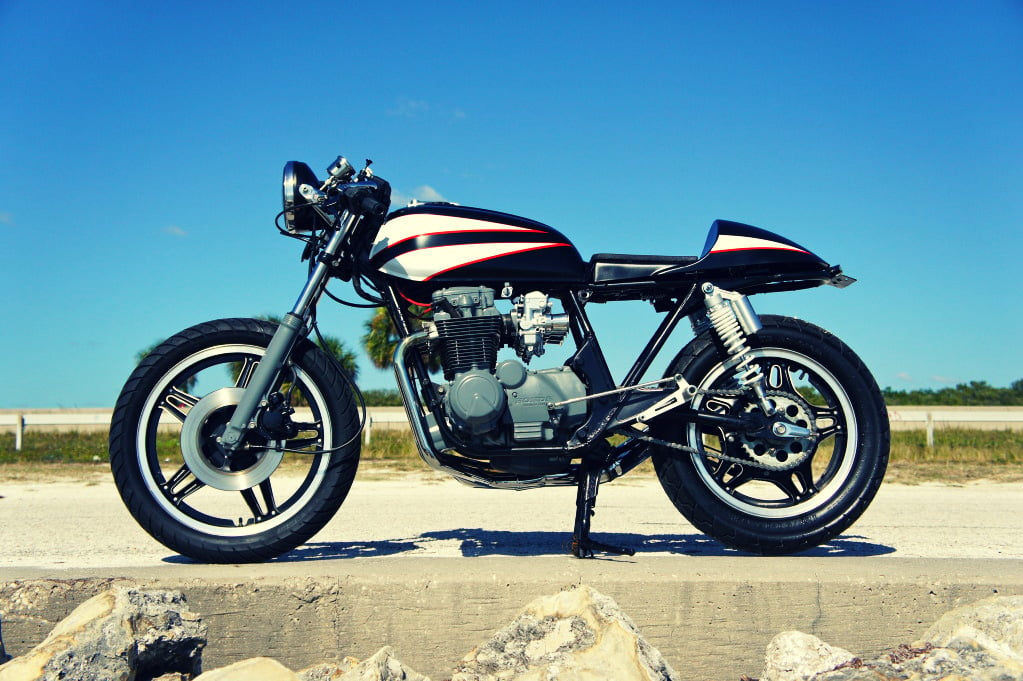 The guys at Steel Bent Customs have a habit of building some of the nicest and most affordable café racers out there and this Honda CB650 is no exception. Michael Mundy, the owner of Steel Bent Customs is a friendly guy from Tampa with a penchant for vintage Honda motorcycles and an eye for photography, he builds café racers by hand and then sells them on eBay to people who don’t have the time or resources to build them themselves.

This Honda CB650 has been stripped back to the bare essentials with any unnecessary elements finding a new home in the trash, Michael added a custom 4 into 1 exhaust, polished aluminium velocity stacks, a reinforced rear subframe, loaded gun rear sets and a custom seat cowl. The bike now has a timeless, clean, café racer look that’ll only improve with age and riding.

This bike is up on eBay here with bidding currently sitting around the $2,000 mark and about 4 days left on the auction. 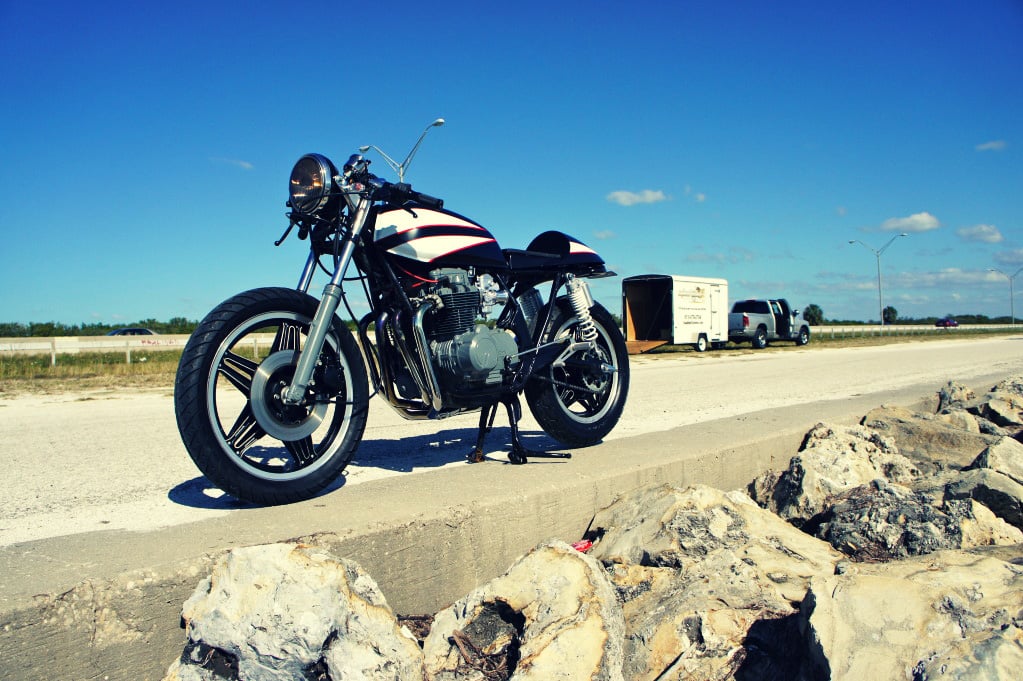 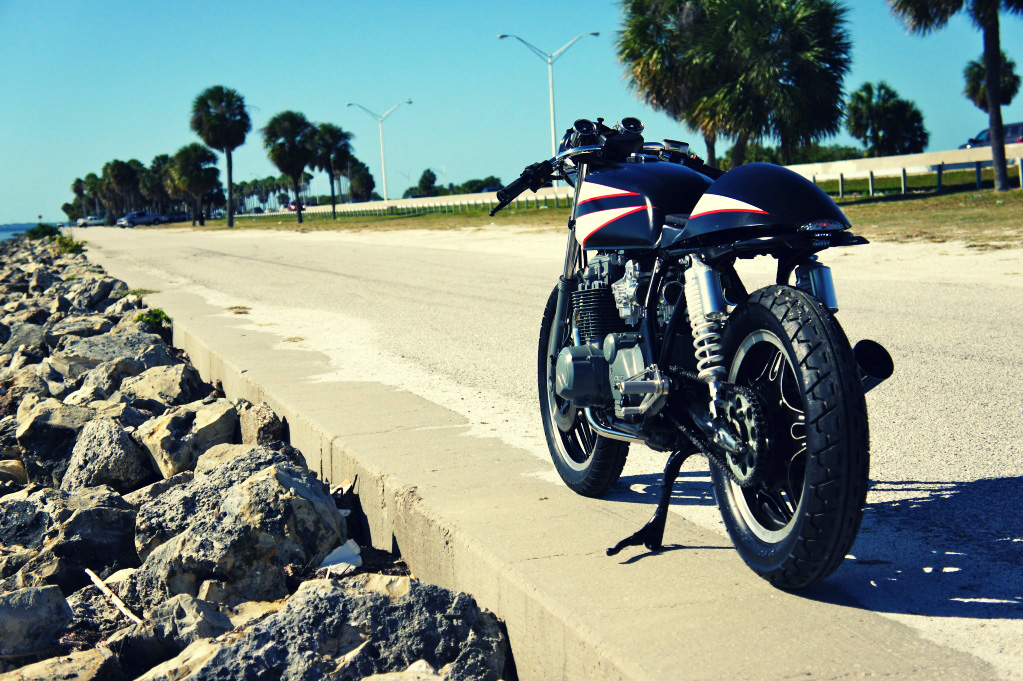 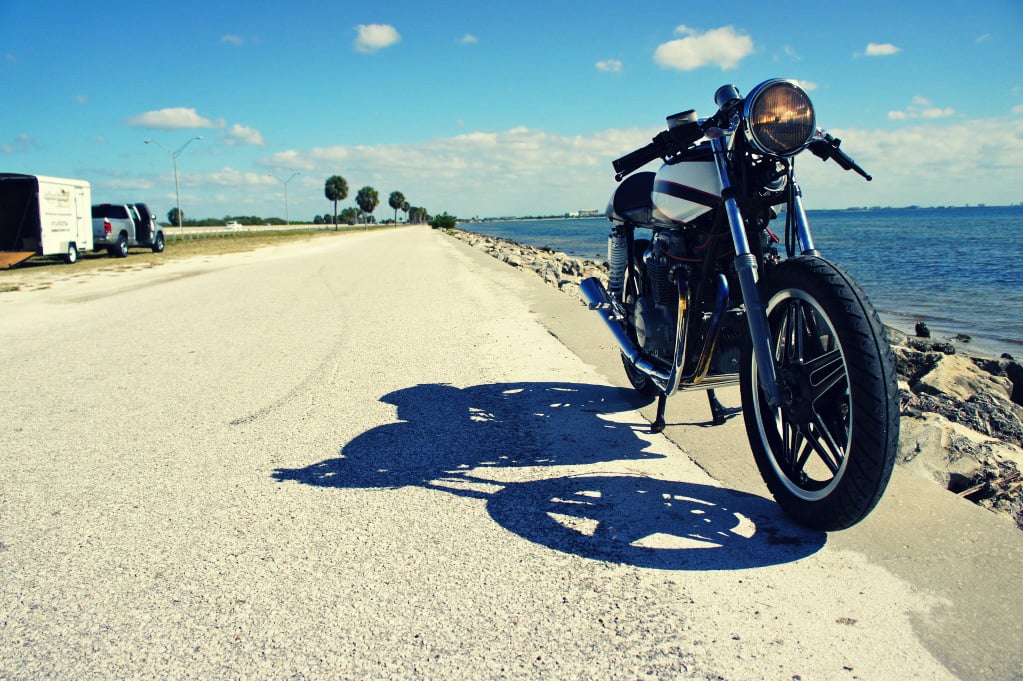 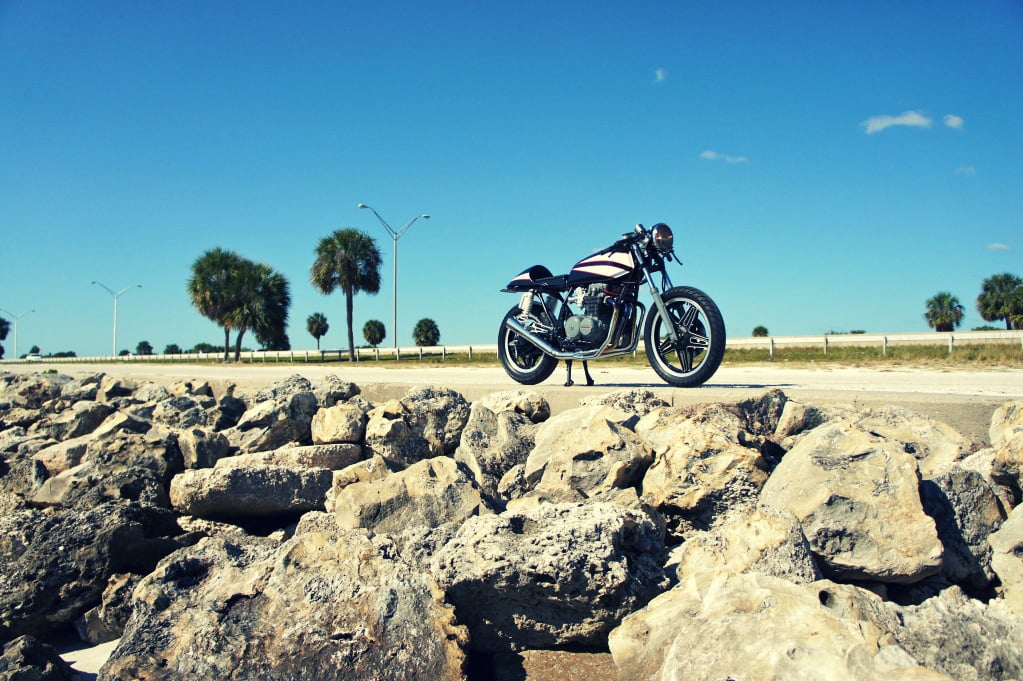 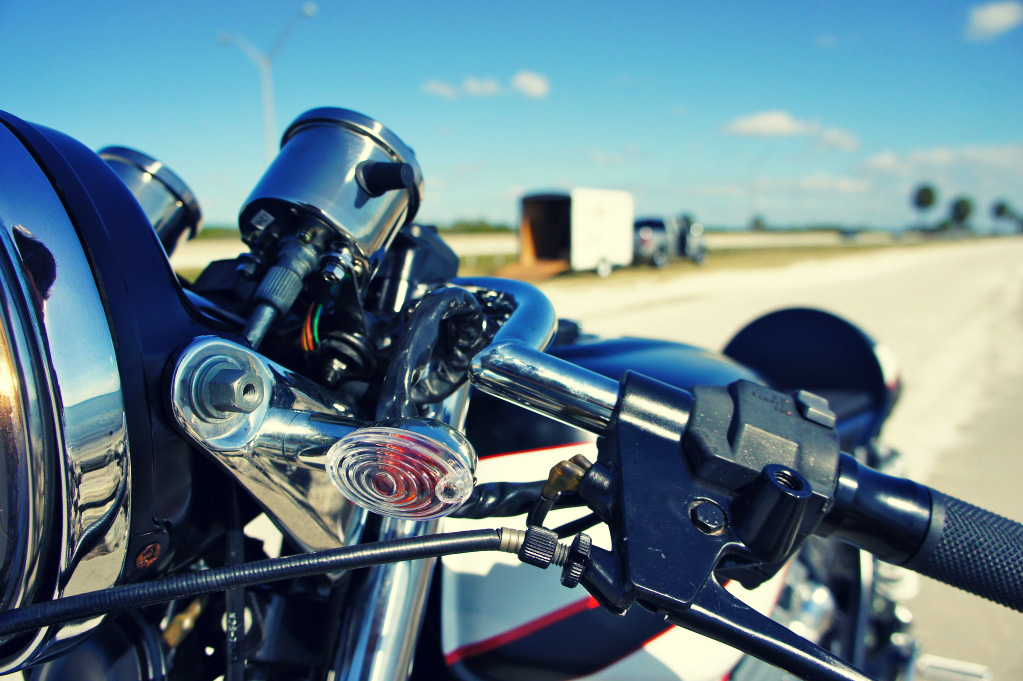