This is an original, unrestored Holden Monaro GTS, it was Australia’s answer to the onslaught of American muscle cars in the 1960s like the Mustang and the Camaro, and it would arguably become Holden’s most loved car of all time.

The first Holden Monaro was released in 1968 and sold over three model iterations until 1971. The styling was influenced by American V8 coupes like the Ford Mustang and Chevrolet Camaro, however the Monaro was entirely unique and it quickly became one of the most desirable sports cars in the country.

The elegant design of the Monaro belied its capabilities on track, over the course of the late 1960s and early 1970s Holden Monaros would win a slew of important Australian races and championships including the Hardie-Ferodo 500 (now known as the Bathurst 1000) on two occasions and the 1970 Australian Touring Car Championship.

Interestingly the Monaro didn’t have a name for much of its development, hundreds of names were tossed around and the name “Torana” seemed like the final choice until Noel Bedford, member of Holden’s design team, discovered the name by accident while on a family road trip holiday. 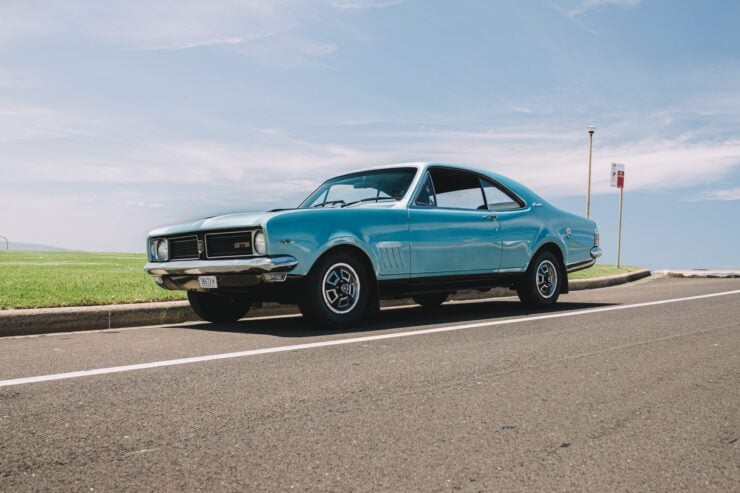 Above Image: The styling of the Monaro was done 100% in-house at Holden, but it took some inspiration from similarly equipped American cars.

Bedford was driving through the town of Cooma in New South Wales in Australia’s east when he saw a road sign: “It said Monaro County Council in western-type lettering that reminded me of “Marlboro Country” and “Camaro”. It seemed to me so simple and logical. Why didn’t somebody think of it before? I was quite excited and couldn’t wait to get back to work.” – Noel Bedford

After he got back to the office and checked the trademark status of the name Holden held an impromptu board meeting and approved it.

The first generation Monaro would be built in three iterations, the Monaro HK, Monaro HT, and finally the Monaro HG. They all share the same body panels and look indistinguishable to the non-trained eye but there were a slew of changes made underneath and in the engine bay.

Initially you could buy a Monaro with a straight-six under the hood, you could opt for either a 5.0 litre (307 cubic inch) V8 or the top-of-the-line GTS model with a 327 cubic inch small-block Chevrolet V8. At this time Holden engineers were hard at work on their own V8 engine, this new engine was developed 100% in-house and it was intended to become the company’s flagship engine – which it was between 1969 and 2000.

In 1969 you could order your new Monaro with the new Holden V8, a 308 cubic inch (5.0 litre) 90º V8 with 16 push-rod actuated valves and cross-flow heads. This engine proved popular both because it was smaller and lighter than the 327 cubic inch Chevrolet V8 and because it would give its owners bragging rights as owners of a “100% Australian muscle car”. 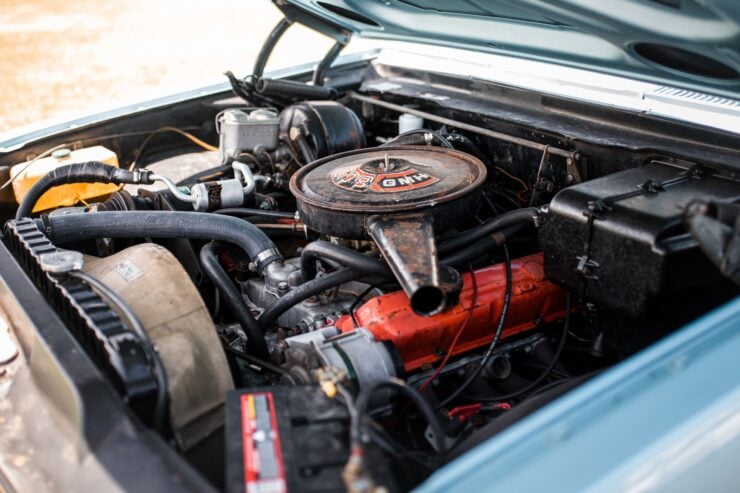 Above Image: Original Monaros with the Australian 308 cubic inch V8 are highly sought after by collectors today.

Today these original first generation Holden Monaros are highly sought after in Australia, particularly the GTS V8 versions which had proven so successful on the race track.

The car you see here is an original GTS equipped with the Australian-developed 308 cubic inch V8. Unusually this car is also an unrestored survivor – a rare find nowadays as many of these early Monaros have been restored back to showroom condition but perhaps lack the character of a car in its original paint.

As a 308 V8 equipped GTS the car will have a great deal of appeal to many Australians, it’s fitted with the desirable Saginaw 4-speed manual transmission, and it has factory air-conditioning, power steering, and the side stripe delete option.

The car is finished in Electra Blue over a black and houndstooth interior, it’s still wearing the correct steel wheels, and it has just 16,660 miles on the odometer.

If you’d like to read more about this unusual piece of Australian history of register to bid you can click here, it’s currently being offered on Collecting Cars with approximately two days left on the bidding. 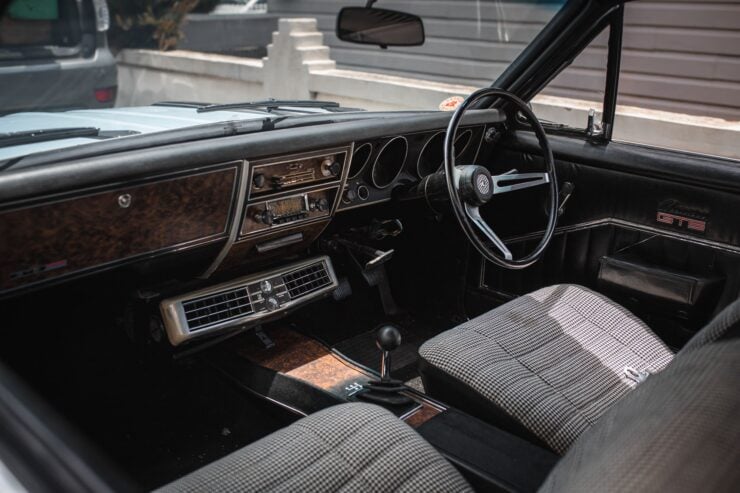 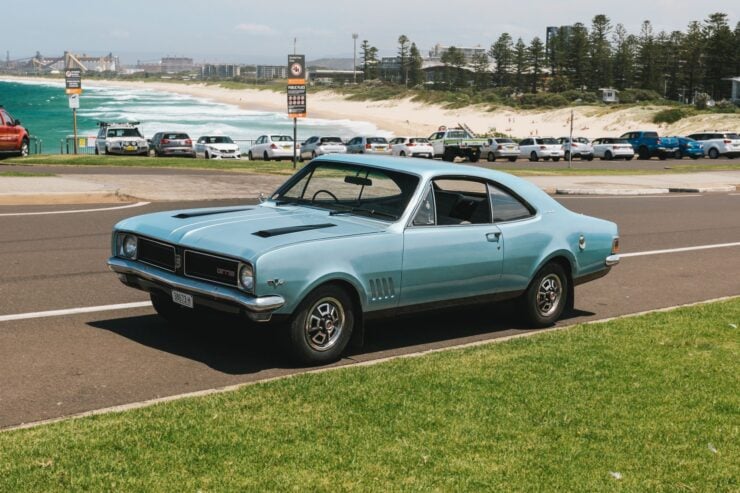 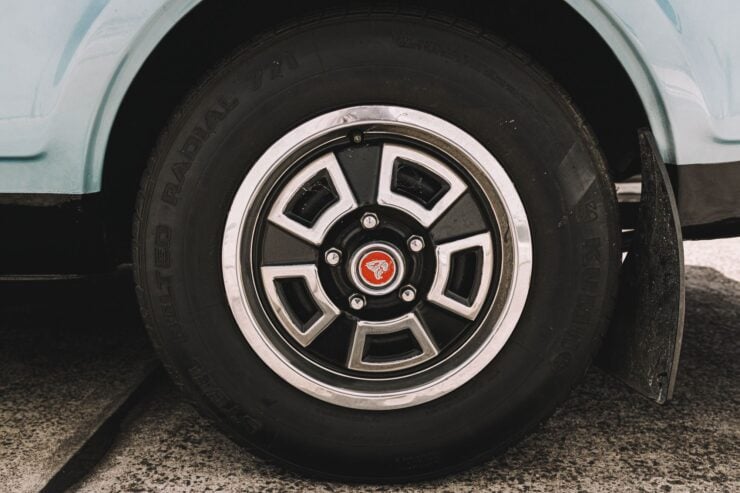 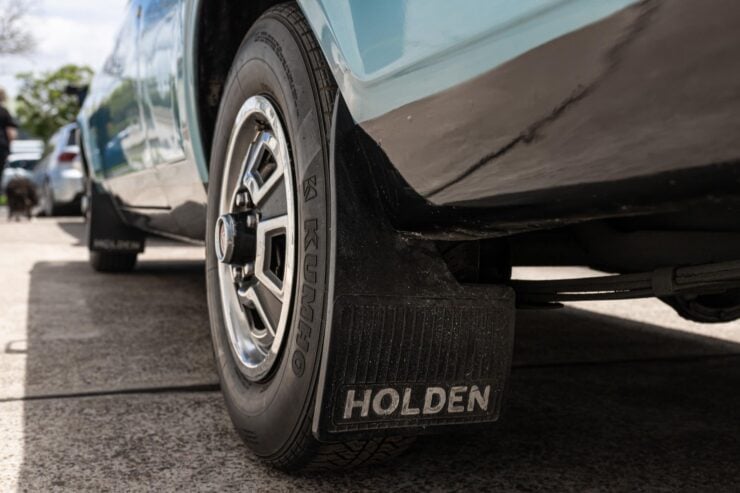 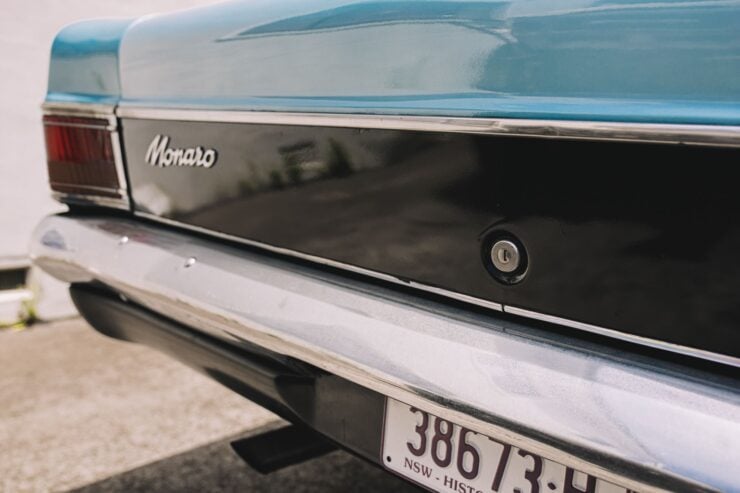 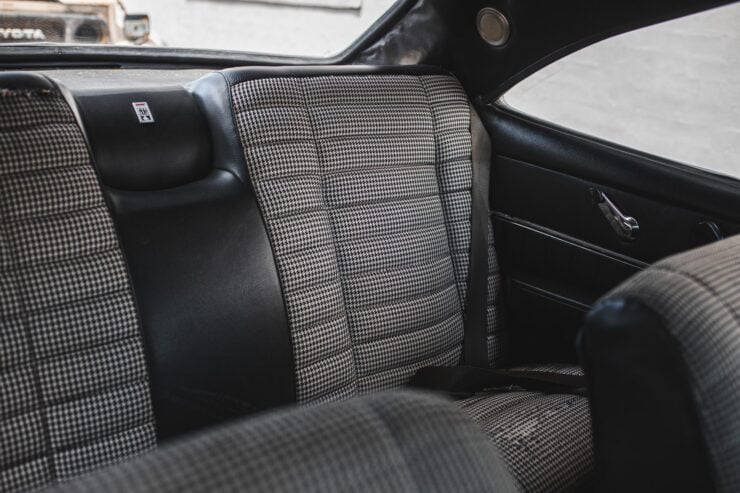 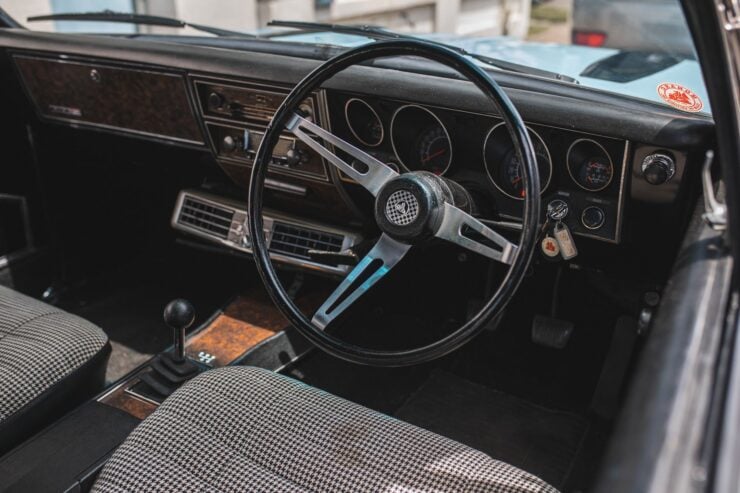 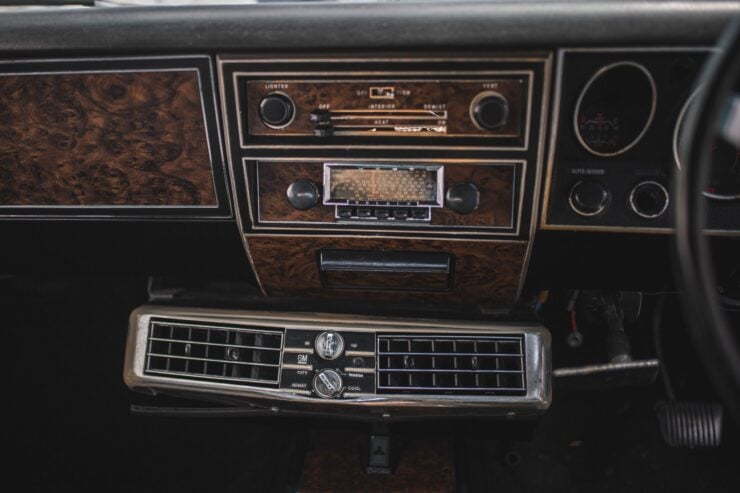 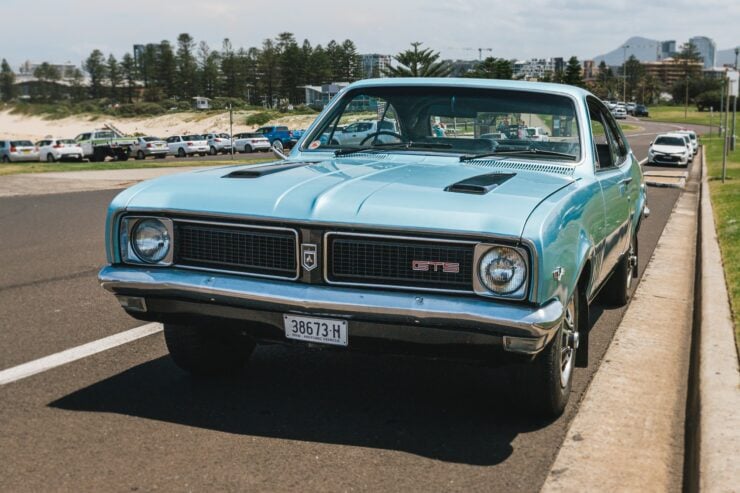 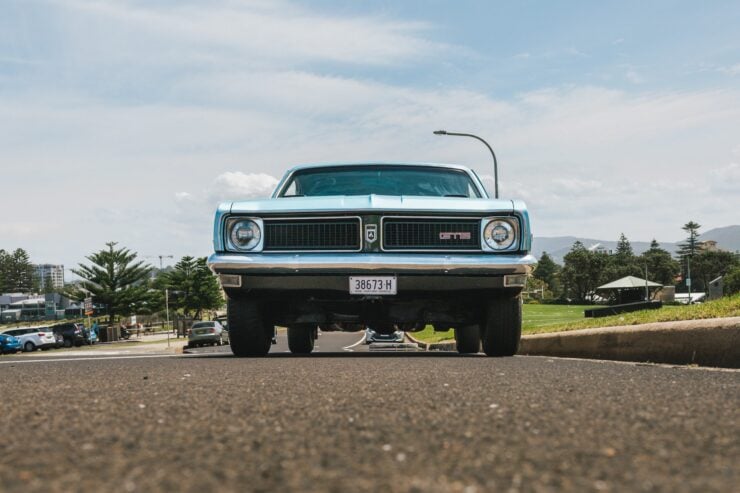 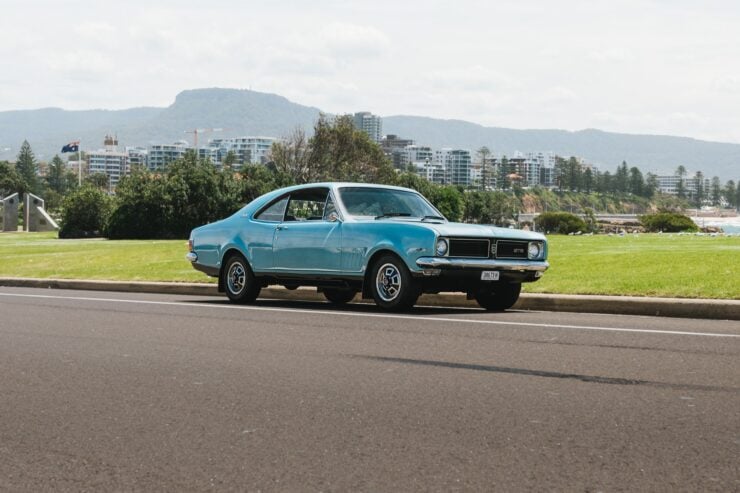 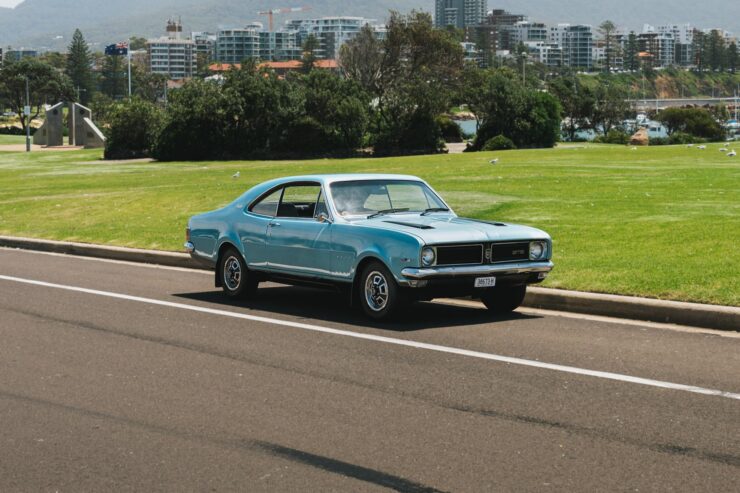 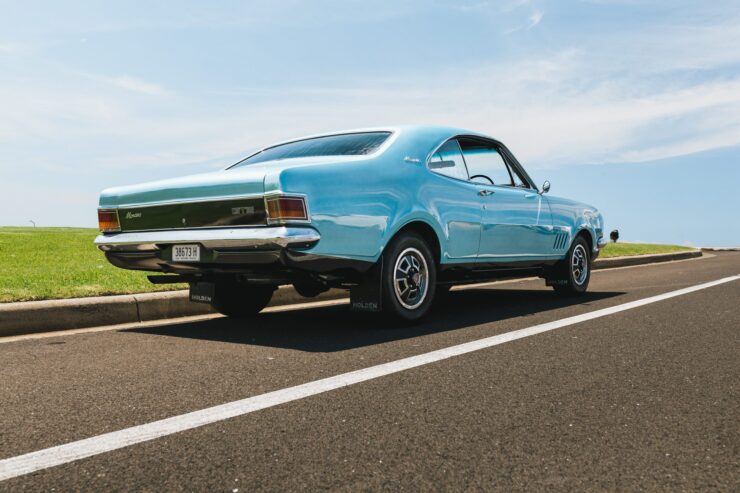