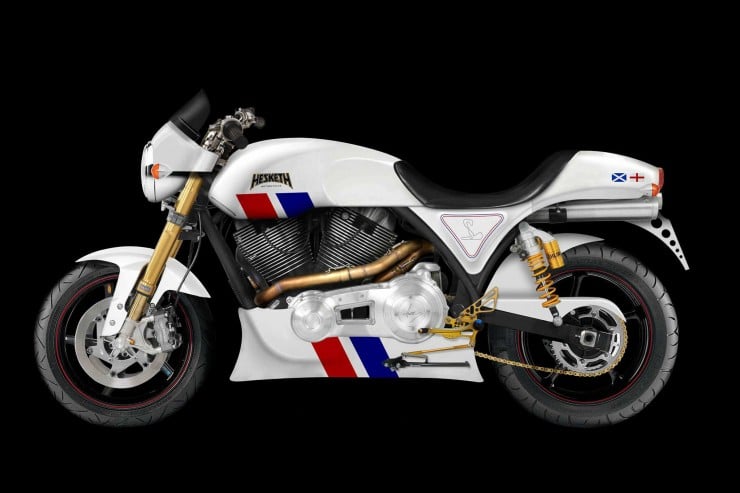 Hesketh Motorcycles is a small British company that most of us had forgotten about, the company was first created by Formula 1 team owner and close friend of James Hunt – the 3rd Lord Hesketh in 1980.

The mission was commendable although the sheer number of new technologies they tried to implement at once led to the bike being unreliable and having a number of teething problems, this combination meant that it wasn’t a huge seller and production ceased after just 139 bikes had been sold.

Skipping forward 33 years to the present day, Hesketh Motorcycles are back with a bang and have just introduced their 1,950cc V-twin monster-sportbike, the Hesketh 24. Only 24 are scheduled to be made with an initial delivery date of February 2014, Hesketh have announced that they’re developing a 2-seater version which will be made available for sale after the Hesketh 24 has sold out – which I don’t imagine will take very long.

Sadly we don’t yet have pricing information, however I can tell you that the Hesketh 24 has a race-spec 22.7 litre fuel cell mounted below the engine, overhead air intakes, a 56 degree, air-cooled V-twin producing 120bhp, Öhlins suspension, Beringer brakes and Brock’s performance BST carbon fibre wheels.

I included the full press release below for those who want further information, if you’d like to register your interest you can click here to visit Hesketh Motorcycles. 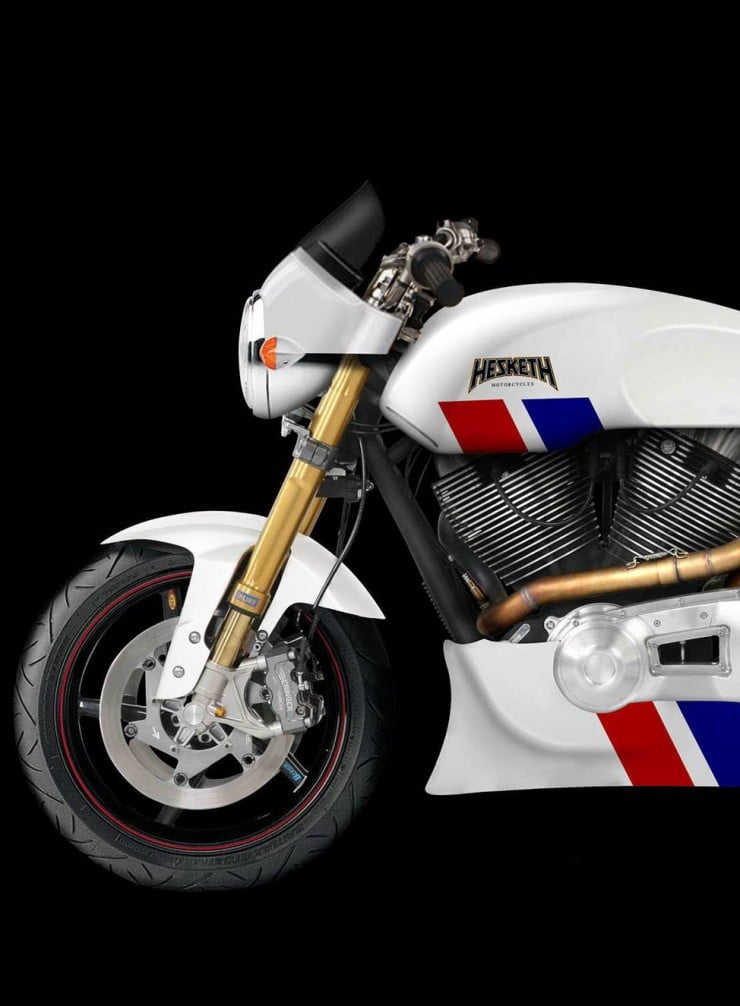 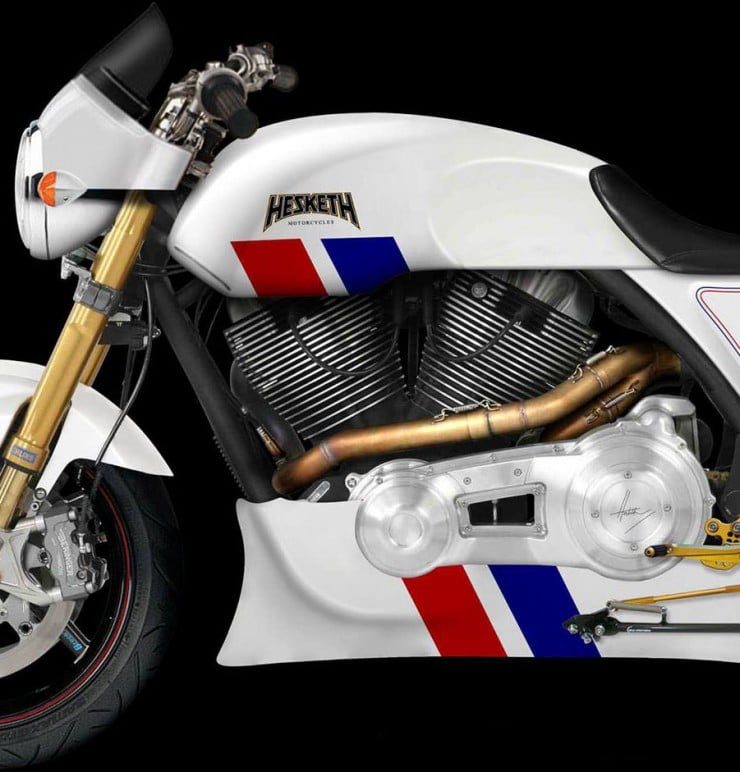 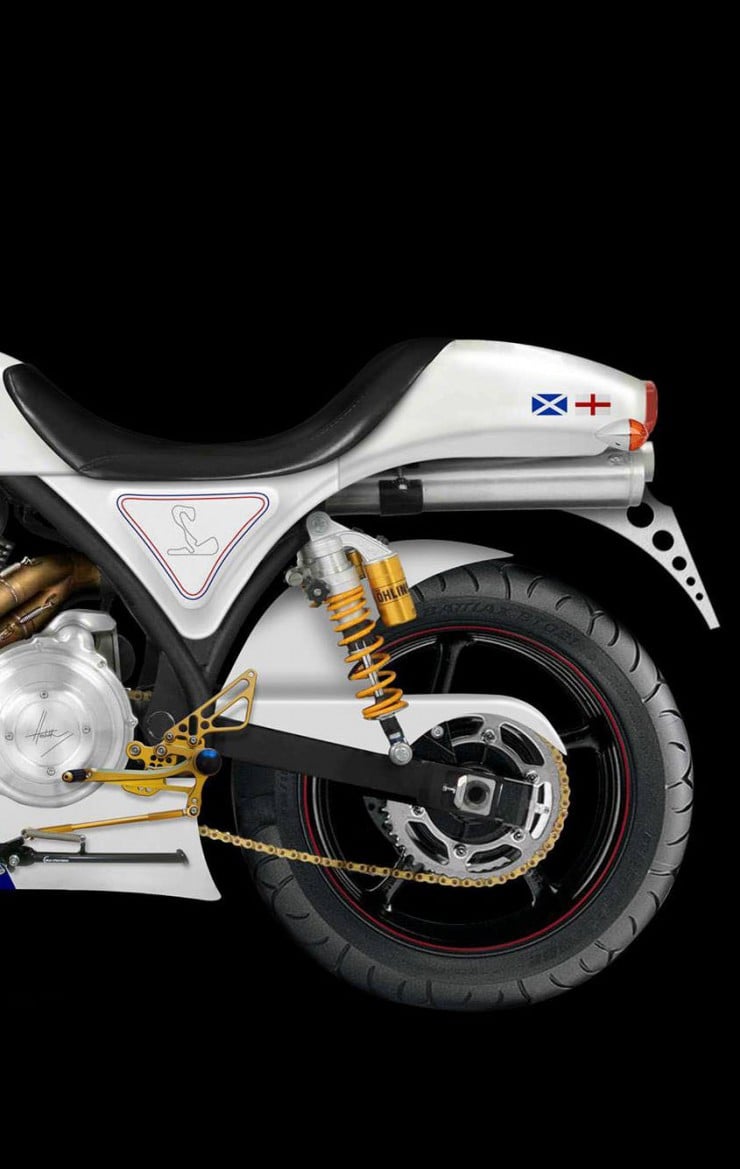 
The first new model from Hesketh Motorcycles in the 21st century will be the Hesketh 24. Taking inspiration from Hesketh’s illustrious Formula 1 roots, the Hesketh 24 uses James Hunt’s F1 Grand Prix winning ‘24’ car as the basis of the bikes’ styling.

However, underneath the red, white and blue is a completely modern interpretation of a Hesketh machine with a massive 1950 cc 56 degree V-twin engine putting out around 120 bhp. The Hesketh 24 features top quality branded components such as Ohlins suspension (track and road), Beringer brakes and Brock’s performance BST carbon fibre wheels.

Available from February 2014, the new Hesketh 24 will be the first model to be released under Paul Sleeman’s ownership and serves as a clear indication of the new direction of the brand.

Sleeman said: “The design of the bike itself is centred around the big V-twin muscle at the heart of the bike, with overhead air intakes inside the tank above and a 22.7 litre fuel cell mounted below the engine. To stay true to some original Hesketh features the front light offers a modern half cowel and the top tank follows the distinctive Hesketh shape.

The Hesketh 24 is a nod to the F1 success of James Hunt and the Hesketh Racing team and we tried to incorporate this is in subtle touches, such as the small Scottish and English flags on the tail as seen on the original F1 24 car and the outline of the Zandvoort circuit that offered Hunt the famous 1975 victory.

The limited edition Hesketh 24, of which only 24 will be made, is available from February and we will go on to develop and release a 2 seat version of this model shortly after.”

Hesketh Motorcycles will also soon be moving from their current home in Kingswood to larger premises in Redhill, Surrey allowing the team to concentrate on the manufacture of the Hesketh 24 and further models. 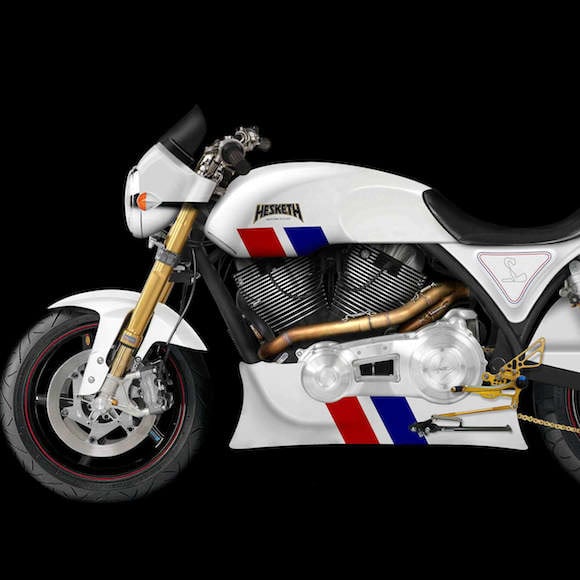 Facebook Twitter WhatsApp Email This is an original RGS Atalanta, if you’ve never seen one before that’s because it’s believed that only 11 were…

Facebook Twitter WhatsApp Email This Triumph Scrambler 1200 Steve McQueen Edition is due to be sold in mid-August to raise money for The Boys Republic,…