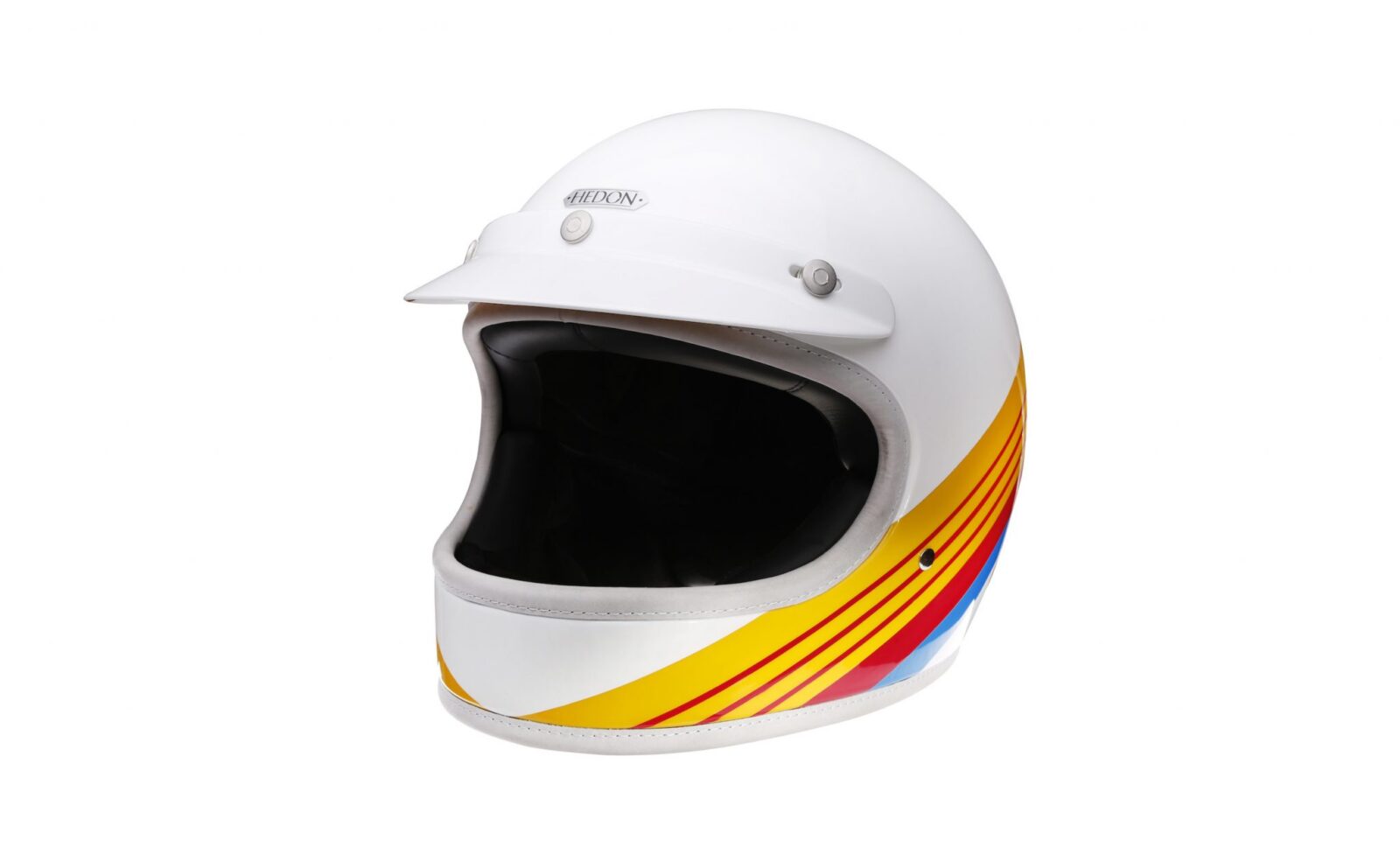 The Hedon Heroine is the newest addition to the relatively short list of modern full face motorcycle helmets with classically styled design. This version of the Heroine is the Dirt Quake Trailblazer Helmet, with shell art reminiscent of the 1970s to celebrate the retro Dirt Quake events in the UK and USA held each year.

Each Heroine has full ECE 22.05 safety certification, in part thanks to the strong but lightweight carbon and fibreglass shell. This version of the helmet comes with a special Dirt Quake visor, as well as Hed Armor lining with 360 degrees cushion padding, Merlin anti-bacterial fabric, Natural calf leather trim and lining, and Gunmetal anodised hardware. 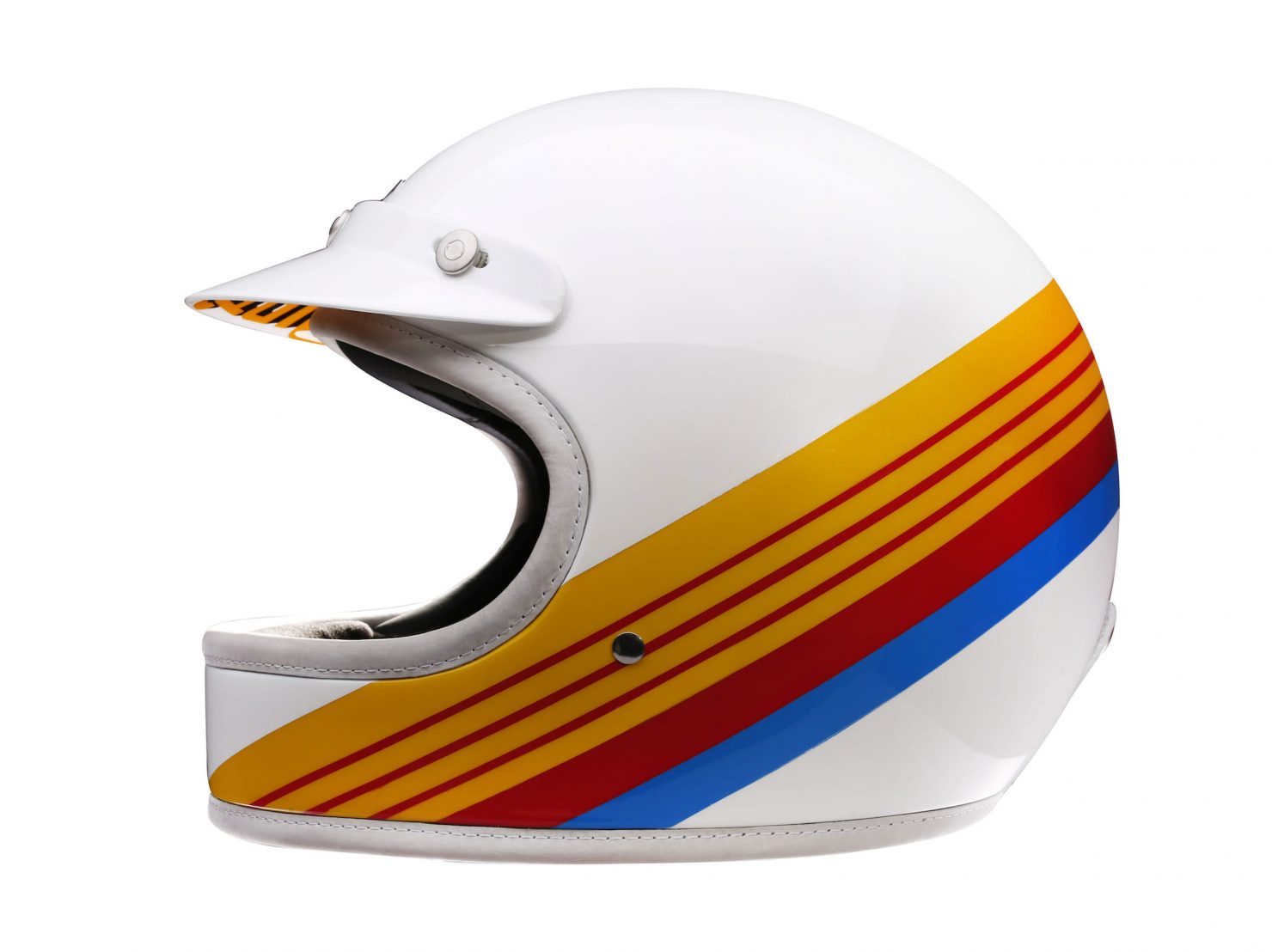 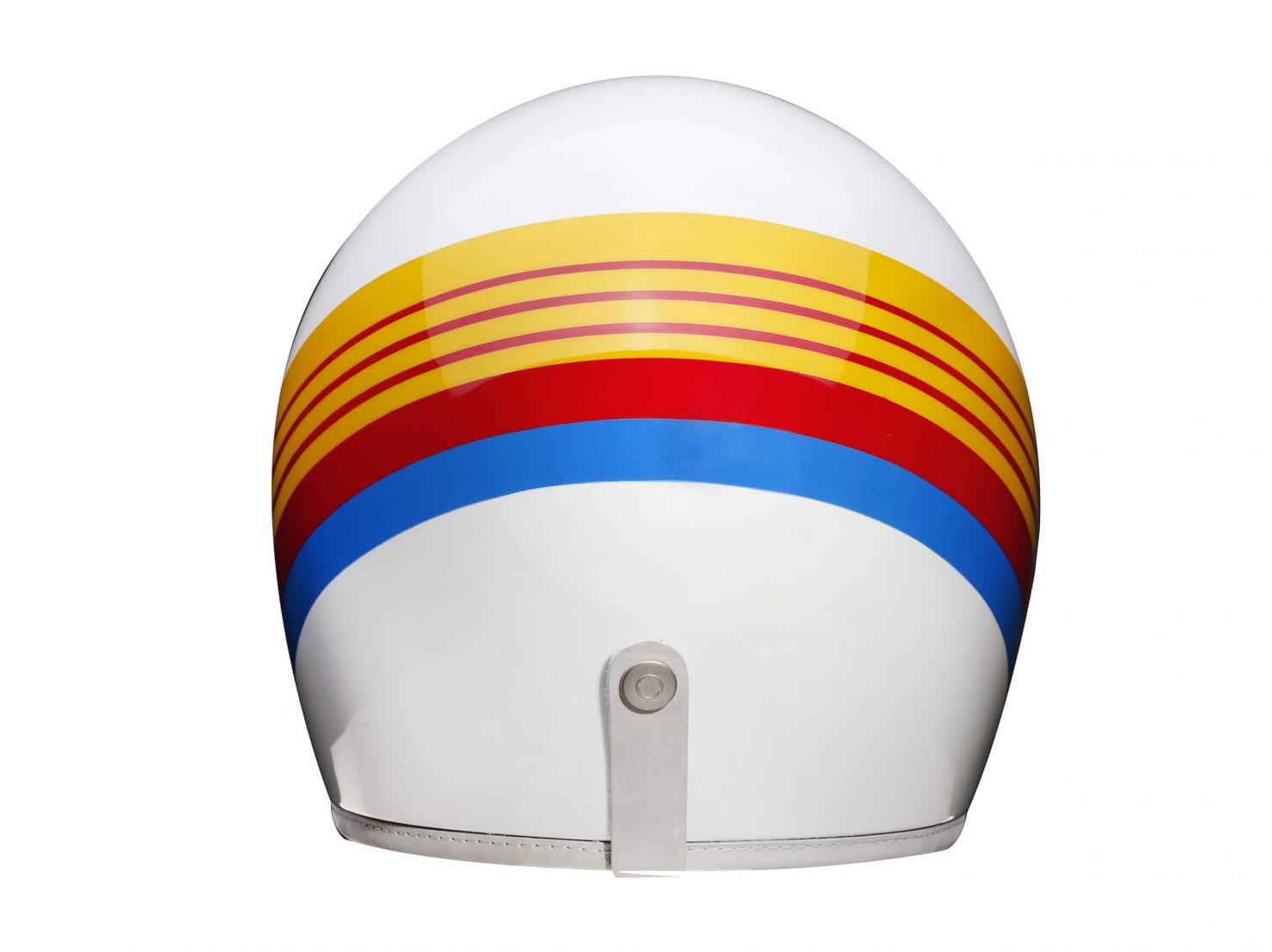 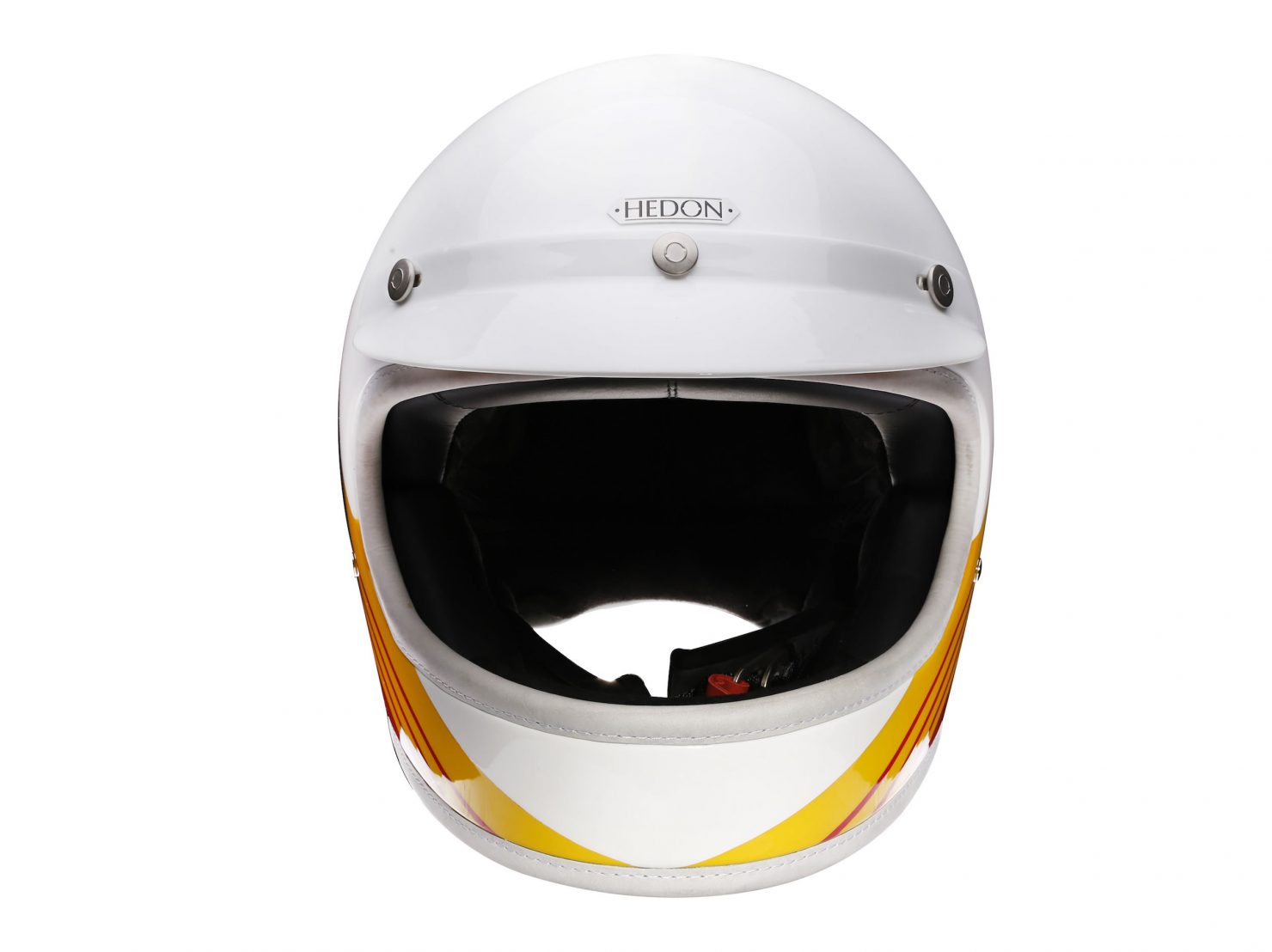 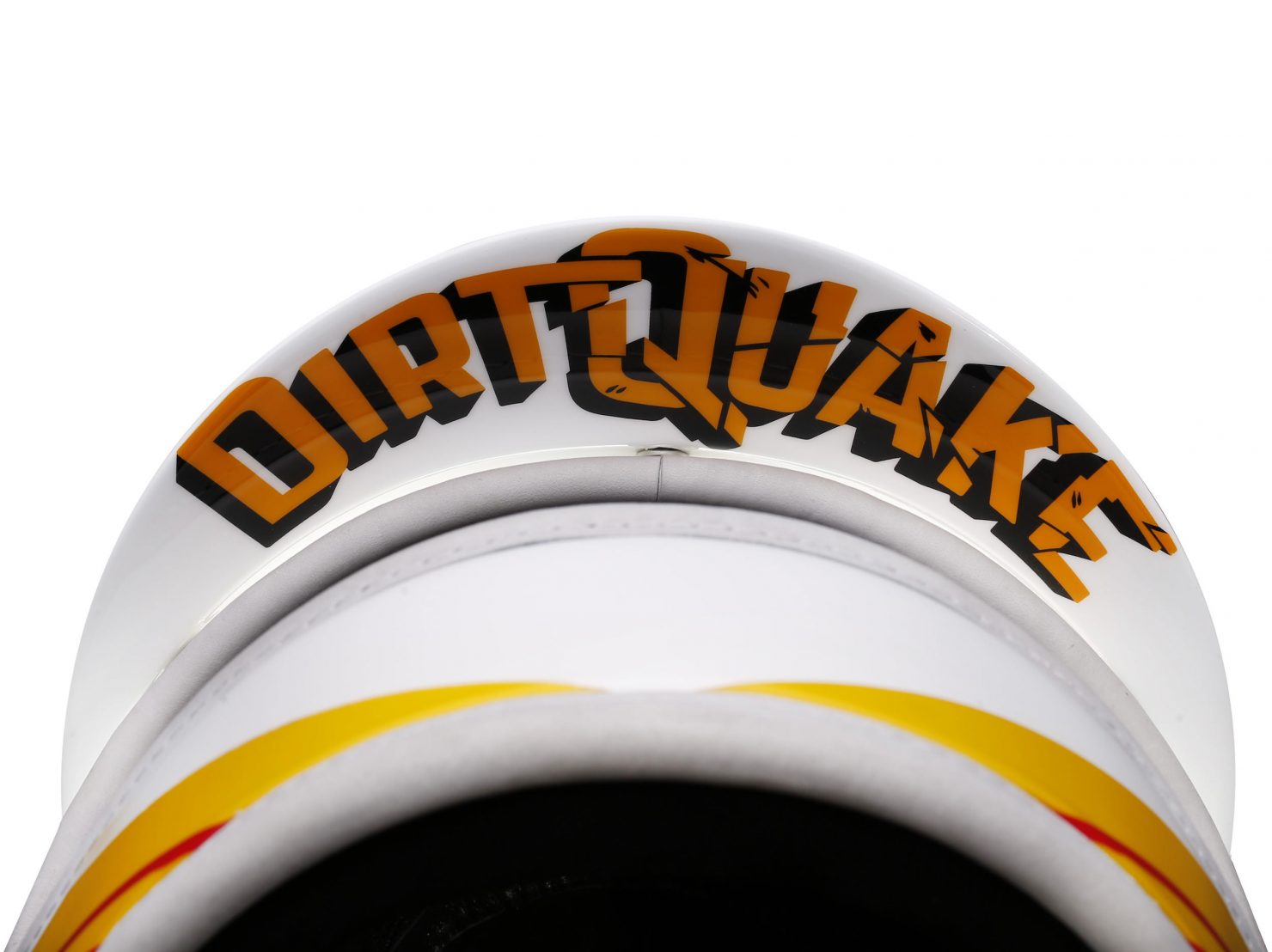