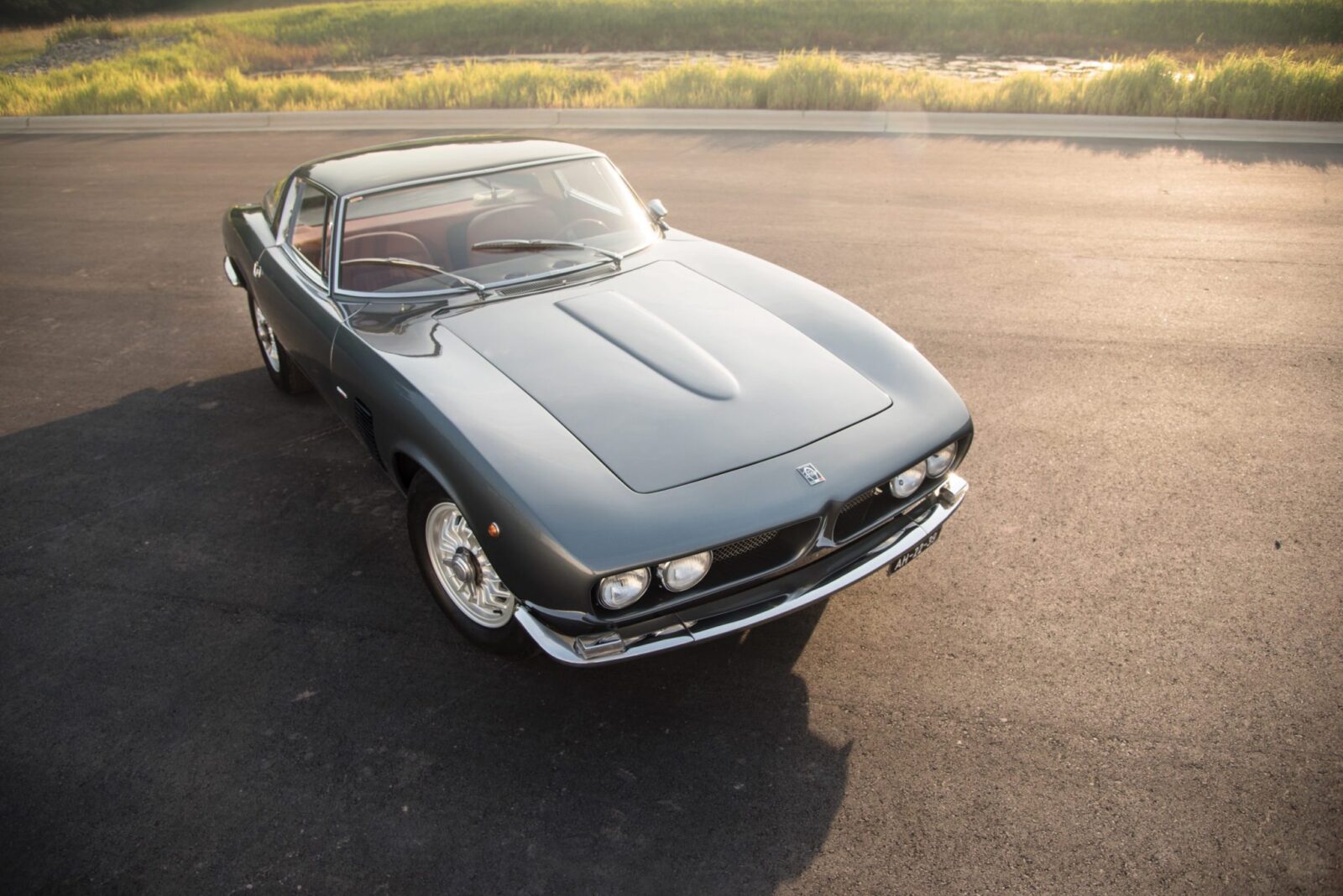 Though the Chevrolet Corvette is a thoroughly American car, it was always intended as an answer to the sports cars being built on the other side of the Atlantic. Although they were never sold in Europe in large numbers, they were influenced by European sports car design, and as the years progressed that influenced moved in both directions.

Although the V8 used in the Corvette was relatively simple, it was exceptionally reliable. It also didn’t require the expensive and frequent servicing of its Italian counterparts. This made the Corvette drivetrain a popular choice for low volume European automakers who didn’t have the resources to design and build their own engines – Automakers like Iso Autoveicoli S.p.A.

A BRIEF HISTORY OF THE ISO GRIFO

The Iso Grifo was developed by a dream team of Italians in the 1960s, the body design was penned by Giorgetto Giugiaro, the engineering was done by Giotto Bizzarrini, and the whole thing was overseen by Iso chief executive Renzo Rivolta.

Bizzarrini is famous for his development work on the Ferrari 250 GTO – now the most expensive car in history. Giugiaro is known as one of the most prolific automotive designers of the 20th century, and he would design a staggering number of iconic cars including the DeLorean DMC-12, the original VW Golf, and a personal favorite – the BMW M1. 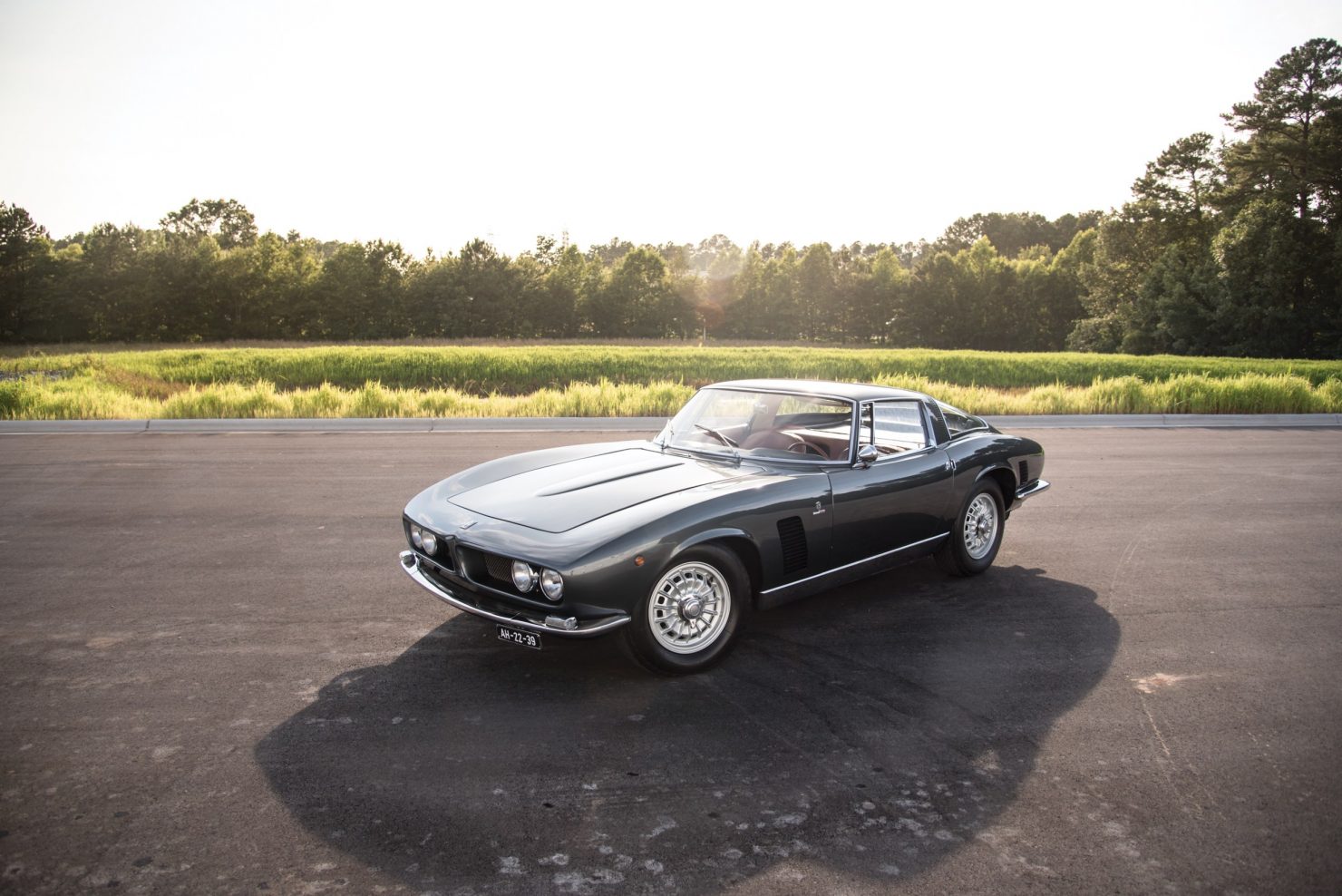 Renzo Rivolta brought Bizzarrini onboard to develop a new model for Iso, using his experience building high performance Ferraris. Giugiaro was a natural choice for the designer, he’d already penned the Iso Rivolta IR 300, and using the same designer is often a good way of keeping some familial similarity between models.

Iso was a low-volume manufacturer, so rather than develop their own engines they opted to use American V8s. This significantly reduced costs for the company and it offered them a range of engines to choose from with excellent reliability and broad spare parts availability.

The final iteration of the Iso Grifo would be the IR8 of 1972, with similar styling to the original Series II cars but with the addition of the small-block Ford Boss 351 cubic inch (5.8 liter) V8 and the option of either a manual transmission or a 3-speed automatic. The most powerful of all the Iso Grifos was the Can Am sold from 1970 till 1972, with a 390 bhp 7.0 liter Ford V8 fitted under the raised “penthouse” bonnet. 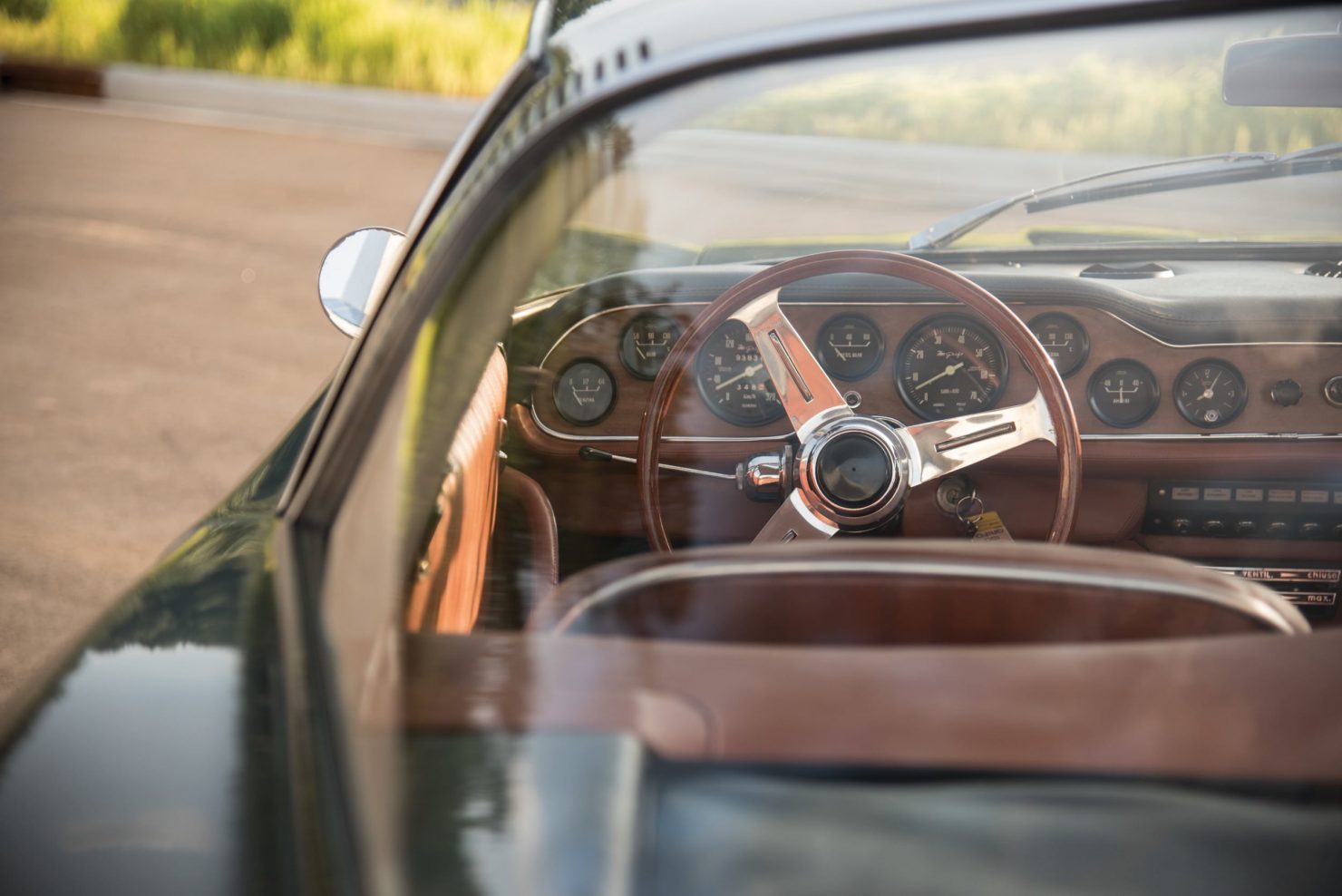 The Iso Grifo would be produced for a final two years before Iso went bankrupt in 1974, there were a number of reasons for this, one of which was the 1973 Oil Crisis which led to a significant downturn in interest for large-engined sports cars.

Over the course of production 413 Iso Grifos were built and they’re now very popular with enthusiasts and collectors. There have been a small number of more modern concept cars from current intellectual property owners of Iso, the most recent being the Iso Grifo 96 of 1996.

The 1966 Grifo you see here is titled as a 1967, likely caused by it not being road registered until the year after production.

1966 was just the second year of production for the Grifo, the Series I cars were powered by the desirable Corvette small block 327 cubic inch (5.4 liter) V8 coupled to a bulletproof Borg-Warner 4-speed manual transmission.

When you remember that the body was designed by Giugiaro and the chassis design was taken care of by Bizzarrini – the father of the Ferrari 250 GTO (examples of which are now worth in excess of $38,000,000 USD), the values of Iso Grifos seem like a great deal – typically selling for less than 0.5% of the cost of a 250 GTO. 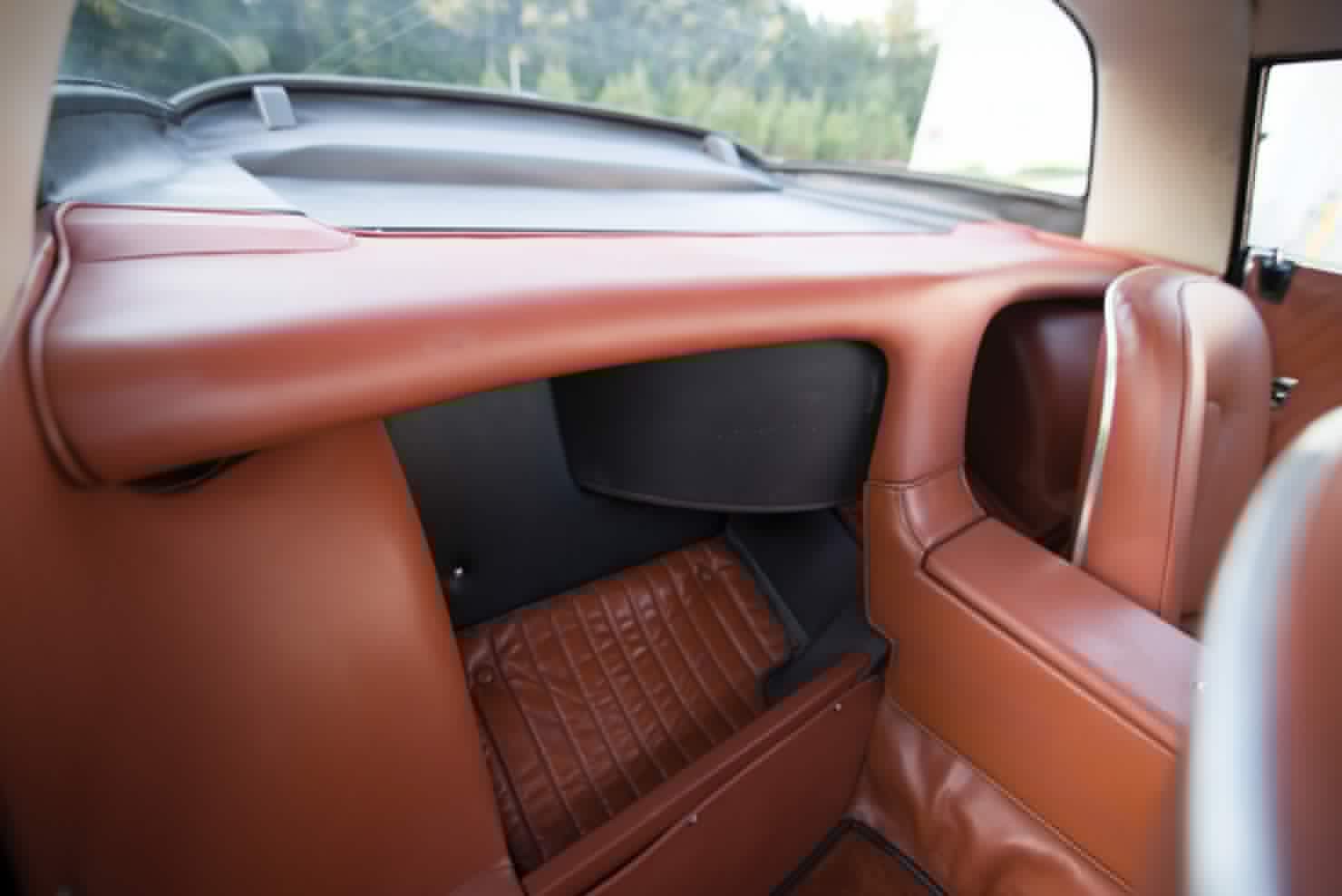 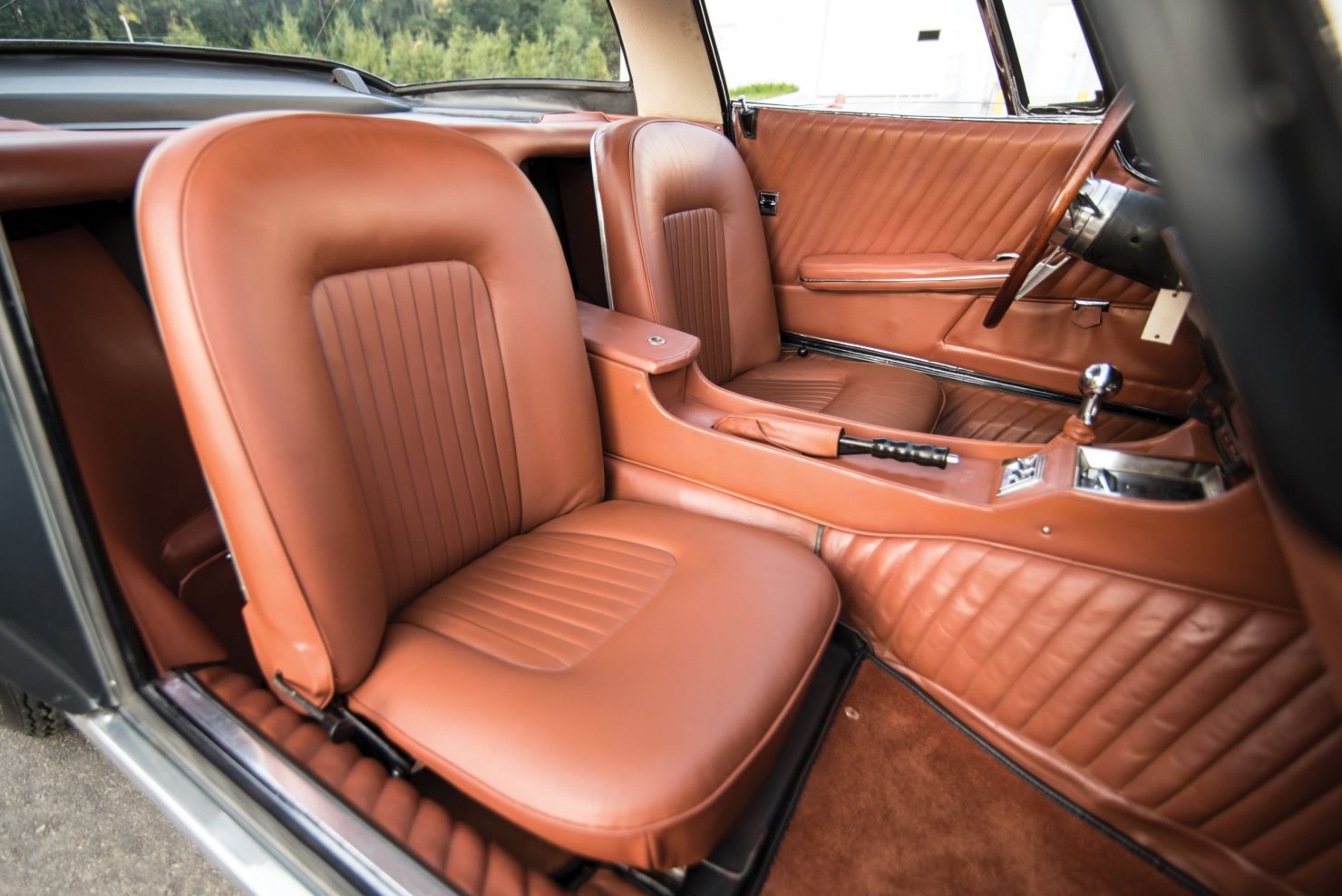 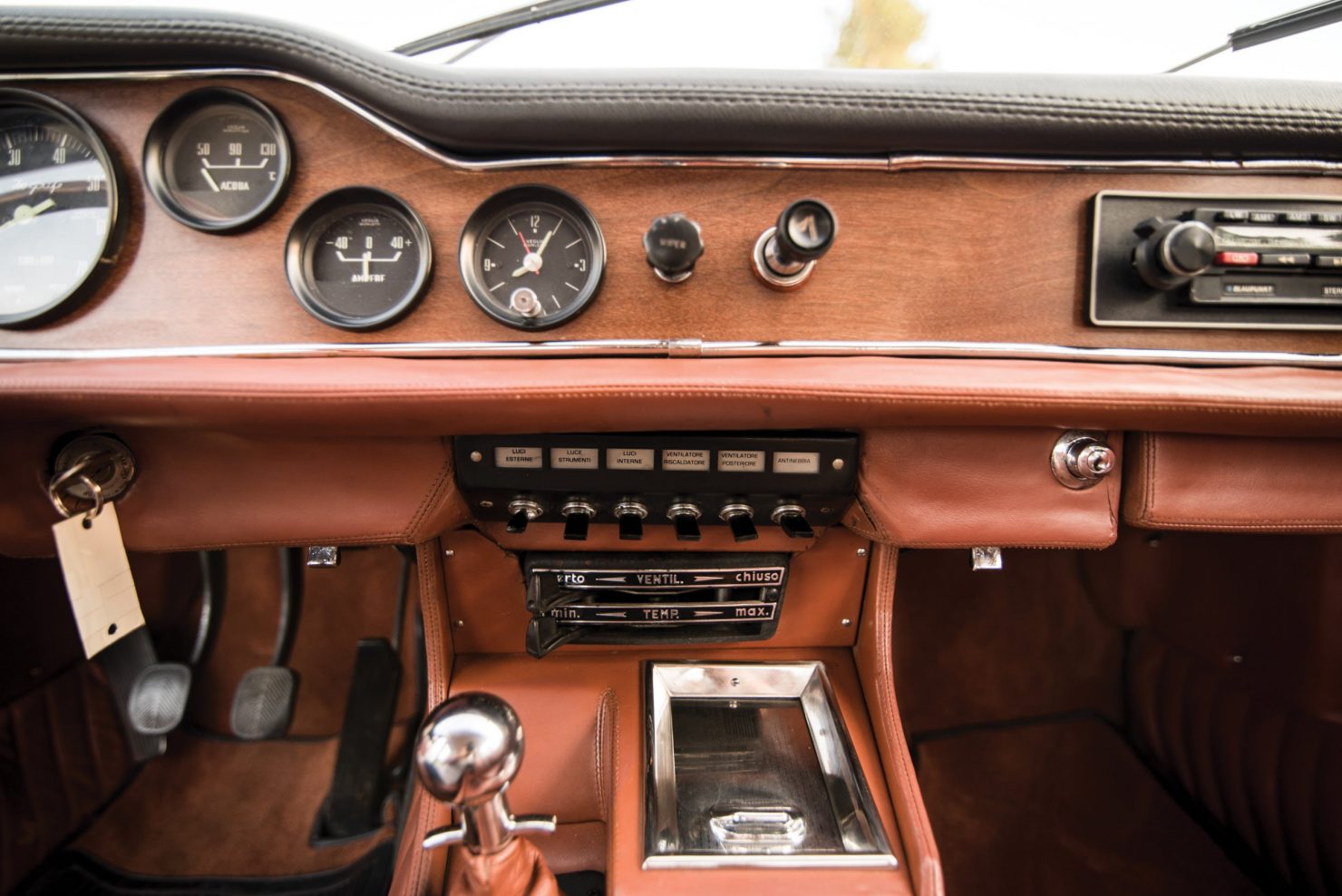 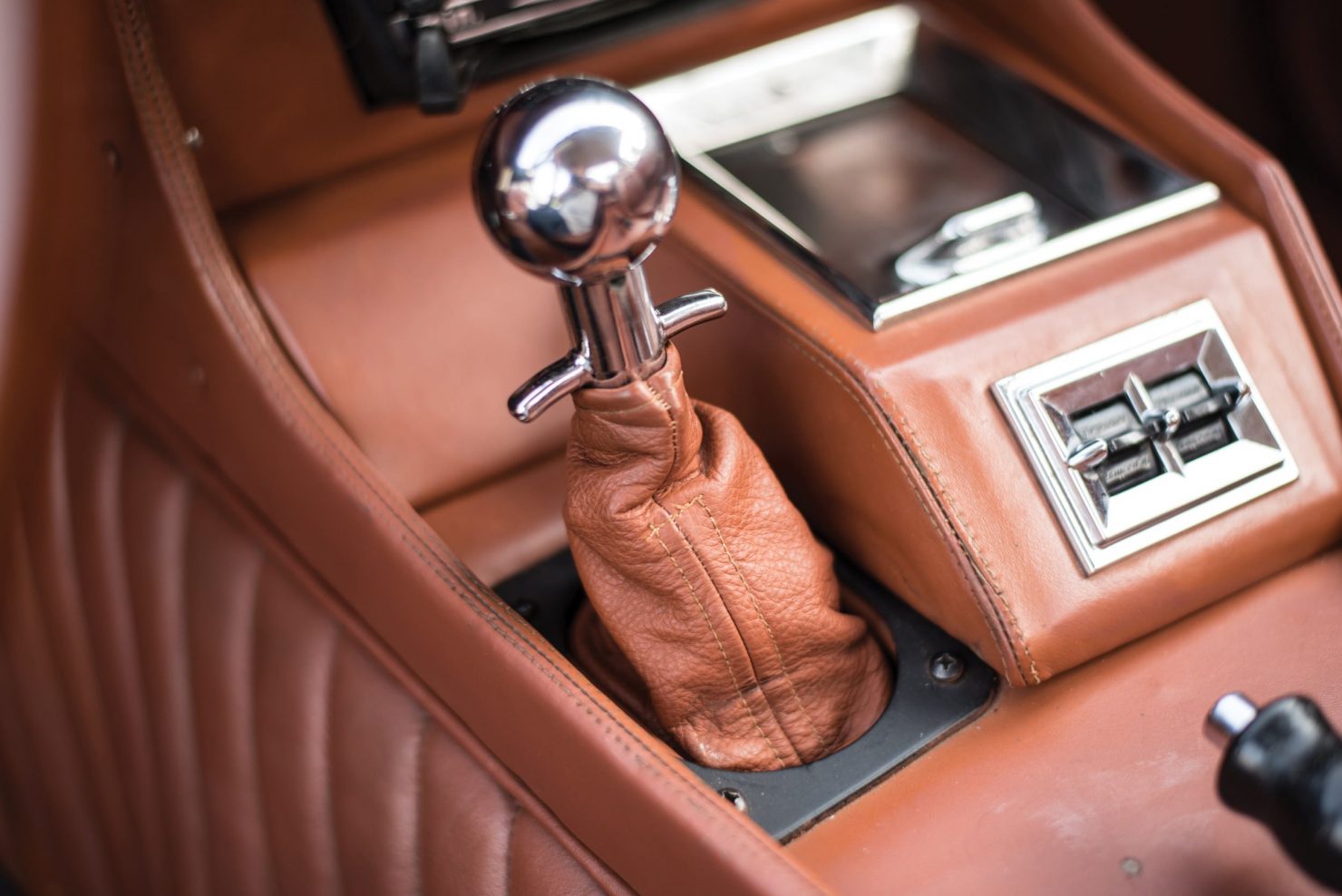 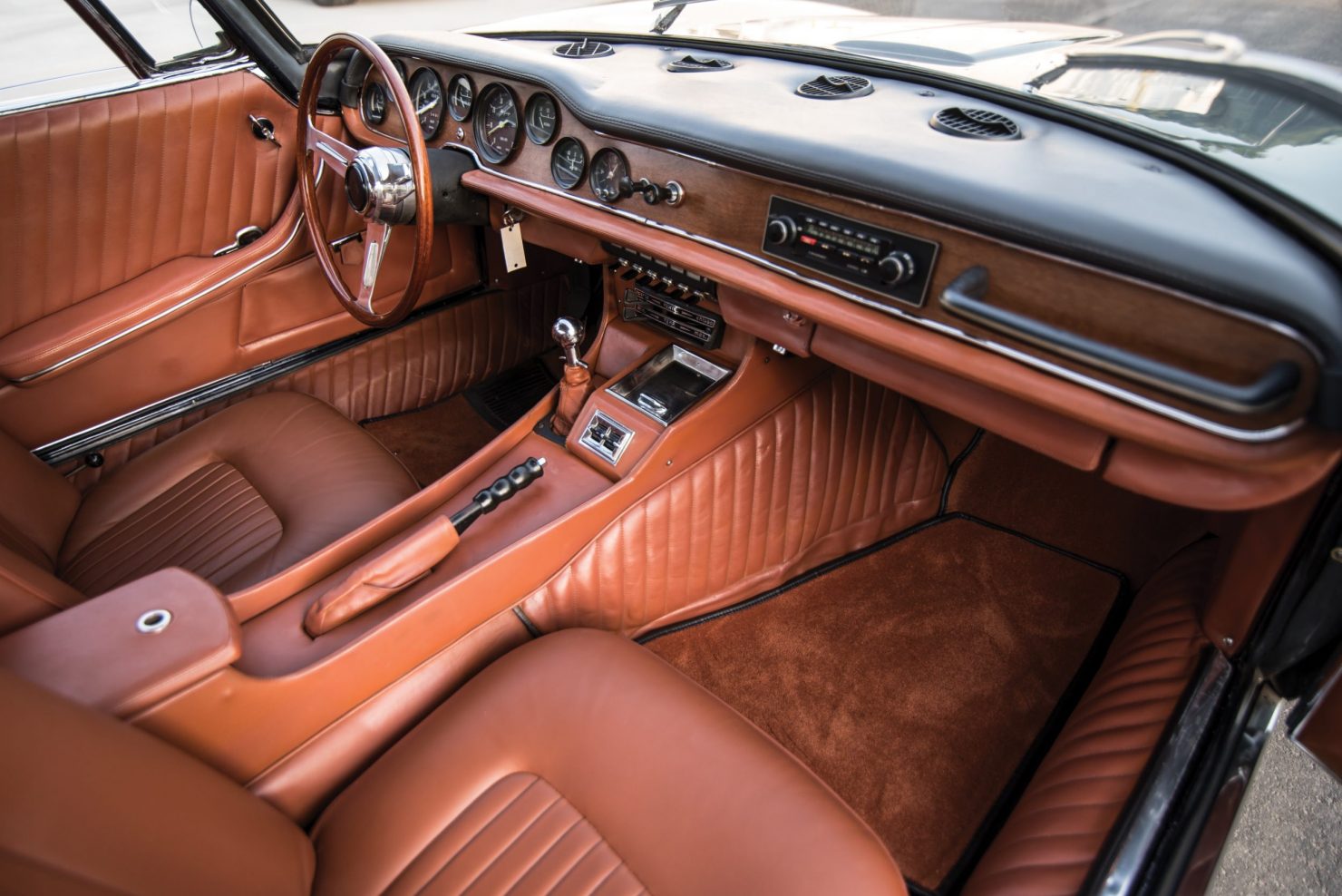 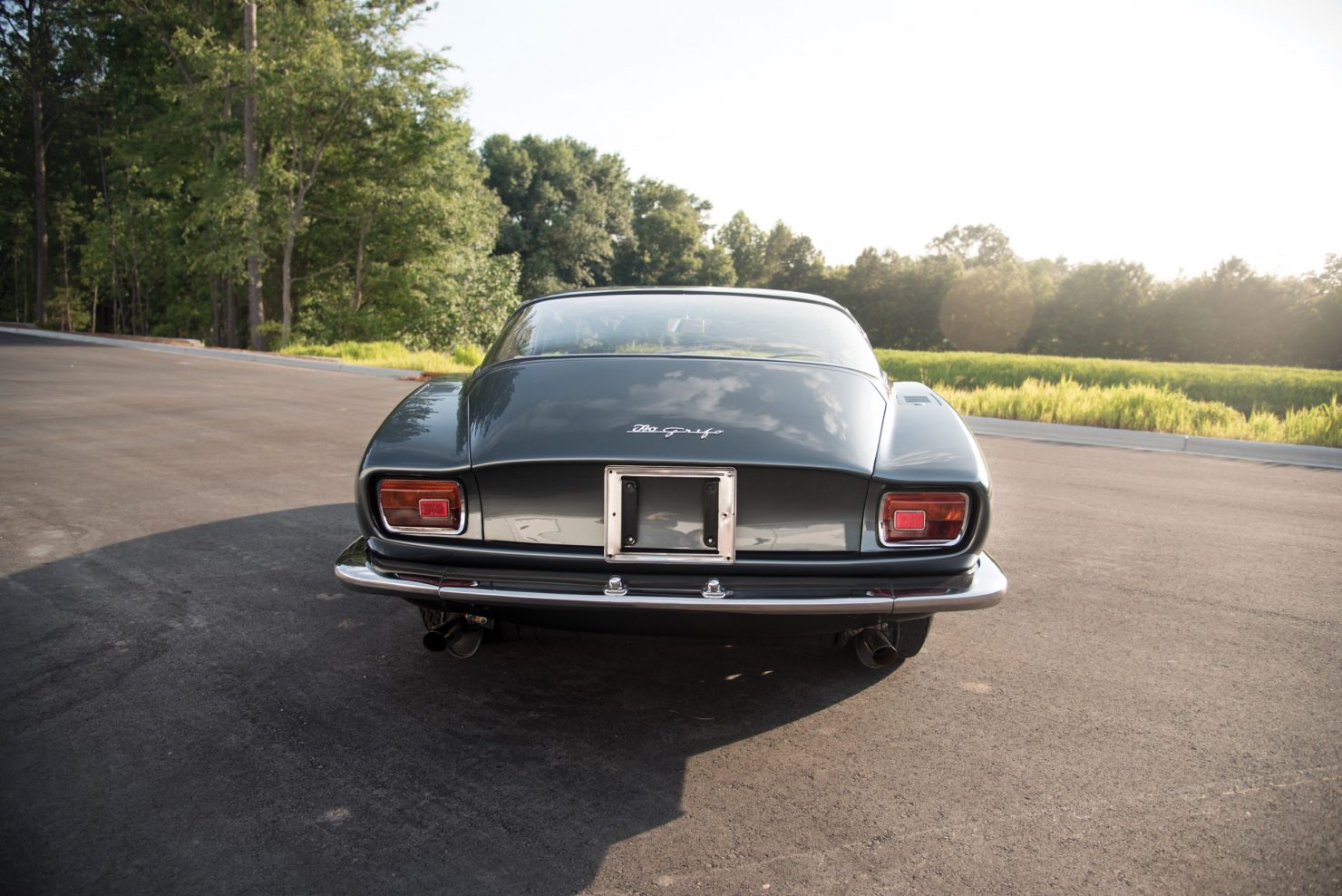 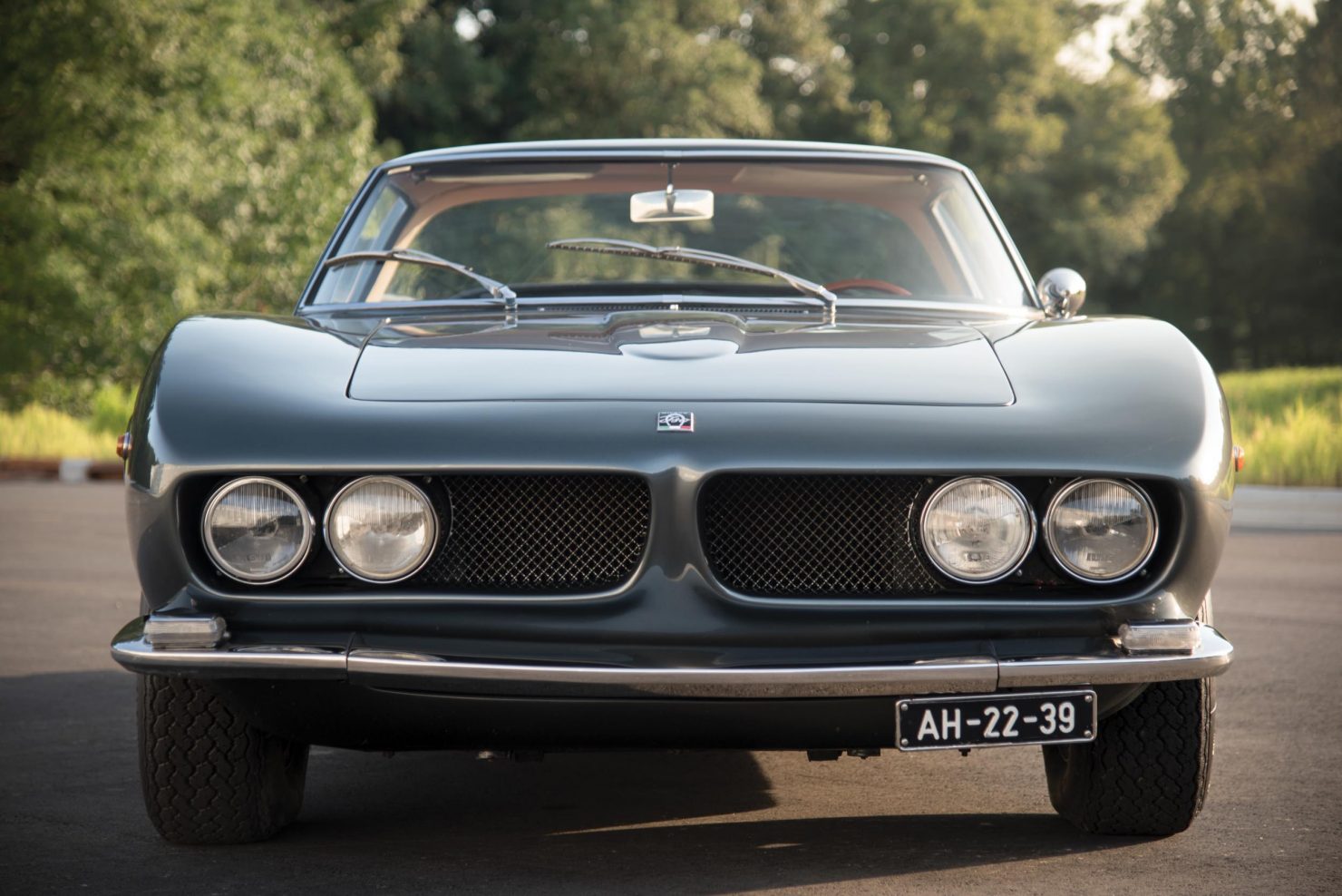 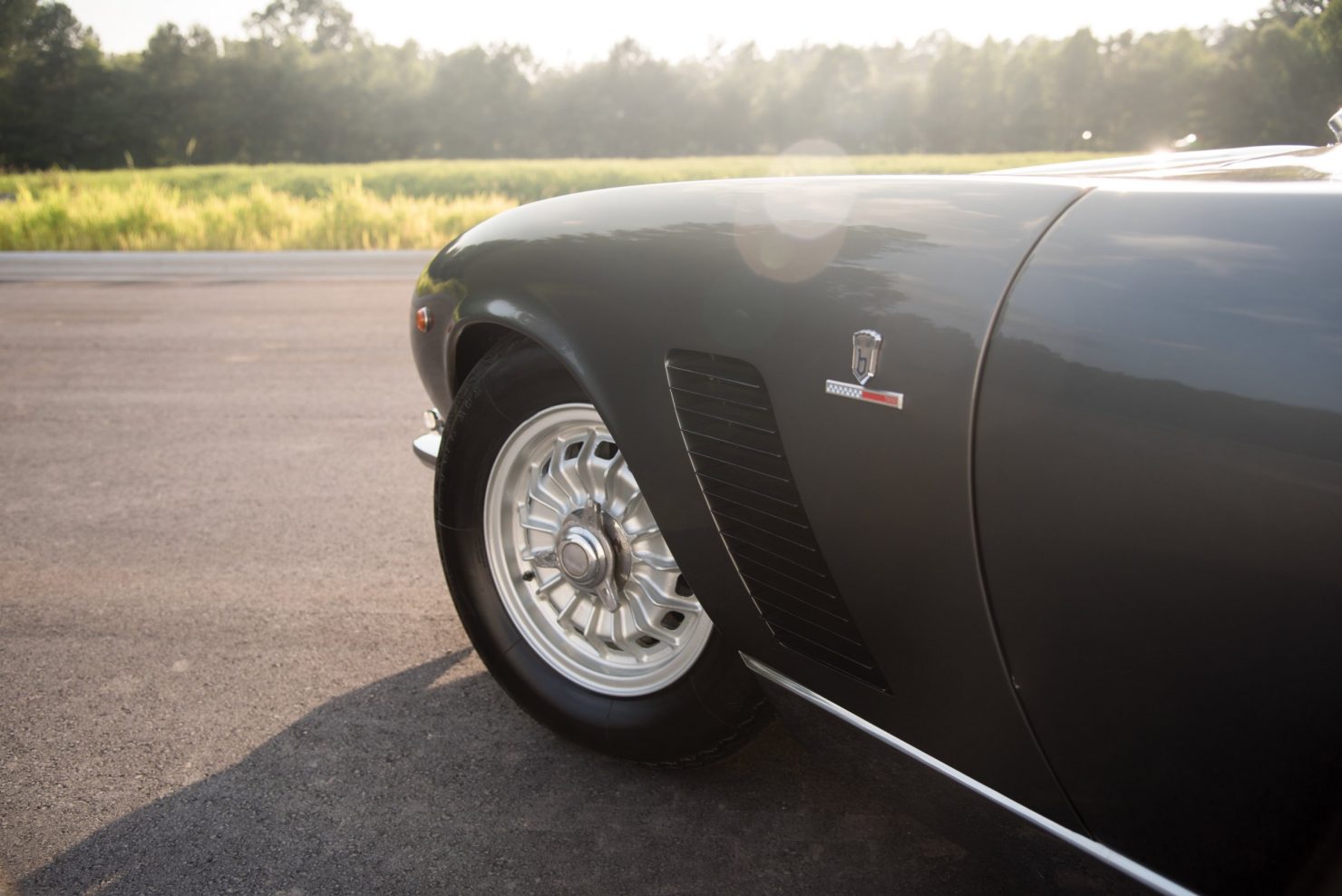 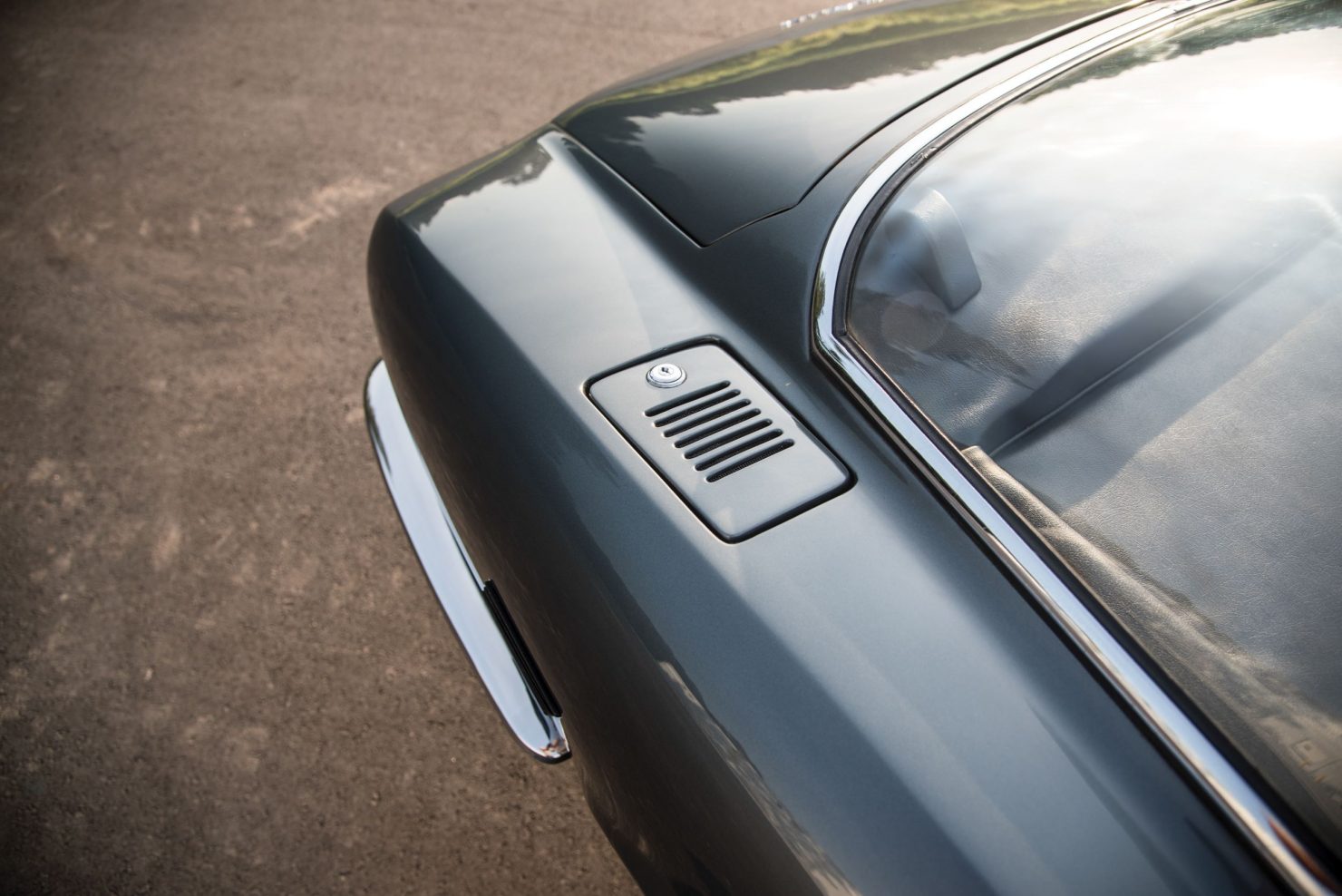 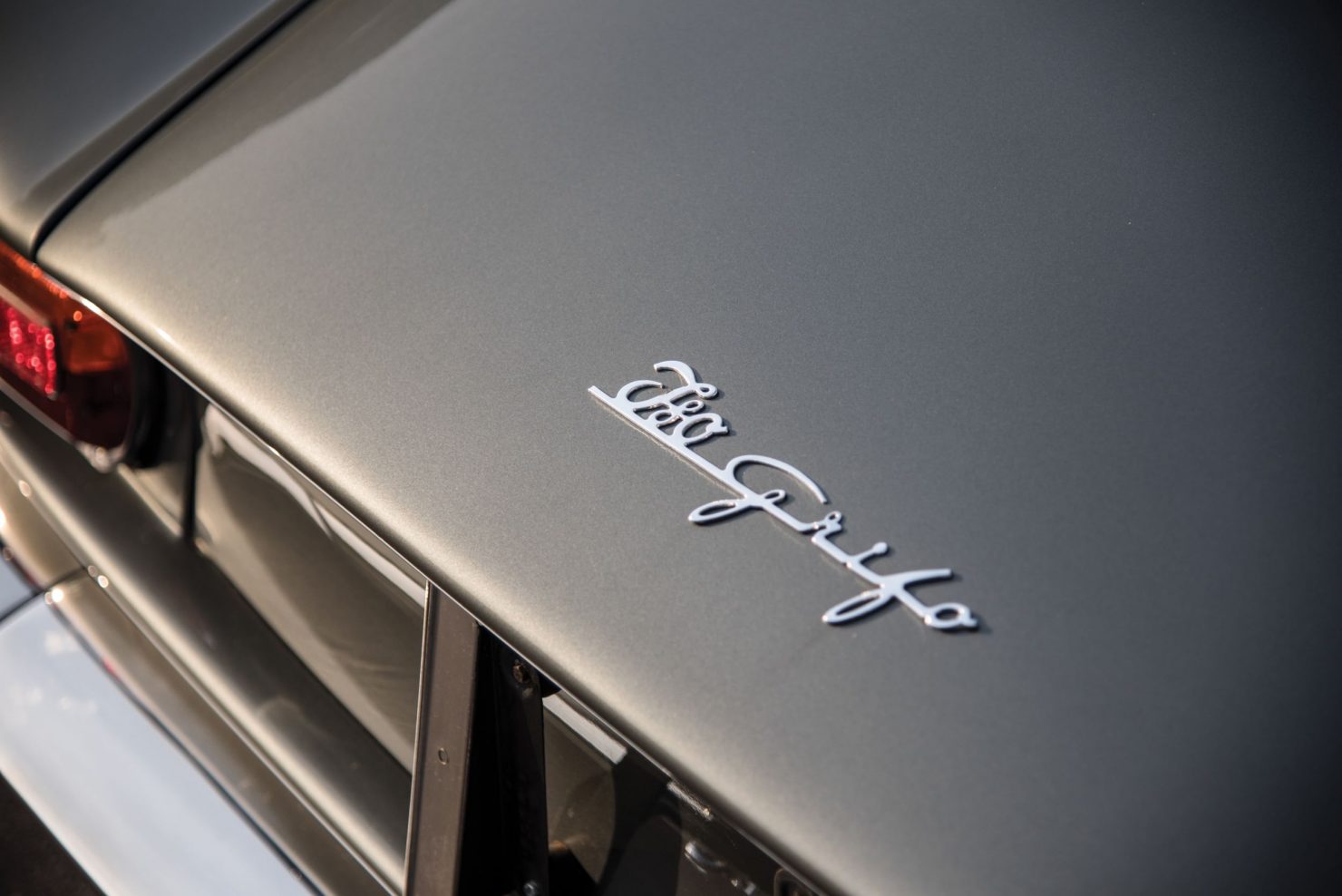 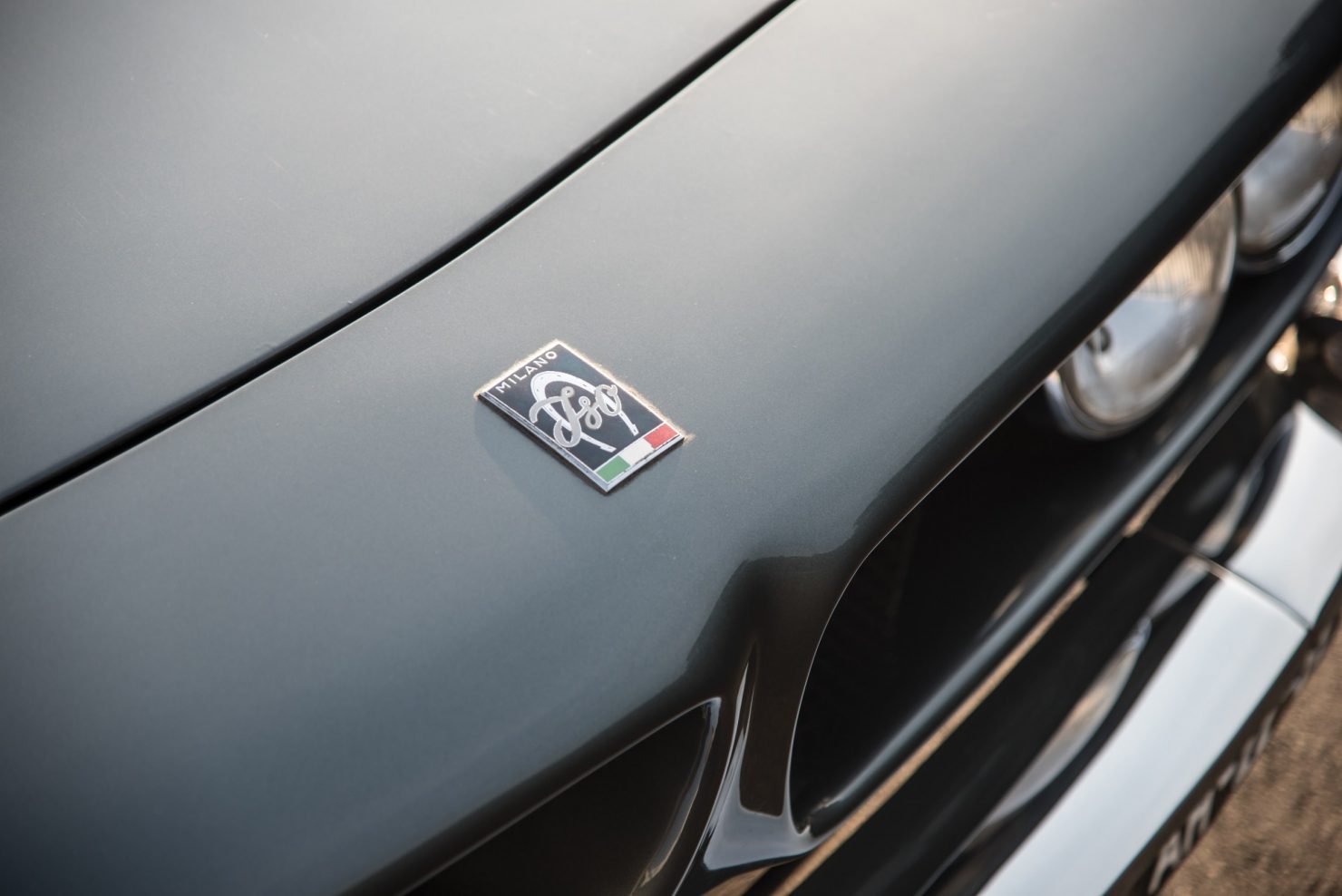 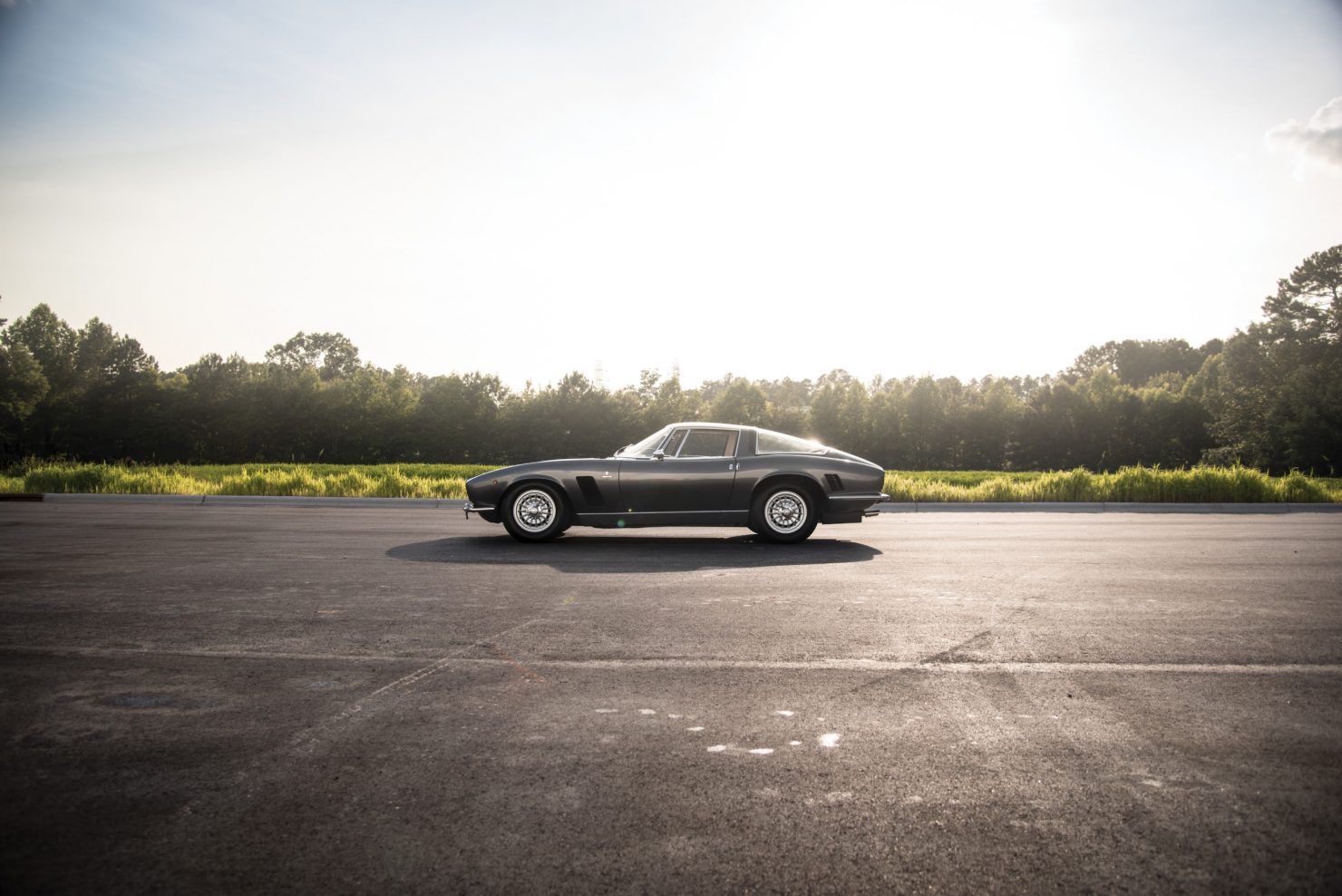 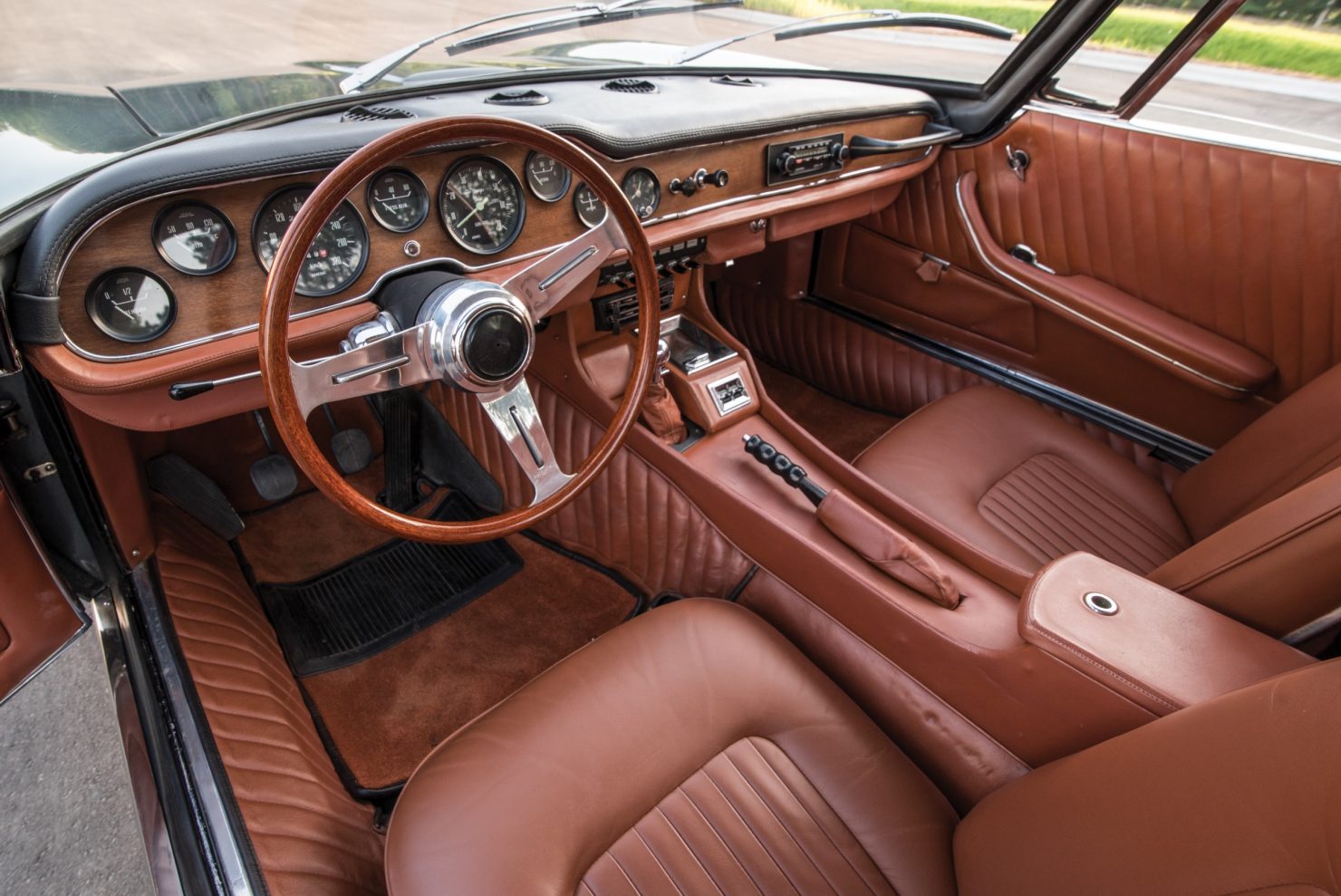 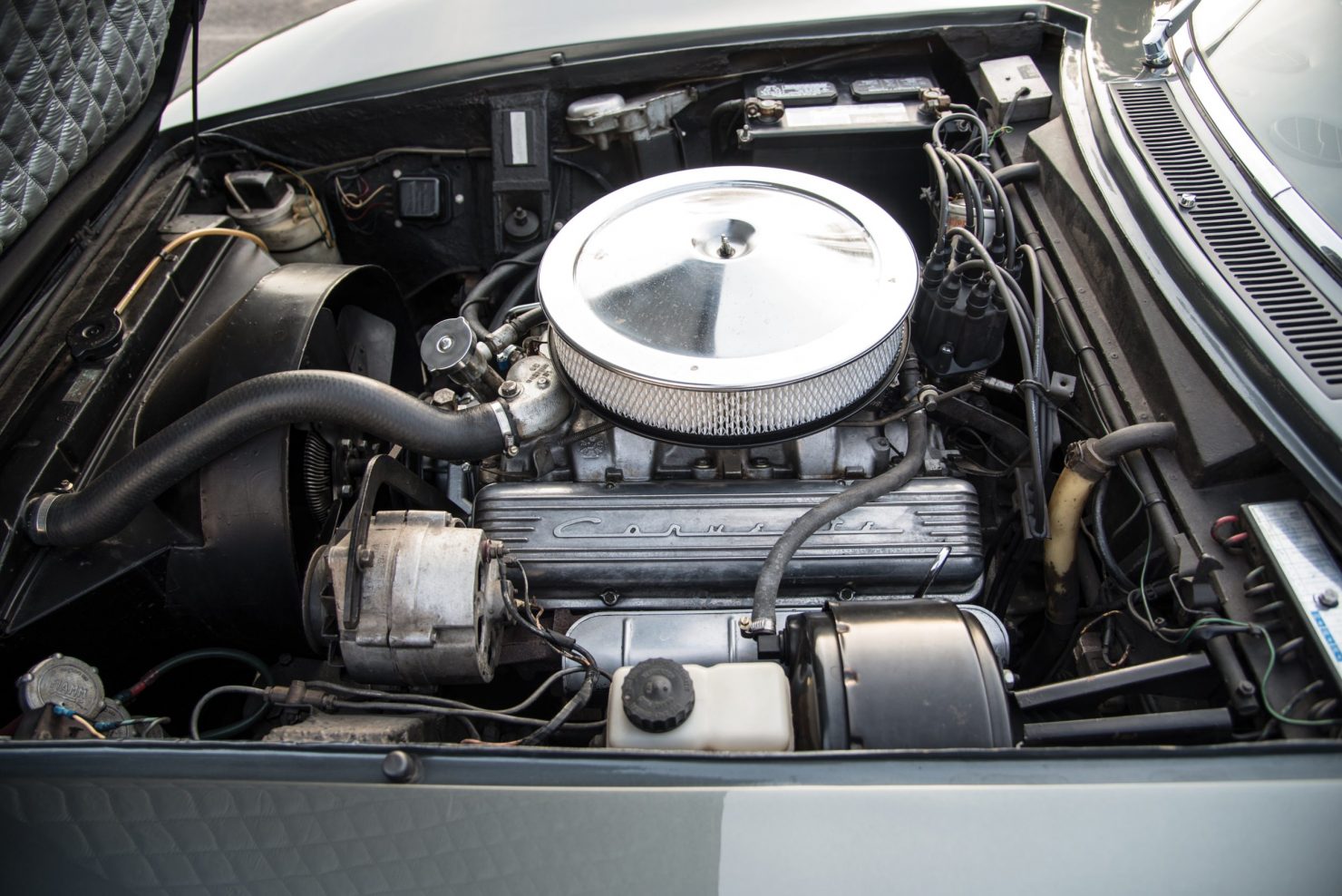 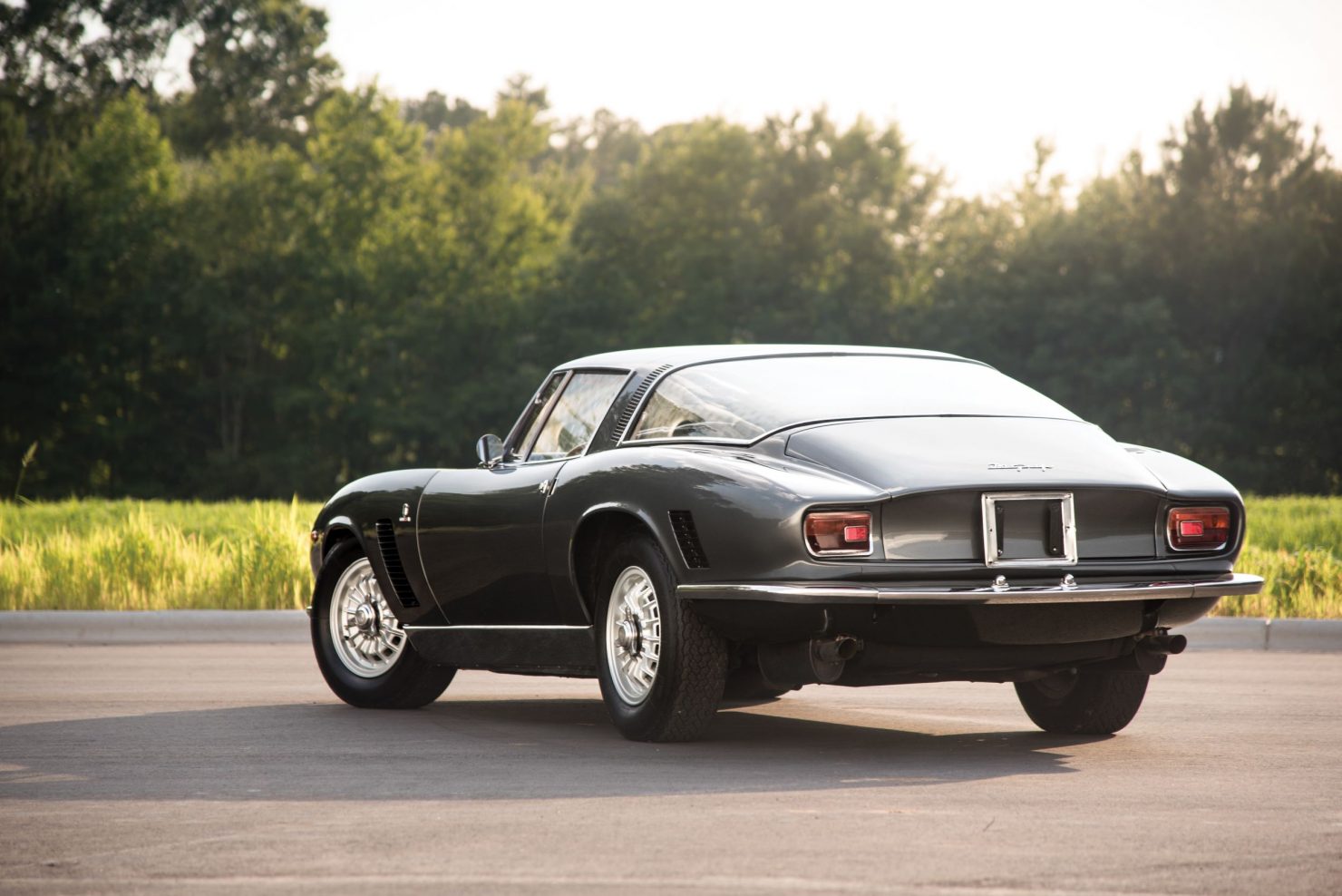 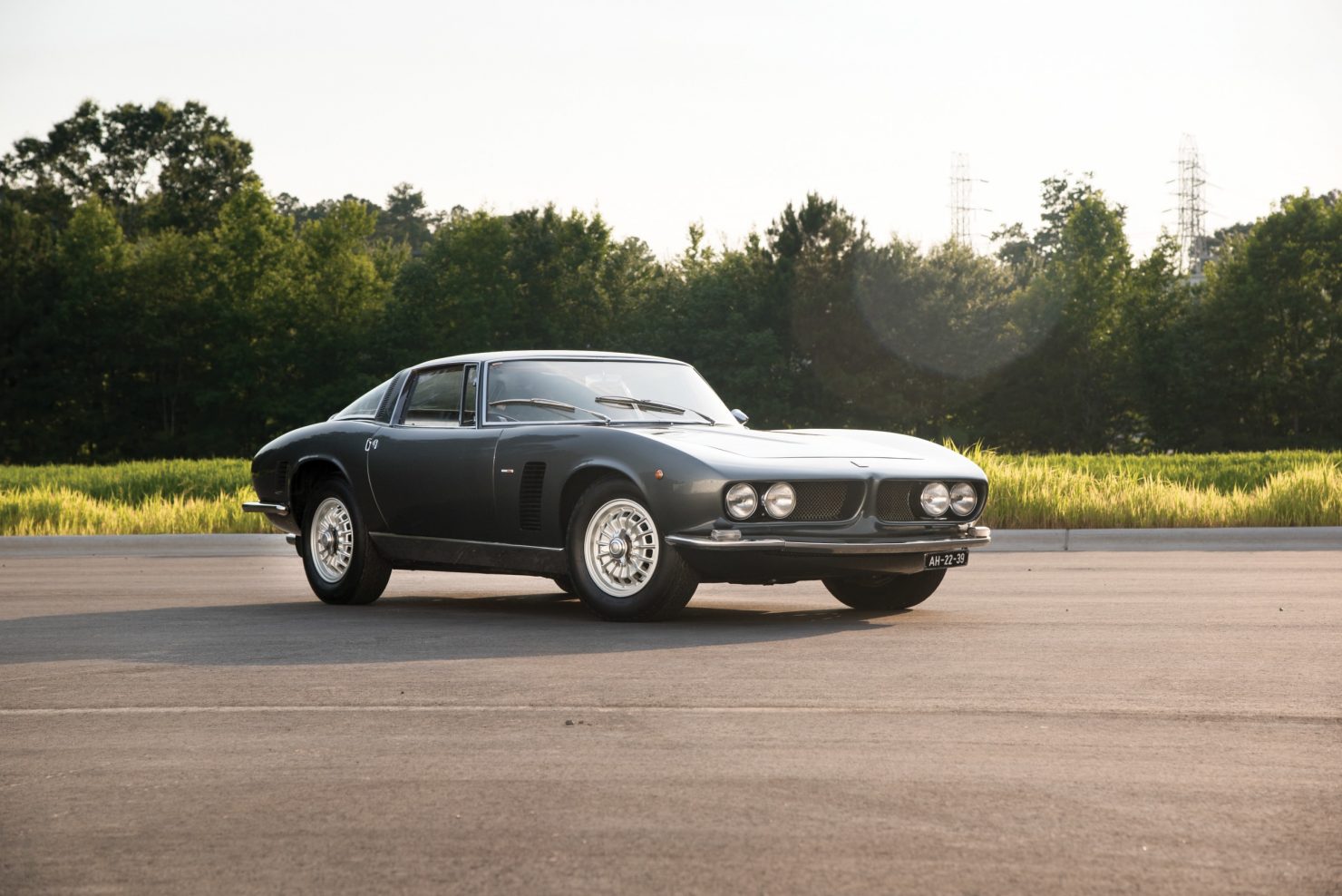 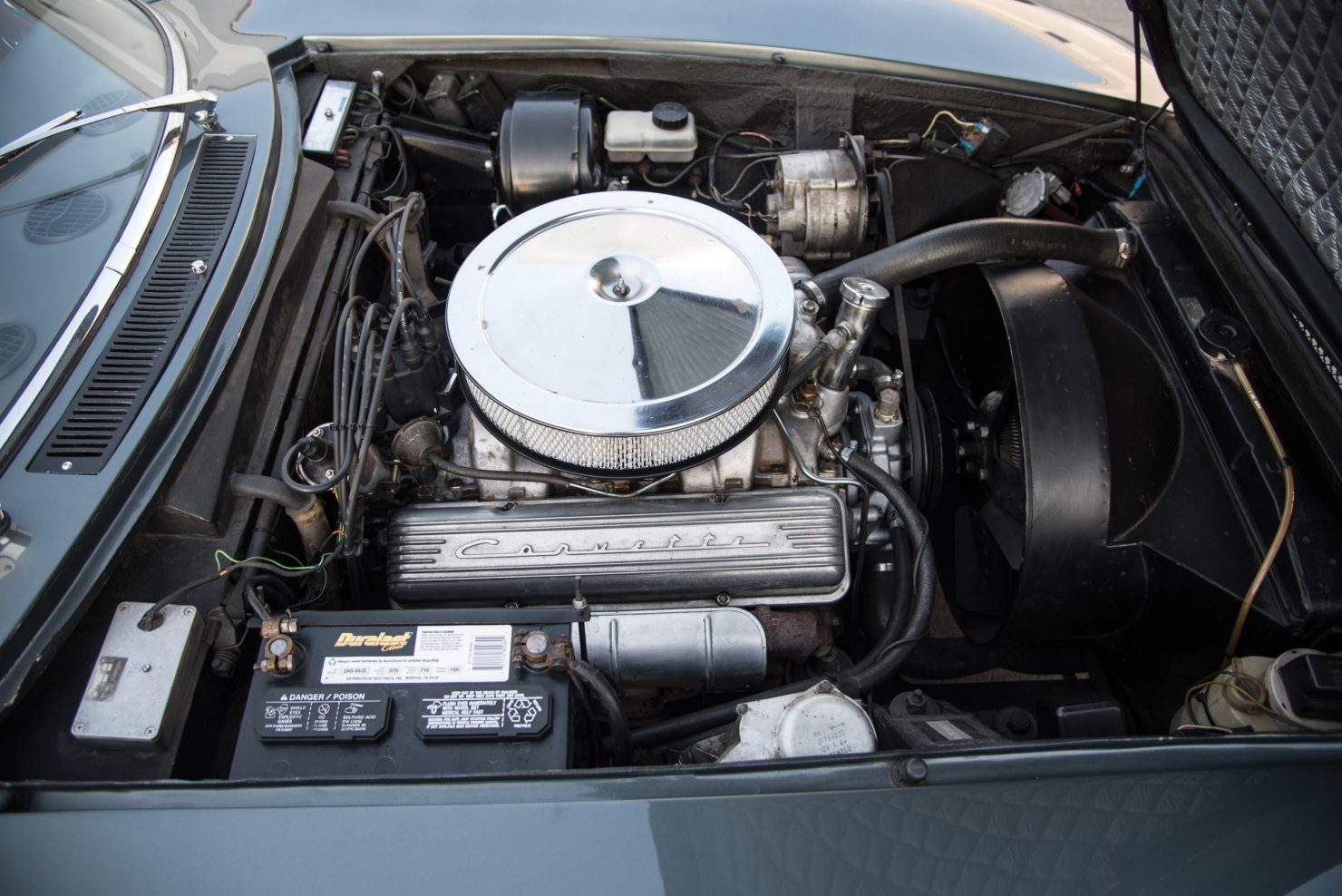 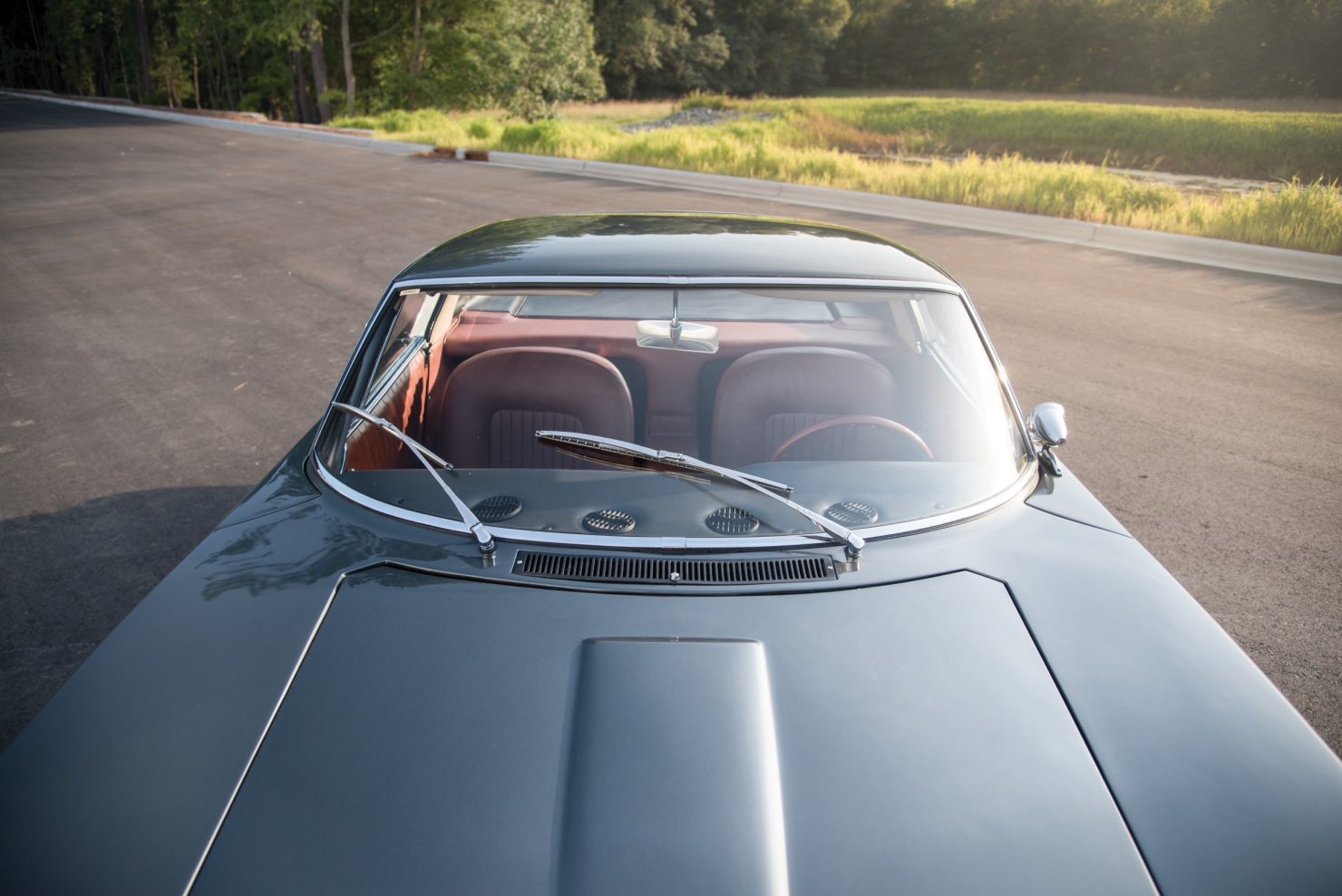 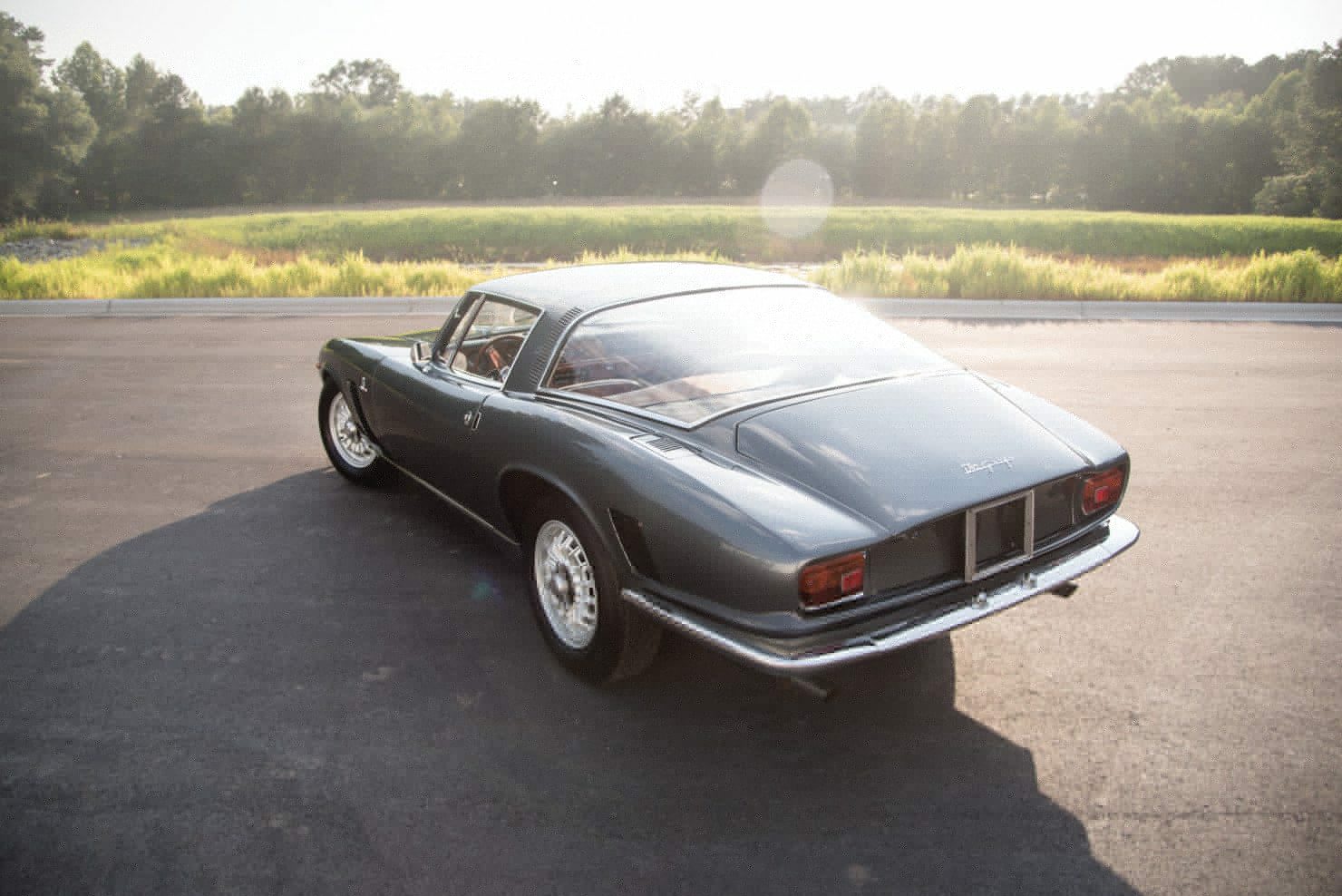 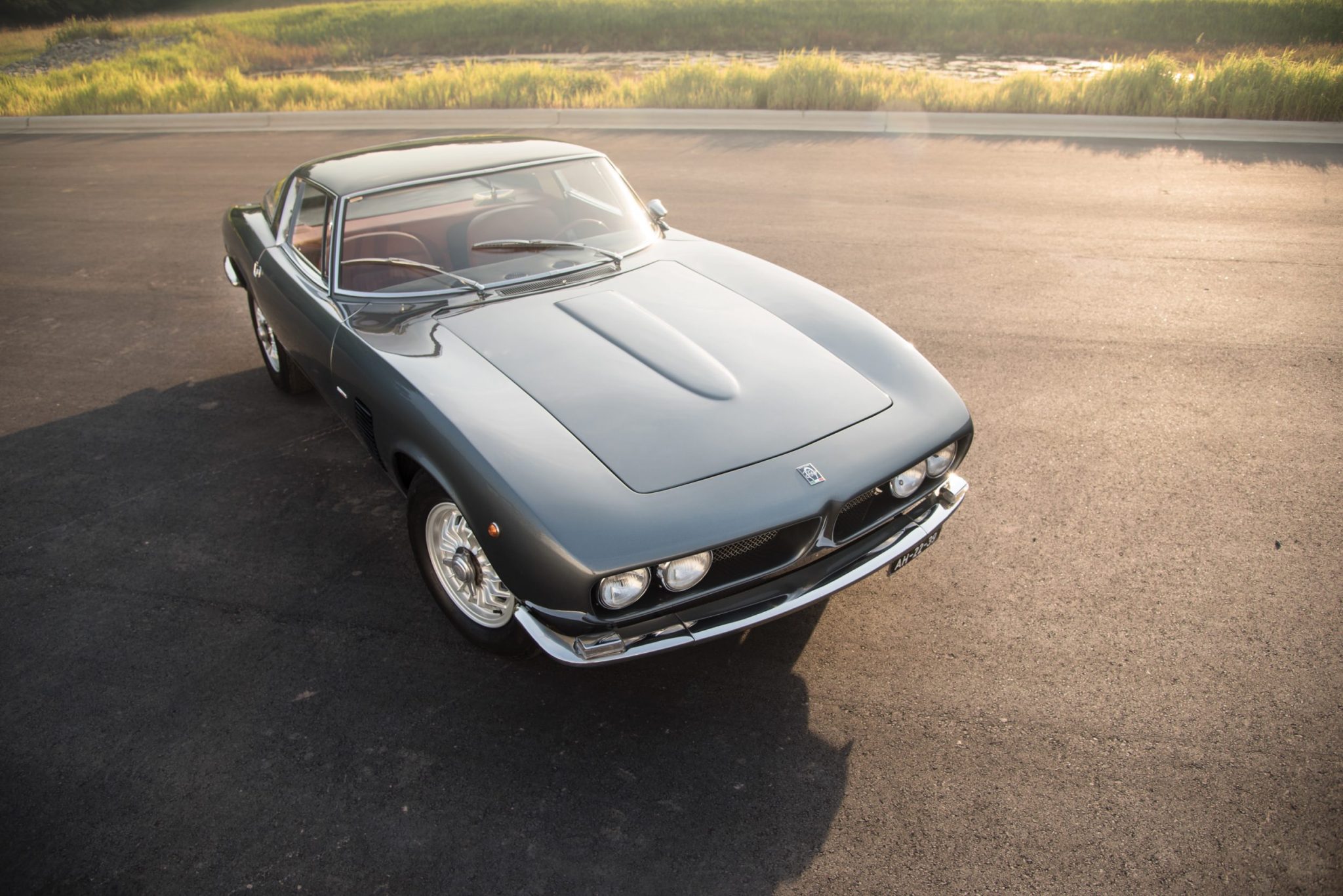