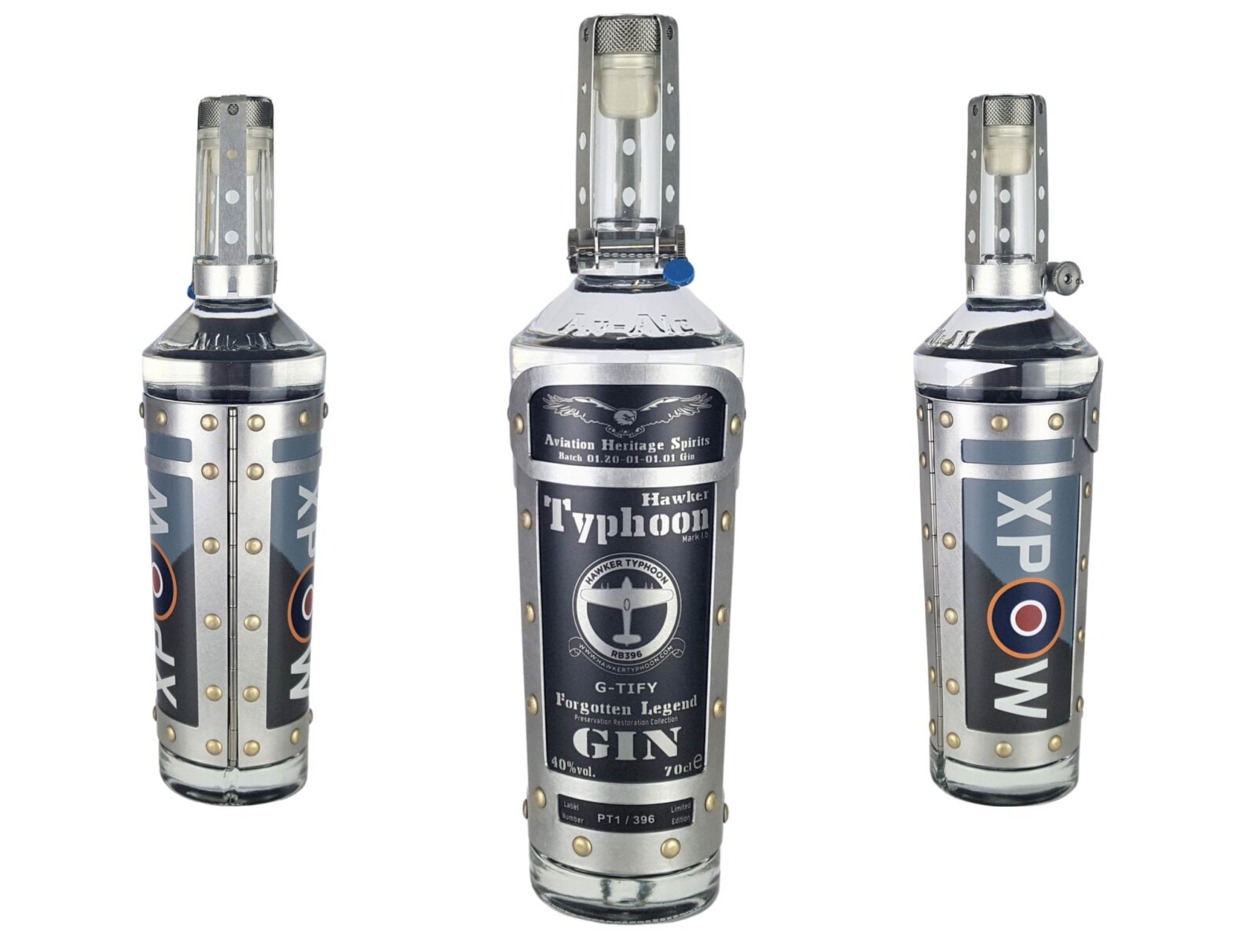 This is one of the spirits on offer from Aviation Heritage Spirits in Britain, it’s a gin is being sold to support the Hawker Typhoon Preservation Group, a not for profit that is rebuilding a Hawker Typhoon Mk Ib to full airworthy status. Once it’s back in the air it’ll be the only flying example in the world.

The team at Aviation Heritage Spirits are supporting a number of similar projects to the Hawker Typhoon Preservation Group, each project gets their own spirit and their own bottle design. When you finish it you can send it back in for a refill – each refill results in your bottle receiving a “V” for victory appended to the label in the same way that fighter aces added a flag for each enemy aircraft downed.

Aviation Heritage Spirits call their spirits “Av-Alc,” a reference to the Av-Gas used in piston aircraft and the Av-Tur used in turbine aircraft. The reasoning behind this was that pilots needed their own fuel, which makes sense based on how much Av-Alc you’ve consumed.

Each bottle is made of glass which is wrapped in aircraft aluminum riveted together with actual aircraft rivets. It features several pieces of additional hardware including a wire lock security seal and the bottle stopper incorporates a knurled M29 connector nut.

London dry gin was first distilled in 19th century London, hence the name. Its creation was made possible by the invention of the Coffey still, which meant that high quality alcohol could be distilled efficiently and relatively cheaply. This high quality spirit no longer needed sweetening to disguise the taste and so botanicals like juniper berries took centre stage.

Each bottle of Hawker Typhoon XP-W London Dry Gin costs £49.29 and unfortunately for those of us outside the United Kingdom there’s no international shipping offered as of the moment. If you do live in the UK and you’d like to get yourself a bottle you can click the red button below. 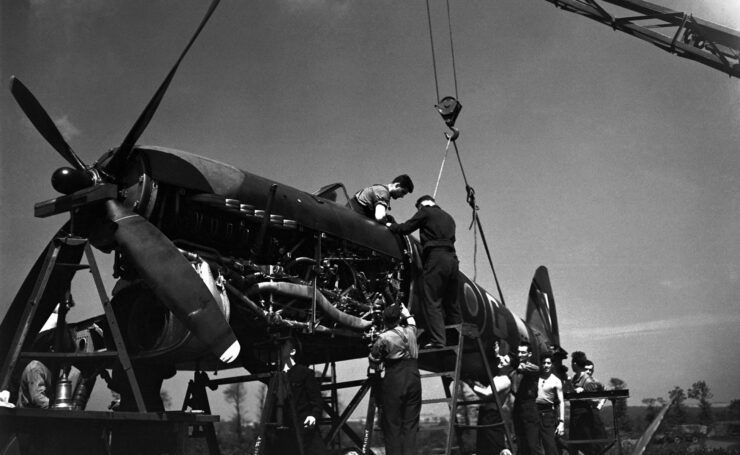