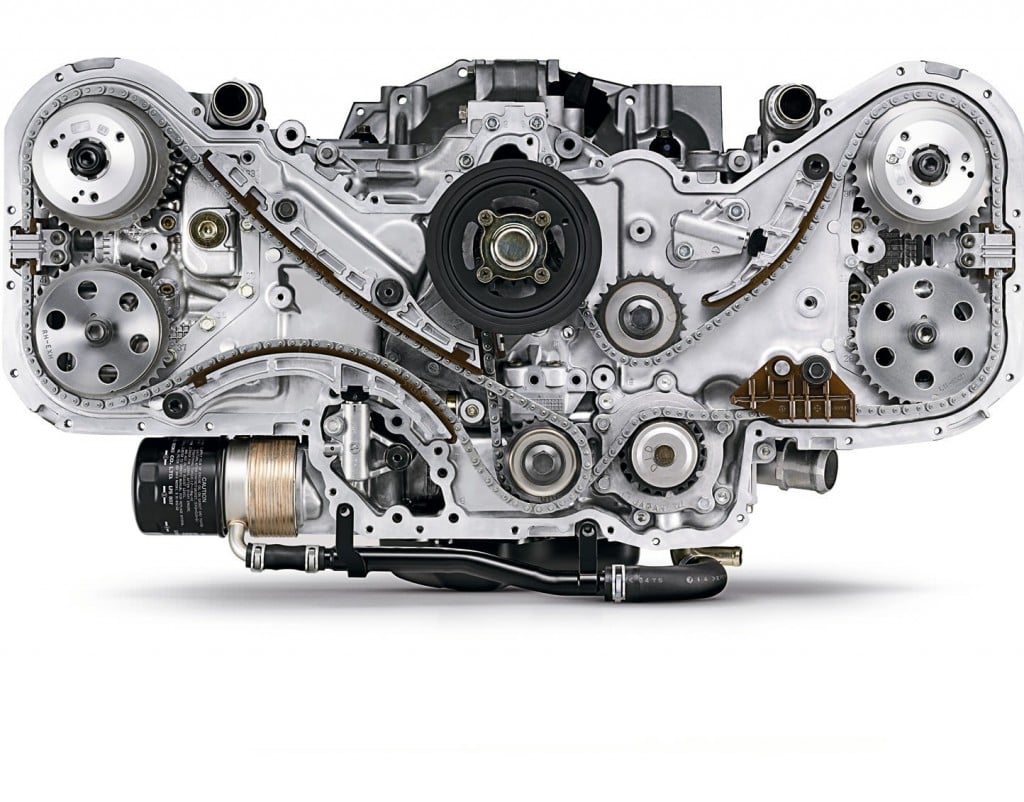 The boxer engine is a remarkable looking mechanical device, this is an H6 unit from a Subaru and there’s just something mesmerising about those cam chains and the paths they run inside the engine. 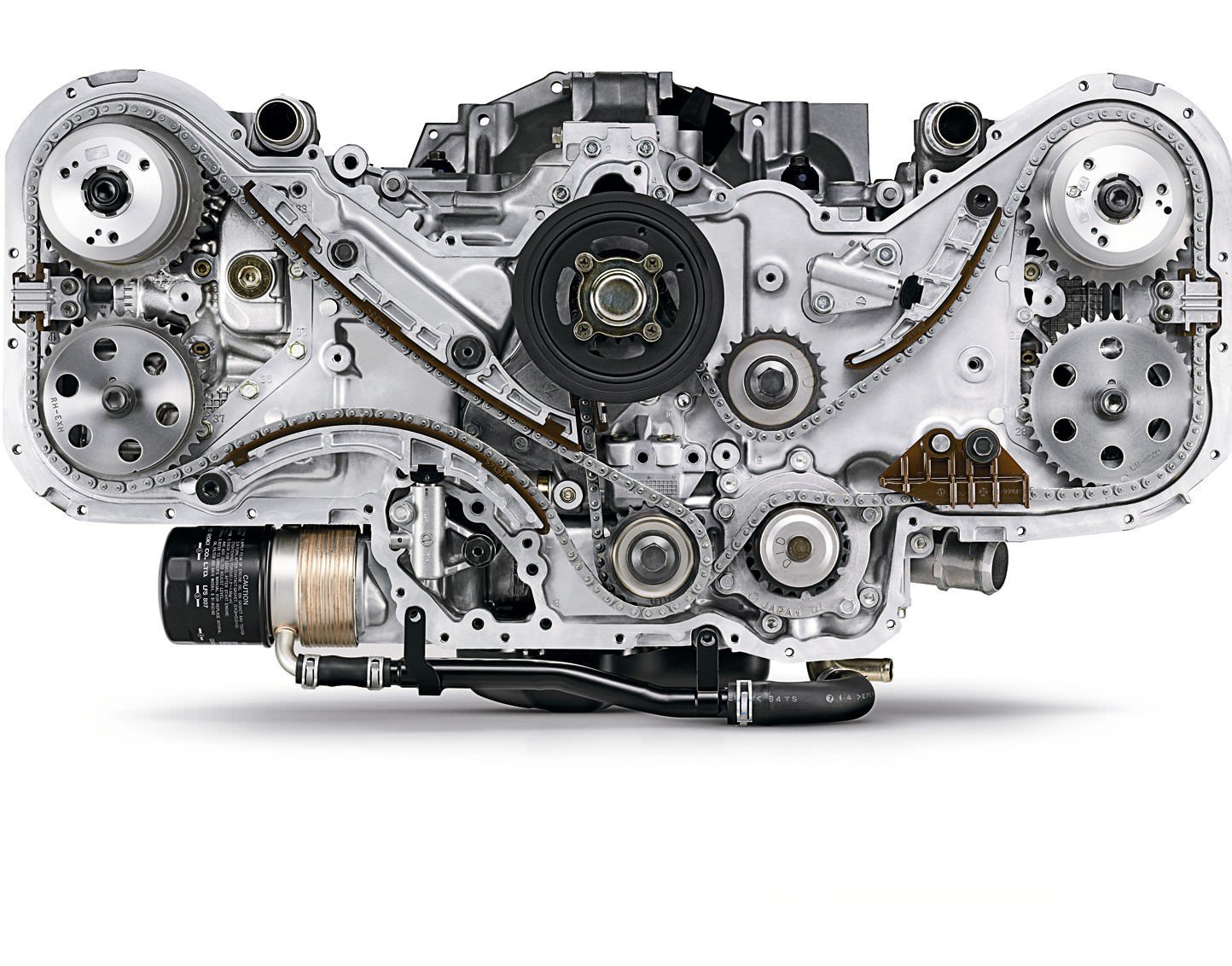