The Grounding of the Princess May 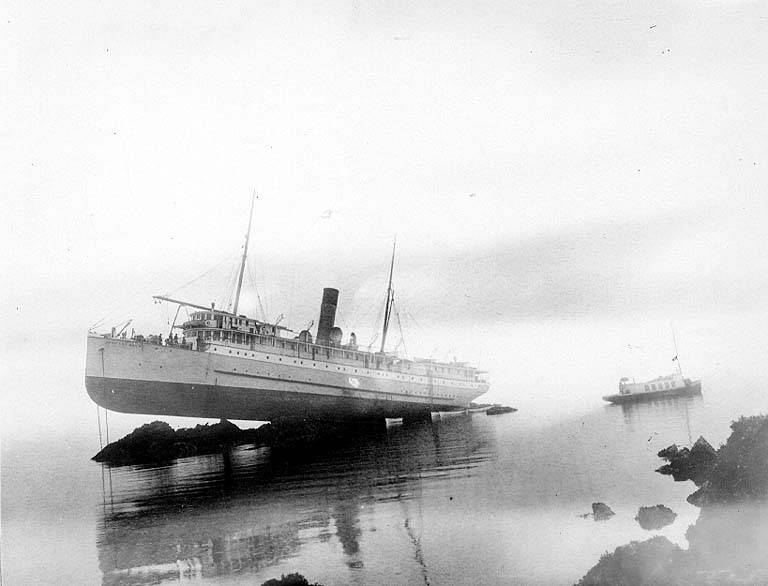 The Grounding of the Princess May is one of the most famous shipwreck photographs in the world, after she ran aground in 1910 the photographs spread around the globe with startling speed and the stories of heroism on board began to emerge from the survivors.

On August 5, 1910, the Princess May departed from the port of Skagway in Alaska with 68 crew, 80 passengers aboard and a huge load of gold from Alaska’s booming gold rush. She was powering down the Lynn Canal at 10 knots through an impermeable fog when the hull hit an underwater reef off the north end of Sentinel Island. The ship’s weight and speed meant that it’s momentum drove it hard up onto the rocks, the reef tore through the hull and began flooding the engine room.

The Princess May was equipped with a wireless morse code transmitter however it had not been fitted with auxiliary batteries, meaning that if the engines stopped turning the dynamo, the power to the transmitter would be immediately lost. The wireless operator, W.R. Keller knew this, he was unable to transmit an SOS before power was lost to the ship and so he ran below decks and MacGyvered a functioning electrical connection with the engine room’s lamp battery, using this power he was able to send a short message that simply said “S.S. PRINCESS MAY SINKING SENTINEL ISLAND; SEND HELP”. 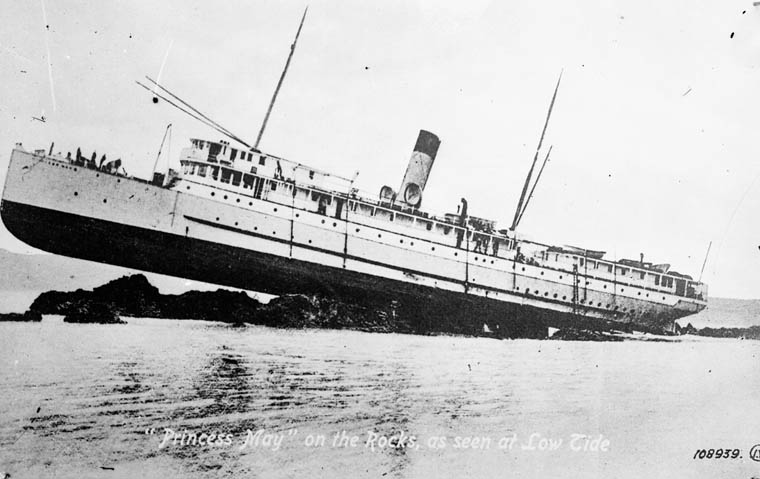 Largely as a result of this SOS message the ship was evacuated safely, W.R. Keller was revered as a hero and all aboard the Princess May were picked up by the Princess Ena.

Amazingly, less than a month later on September 3, 1910, the Princess May was refloated by a salvage crew and towed to port. In total, 120 steel plates along the hull had been damaged with the largest hole being over 50 feet (15 m) long. The ship was repaired at a (substantial at the time) cost of $115,000 USD and resumed her routes by spring 1911.

You can read more about the life and times of the Princess May here, including pirate attacks in China and a retirement in the Caribbean. 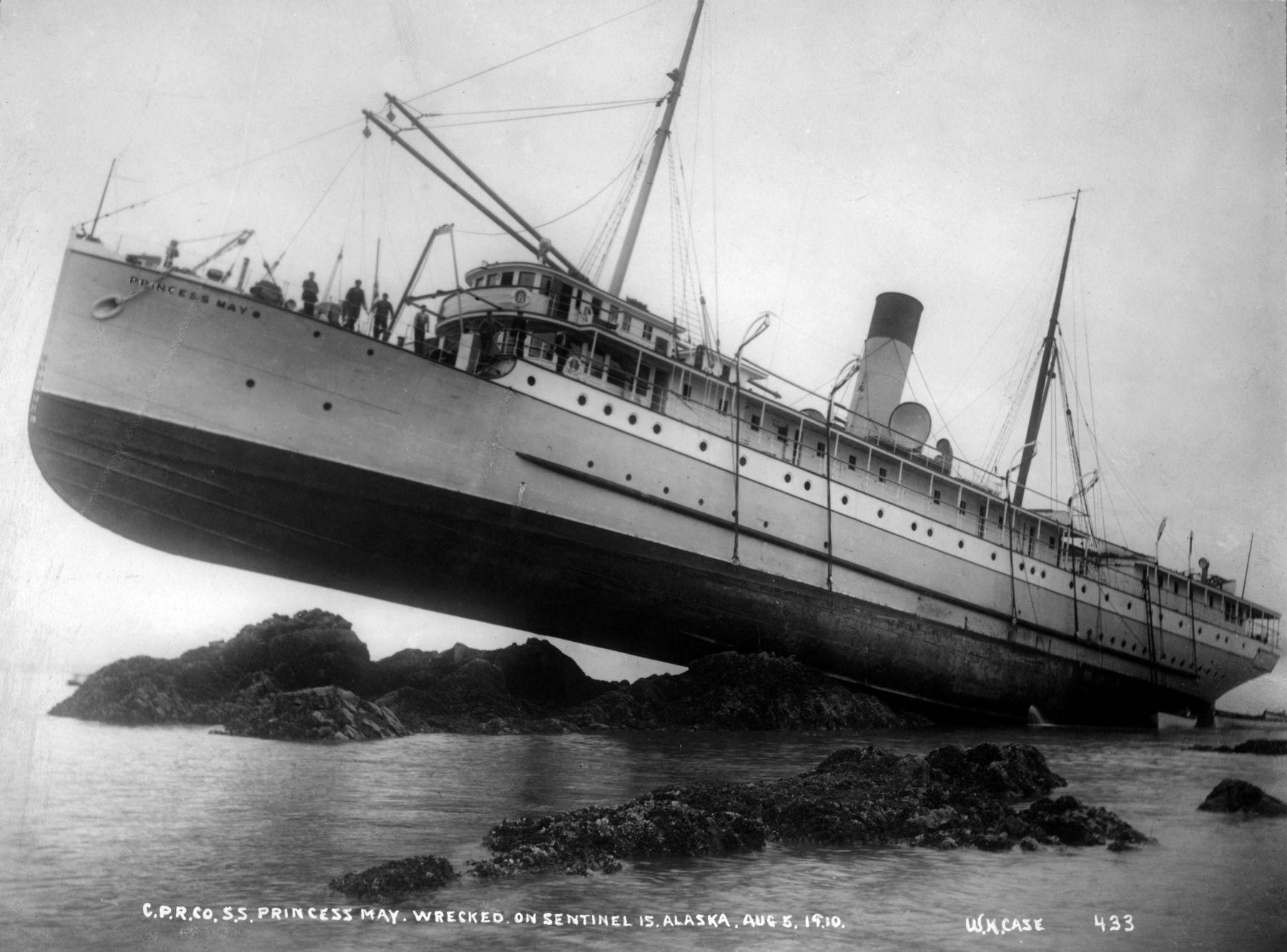 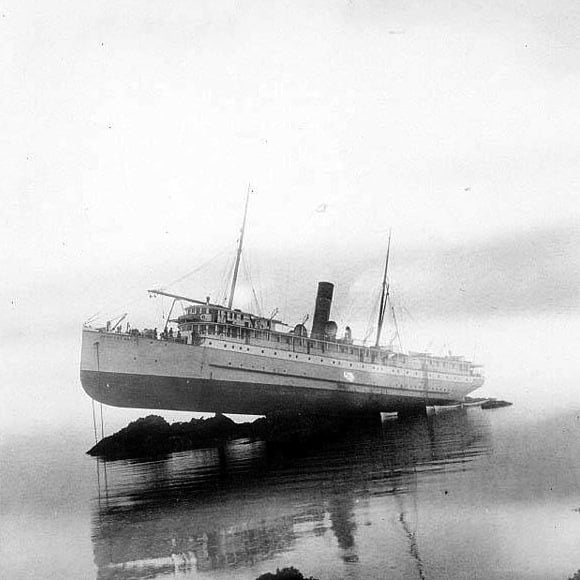