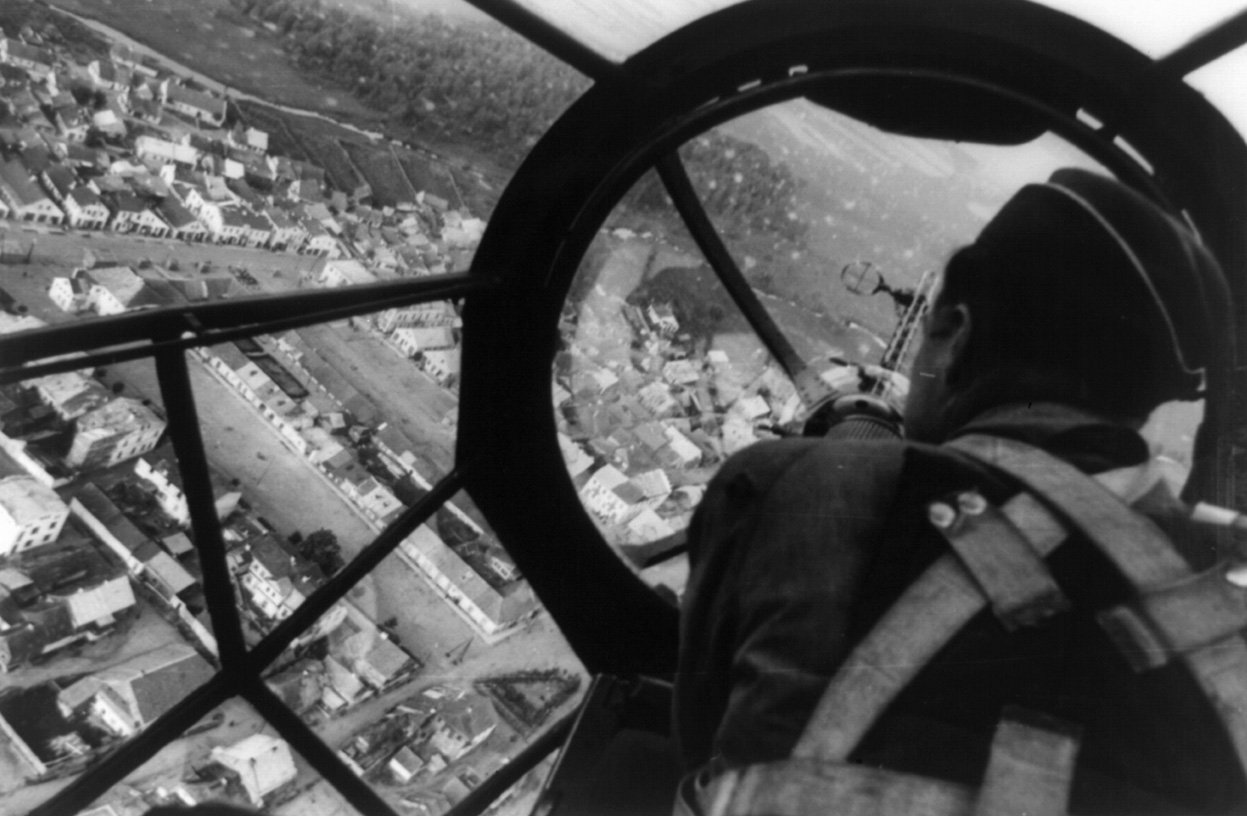 This captivating shot gives you a 3rd person view out the turret of a German bomber, sadly which of Germany’s WWII bombers it is but if you know, tell us on Twitter here or Facebook here and we’ll update this page.

UPDATE: This is the Heinkel He 111 German Bomber – You can read more about it via Wikipedia here and thanks to our Facebook Corps for the quick identification.