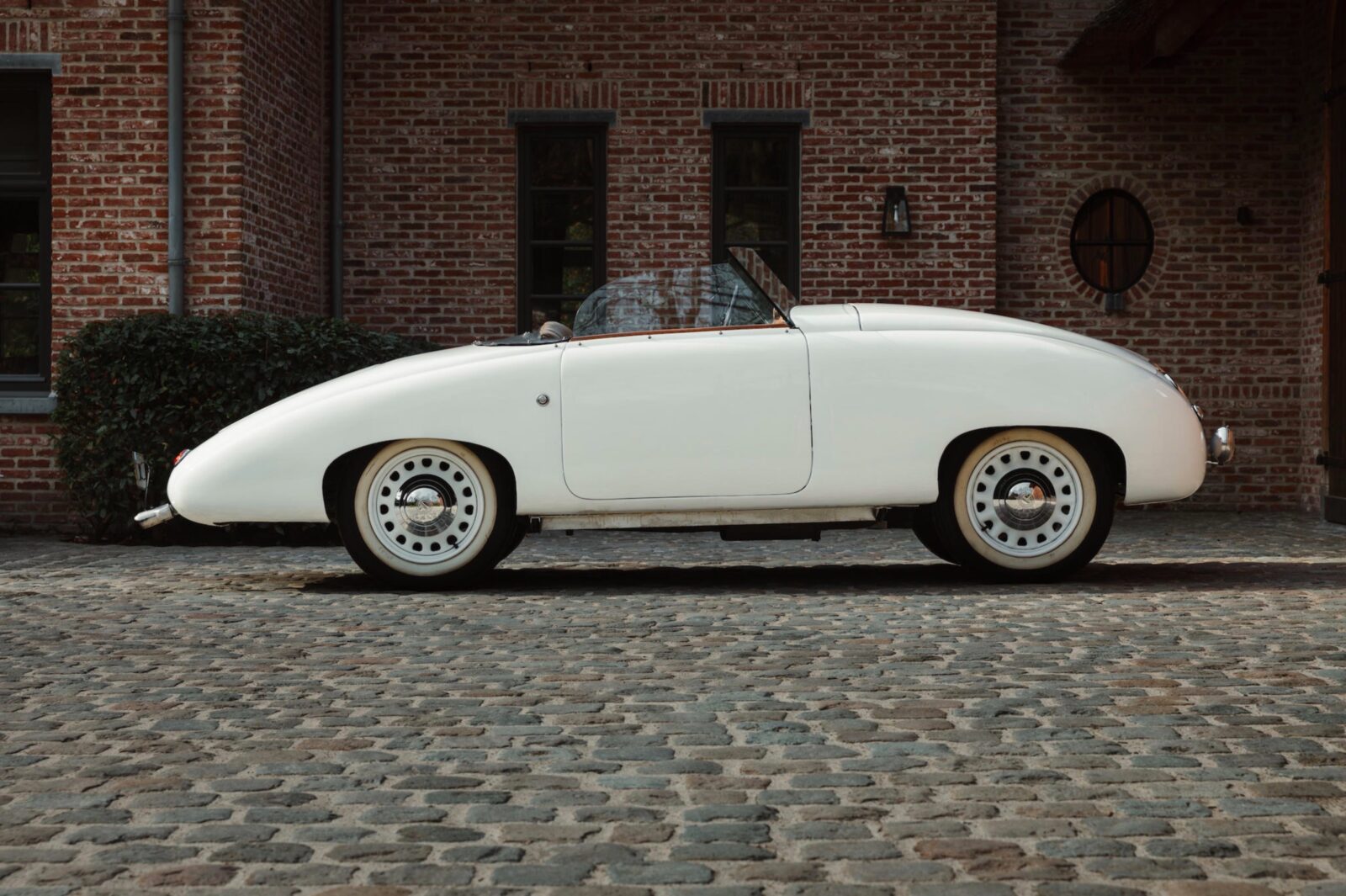 This is the only example of the Georges Irat Sports Two-Seater that was ever made, it’s a prototype that was designed to kickstart the French company’s automobile production in the time immediately after WWII.

There can be no denying that this was a cleverly designed car with advanced aerodynamics, a lightweight magnesium chassis and body, and a a 1,100cc flat-four engine. The reason it didn’t go into production had nothing to do with the quality of the car and everything to do with the state of the French economy at the time.

The sleek styling won the car accolades when it was first displayed at the 1946 Paris Salon, however France was recovering from the ravages of WWII and Nazi occupation and sports cars weren’t a signifiant priority. As a result the car would never reach production, and the example you see here would be the only one ever built.

Automaker Georges Irat had produced its first car back in 1921, the company was named after its French founder – Georges Irat. Over the course of the boom years of the 1920s Georges Irat made a name for itself building beautifully designed sports cars that were powered by either imported American Lycoming engines or in-house developed Georges Irat engines.

One thing that set the company apart from its rivals was its remarkable ability to quickly evolve when required to stay in business. When the Great Depression hit in 1929 the company struggled for a few years before inking a deal with Godefroy et Levecque, makers of the Ruby engine, to use their engines and move car production to their facilities.

After the outbreak of WWII in 1939 and the invasion of France in 1941 Georges Irat quickly pivoted from gasoline to electric car production – correctly assuming that gasoline supplies would become increasingly scarce across France and Europe which would open up a market for electric cars.

Above Image: The unusual prototype has a magnesium body and a large “cyclops central headlight.”

Small batches of these electric vehicles were built, both a two-seat convertible and a two-seat minivan were offered, however by 1942 supplies of metals and rubber had dried up and production was forced to cease.

At the end of the war in 1945 supplies of steel and gasoline were strictly rationed and hard to come by, and it was clear that large flashy cars were going to be frowned upon, and possibly impossible to put into production. As a result the decision was made to develop the car you see here with its magnesium body and chassis, small-capacity engine, and its elegant aerodynamic styling.

Despite the interest surrounding it cars like this Georges Irat prototype weren’t destined to succeed. Instead it would be designs like the Citroën 2CV that would find favor and entire mass-production.

This wasn’t the end for Georges Irat however, the company displayed the car at auto shows three times in various guises before it was relegated to storage and the company was closed. Although his namesake company would cease to exist Georges Irat himself was never one to quit.

He founded a new company named Société Chérifienne George Irat in Casablanca, Morocco. With this new company he would develop and release the VdB or “Voiture du Bled” – an exceedingly minimalist car influenced by the American Jeep. 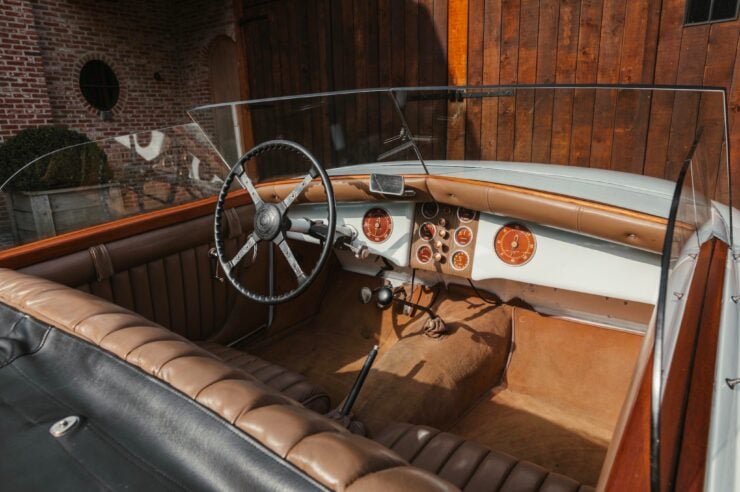 Above Image: The car has seating for two, a central gauge cluster, wind up windows and a beautiful frameless windshield.

The tiny VdB was powered by a rear-mounted Panhard engine, for the sake of simplicity it was rear-wheel drive only but it was fitted with a locking differential and a low range transfer case for use off-road. The vehicle was highly capable too, it could climb a 40% grade, cross a 60 cm (24 inch) deep river, and due to its low weight it could be physically pushed and pulled over or around most obstacles.

Of all the designs from Georges Irat the one shown here really is the one that got away. Small sports cars from Britain proved hugely popular in the American market after WWII and had Irat managed to get this car into production there’s no telling what alternative future may have existed for the company.

As it stands today the body from the prototype was discovered at the Georges Irat factory in Bègles, it had been shaped by the famous Parisian coachbuilder Labourdette and sadly it was all that was left of the car – the chassis and engine having been removed for some other purpose.

Some considerable thought was given to what to do with the historically significant body. In the end it was decided to fit it to a chassis from a fellow French automaker from the same era, a chassis by Simca, and the car is powered by a matching Simca engine.

In its current form the car remains 100% French and it can be driven on the road, displayed at shows, and parked in private collections of museums. The unusual design doubtless draws crowds, with its larger central cyclops headlight and its two regular lights up front. The windshield is a beautifully frameless design and the car has seating for two, after which the body sweeps away down to the ground behind. 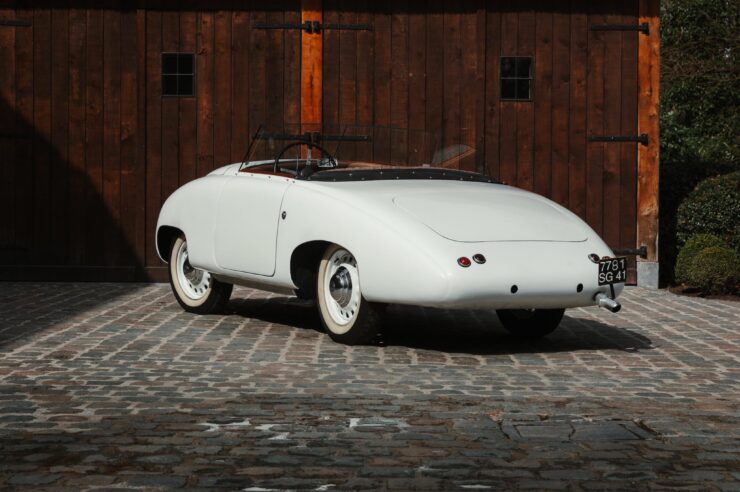 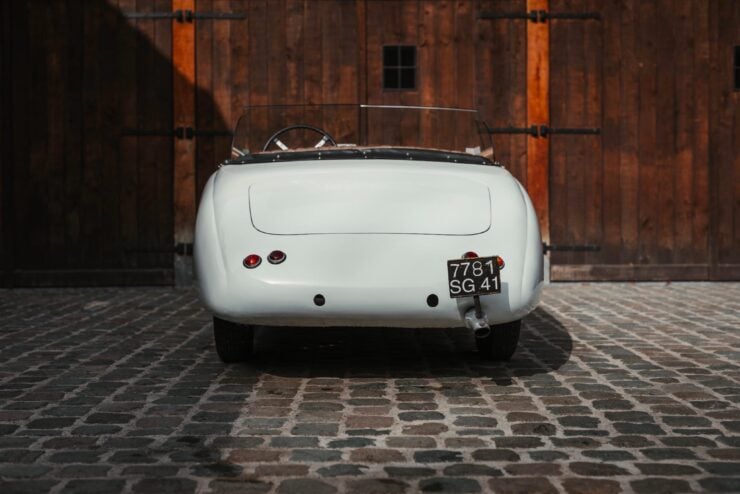 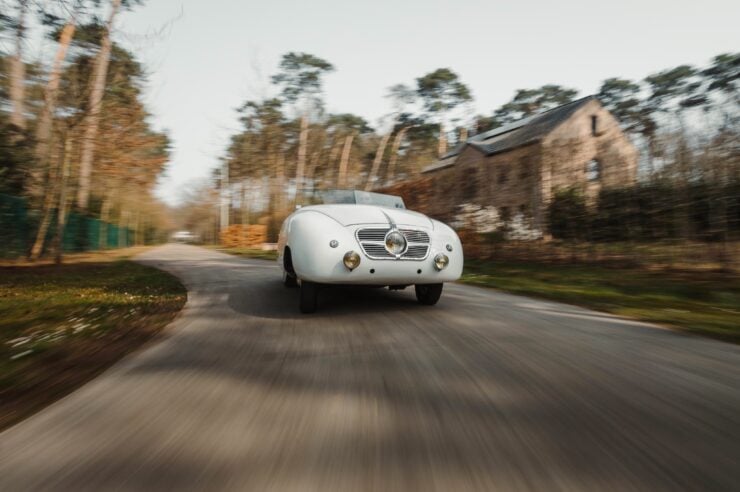 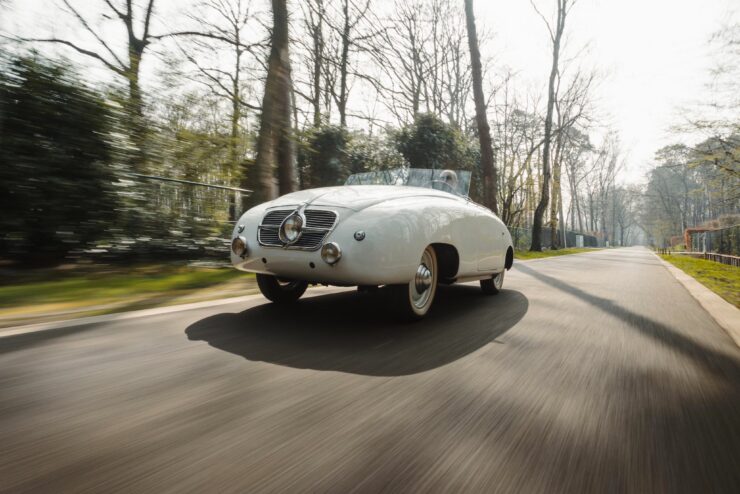 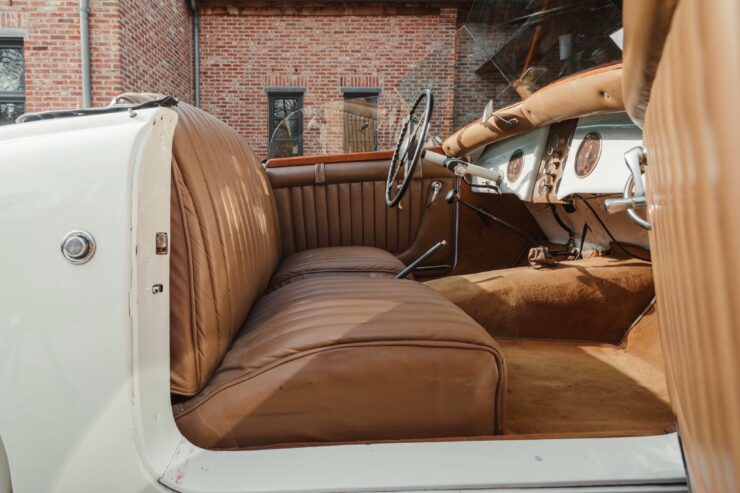 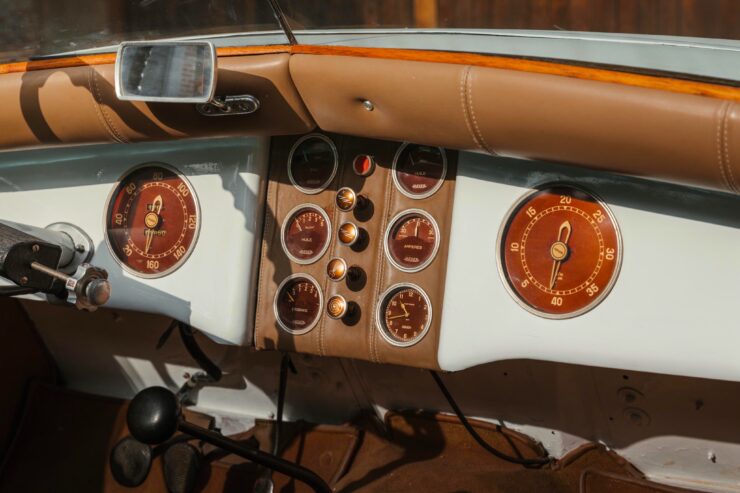 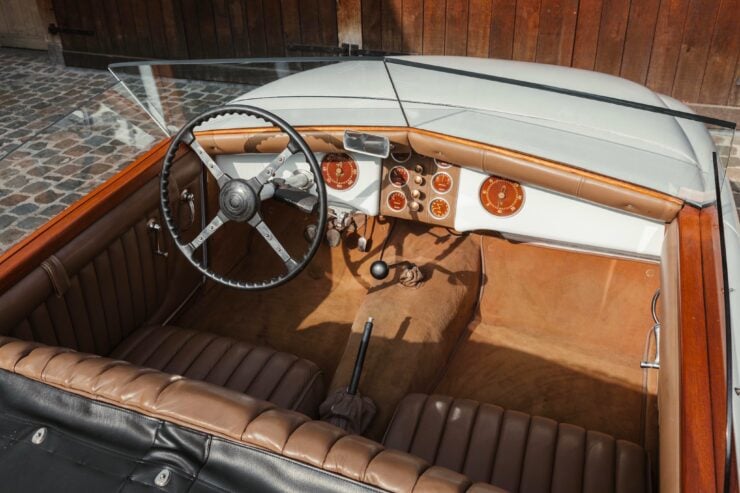 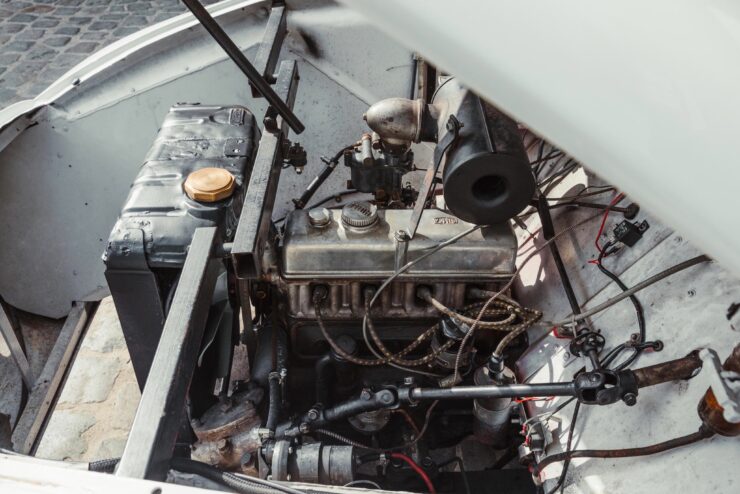 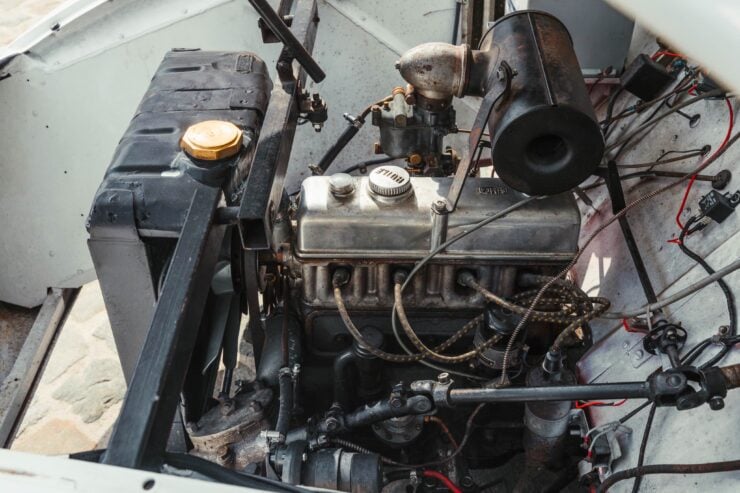 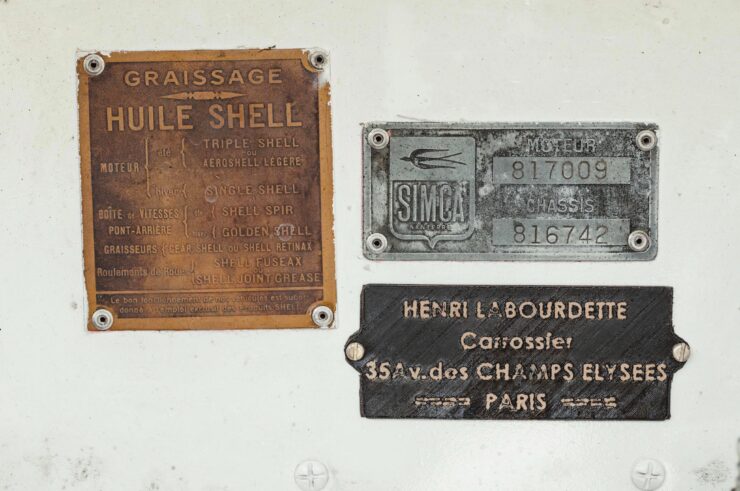 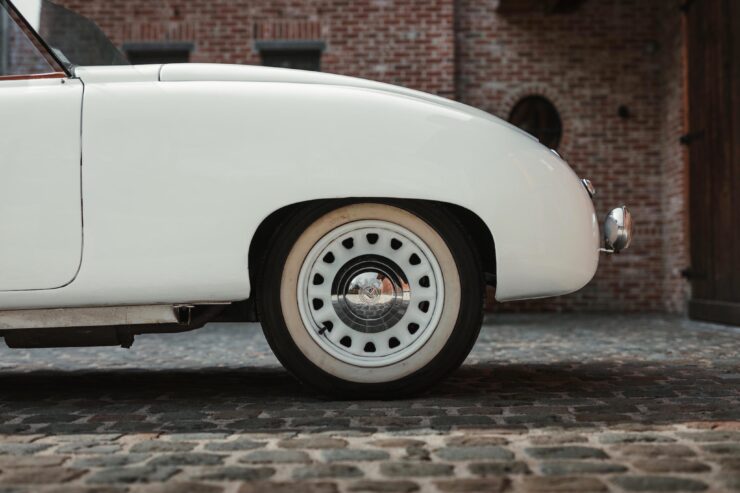 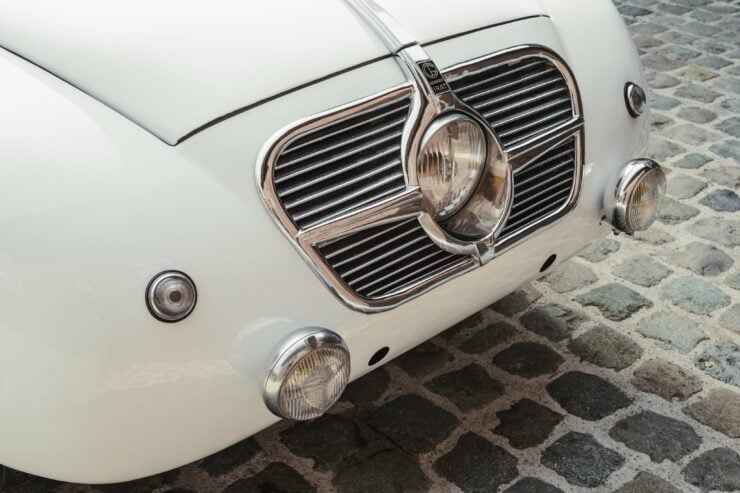 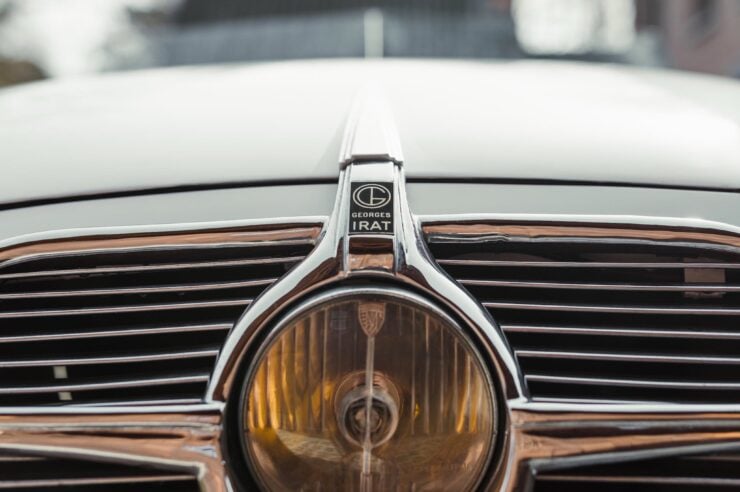 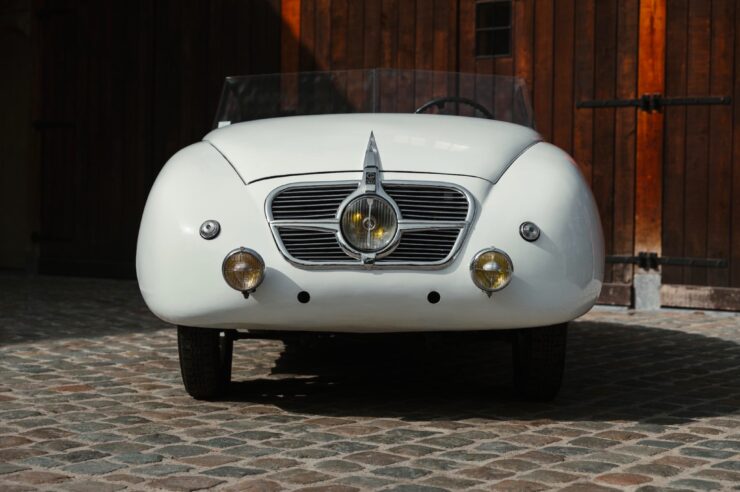