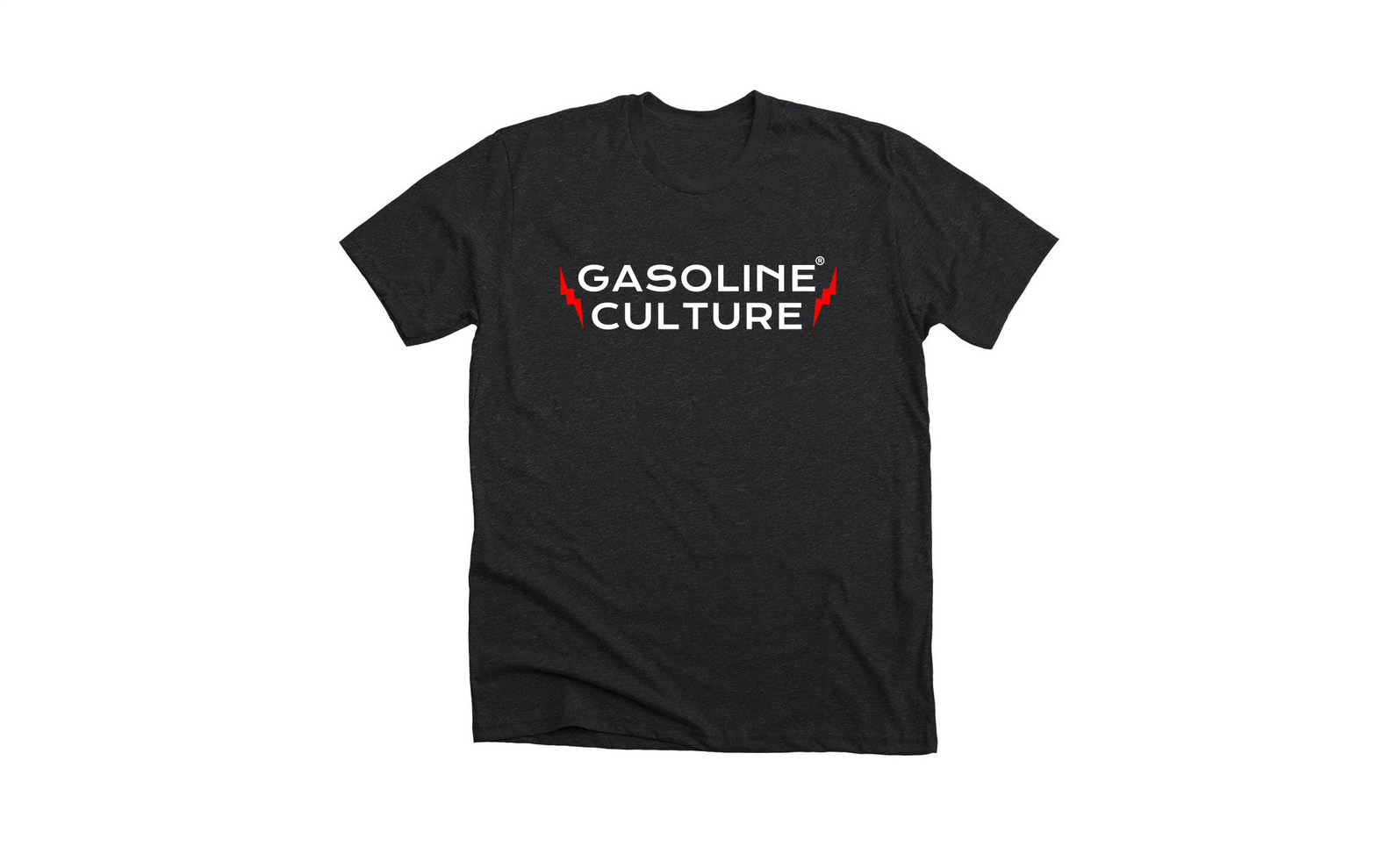 This is the all-new Gasoline Culture ⚡ Red Lightning t-shirt.

The term “Gasoline Culture” was invented by us in 2011 and it proved so popular we had to trademark it to stop people stealing it! We found people selling t-shirts containing the phrase, setting up websites, social media accounts, and one company even started selling bumper stickers.

For the first time you can now buy an authentic, original Gasoline Culture t-shirt, and help support Silodrome at the same time. T-shirts are a wardrobe staple for many of us, instead of buying and wearing mass-produced sweatshop t-shirts we wanted to offer an alternative – 100% of all profits generated from these t-shirt sales goes directly to keeping Silodrome alive and kicking.

Each of these t-shirts is made from an exceptionally comfortable 60/40 blend of cotton and poly, the fabric is both combed and ringspun for a soft texture and a premium feel, and it’s offered in three colours – charcoal, dark heather grey, and black.