This is a complete Gabb Accro-Matic radial engine compression testing system that dates back to the Second World War.

Rather than having to test each cylinder individually, which could very well take all day, this system allowed aircraft mechanics to screw each tester into a cylinder’s spark plug hole, then crank over the engine and get a compression reading for all cylinders.

These compression testers work in the same basic way as older-style tire pressure gauges – the pressure pushes a rod out and by measuring how far out the rod has come, you get your pressure reading.

Radial engines were used extensively during WW2, in fact the single most prolific engine on either side of the conflict was the Pratt & Whitney R-1830 radial, with 173,618 in service. By comparison the second most prolific engine was the legendary Rolls-Royce Merlin (also built under license by Packard) with 165,000 in service.

The R-1380, better known as the Twin Wasp, is a double row radial engine with 14 cylinders arranged into two seven cylinder radial engines front and back. This would become the single most produced piston aircraft engine in history, largest due to the fact that it was used in two of the most-produced aircraft ever built – the Consolidated B-24 Liberator heavy bomber and the Douglas DC-3. 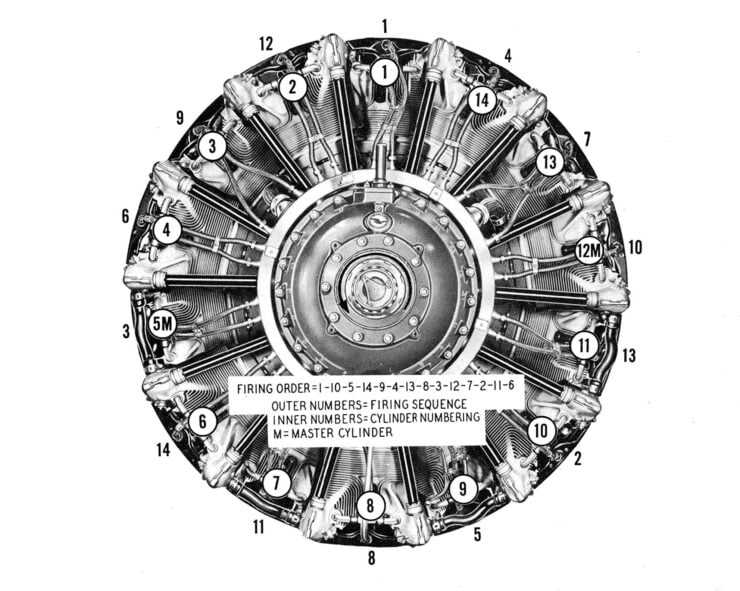 Above Image: A photograph of the Twin Wasp shown from the front with the cylinders numbered. The model name may seem like a mouthful but the “R” simply stands for “radial” and the “1830” is the engine’s swept capacity in cubic inches.

The B-24 Liberator was fitted with Pratt & Whitney R-1830 Twin Wasps, making for a total of 56 cylinders on each aircraft. This makes the ability to test all cylinders on a single engine at the same time a significant time saver.

Complete kits like this only very rarely come up for sale, I’ve only ever seen one other and that was many years ago, so for collectors or potentially for owners of aircraft fitted with radial engines, this is an unusual opportunity.

The seller on eBay is asking for $2,000 USD and he’s rightly intending to sell them as a complete collection in their original wooden box rather than separating them out. 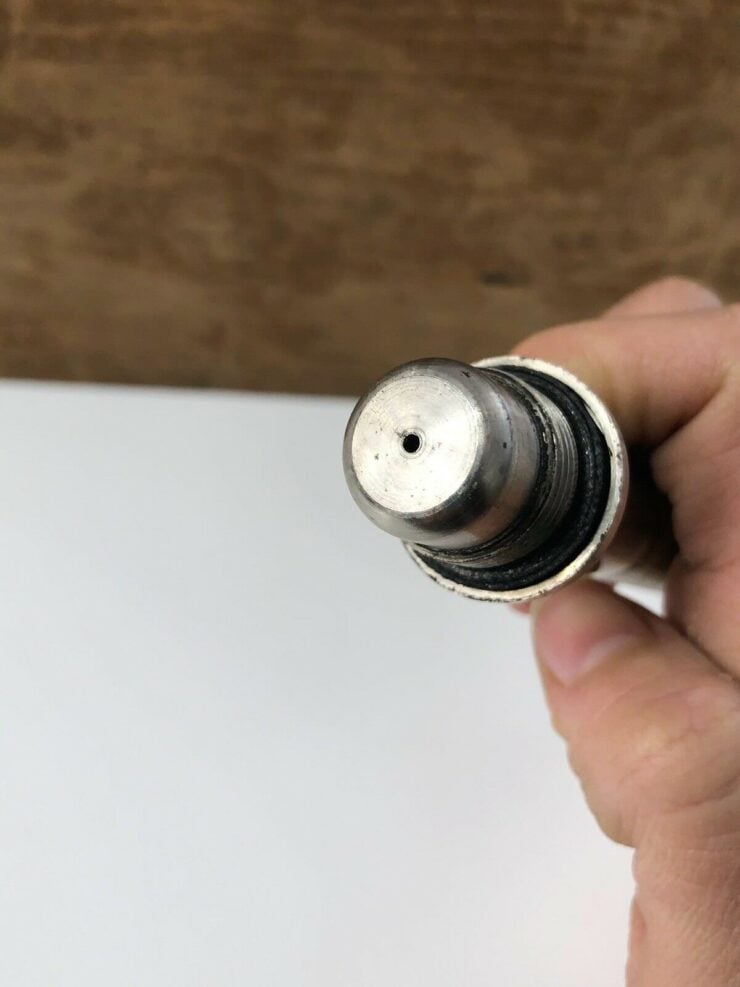 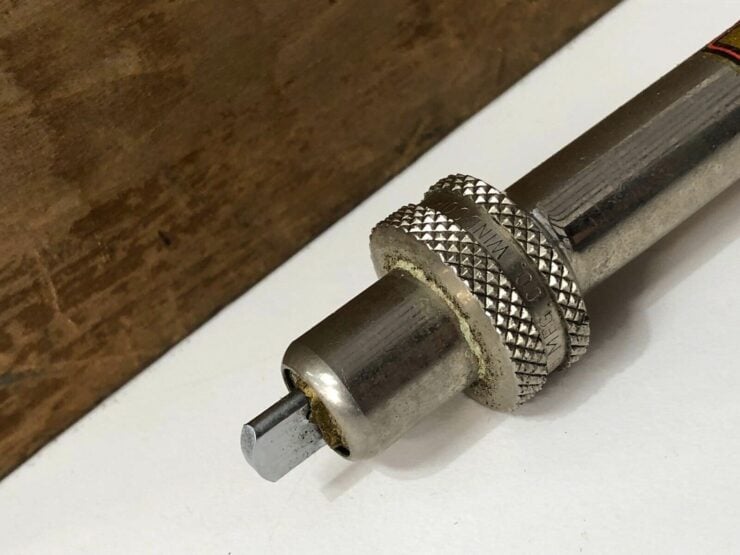 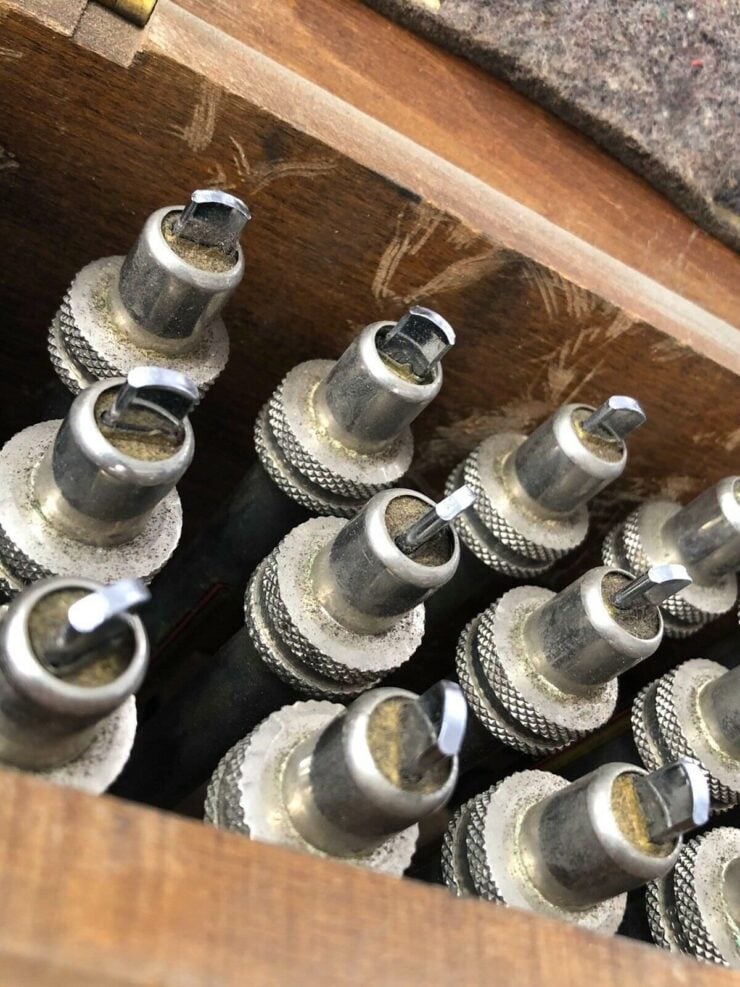 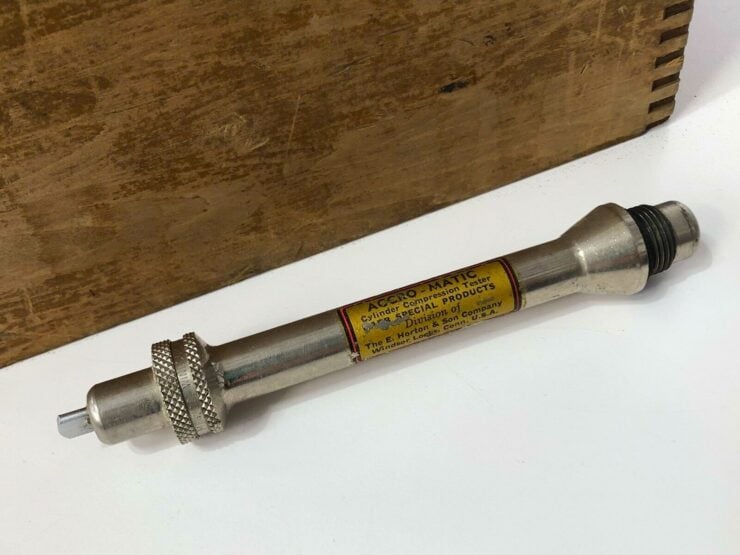 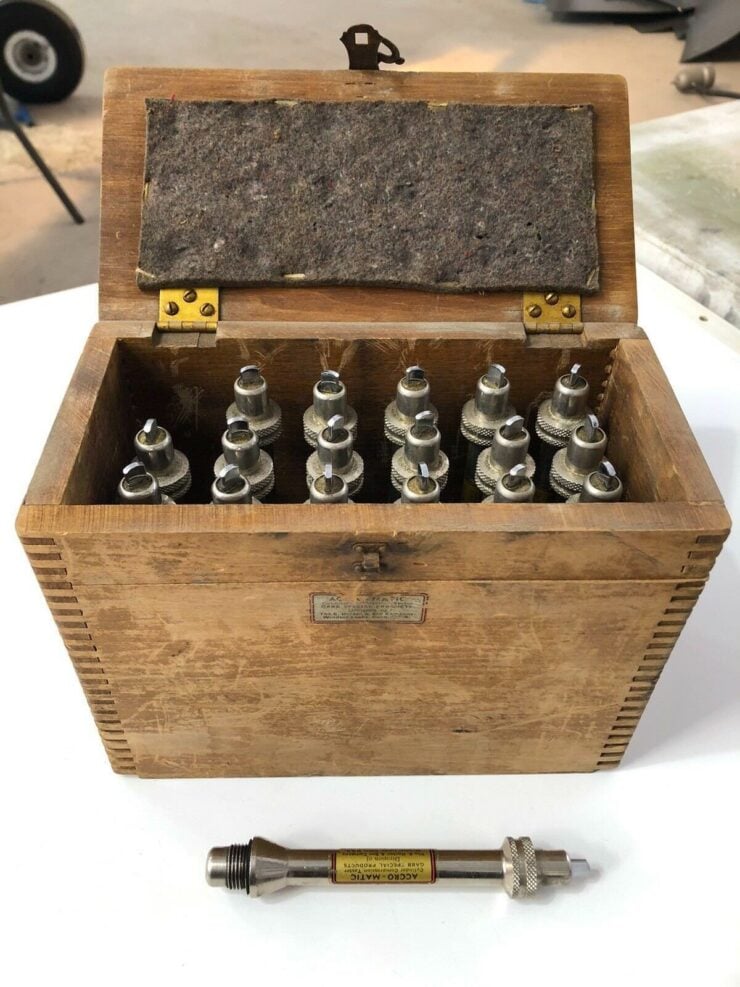