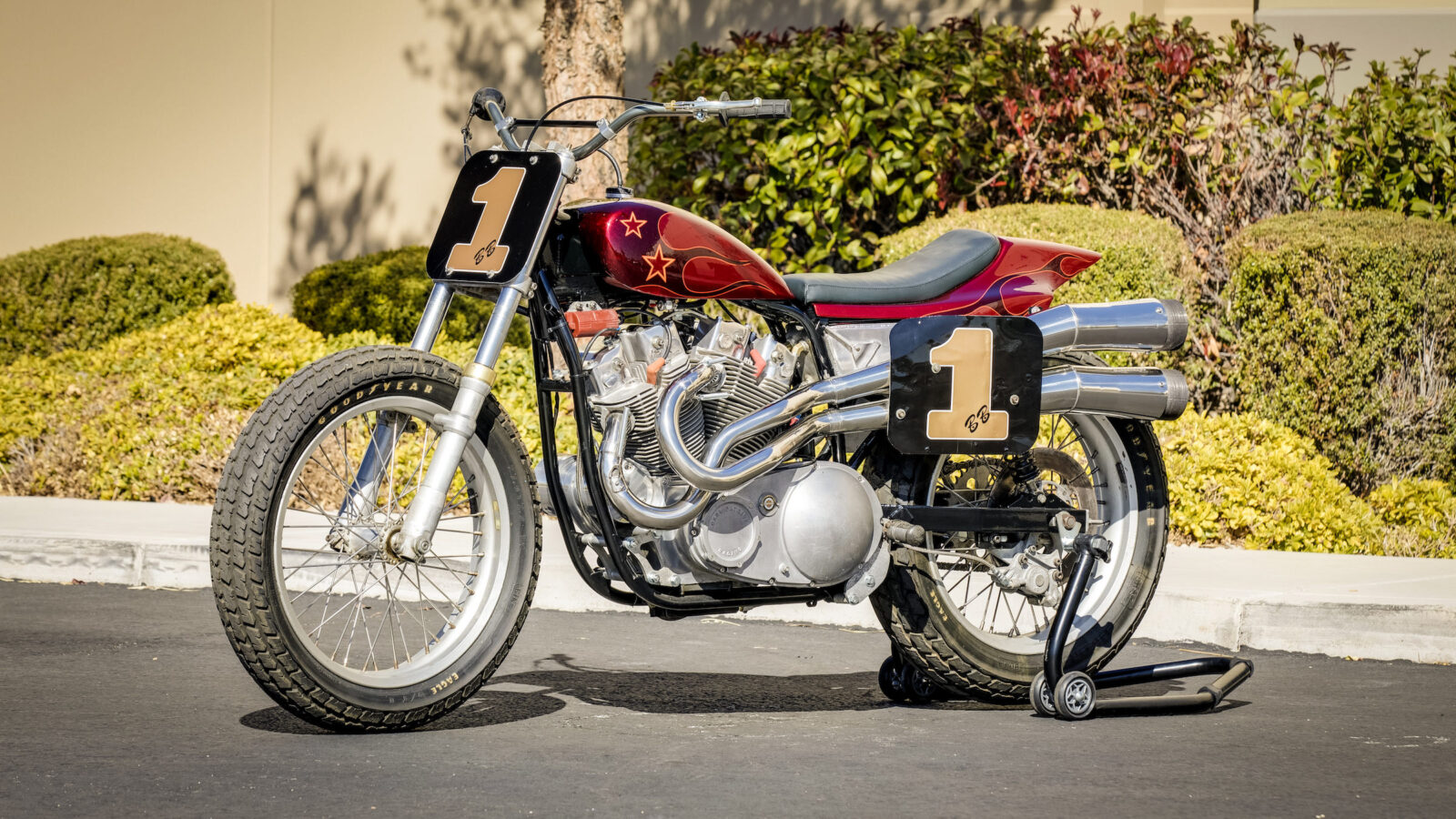 This Harley-Davidson XR750 Flat Tracker from the year 2000 was originally owned by Bubba Blackwell, a stunt performer widely regarded to be the natural successor to American icon Evel Knievel.

The XR750 was Knievel’s favorite stunt bike and he rode a modified example from 1970 until his retirement in 1977. It would be on the XR750 that Knievel would set many of his most famous records, and so Blackwell has used the same same model to beat each of Knievel’s records and set the bar even higher.

The Harley-Davidson XR750 was rapidly developed by the Milwaukee-based motorcycle marque starting in 1969. The bike was built with one goal in mind – returning Harley-Davidson to the top step of the podium in AMA flat track racing competition.

Up until 1969 HD had benefitted from the rules governing Class C, which allowed side valve engines to be up to 750cc in capacity but limiting overhead valve engines to just 500cc. This rule allowed the Harley-Davidson KR series of motorcycles to stay competitive for far longer that would have been able to without it.

Once this rule was dropped it allowed an influx of British 750cc OHV parallel twins to enter races, and HD knew the antiquated KR series would be no match.

Due to time constraints the engineering team led by Harley-Davidson’s racing manager Dick O’Brien used the 900cc V-twin from the Sportster, with a shorter stroke to give 750cc. 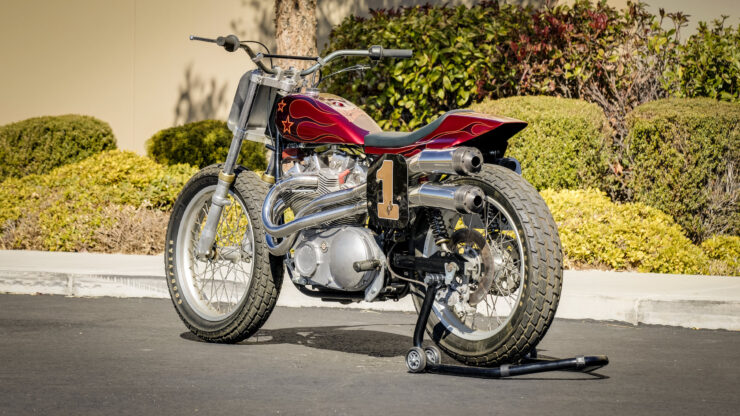 Above Image: The twin exhausts were swept up on the left side of the bike to keep them out of the way when racing.

A series of other modifications were made to the engine to help boost power, and the XR750 would be fitted with a new frame, a twin high-exit exhaust, a pair of wide handlebars for better control, and a uniquely designed fuel tank and seat that would help define the look of the model for decades.

The weight of the new flat track racer was 300+/-lbs depending on specification, considerably lighter than the street-legal Sportster that shared its engine with the new model.

The initial launch of the XR750 was fraught with trials and tribulations, but it would quickly establish itself as the single most dominant flat track racer of all time and arguably as the most successful racing motorcycle in the world.

On top of the fuel tank is the phrase “World’s Only Harley-Davidson Daredevil!”, a tagline used by Blackwell. The engine in this bike was rebuilt in 2008 by XR750 guru Carl Patrick, a highly regarded expert who has tuned many race winners over the years.

The bike was formerly part of the John Howard Collection in Christchurch, New Zealand, and it was recently imported back into the United States.

If you’d like to read more about this bike or register to bid you can click here to visit the listing on Mecum, it’s due to roll across the auction block in late April in Las Vegas and at the time of writing there’s no estimate. 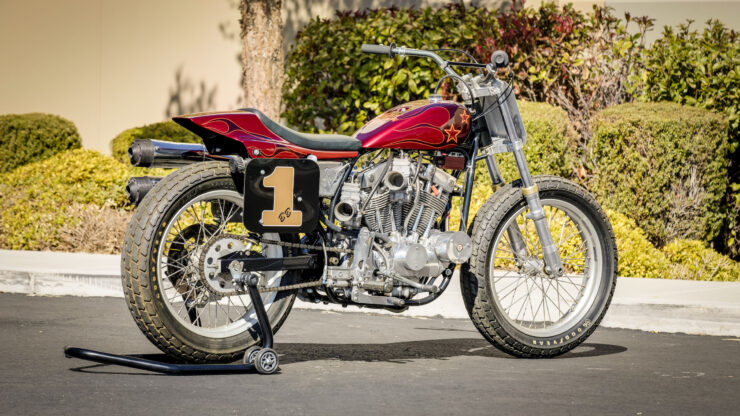 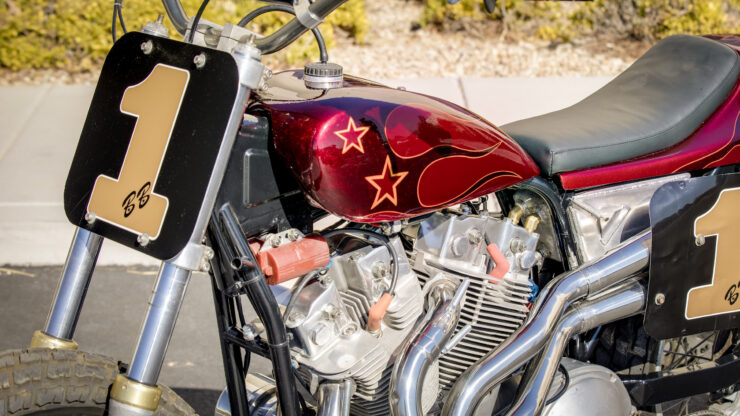 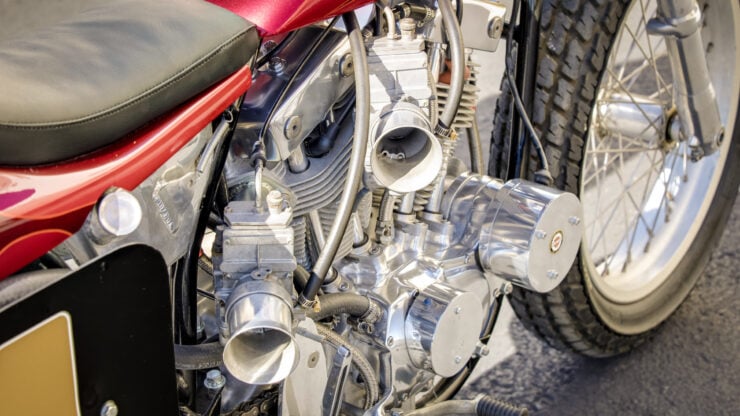 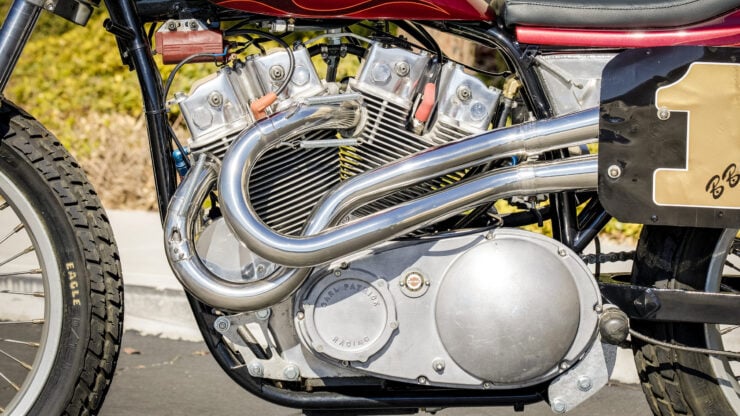 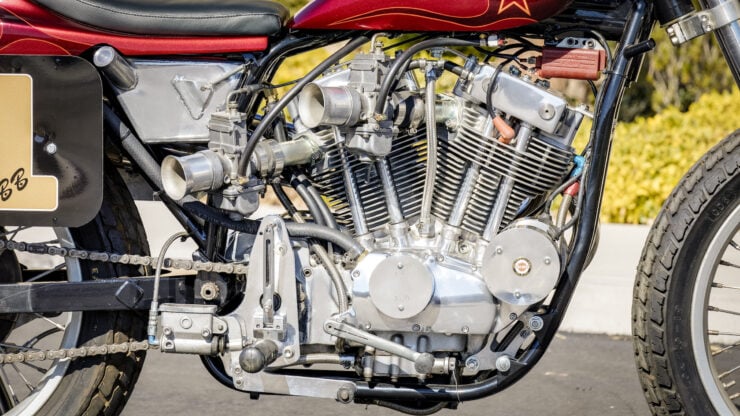 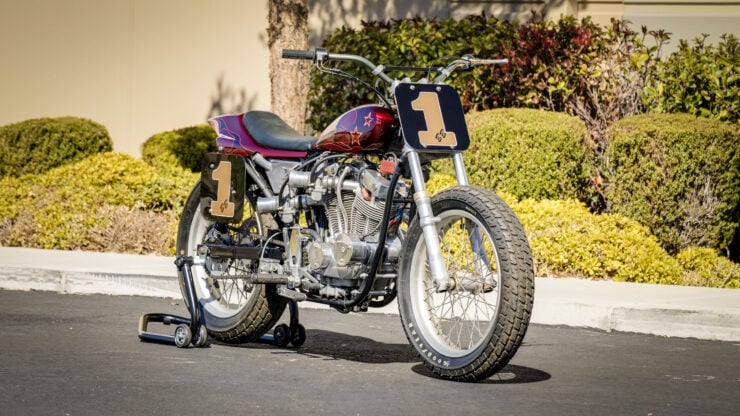 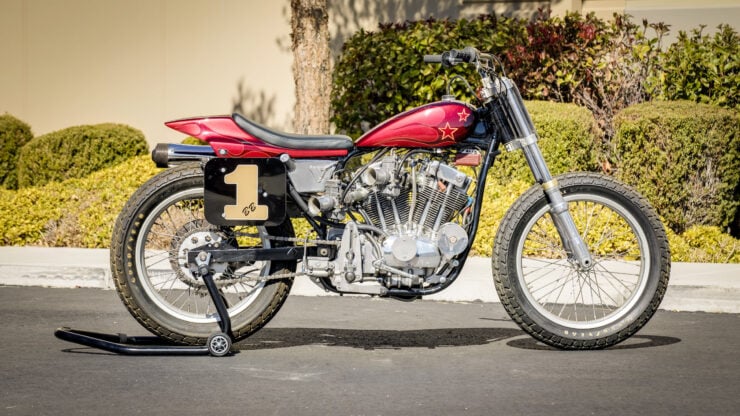 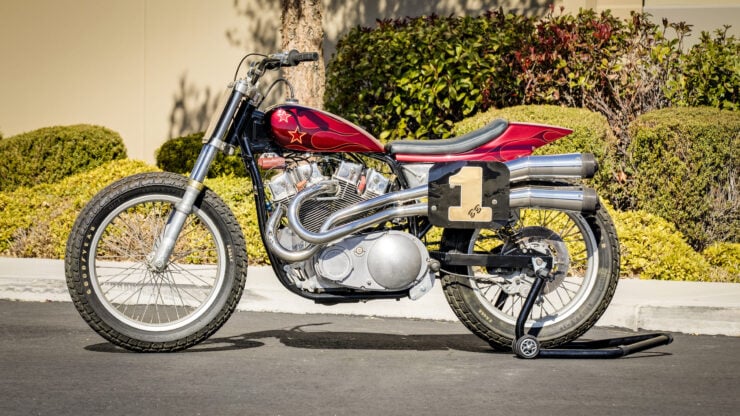 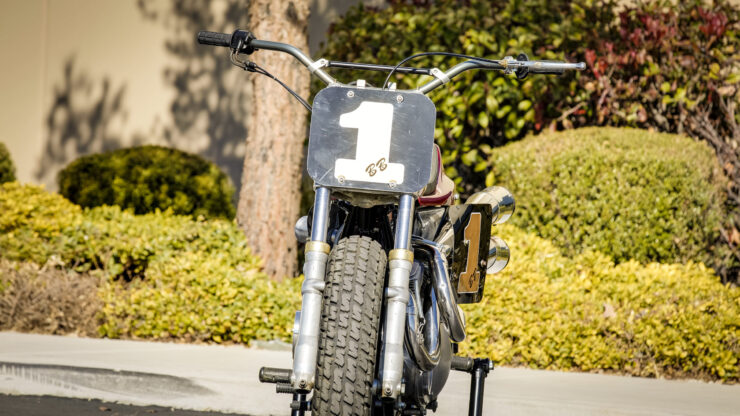 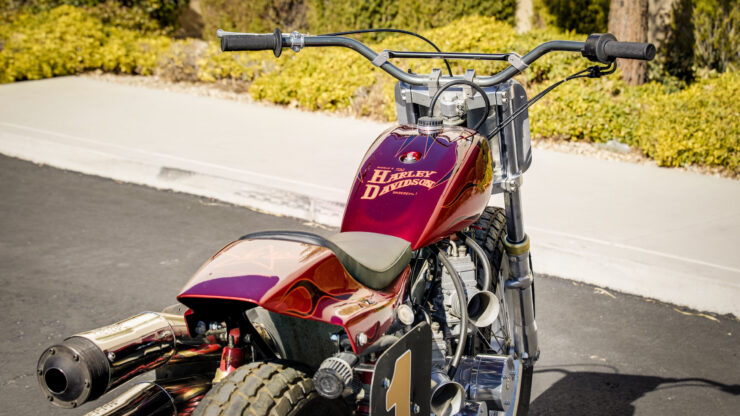