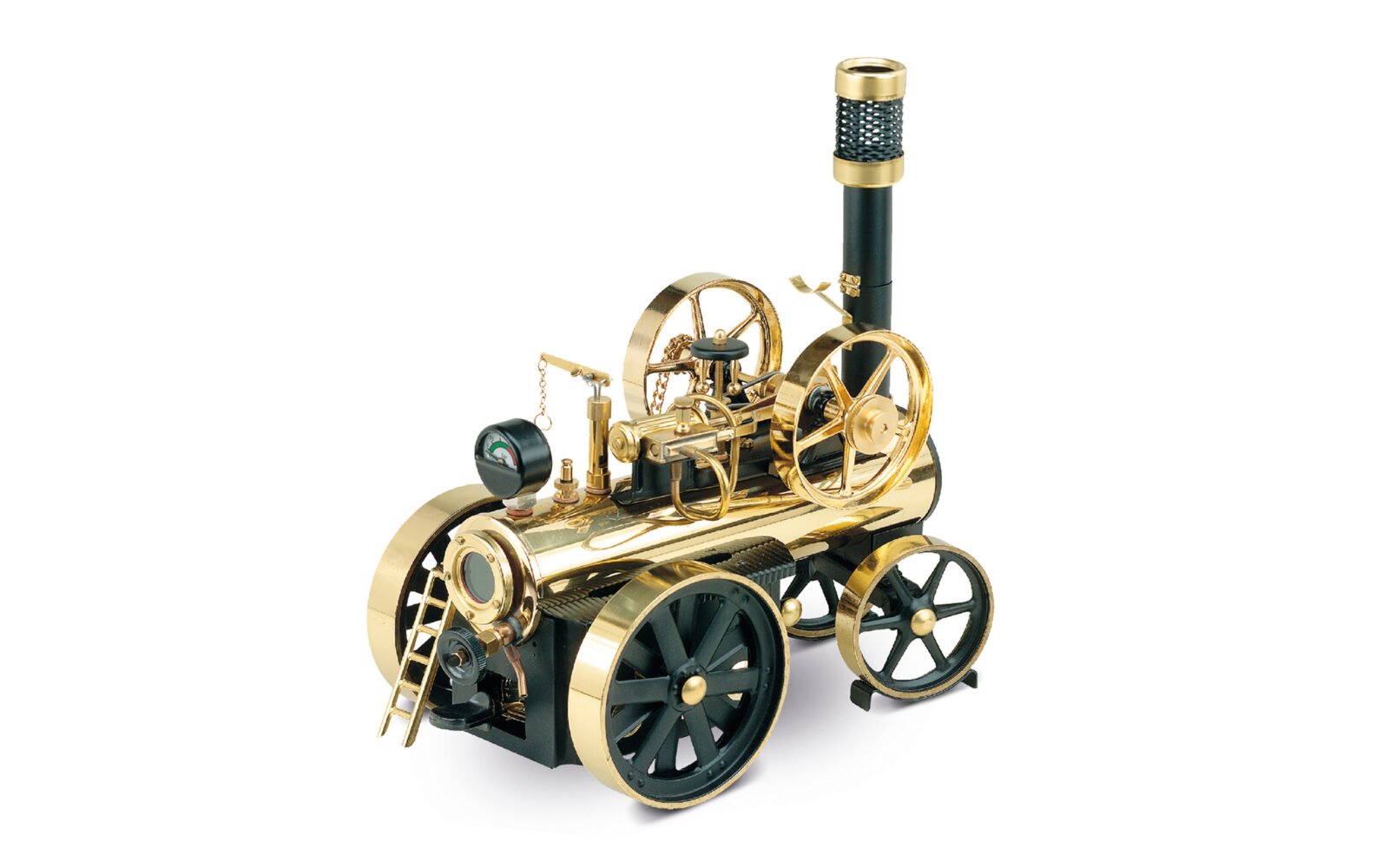 The Wilesco Steam Locomobile D430 is a fully-functioning steam traction engine model that can drive under its own power for as long as the fuel source lasts.

The boiler is 120mm long and 55mm in diameter, it has a sight glass allowing you to check the remaining water level, and a safety valve to stop it from over-pressurizing. Fuel is provided by small pellets loaded into the firebox underneath the boiler, and steam escapes through a folding front-mounted chimney/smokestack. The model measures in at 260mm long by 150mm wide by 210mm high, and it weights 2.2 kilograms.

Twin flywheels send power via a chain drive to the rear wheels, and the front wheels can be turned left and right. The model has a black and brass finish which makes it ideal as a display piece, with the added bonus that it actually works.

Traction engines like this were used between the period of horse-drawn carts and ploughs, and gasoline powered tractors. They were used for everything from load hauling to ploughing fields, although they were heavy they could run all day without rest, unlike horses, and they used inexpensive and readily available coal as their fuel source.

Wilesco is a German company, they’re world leaders in the design and manufacturing of steam powered models, and their product range is extensive. Some models come as kits that you can assemble yourself, and some are supplied fully assembled and ready for action. 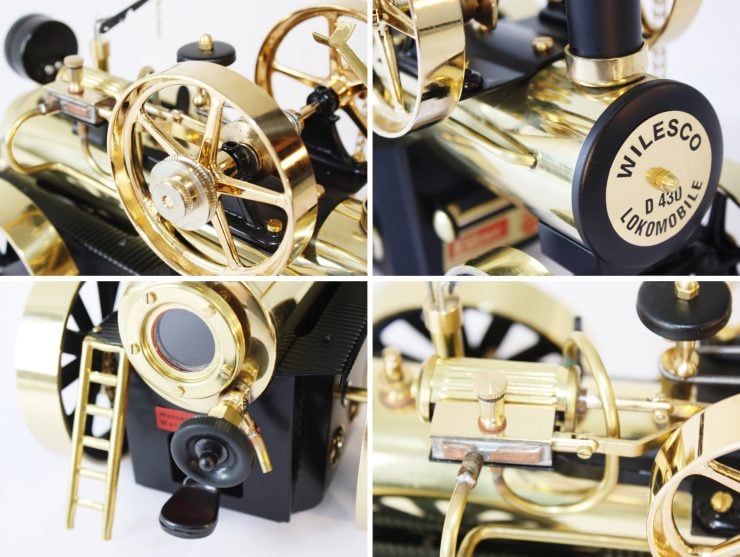 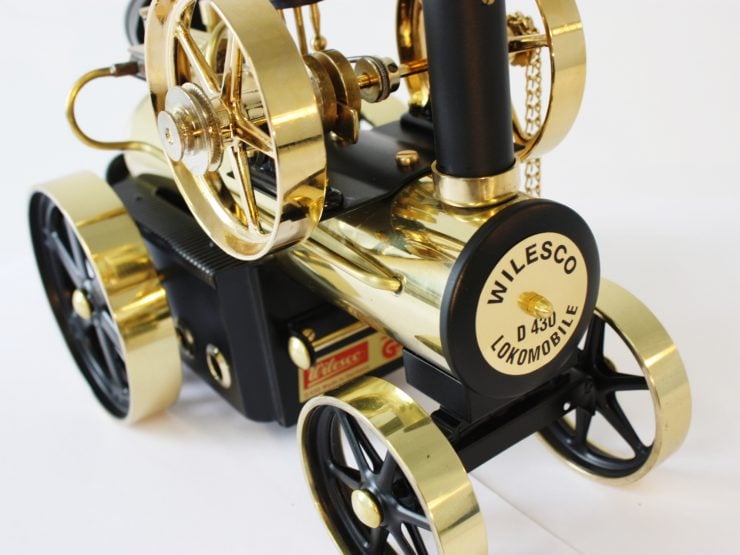 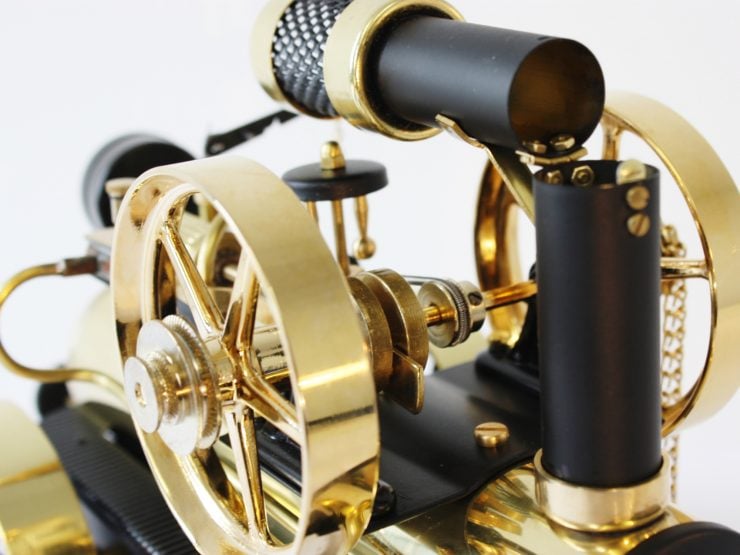 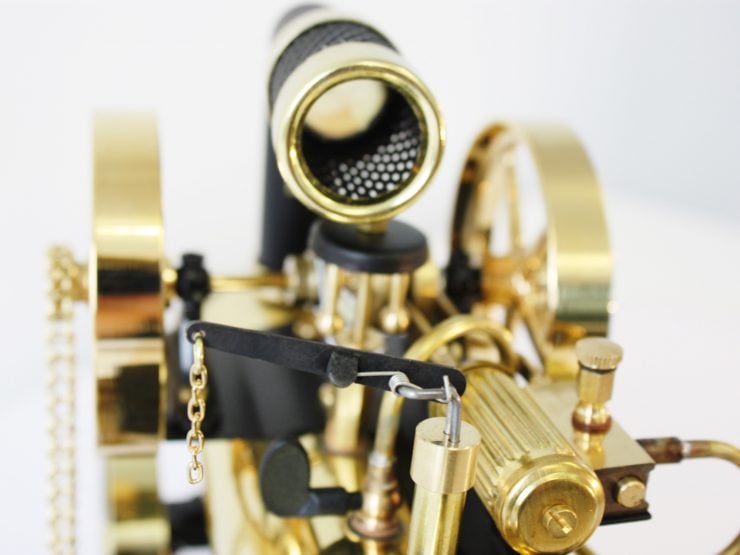 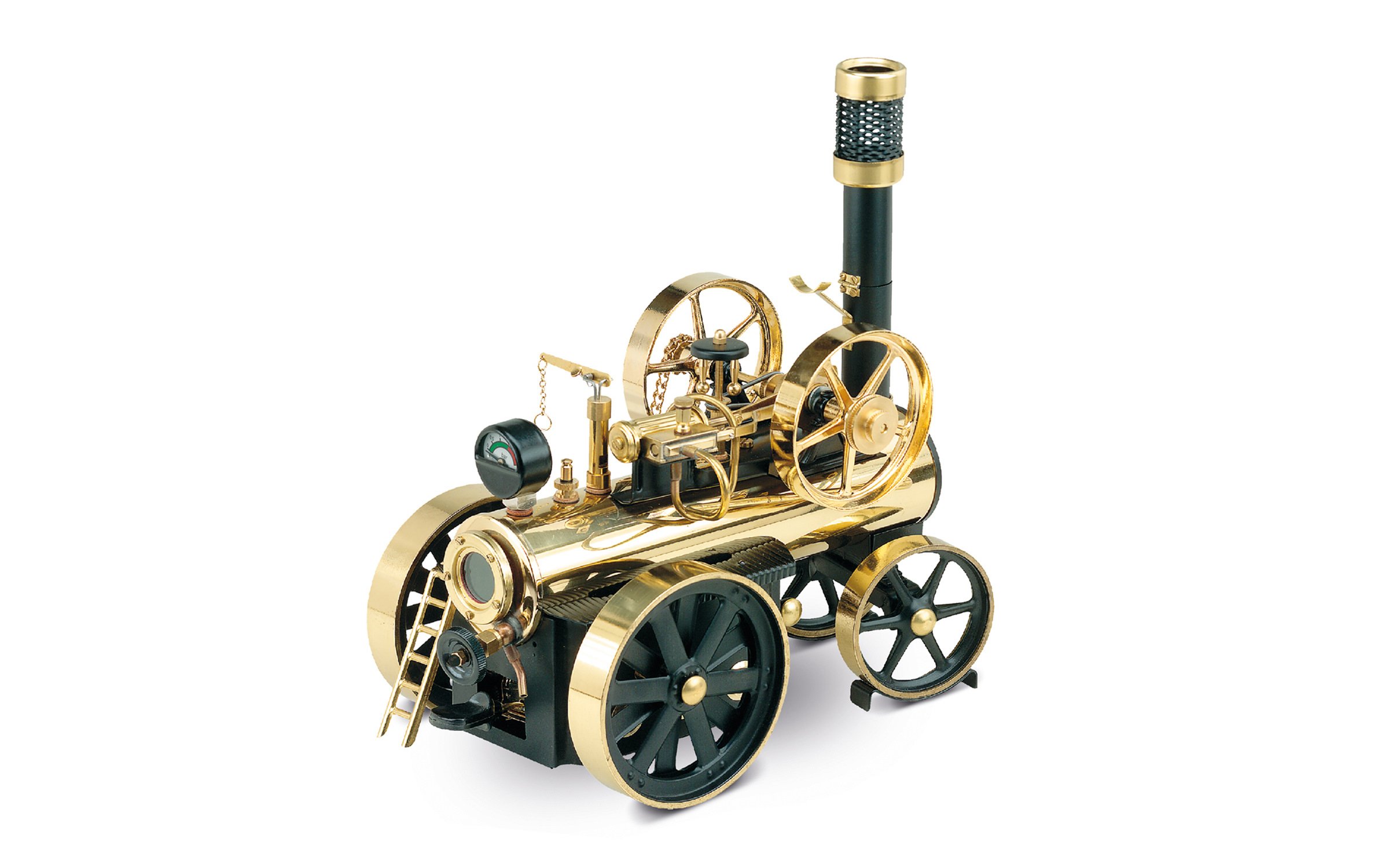